Skip to content
We became well acquainted with the children’s hospital this week. A couple of days after Nash’s surgery, Blake cracked the back of his head open. He was standing on a truck in the family room and fell, gouging his scalp on the corner fireplace tile. I don’t know if I’ve ever seen so much blood. I was hoping to go to our pediatrician to get him fixed up, but when I called they advised me to go immediately to the hospital because he would probably have to be sedated for stitches.
So, we drove back to the ER and the doctor ended up putting staples in his scalp laceration. The injury was under his hair and not in a cosmetic area, so they didn’t have to sedate him to do stitches. Troy met us at the hospital since his office is almost next door. It was the first time he saw either of our boys during the week because it was quarterly roll time again at work (meaning 6am-midnight work days). Therefore, Blake cracking his head open amounted to both a much needed visit with dad and avoiding his nap. 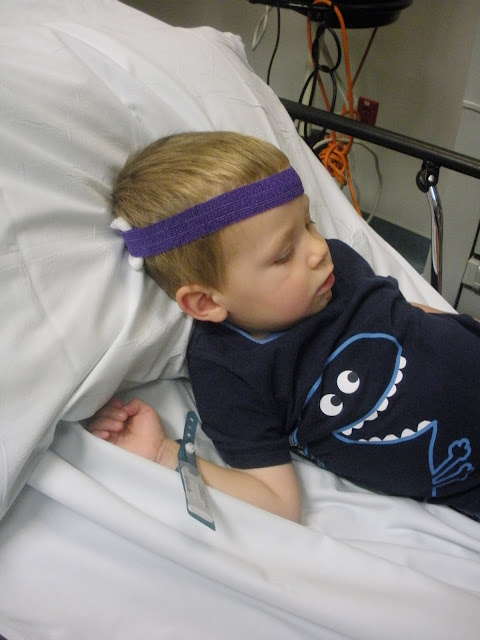 The doctor restrained his arms and wrapped him up like a burrito for the staples. Blake was really brave and actually cried way less during the procedure than he did during the initial injury. (Excuse the blurriness – I didn’t know how appropriate it was for me to be taking pictures so I took them really quick on my little point and shoot that I keep in my purse.) 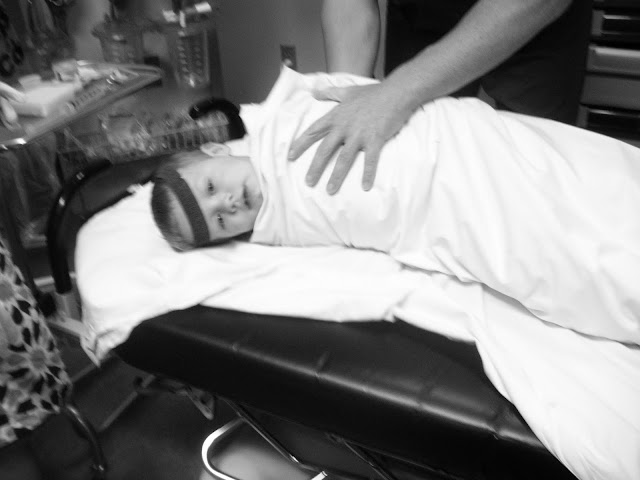 When I told Blake before we left home that we were going to the hospital, he got really excited. The last time he visited the hospital was when Nash was born and he pressed the buttons on my bed that made it rise and recline. He immediately stated “Buttons at Hostibal!” when I announced where we were going. He was disappointed when we arrived in the ER and he couldn’t find any hospital beds. The doctor made it up to him by giving him a juice box after his procedure. He was completely satisfied with that offering in place of pushing bed buttons. 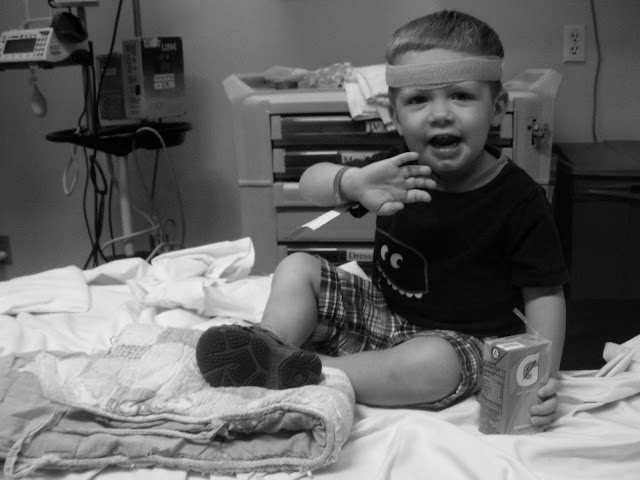 Blake also got to pick out a stuffed animal and wear an awesome neon green bandage for 24 hours. A mix of the 80’s and ninja turtles; perfect. 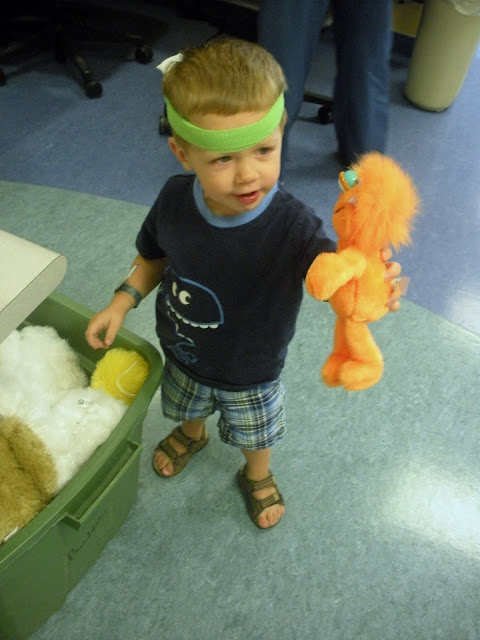