Skip to content
Yes, we are a little late to jump on the bandwagon on this one.
We were really in no rush to potty train Blake. However, with his third birthday approaching soon, we thought it was time to start encouraging a little more independence. He was showing all of the “readiness” signs, so we cleared our schedule (as much as possible) for an entire week to embark on this new adventure.
The process is going a lot better now than it was at the beginning stages. We aren’t completely there yet, but we are having more and more success with potty training every day.
I have to share one aside before going into the details of our system. We really tried to psyche Blake up in advance for potty training. We made a huge deal out of buying big boy underwear. We wrote “potty train” in huge letters on our family calendar and counted down how many days we had until the big event.
In the midst of all the hype, we talked to my parents on Skype. Blake proudly exclaimed, “I’m going on the potty train! It goes choo-choo!” We all nodded and agreed even though we had no idea what he was talking about or where he got that idea. He kept mentioning “the potty train,” until Grandpa figured out that he was taking the word “train” quite literally! He interpreted the word “train” as the noun train (a locomotive), not the verb train (to develop a behavior).
That opened a whole new can of worms, eventually transforming our living room into a play train so that he could “potty train” with the satisfaction of riding on a “potty train.”
And so it went. As with any new parenting feat that I approach, I studied different potty training methods and read up beforehand to come up with the best system for us. So, I’m not saying that this is the one way to potty train, but it is working for us, s-l-o-w-l-y but surely. Here is our system: 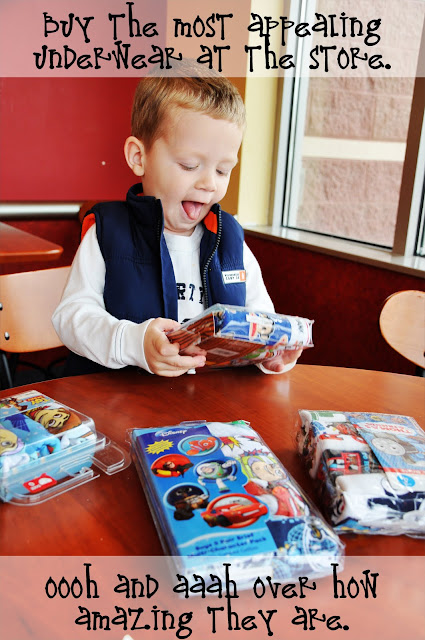 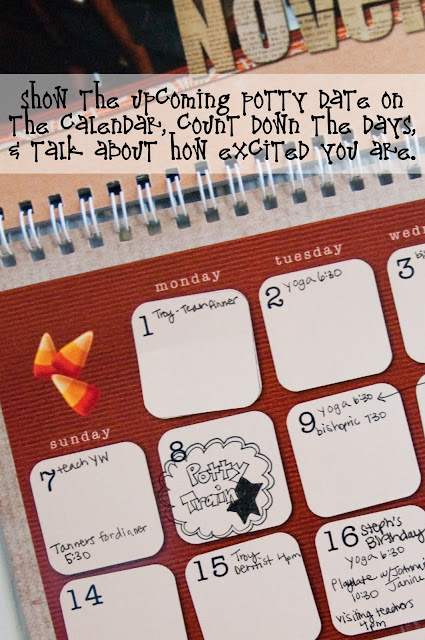 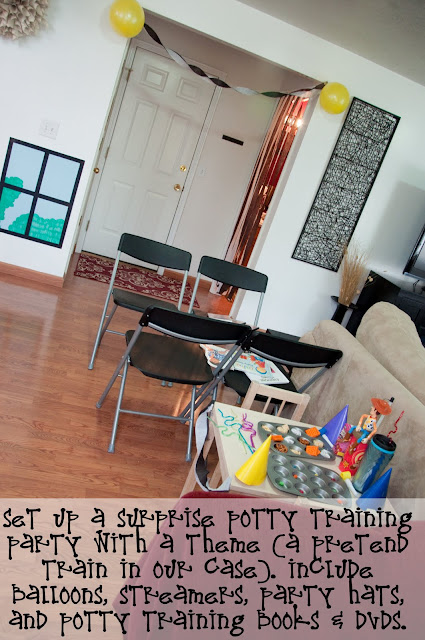 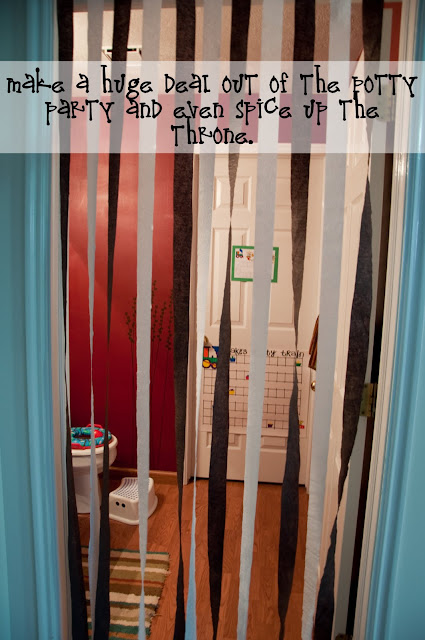 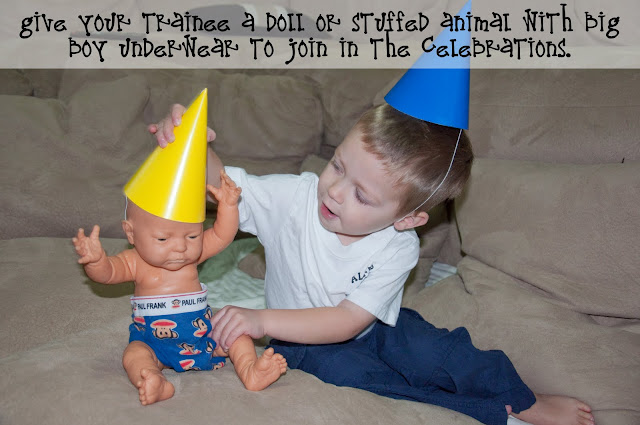 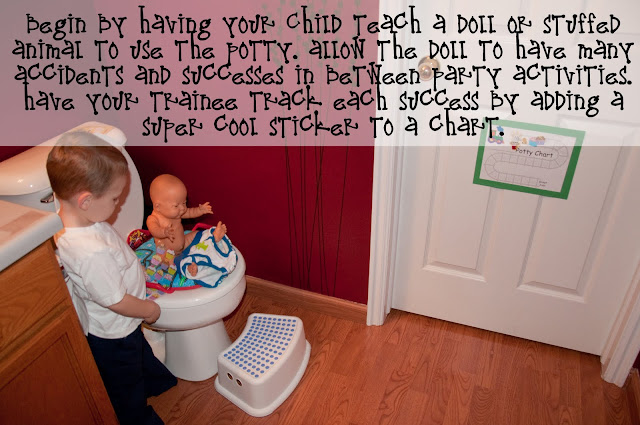 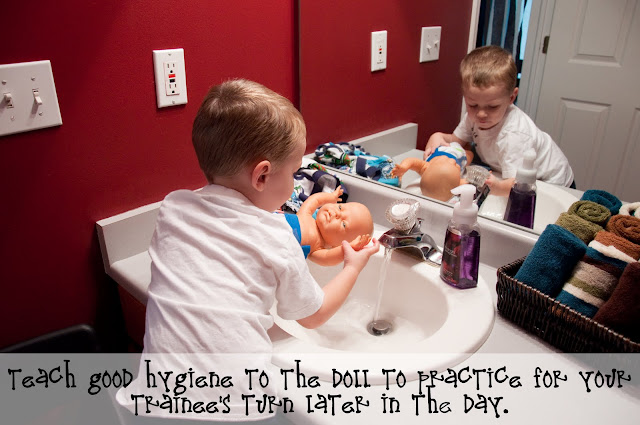 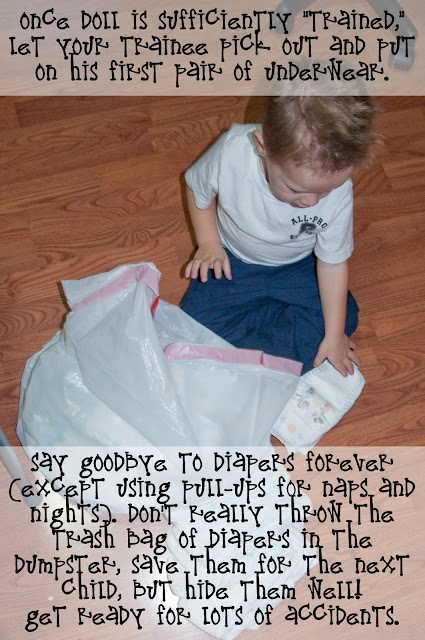 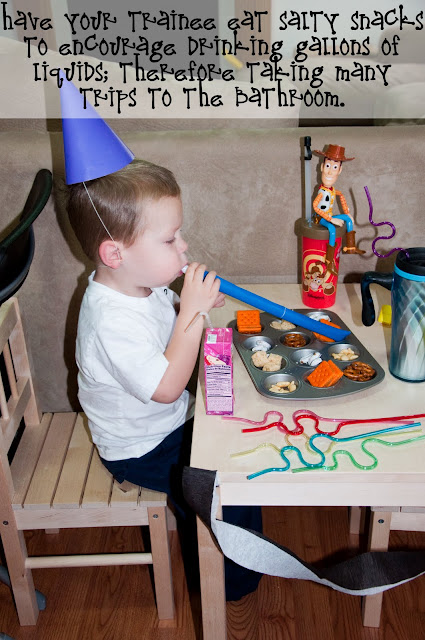 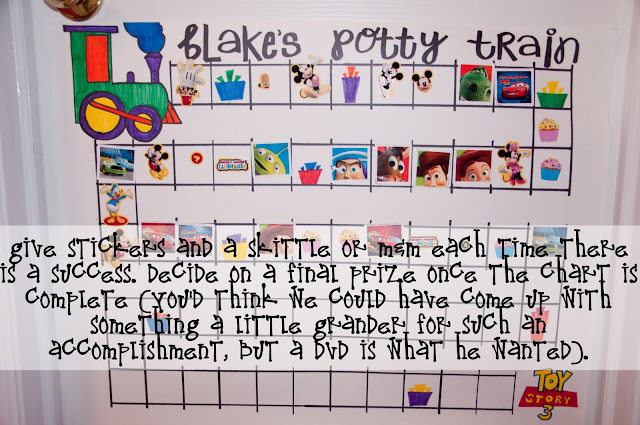 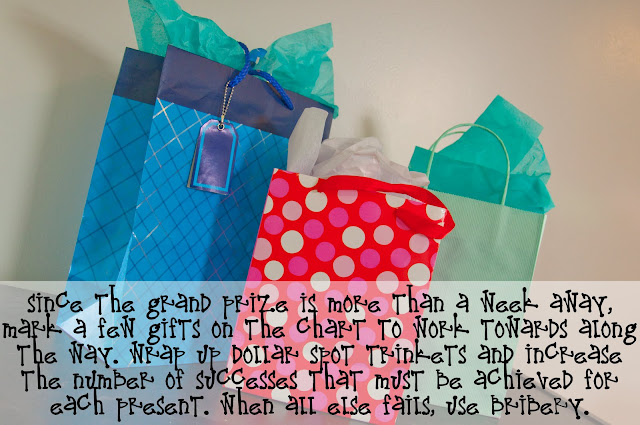 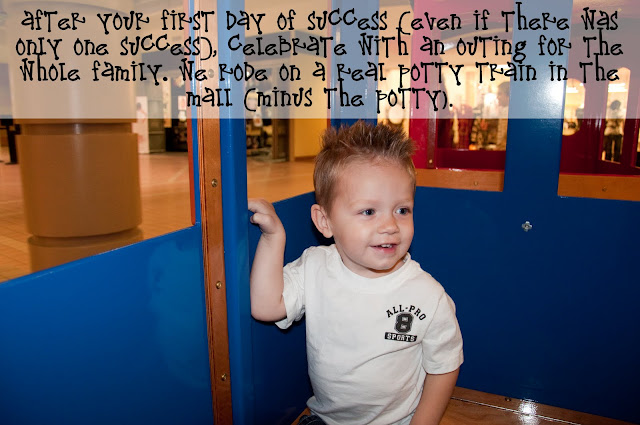 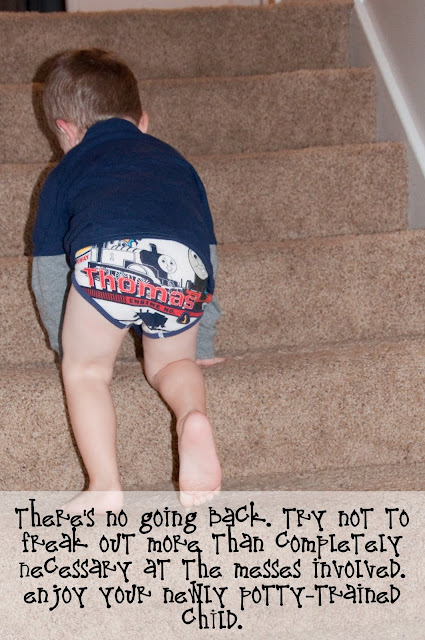