Skip to content
Our first port of call was Grand Cayman.
Now that is some clear water. 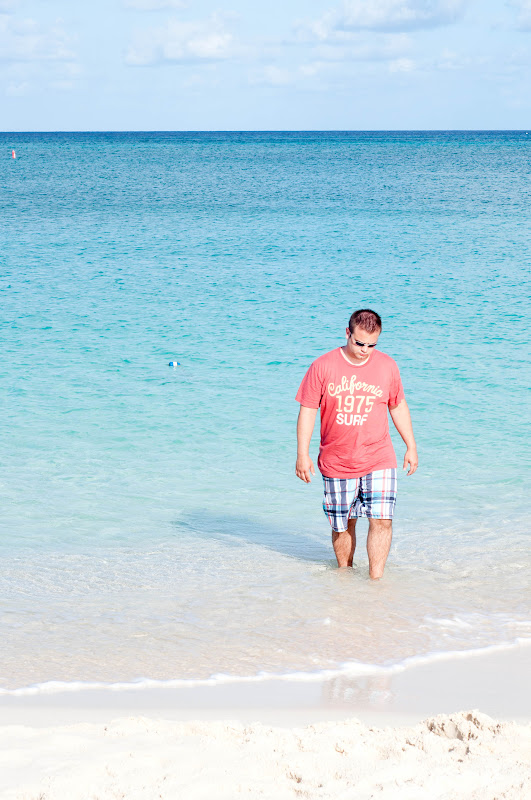 We all brought our own snorkeling gear, so we did a little shore snorkeling. 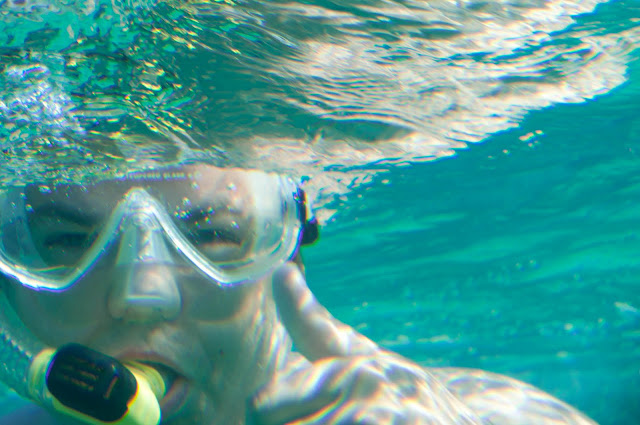 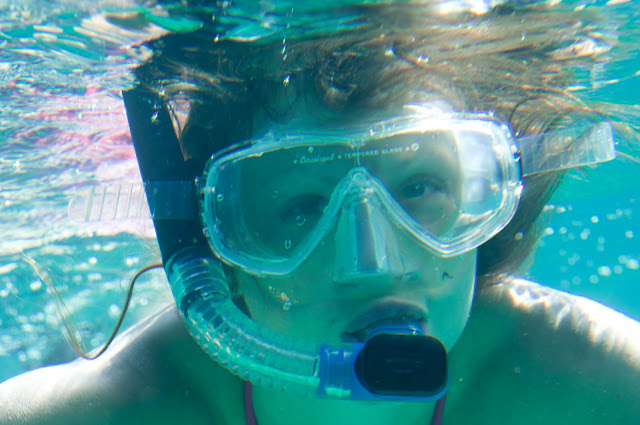 I feel like pictures can never capture how vibrant all the colors are on the ocean floor. 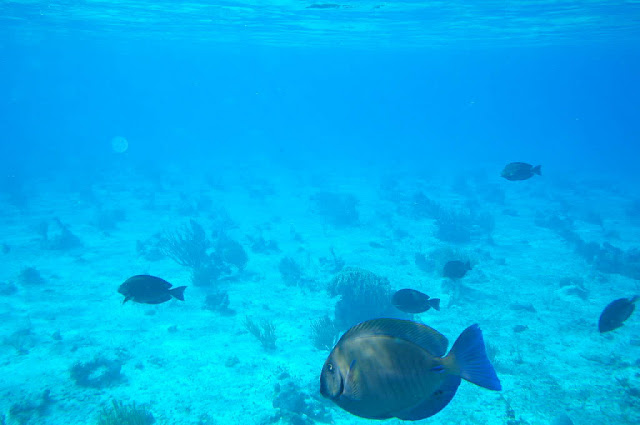 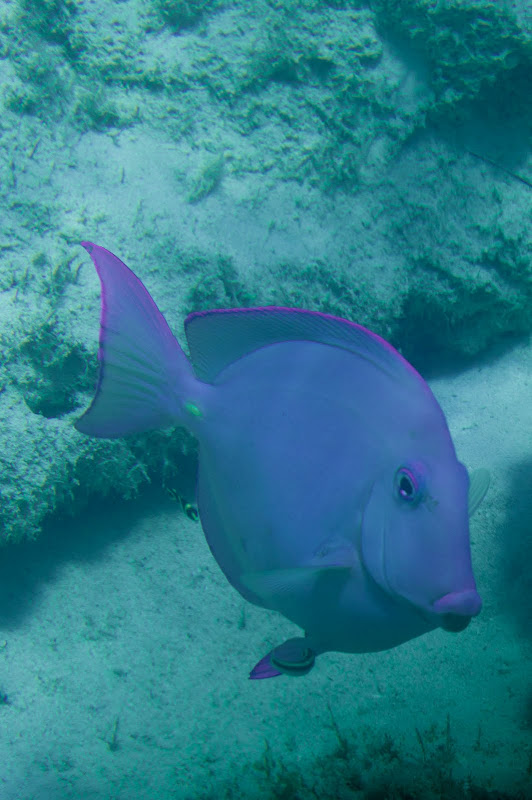 Grand Cayman’s seven mile beach was absolutely gorgeous. We thought it would be a good idea to walk back to our cruise ship with all of our gear in tow. We made it about a mile before giving up. The water enticed us to do one more dive and then we took a taxi the rest of the way. 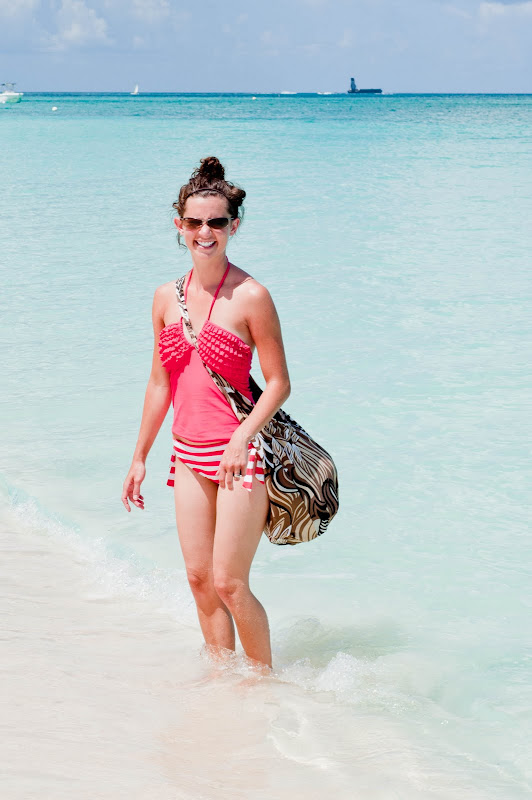 Our second stop was Roatan, Honduras. We felt like we really lucked out with excursions in all of the places we visited. We decided to do our own thing instead of going on our cruise ship’s pricey, crowded excursions. We found a taxi driver who knew of uncrowded little gems in each location. It helped that Nathan could communicate in Spanish and negotiate exactly what we wanted. Our taxi driver in Honduras stayed with us the entire day and brought us to some amazing lookouts. 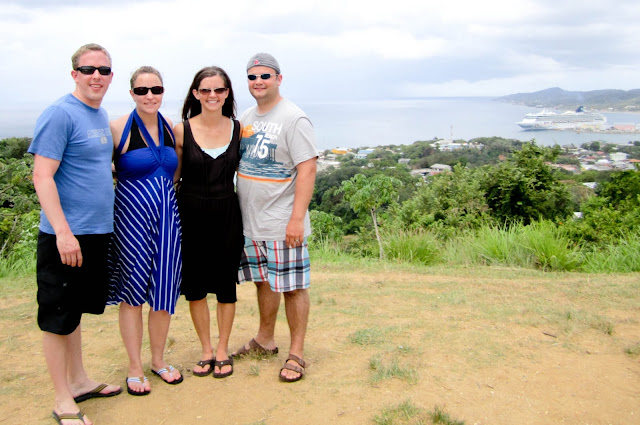 He also brought us to an area where we could hold monkeys and birds. 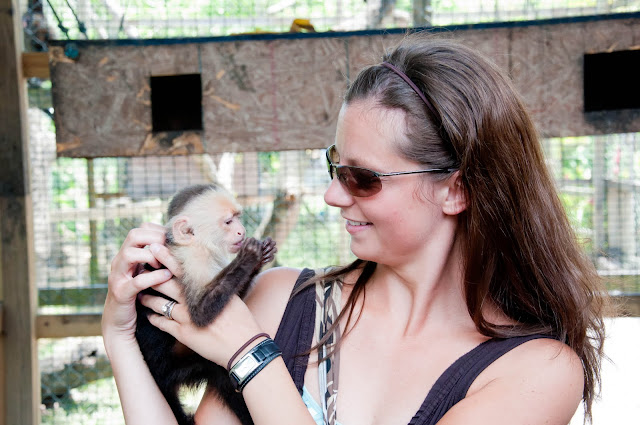 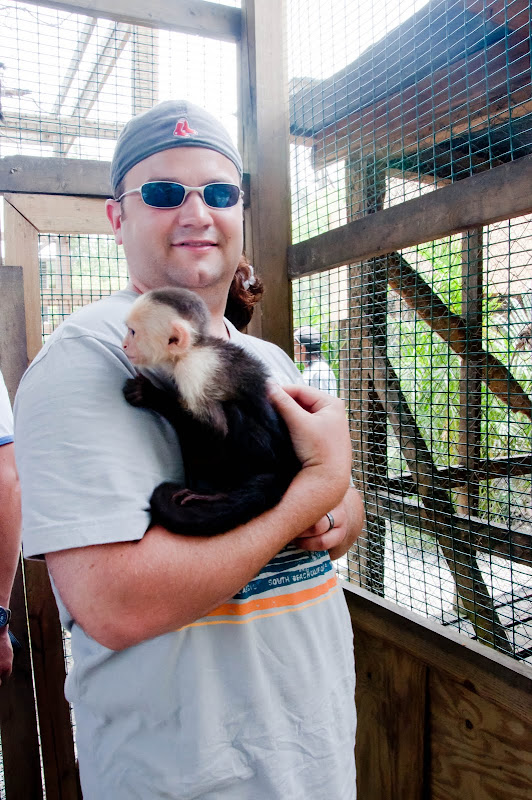 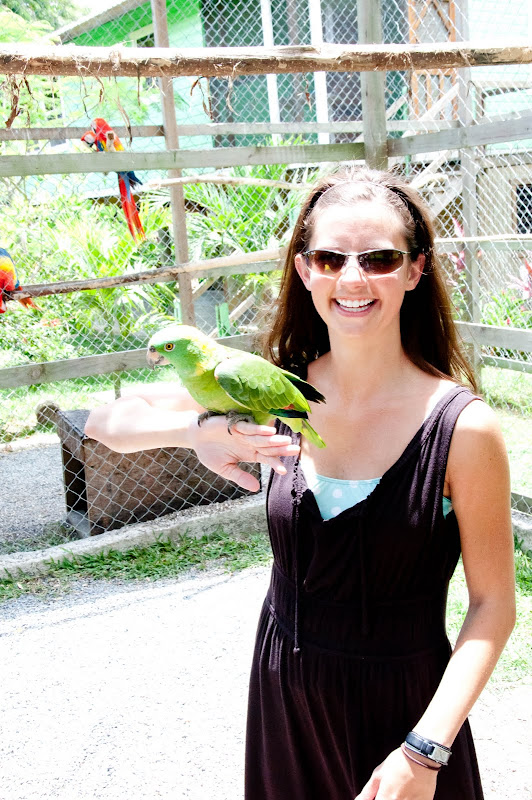 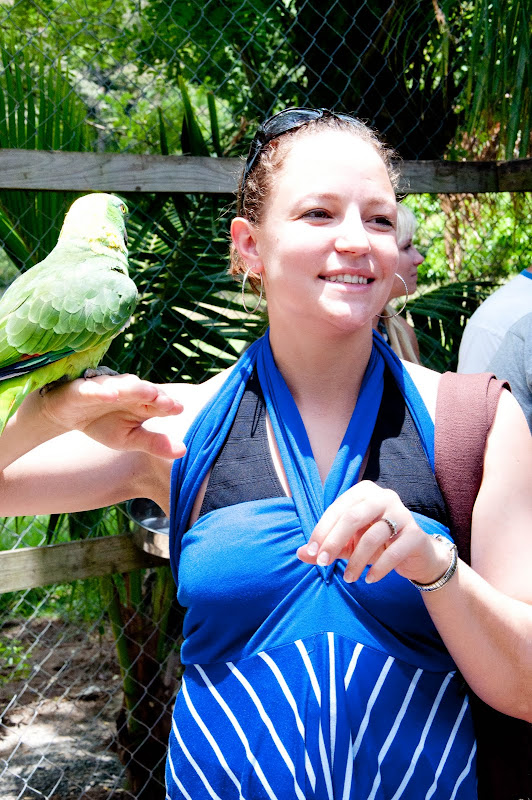 I could handle the baby monkeys but the adult monkeys were a bit rambunctious. Nathan caught some video footage of a monkey biting Troy’s finger and leg. The bites broke his skin, so we’re still wondering if Troy needs some sort of immunization.
That naughty monkey also got into my bag and swiped a card game. He dumped all of the cards out of the box, probably disappointed that it wasn’t candy. We tried to pick up the entire deck but I am certain that some of the cards are still floating around the monkey cage in Honduras. 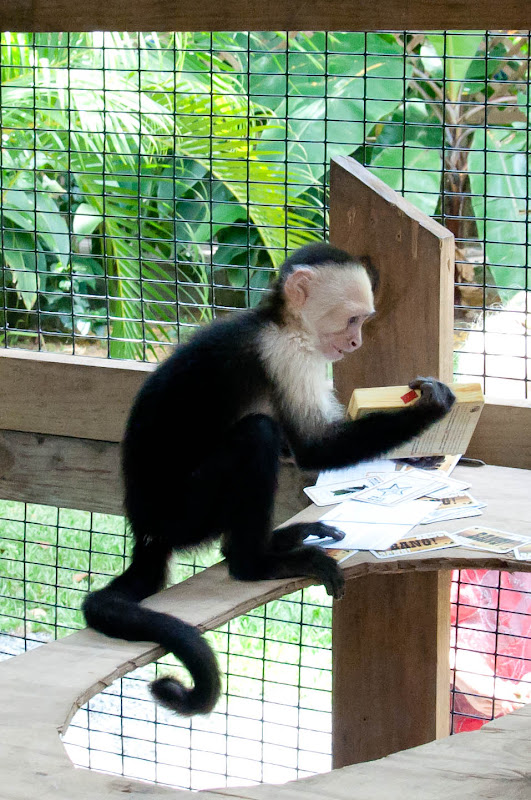 Tropical flowers are so beautiful. 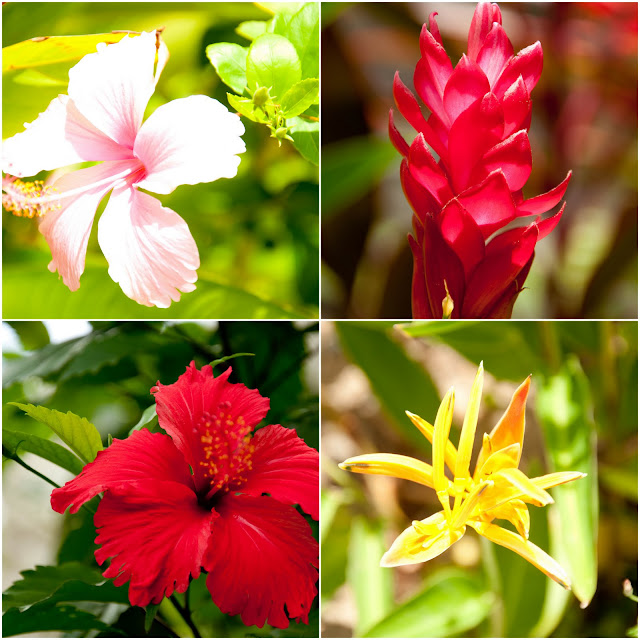 We spent the rest of our day in Honduras at a shady beach because we were all sunburned by then. 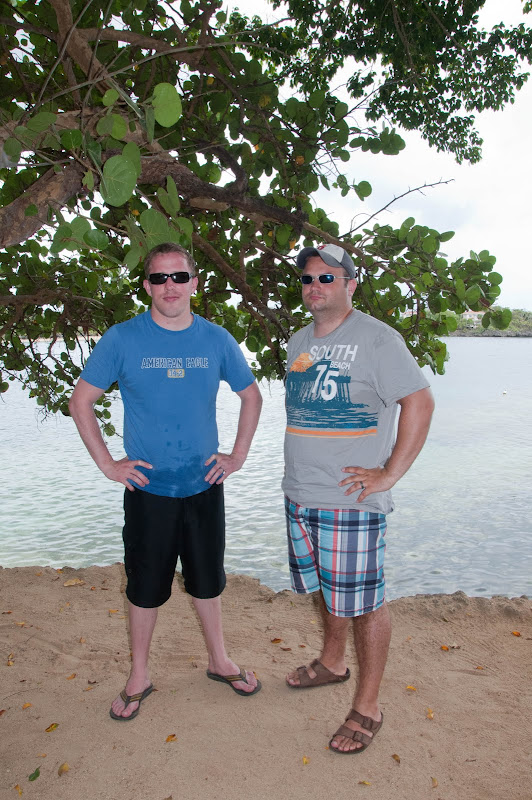 Our third port of call was Belize. We took a little catamaran to the tiniest tropical island I have ever seen. 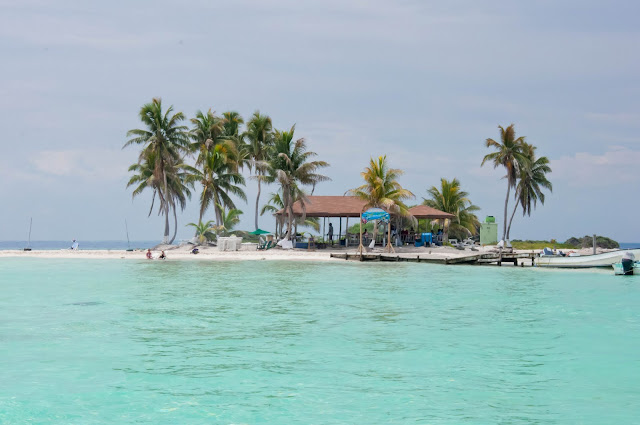 We jumped off the boat and snorkeled over an amazing colorful reef. I got stung by either a jellyfish or a fire coral and the only thing I could picture was Will Smith getting attacked by a jellyfish in Seven Pounds. Troy assured me that I wasn’t going to die, but he also decided that I probably couldn’t handle scuba (he’s certified and I’m not). 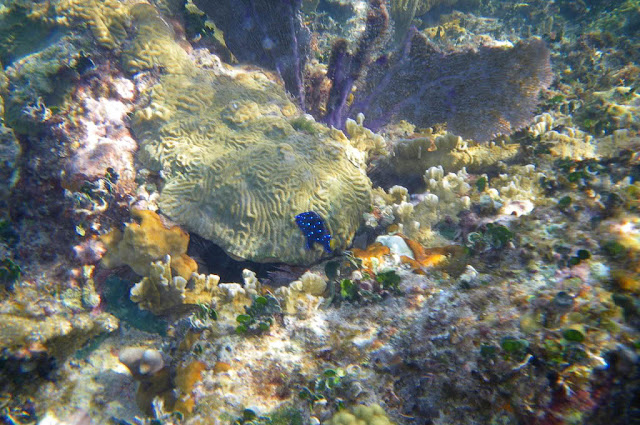 After our dive, we spent a little time on the island beach. 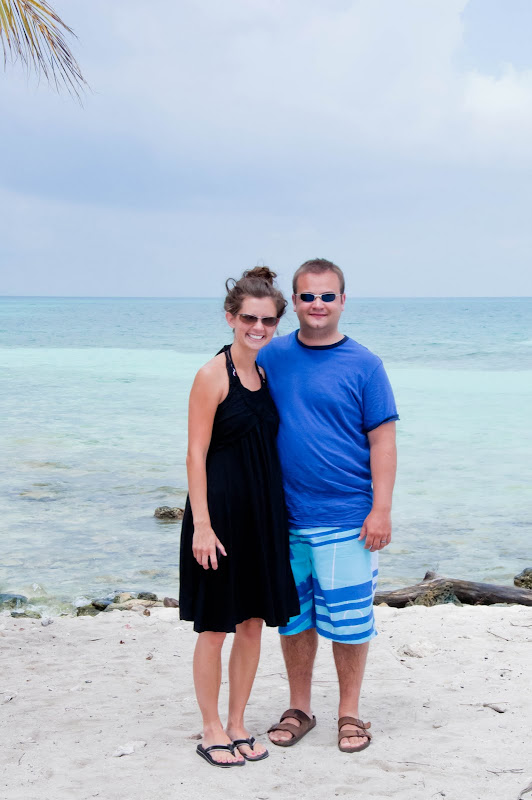 The mosquitoes were eating us up so we were happy that our day in Belize wasn’t stretched out. I don’t know if we can really claim that we went to Belize since we only stepped foot on a tiny offshore island. Apparently the mainland wasn’t very impressive though. At the comedy show that evening, the comedian compared Belize to Flint, Michigan. He said usually people get there and say what the?? I guess there are some nice ruins, but once again, we felt like we chose the right excursion. 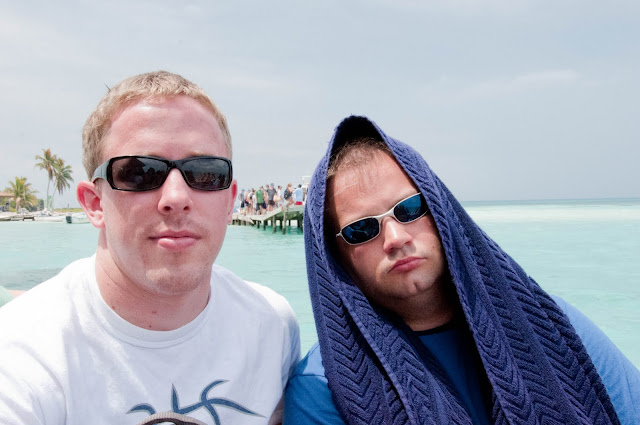 Our final day was in Cozumel. Shockingly, we went to the beach and did some snorkeling. Nathan was a snorkeling die-hard and basically what all of us wanted out of this trip was some good beach time. We also lucked out because we found a really cheap taxi to bring us to a free beach. We saw more fish in Cozumel than anywhere else, and we laughed when 20 or more catamarans came through with groups of snorkelers in the same place that we went to for free. 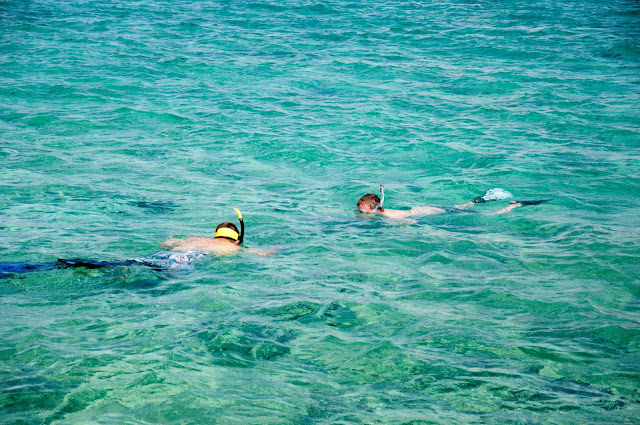 The fish came right up to our faces in Cozumel. 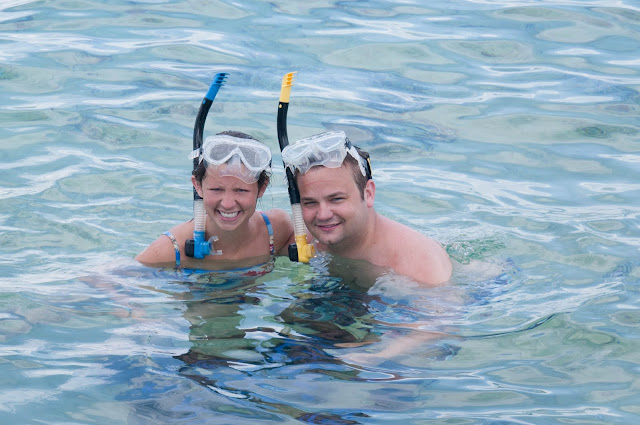 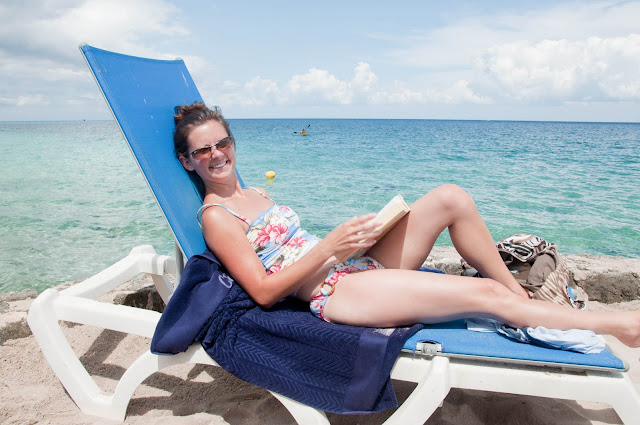 We did some shopping in San Miguel and had what we thought would be authentic Mexican food (it turned out to be a tourist place). A little boy dressed as a clown made us balloon flowers. 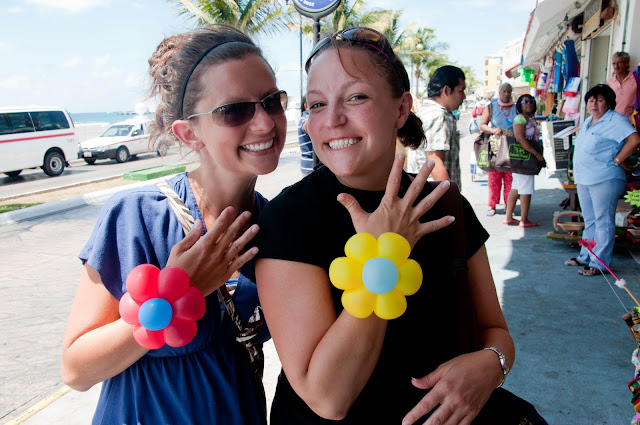 We spent one more day at sea before coming back to Miami. 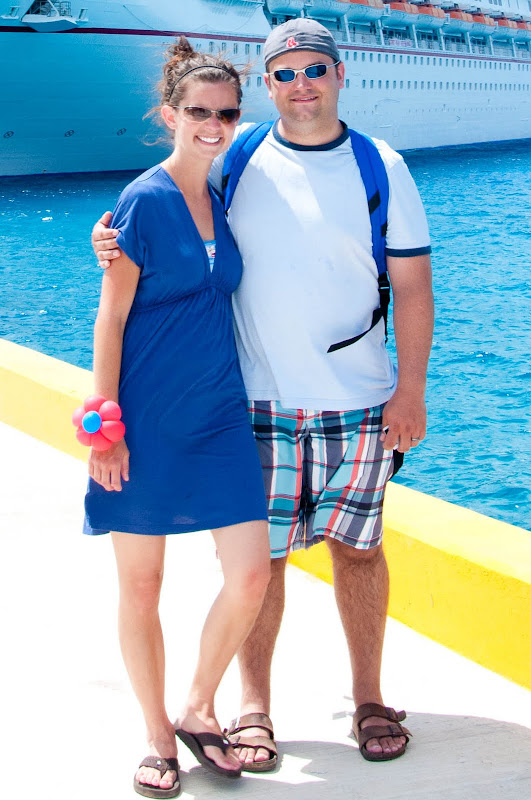 Reality hit when we spent 9+ hours in airports and none of our luggage made it to Phoenix. Since we were isolated from the world wide web all week, Troy pushed our bags through the airport while simultaneously checking scores on ESPN. 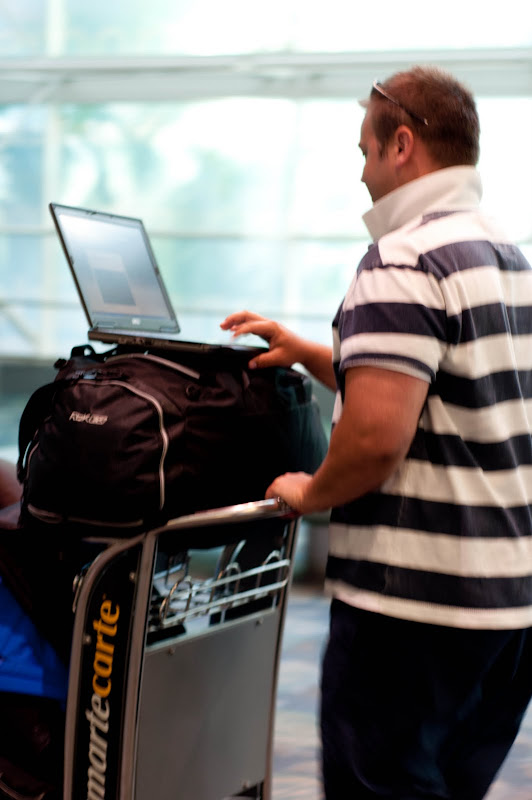 After our long day of airports and flights, we got to spend 11 hours driving home with boys who wouldn’t sleep. My favorite line from Blake about seven hours into the trip was, “Mom, next time, can we go to Disneyland?” I mean, if he was going to put in all the effort to be in the car that long, it better be to somewhere good. He really had a wonderful time with his grandparents though and we are so grateful to them for allowing us to have a getaway. Can we go back, please?