Twelve hours after we arrived home from our trip to Michigan, I whisked Troy away on a surprise sunrise flight.

It was his 30th birthday and I wanted to make it epic.

I found out a month or so in advance that he took a few days off work and I immediately began scheming. After playing around with a couple of different ideas, I checked the Red Sox schedule on a whim. When I found out they were playing on the west coast and it wouldn’t be too far to travel, it was a no brainer. I lined up some relatives to watch the older boys and woke Troy up at 4:45am on his birthday to begin the festivities.

On our way to the airport, I had him open his first present which was plane tickets to San Francisco.

Once we boarded the airplane, I handed him a second present; tickets to the Giants vs. Red Sox game. He admitted that he thought San Francisco was a random destination until the baseball tickets were revealed and it all made sense.

And he also admitted that seeing the Red Sox play on his 30th birthday was very, very cool. 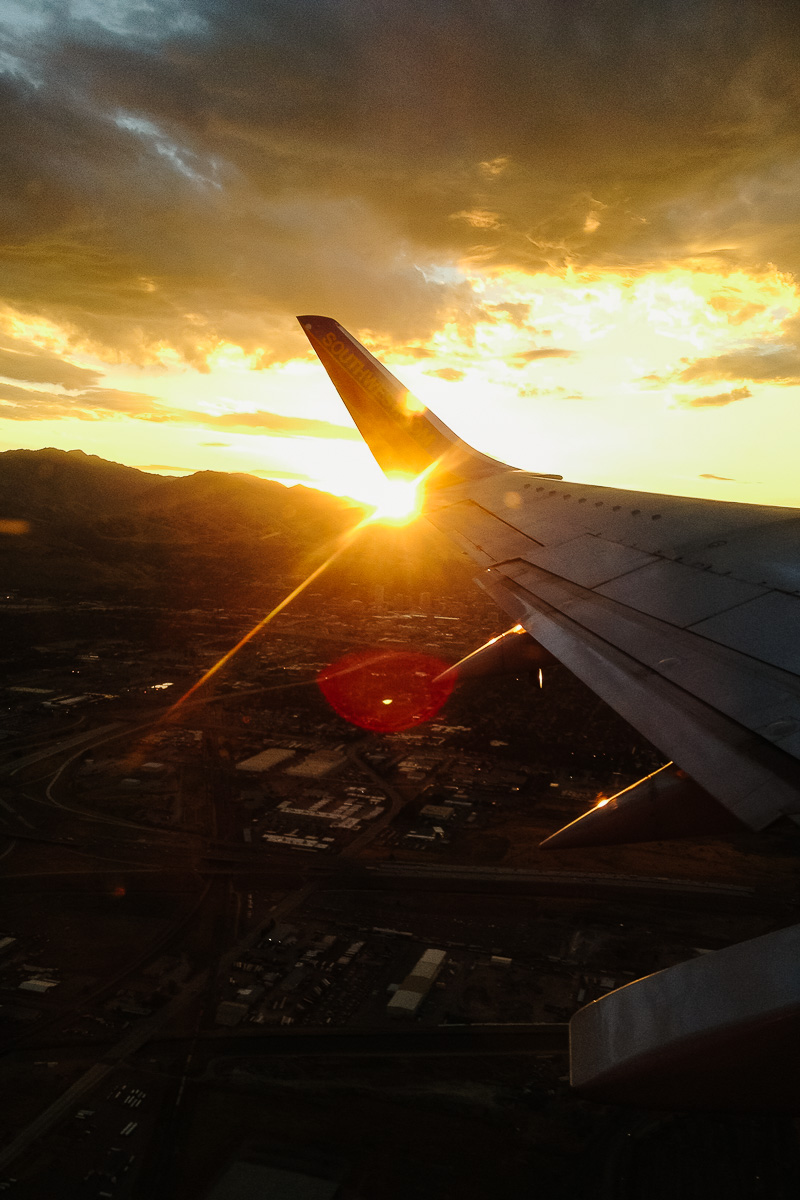 We brought the baby with us, of course. Troy’s first question upon opening the tickets was, “Did you pack Crew some Red Sox clothes?” 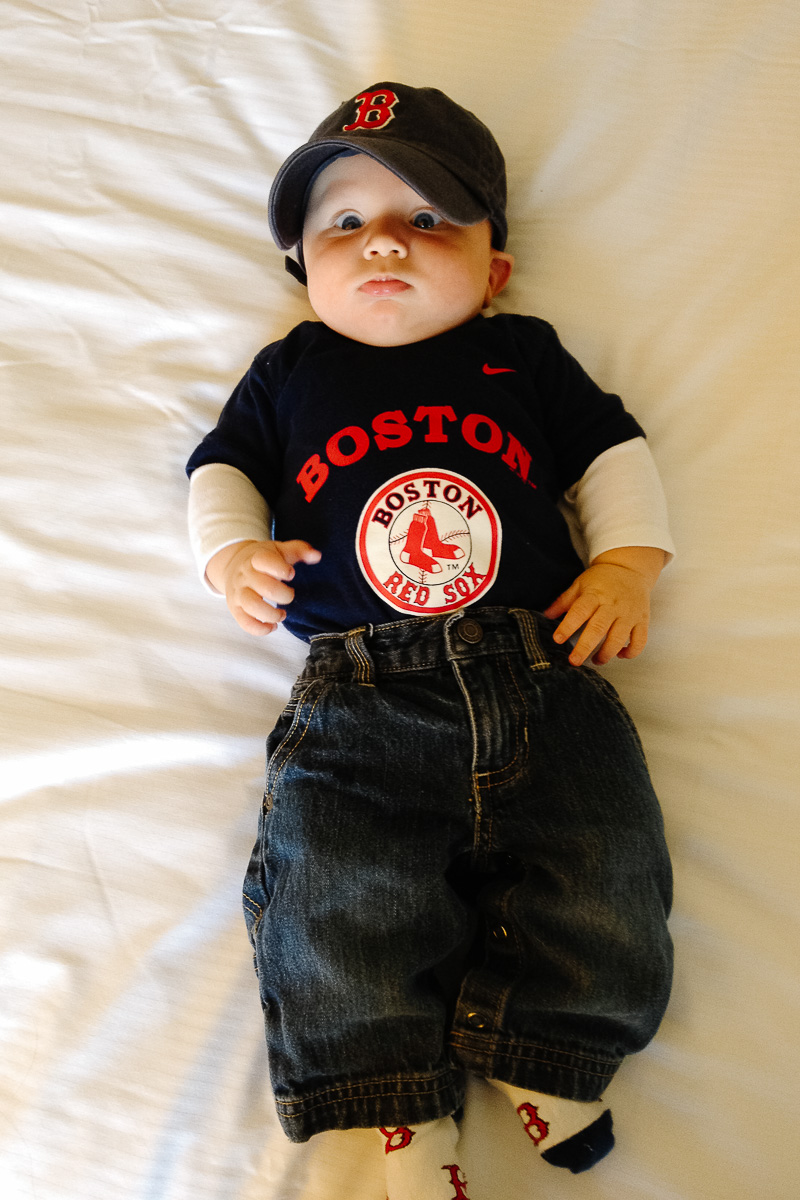 Immediately after stepping off the subway, we ran into some of Troy’s fellow Bostonian friends. What are the chances? We made plans to meet up with them pre-game. 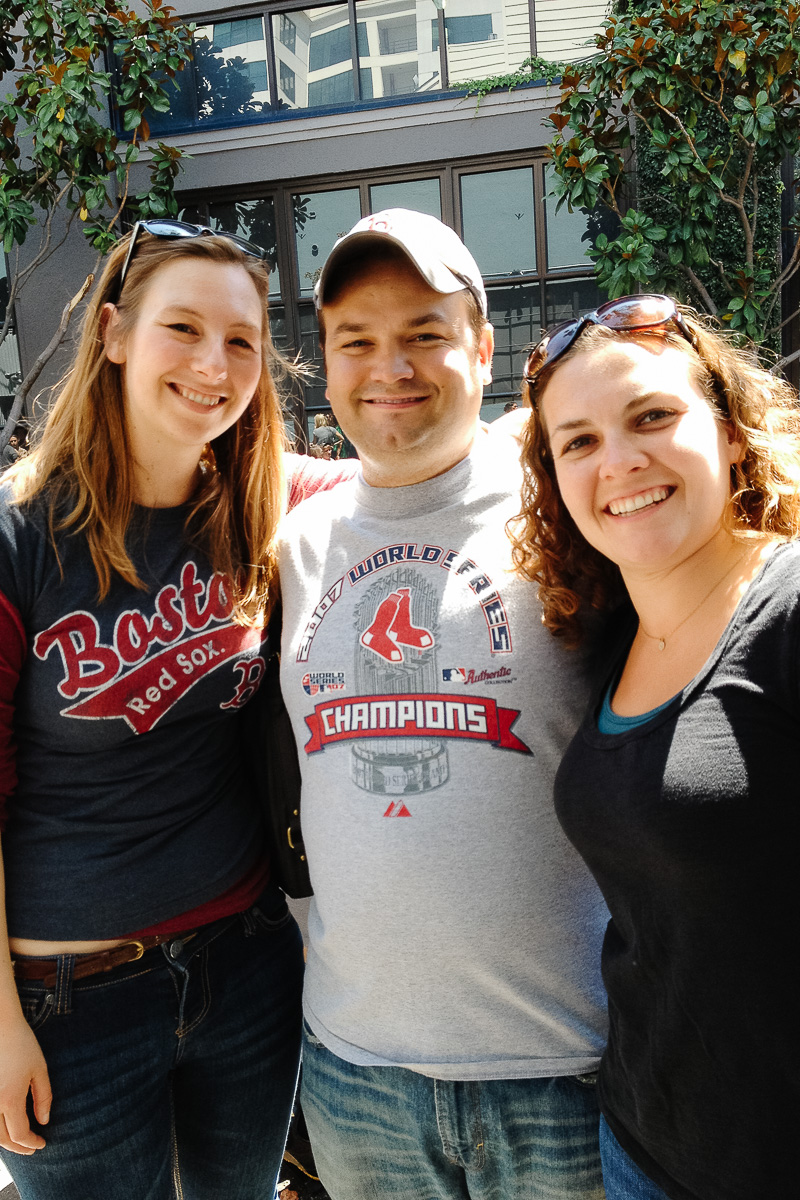 It was an afternoon game, so we quickly dropped off our bags at the hotel and began the mile walk through downtown San Fran towards the stadium. 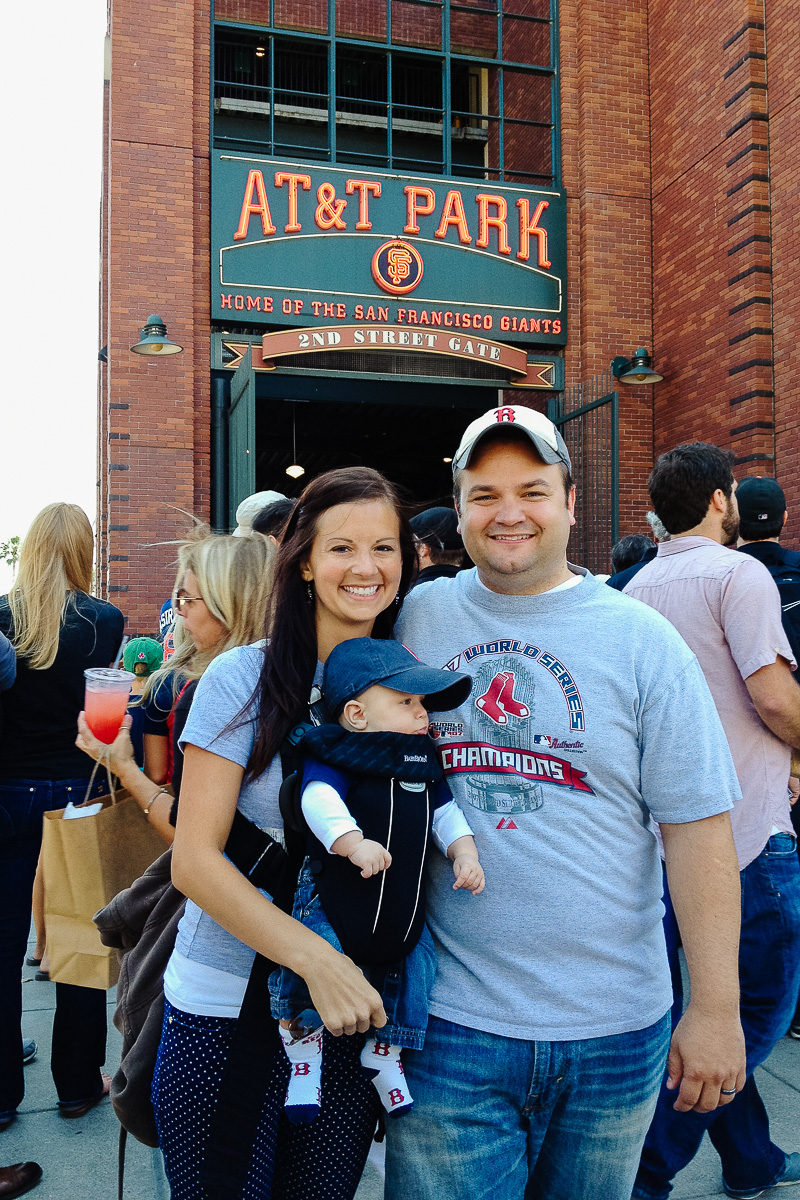 Crew (and my shoulders) got a little tuckered out from all the excitement. 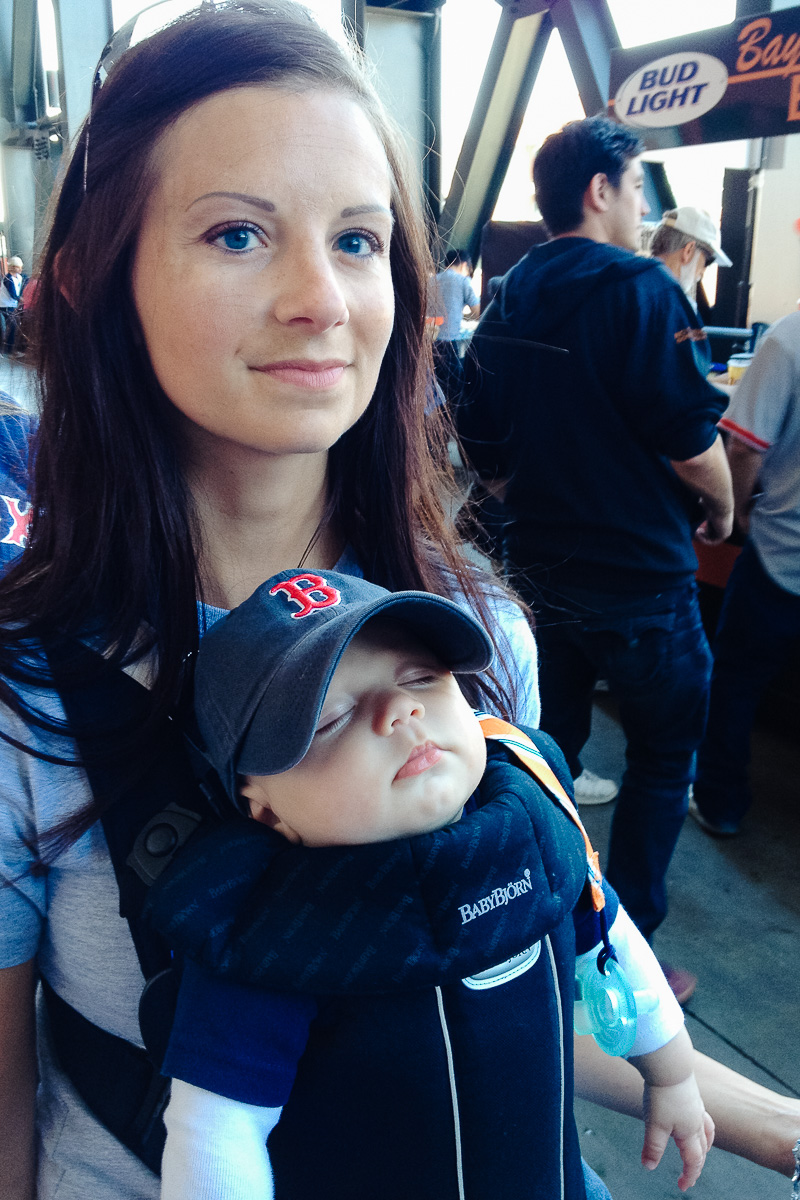 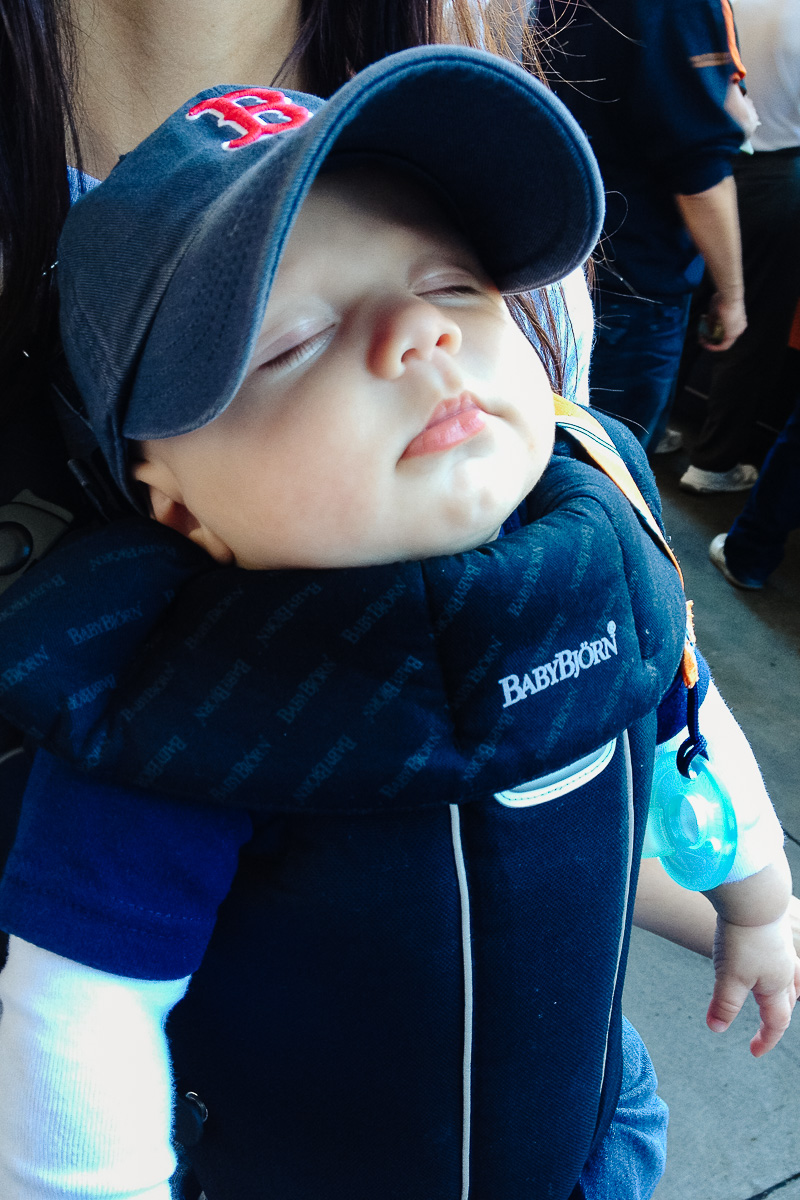 AT&T Park was the most amazing stadium I’ve ever been to. There was a gorgeous view of the Bay Bridge as we walked up the ramp. Once we were in our seats, we overlooked the entire bay. Seeing sailboats and yachts and ferries pass by while simultaneously watching the game seemed surreal. It was truly breathtaking. 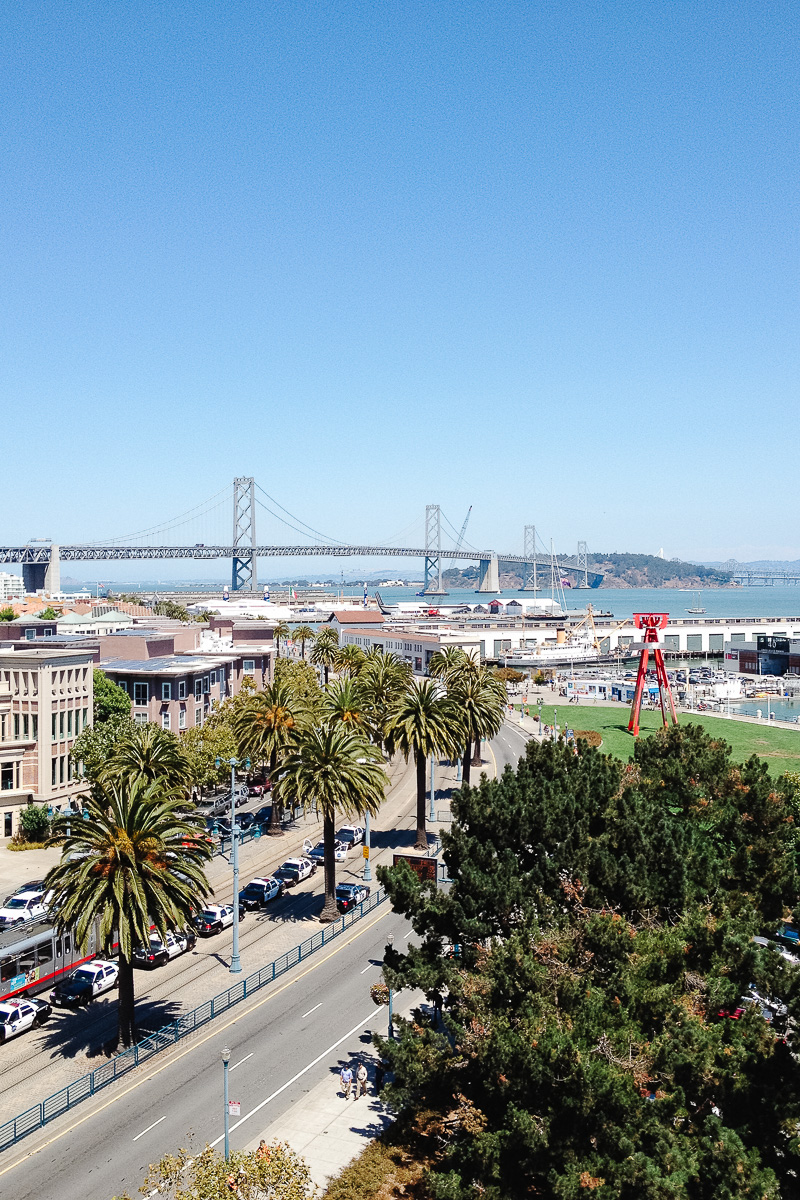 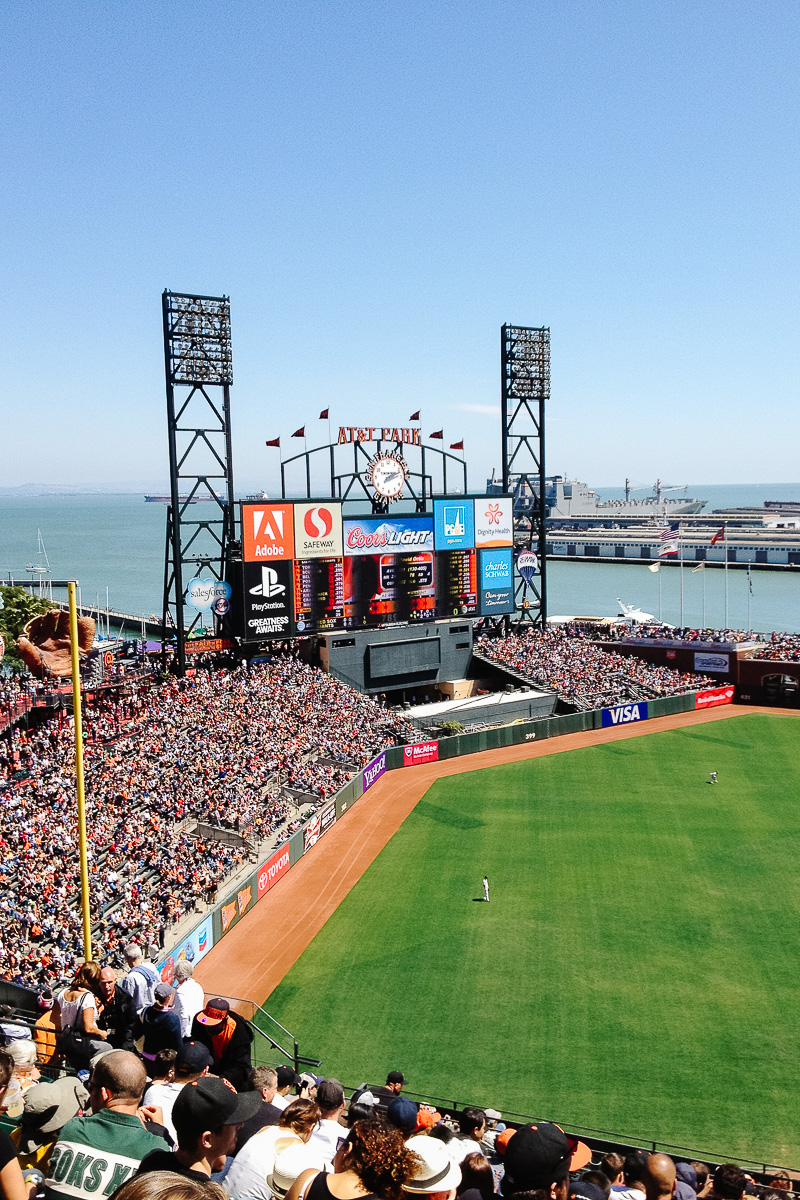 Nothing makes Troy prouder than initiating our sons into the Red Sox nation. 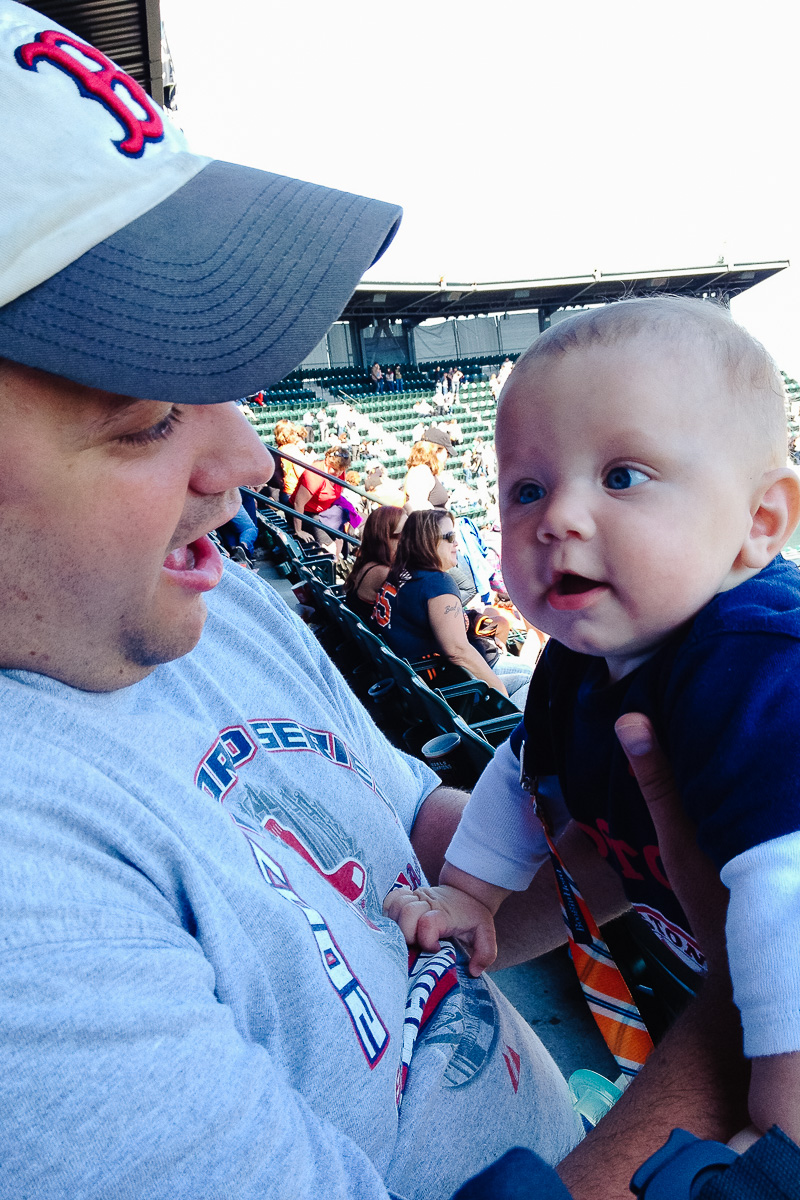 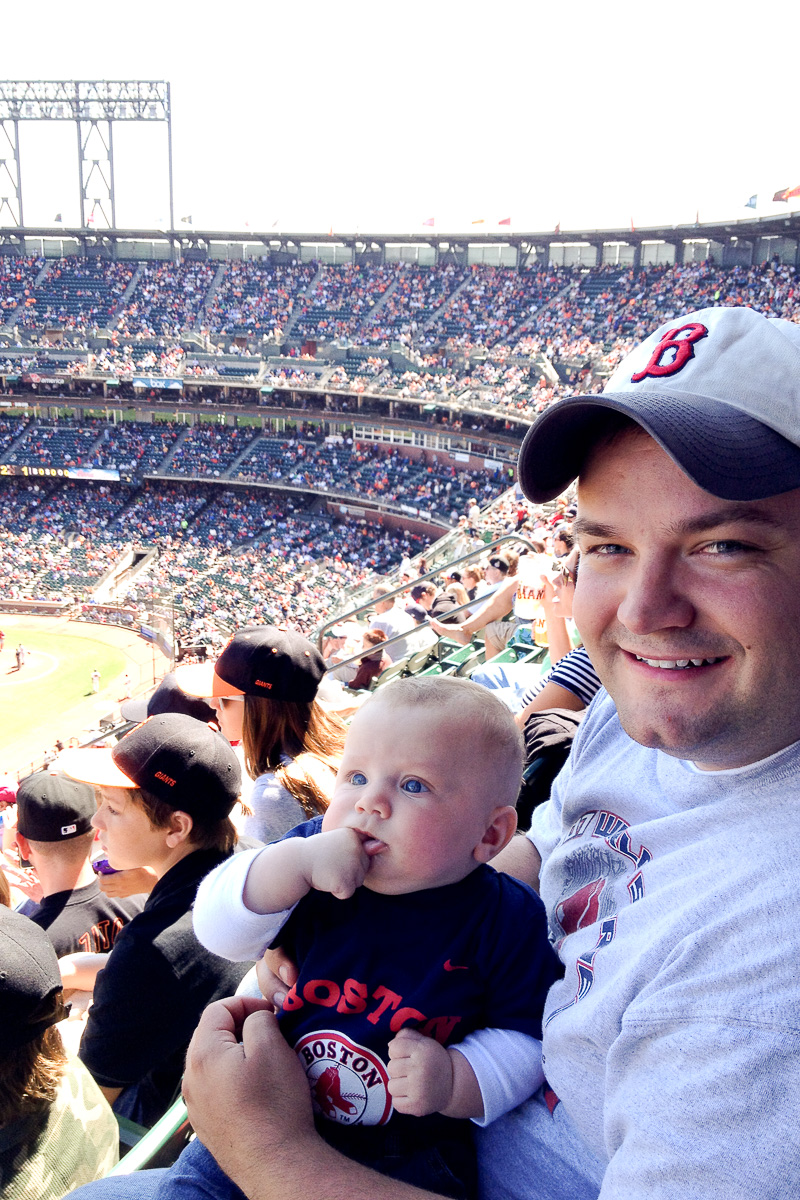 We were actually shocked at how many Red Sox fans were in attendance at an away game, on the opposite side on the country. Everywhere we looked we saw red and blue. 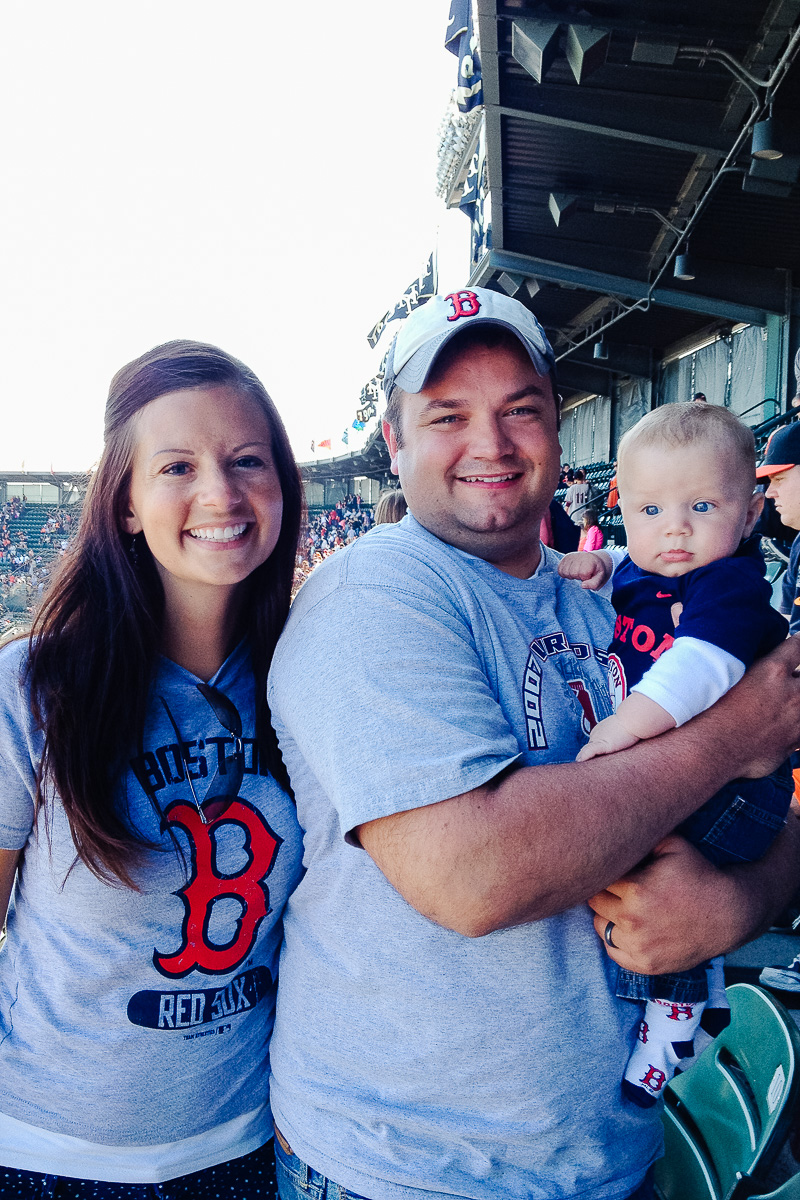 The Red Sox won 12-1 to boot. A happy birthday indeed.