Skip to content
We played.
And played, and played.
We spent every day soaking up the Lake Michigan water, sand and sun for two weeks straight. We even got lucky with the weather this year, which never happens.

There was much to be accomplished at the beach.

One blue-eyed beach baby was adored.

And elaborate sand castles were constructed with Uncle Jo.

Packing for the walk to the beach was no joke. We loaded up the stroller with sand toys, floaties, towels and a gigantic bag full of snacks and beach gear. We even shoved an umbrella in the basket. There was barely room for Crew.

Evenings were spent walking along the pier.

And watching the sun sink into the horizon.

The boys happily played together.

In fact, we joked that an appropriate theme for this trip might be “bloodbath.” There was biting, bruises, kicking, hitting, and arguing galore. It couldn’t all be bliss, right?

Thankfully, there were delightful moments in between all the fighting.

We came home each day and each night thoroughly covered in sand.

Which meant there was a lot of hosing down to at least decrease the amount of sand that was tracked in the house.

Words were drawn in the sand.

And ducks were sufficiently fed.

We officially became beach bums during our time in Michigan, and couldn’t be happier about that. 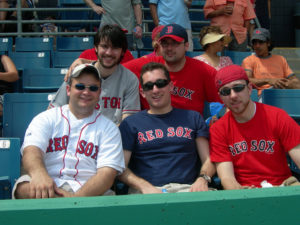