Skip to content
I jokingly predicted that our baby would arrive on Saturday, September 13th because we had five other things on the calendar that day.
I was 38 weeks and had absolutely no signs of labor before that date. In fact, I saw my midwife the day before and scheduled my next regular appointment two weeks out. Since two out of our three previous babies were born within the week of their due dates, I figured I still had a couple more weeks to hang in there.
We started out the day in a completely normal fashion. The boys and Troy had all been sick during the week and I was the last to catch the head cold, fever and cough. I felt foggy but still powered through a shower to prep for our busy day.
Blake had a soccer game at the exact same time as our church’s primary program practice, so I took Nash to the church while Troy headed to the soccer field with Blake. I met up with the boys at the field and caught most of the game before picking Nash back up.
We all got home just after 11am. We only had a couple of hours before we needed to leave for Troy’s grandma’s 94th birthday party, followed by an outing to the Natural History Museum, followed by a neighborhood BBQ.
But immediately upon arriving home, I started feeling that unmistakable pain I’ve only felt three other times in my life, yet somehow had managed to forget. I opened up my contraction app to start timing the pain. Sure enough, every three minutes the contractions came and went.
Troy was out on the hammock happily reading while Crew played in the sandbox. After about 20 minutes of consistent contractions, I decided I better fill him in.
“You’re joking,” was all he could say. I had already given him a hard time because he stayed up way too late watching movies the night before. I teased, “Just wait, we’re going to have our baby today and you’re going to regret staying up so late.”
Troy always gets much more panicky when I’m in the beginning labor stages than I do. I had some things I needed to get done before we left for the hospital. My first priority was shooting some photos for work. I had prepped everything the night before; it was just a matter of waiting for daylight to snap the shots. So, I plopped down on the living room floor with my camera, subjects and backdrop and started clicking away; pausing each time I needed to breathe through a contraction.
Exasperated with his efforts to get me to stop and lie down, Troy finally went upstairs to pack a bag for himself. I quickly finished the photoshoot and packed up my camera and laptop so I could edit in the hospital. At that point, the contractions were getting stronger and not letting up, so we decided this was probably the real deal.
Even though it looked like we were going to have to cancel our plans for the rest of the day, I was so grateful that this was all happening on the weekend. I didn’t have any sort of plan in place if our boys were in school when I went into labor. My sister-in-law was coming over that afternoon anyway to watch Crew while we took the older boys to the birthday party, so she graciously took on all three boys instead of just one. And then Troy’s parents were able to take over the rest of the weekend.
I gathered a few of my things and set out church clothes for the boys in case they admitted us and we’d have to miss their primary program the next day.
And then we were off. We arrived at the hospital around 1:30pm. With all of my deliveries I have gone into the hospital midday and had the baby by the evening, so I crossed my fingers that this baby would follow suit.

I was dilated to 4cm when we arrived. They monitored me for an hour and I progressed to 5cm with very strong, close contractions. I was determined to be “a keeper,” so then it was on to the most grueling (for me) stage of the delivery; the needles.
Getting the IV inserted was an absolute nightmare. No matter how much Troy tries to prepare the nurses for my severe needle phobia, there are no words to describe what actually takes place in those situations. Panic washes over me like I’m being murdered. There is so much screaming and hyperventilating. It’s kind of an out-of-body experience for me. I can talk about it just fine afterwards, and rationally it doesn’t even make sense that the tiny needle going into my arm is worse than giving birth. But in the moment, the fear consumes me and my reactions are completely beyond my control.
Three or four nurses pinned me down and the anesthesiologist stood nearby preparing for his portion (I don’t know how I didn’t scare him away). What threw me off the most was that Troy kept telling me they were done inserting the IV when I could clearly still feel poking and tinkering. I found out they were drawing blood for labwork because my nice midwife had waived all of the “mandatory” tests throughout my pregnancy. I was so mad at Troy for telling me they were done and I’m pretty sure screaming at him, “YOU LIED TO ME!” was the low point of the whole ordeal.
Troy determined this IV experience to be the worst of all of our needle sagas together. I sure hope there wasn’t a first time mom in a delivery room next to mine who heard all of my screaming (and assumed it was for the actual baby).
Once the IV was finally secure, they gave me some fentanyl to help bring on relaxation. We discussed the option of using a mild sedative throughout my pregnancy to avoid any jolting and panicking during the epidural. We wanted to avoid another spinal fluid leakage like I had with my third delivery at all costs. I was all for being mildly sedated but it turned out that I wasn’t really sedated at all. I was completely aware of what was going on around me, but the fentanyl helped relax me enough that the epidural went seamlessly. I didn’t jolt or even scream.
It took a little while for the epidural to kick in on my right side so the anesthesiologist kept upping my dosage until I was nice and comfortable and could no longer feel the contractions. Once I was completely numb, I was dilated to 8cm. My midwife broke my water and said she’d come back to check on me in a little while.
She came back ten minutes later and could feel the baby’s head. She said if she hadn’t come back right then he literally may have fallen out. I pushed three times through one contraction that was less than 60 seconds, and Finn arrived at 5:41 pm. It all happened surprisingly fast and was a little anti-climatic at the end, but I felt completely comfortable and I’m okay with not having to push for hours on end.
There is something so tender and powerful about bringing a child into this world, a feeling like no other. The room is always a little chaotic after giving birth with so many nurses assisting and checking monitors, cleaning up and so forth, but it’s amazing how holding that little one straight from heaven makes the room so peaceful and serene. I wouldn’t trade those moments for anything.

We waited until the next day to introduce Finn to the boys. They worked so hard on memorizing their parts for the primary program, so Troy brought them to church while I sadly missed the meeting. They were a little bummed out to miss the celebration that followed the primary program, but they got over it quickly when they came to the hospital to meet their new baby brother instead.

Our Irish twins, 17 months apart almost to the day. (Why didn’t anyone tell me how crazy my hair was?)

The boys each took a turn holding baby Finn.

Nash was way more interested in the baby this time around than when Crew was born.

Crew mostly just wanted me. He alternated between giving me scowls and clinging on to me for dear life. I don’t think he was very happy that I deserted him for a few days.

Finn’s grandparents were so happy to be in town this time since they were serving in Hawaii when Crew was born.

So grateful to my brother and his wife for spending hours at the hospital capturing Finn’s first hours of life on film and helping out with the older boys.

These brothers are going to have a lot of fun growing up together. Troy and I were browsing through our pictures once the adrenaline of the day died down, and we just couldn’t believe how many of them there were. Four. I still can’t wrap my head around that.

Crew started to show some interest in the baby’s features towards the end of the visit. It may be a rough adjustment for him to have a new baby in the house for awhile, but he’ll eventually be so grateful for a built in best friend.

The boys could only stay confined in a hospital room for so long until they began wrestling on the hospital bed.

We knew it was time to move on when Crew started pushing the baby bassinet around the room.

Finn didn’t receive his bath the night he was born because they were worried about his breathing and didn’t want to shock him. Everything turned out to be just fine, so we were given the go ahead right when our family was visiting. It actually worked out perfectly for the boys to be able to watch Finn’s first bath.

The sweet nurse even gave each boy the opportunity to rub some soap into the baby’s hair.

They ate that right up.

Troy spent the remainder of our hospital stay running back and forth from home to school and back to the hospital. I had some more great friends come visit me and get their newborn baby snuggles. We’re so grateful for the support system that surrounds us.

It is such a relief to have Finn here safe and sound. Welcome to the family, little one. 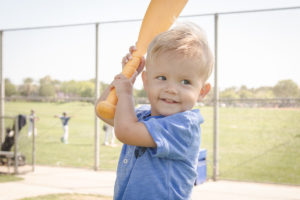 A Night in the Hospital