Blake and Nash started watching the movie “Descendants” (a Disney channel original) on repeat throughout the month of September. It is an adorable tale where the teenaged son of King Beast and Queen Belle invites the exiled children of defeated villains to attend a prep school with the heroes’ children.

The boys could not get enough of those villains and their hip hop. The songs blasted through our house for weeks. Once Blake had the idea to dress up as characters from the movie for Halloween, Nash quickly gave up his original Harry Potter costume idea.

Blake chose to be Jay, the son of Jafar, and Nash dressed up as Carlos, the son of Cruella de Vil. 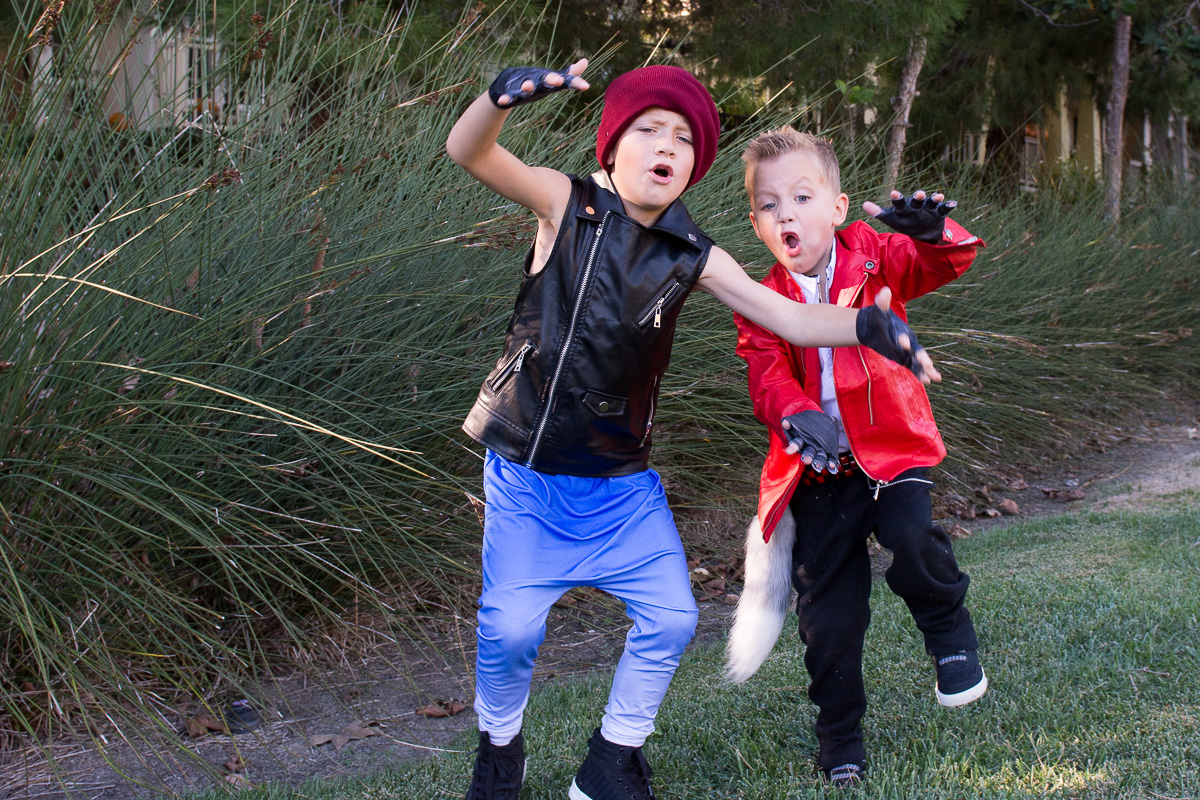 The costumes weren’t sold in costume shops so we searched high and low for each piece to make the ensembles complete. 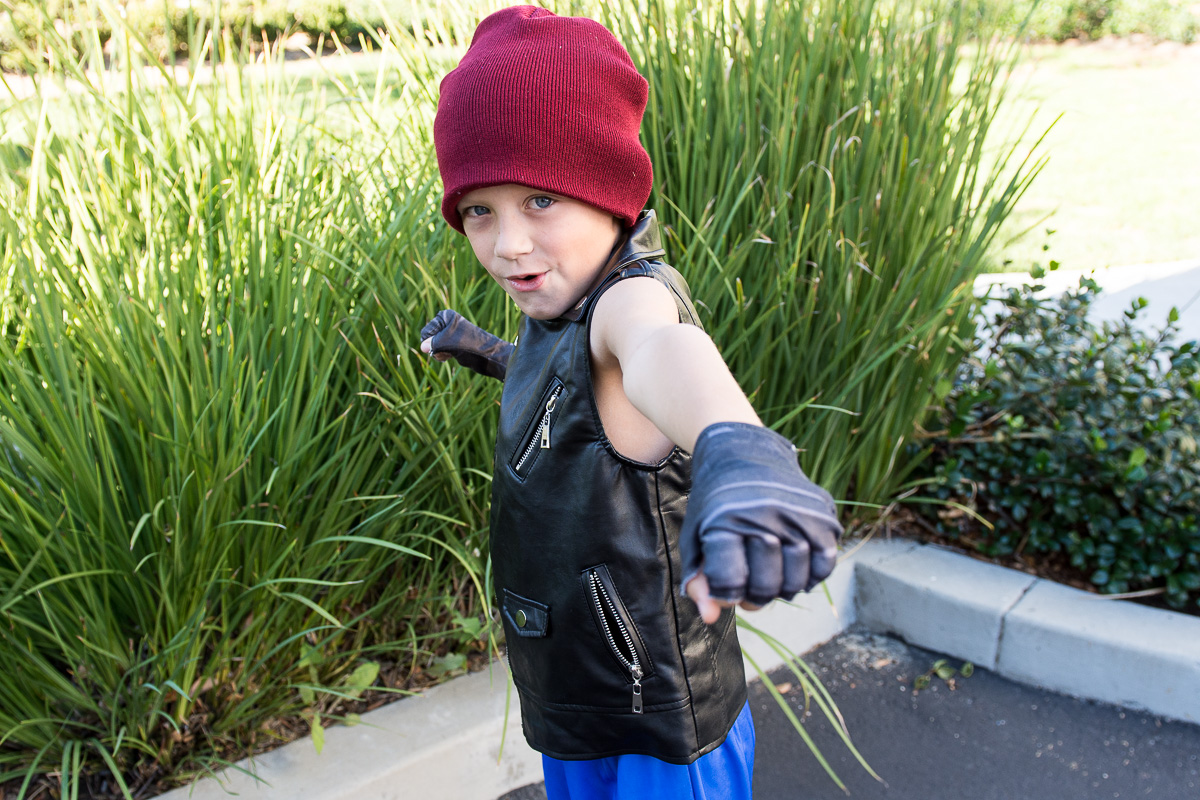 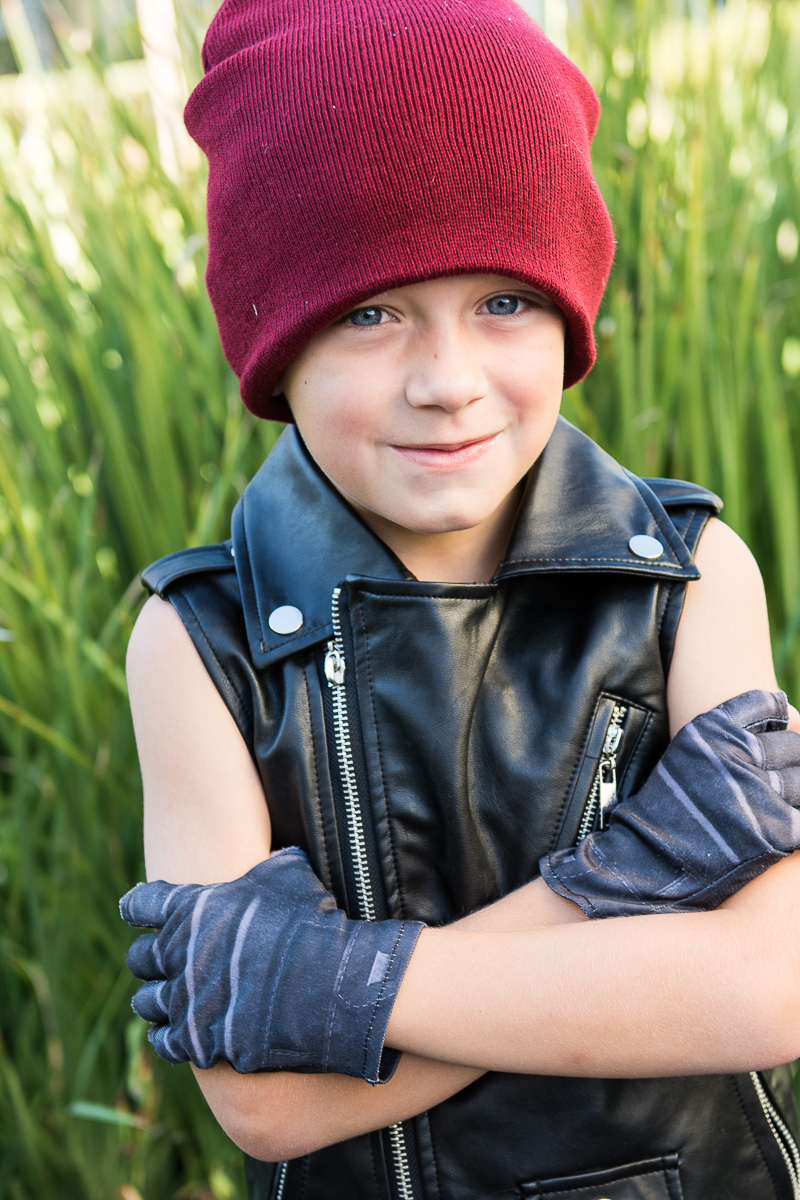 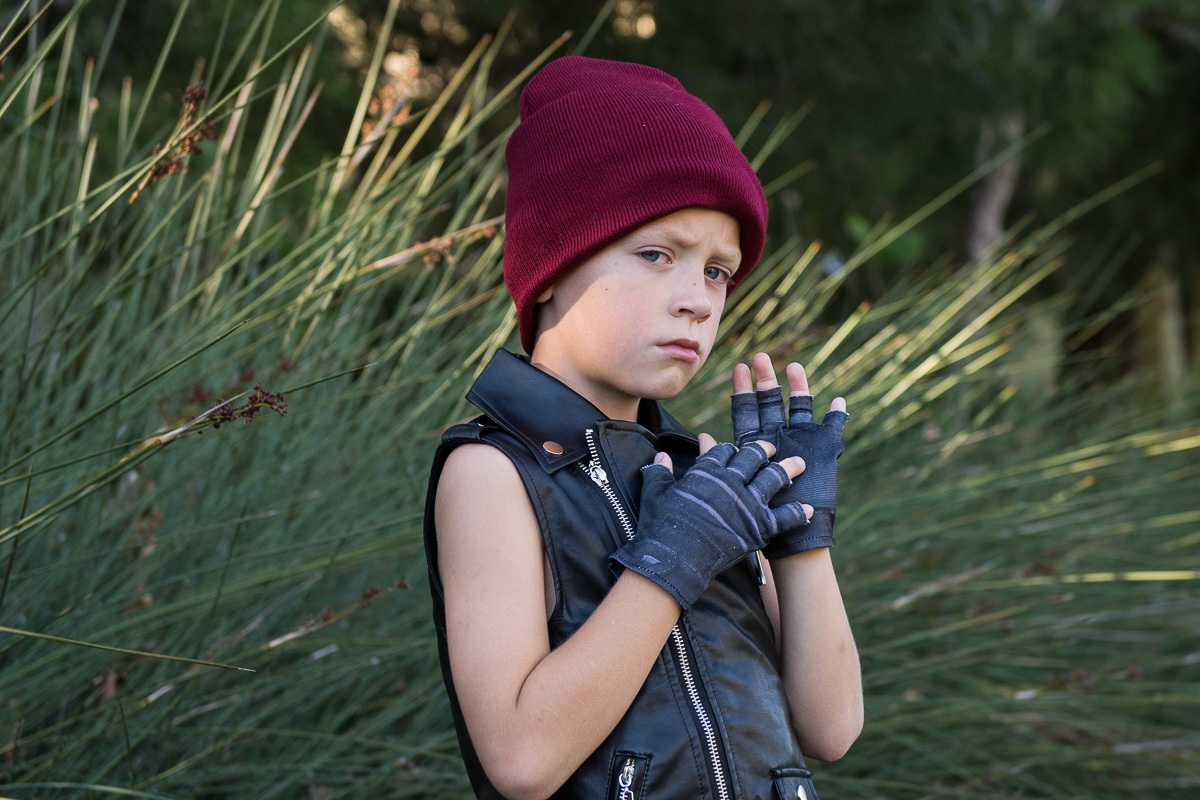 Someone snuck a little candy in his vest… 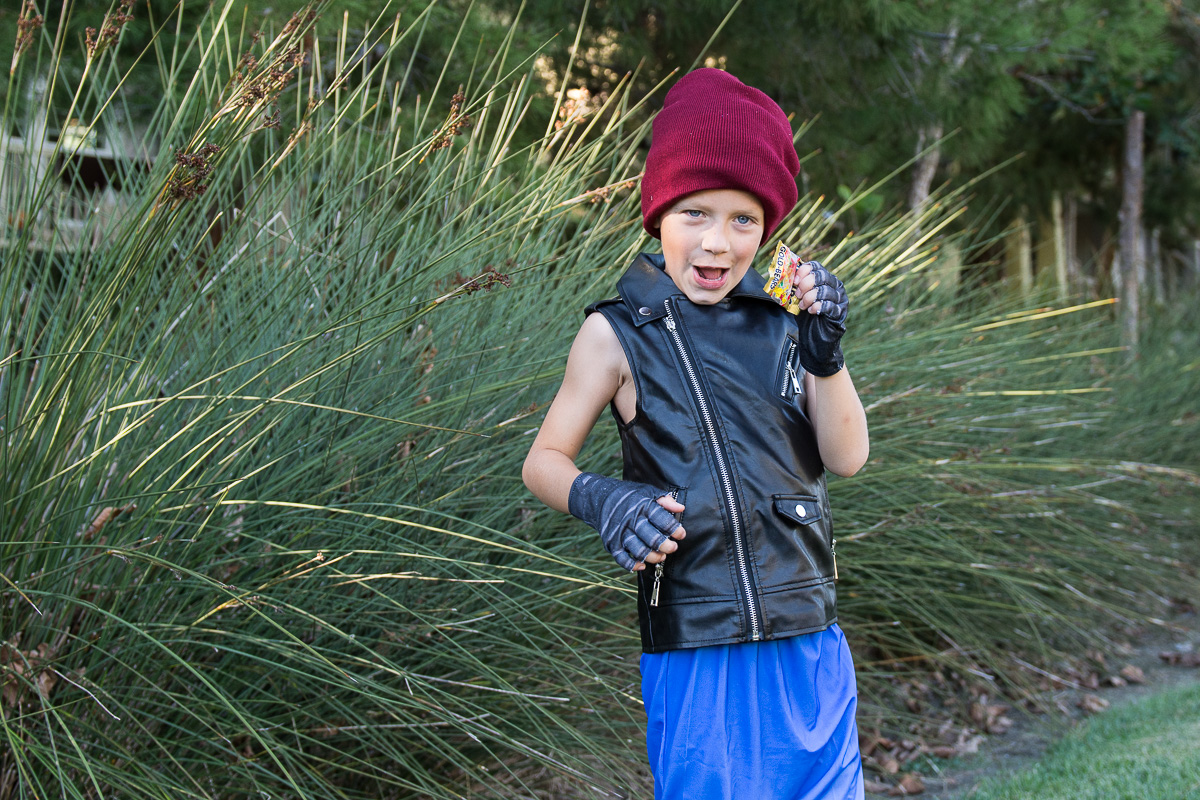 The boys have those dance moves down, I tell you. 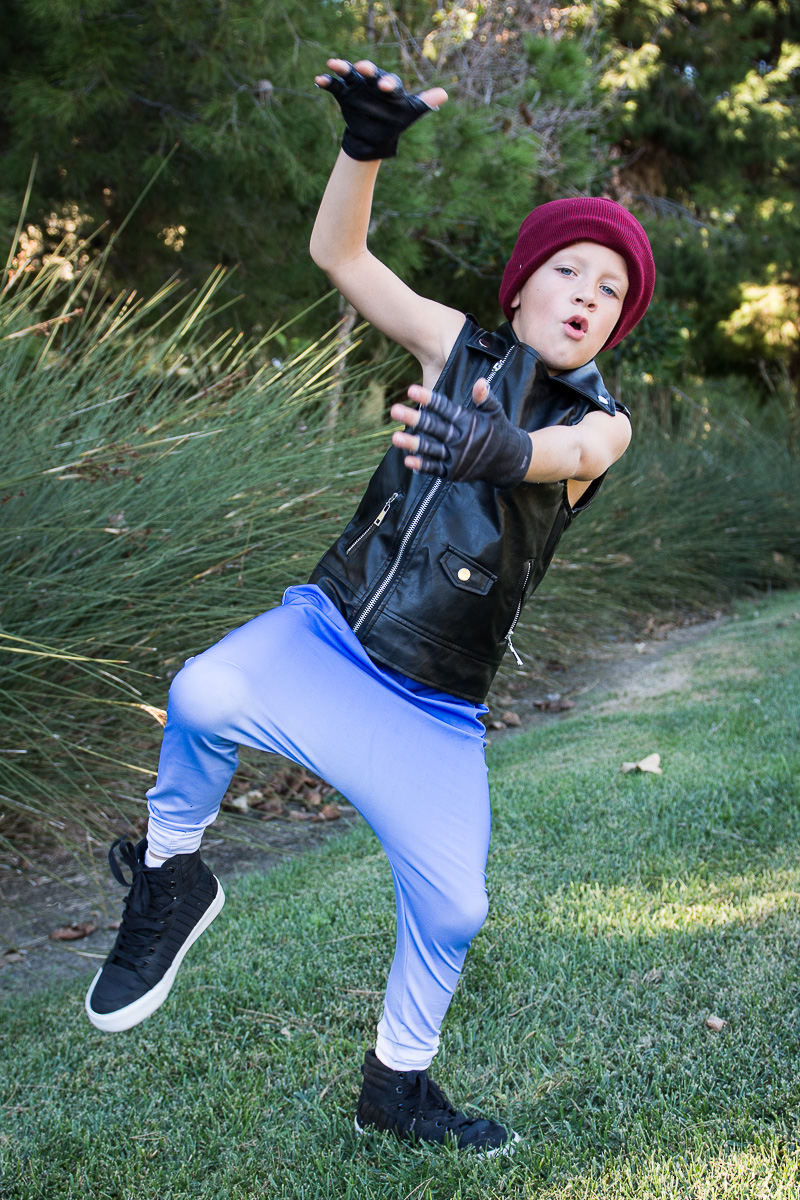 Nash’s jacket was the very first item I ordered when the idea came into play. I didn’t realize when I placed the order at the beginning of October that it was shipping from China. Week after week, it didn’t arrive. I started tracking the package and discovered that it was scheduled to arrive two days after Halloween. No!

I watched as it went through customs in LA on the 29th and made it to Anaheim on the 30th. I thought, maybe, just maybe, it might still make it on time. I received a text alert at 7am on the 31st that it was at our local post office. And sure enough, exactly one hour before we needed to leave for our Halloween Festivities, it appeared in our mailbox. I had a not-as-perfect back up option on hand just in case, but Nashy and I leapt for joy when the jacket arrived just in the nick of time. It was a Halloween miracle. 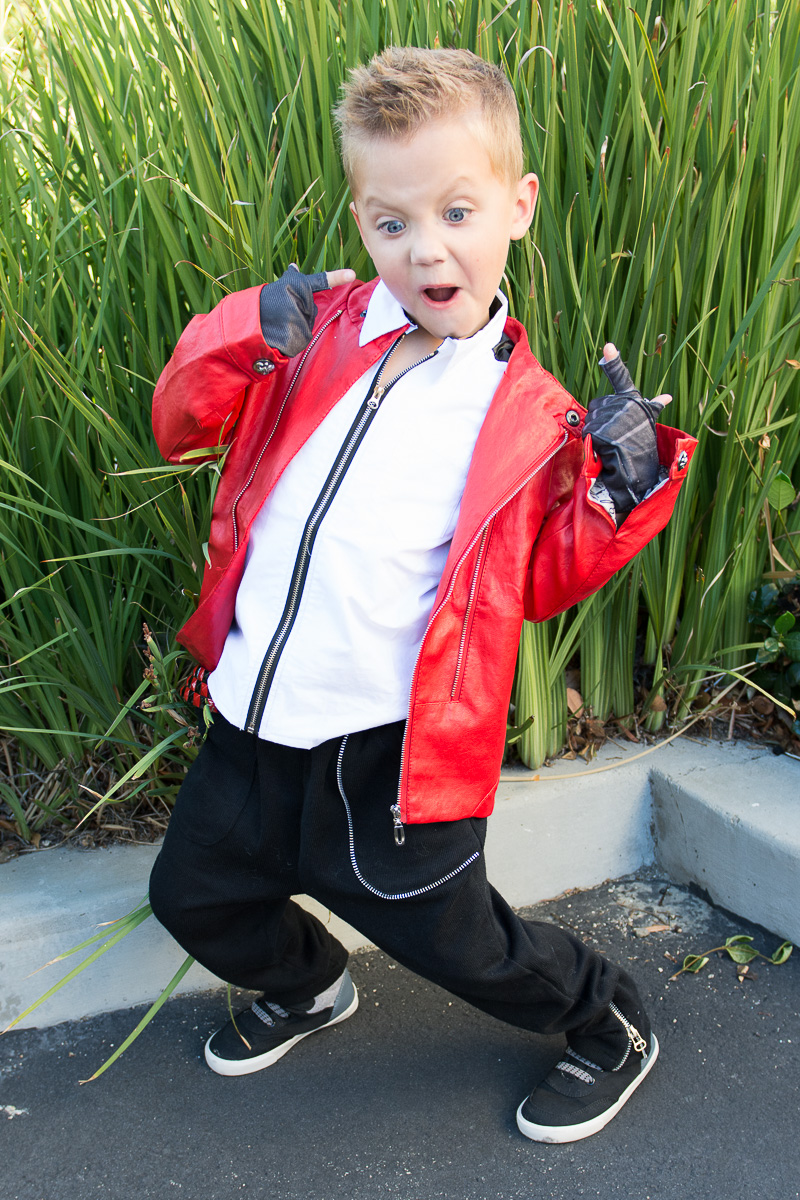 He sure hammed it up in his complete ensemble. 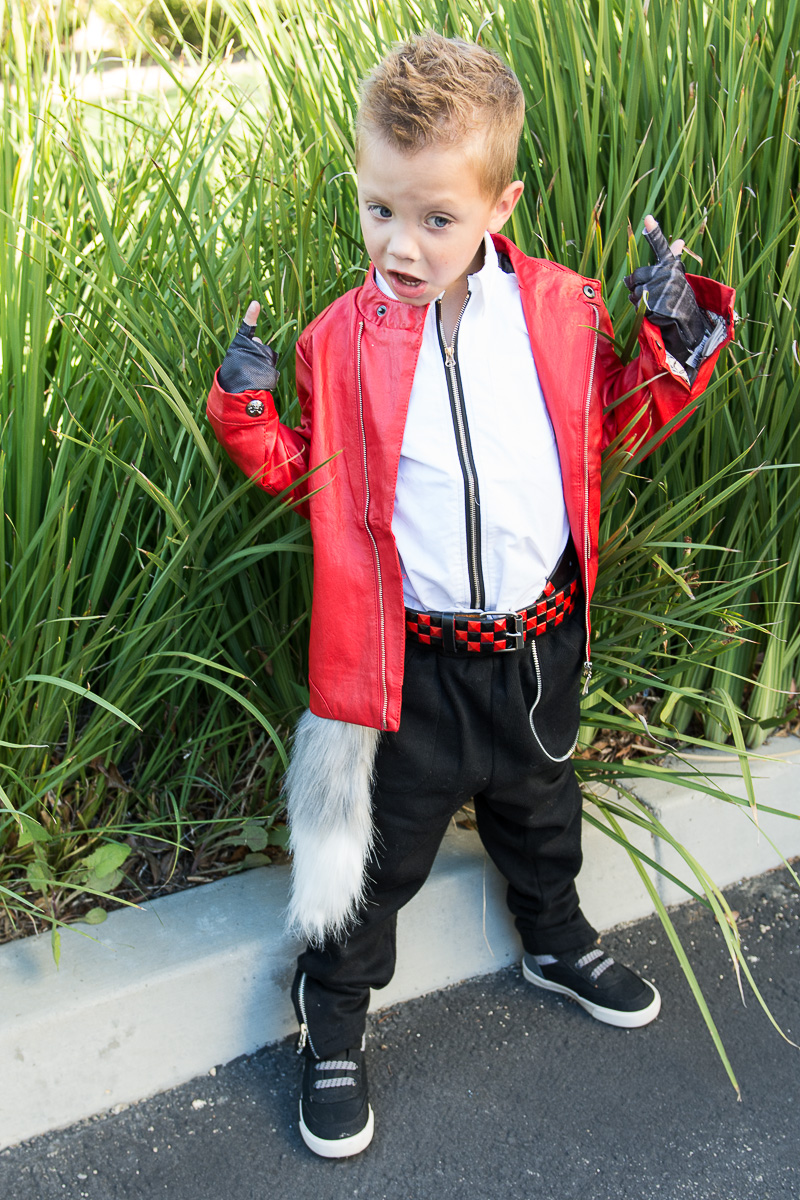 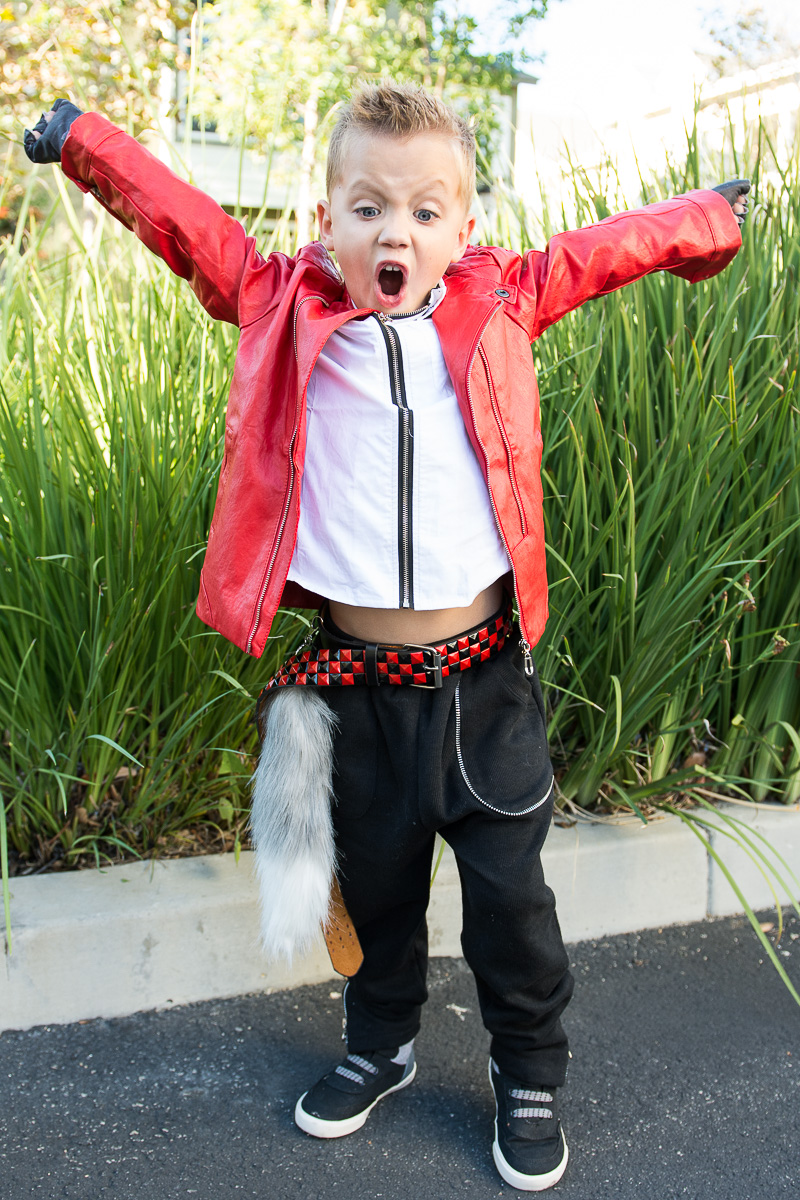 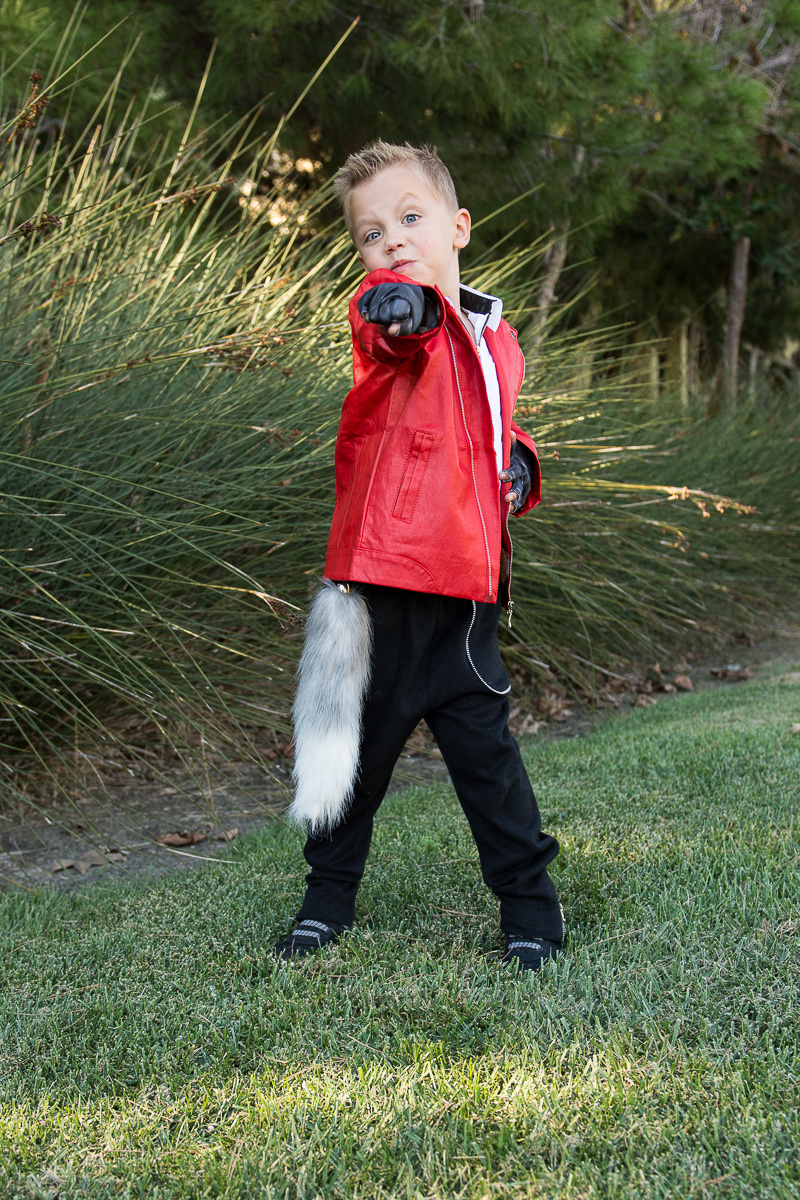 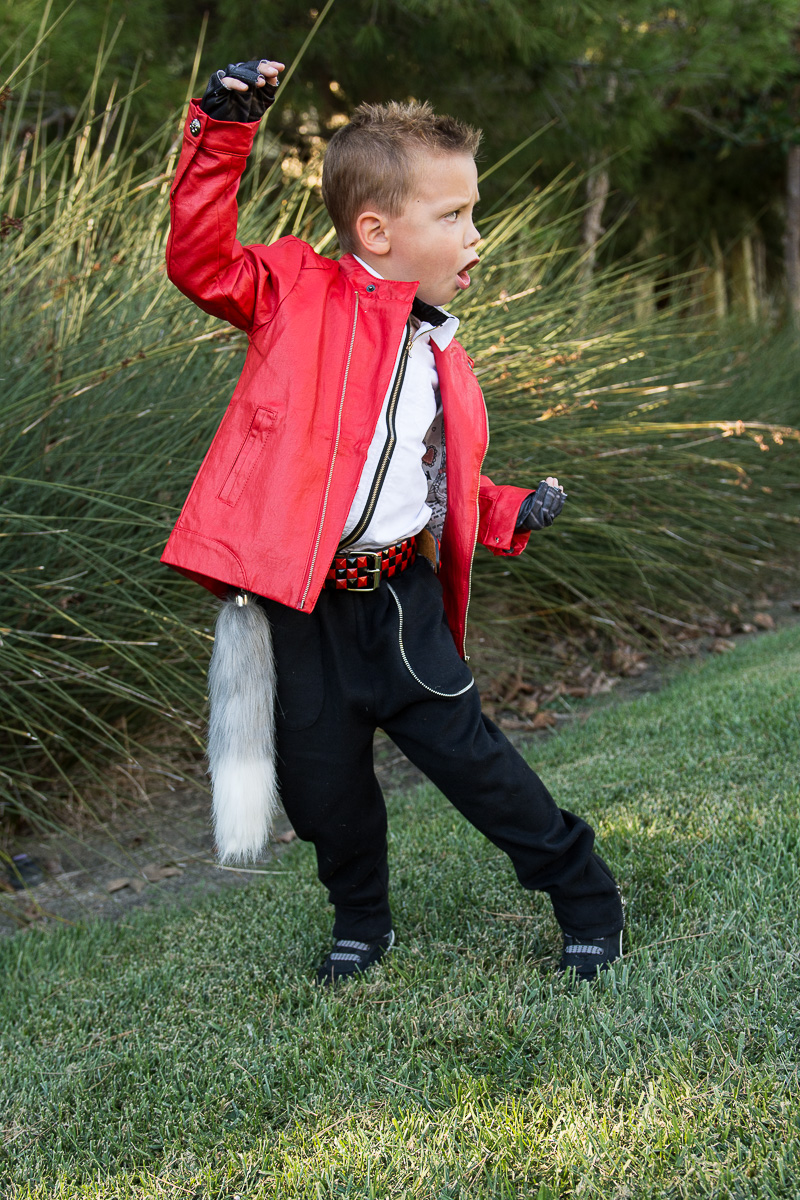 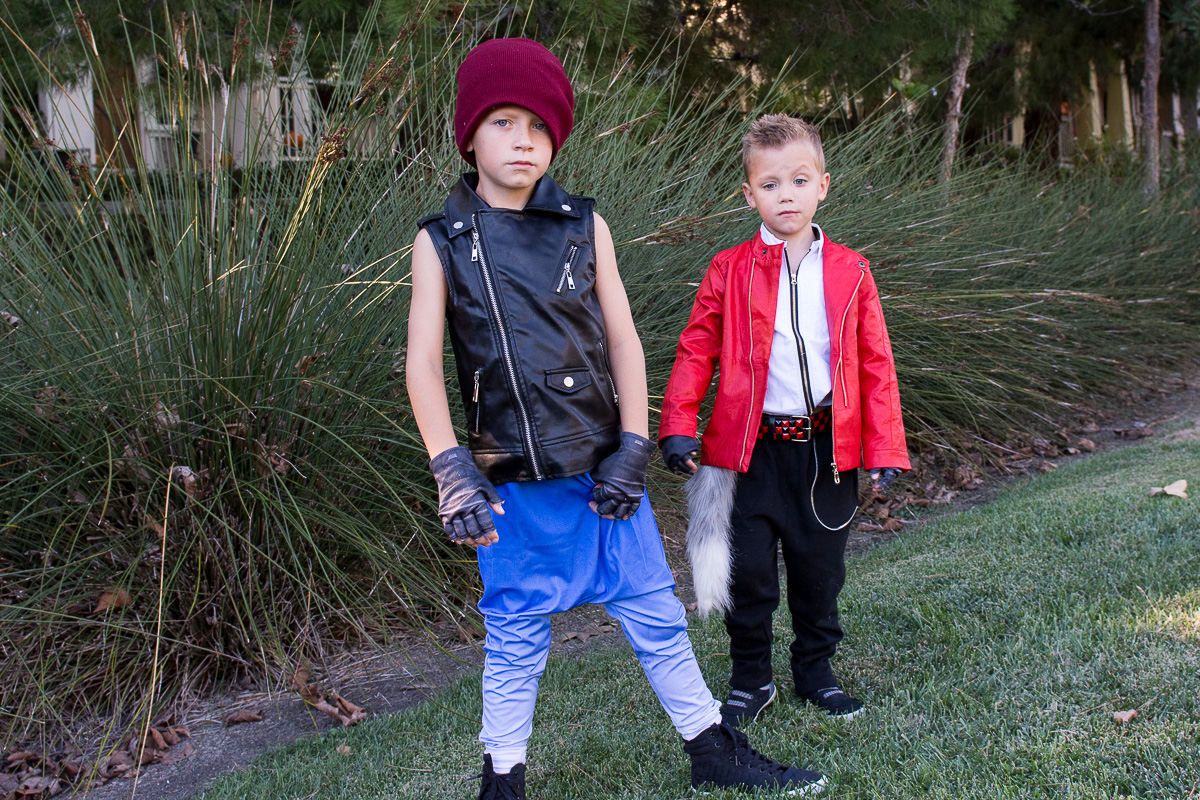 Our neighbors were just as obsessed with the movie and the boys’ friend Elle dressed up as Evie, the daughter of the Evil Queen. 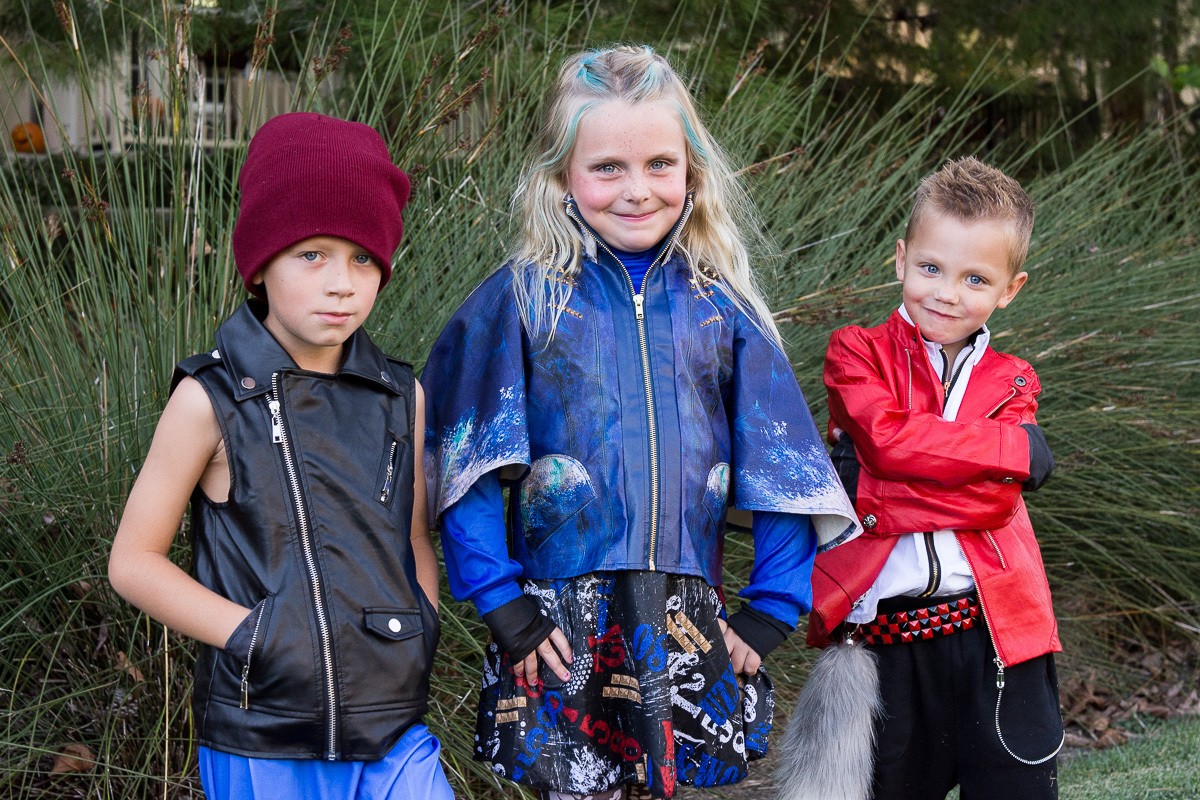 Not a lot of people knew who they were but they were so proud of those costumes. 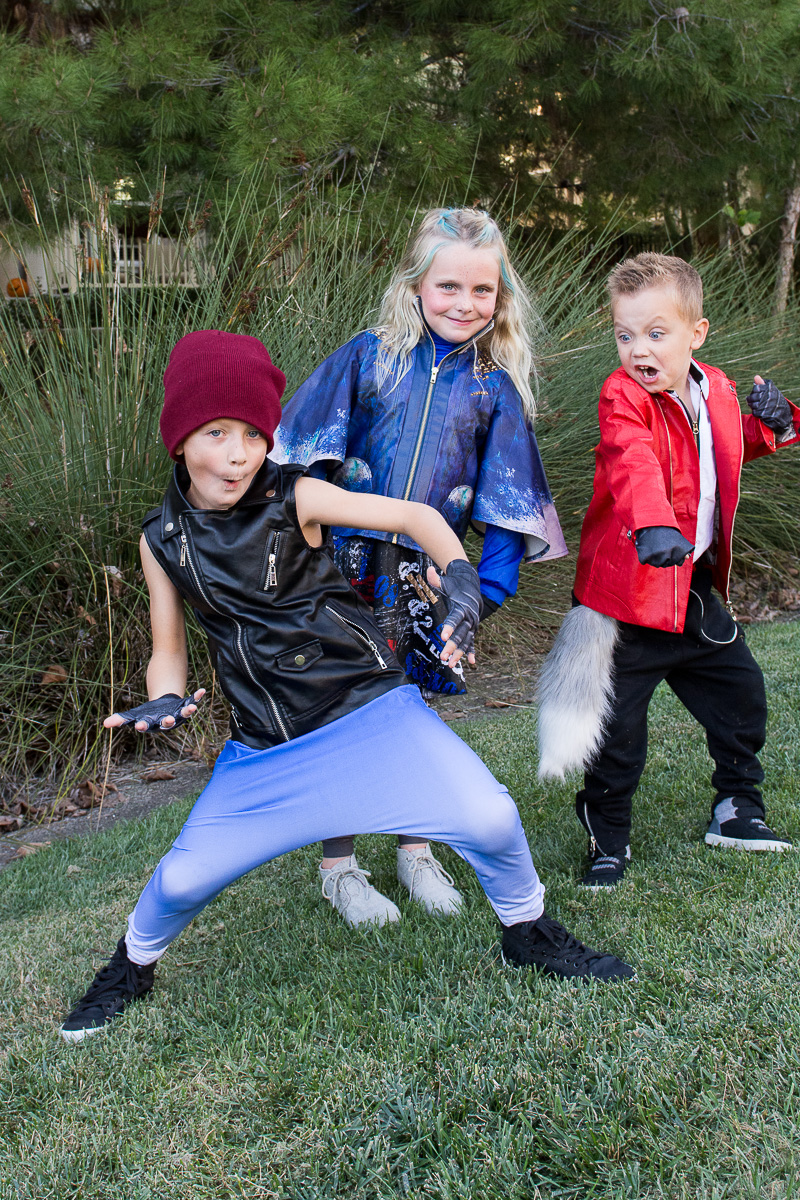 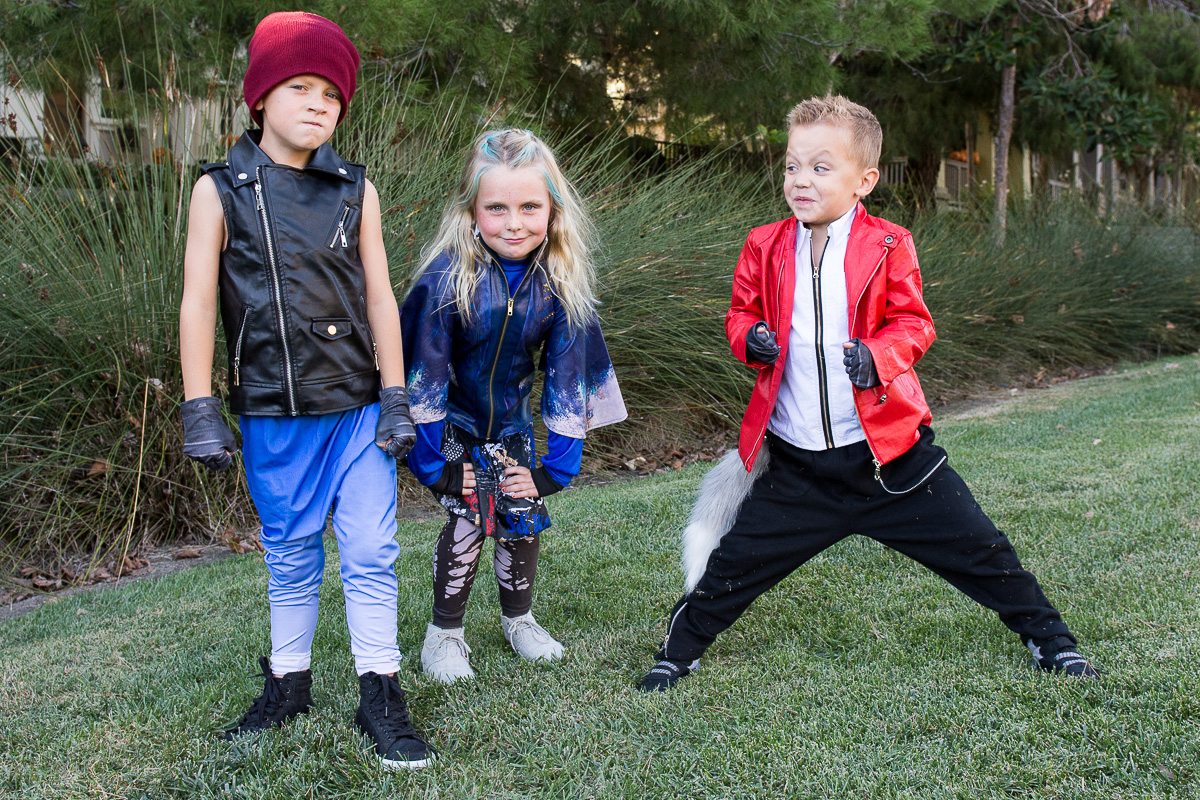 Elle’s sister Reese jumped in with the Descendants for a few shots. 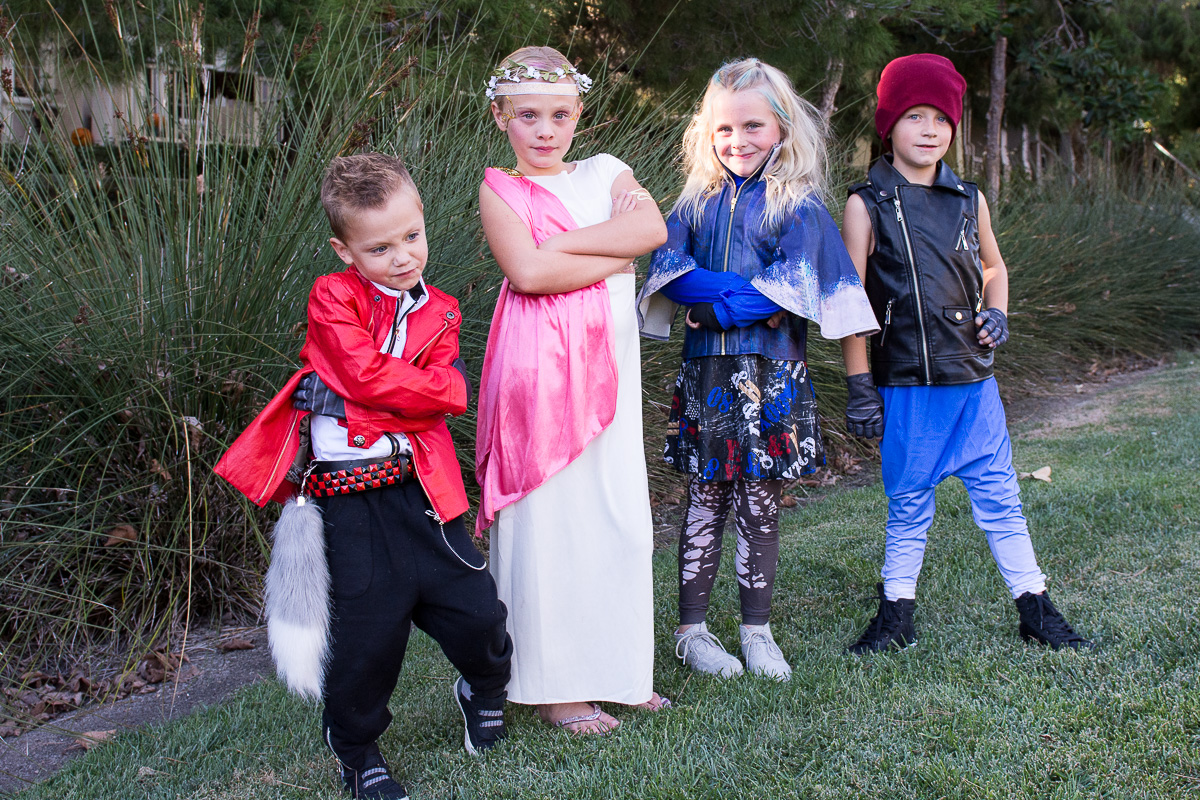 These four are the best of friends. They call each other “frousins.” It makes my heart melt to see their cute relationship with each other. 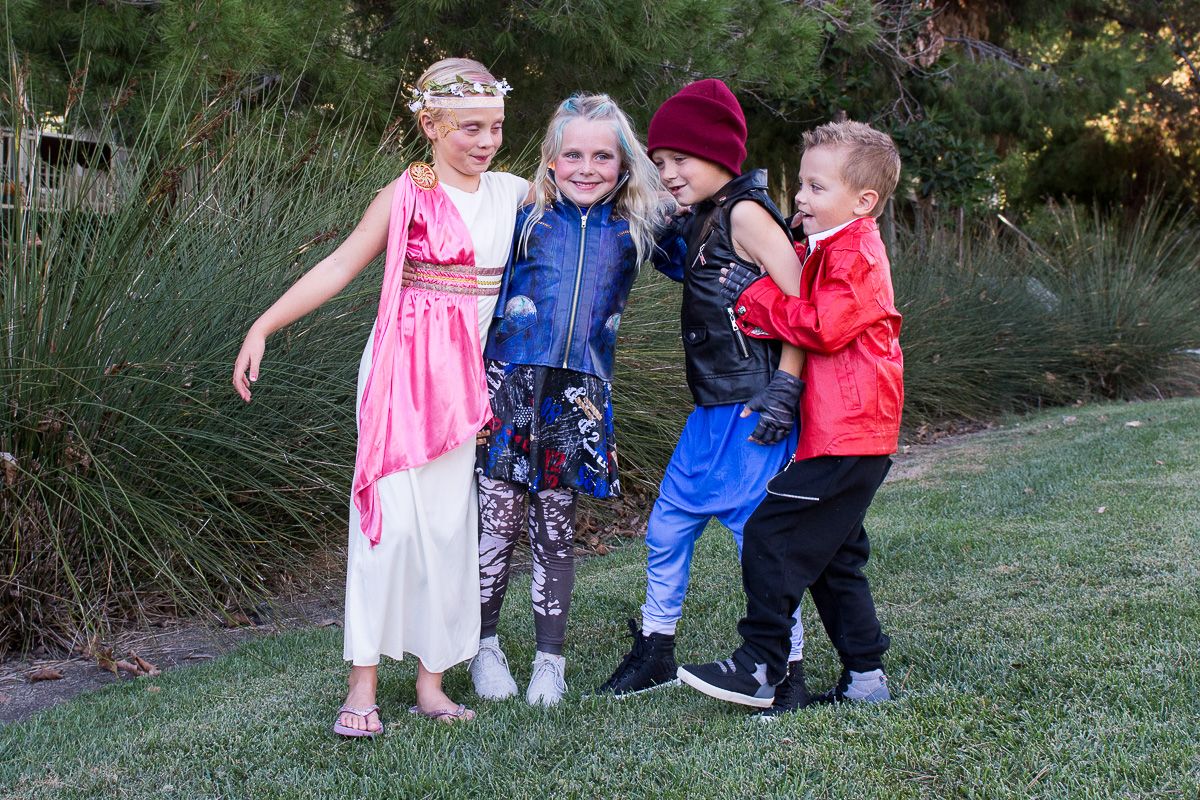 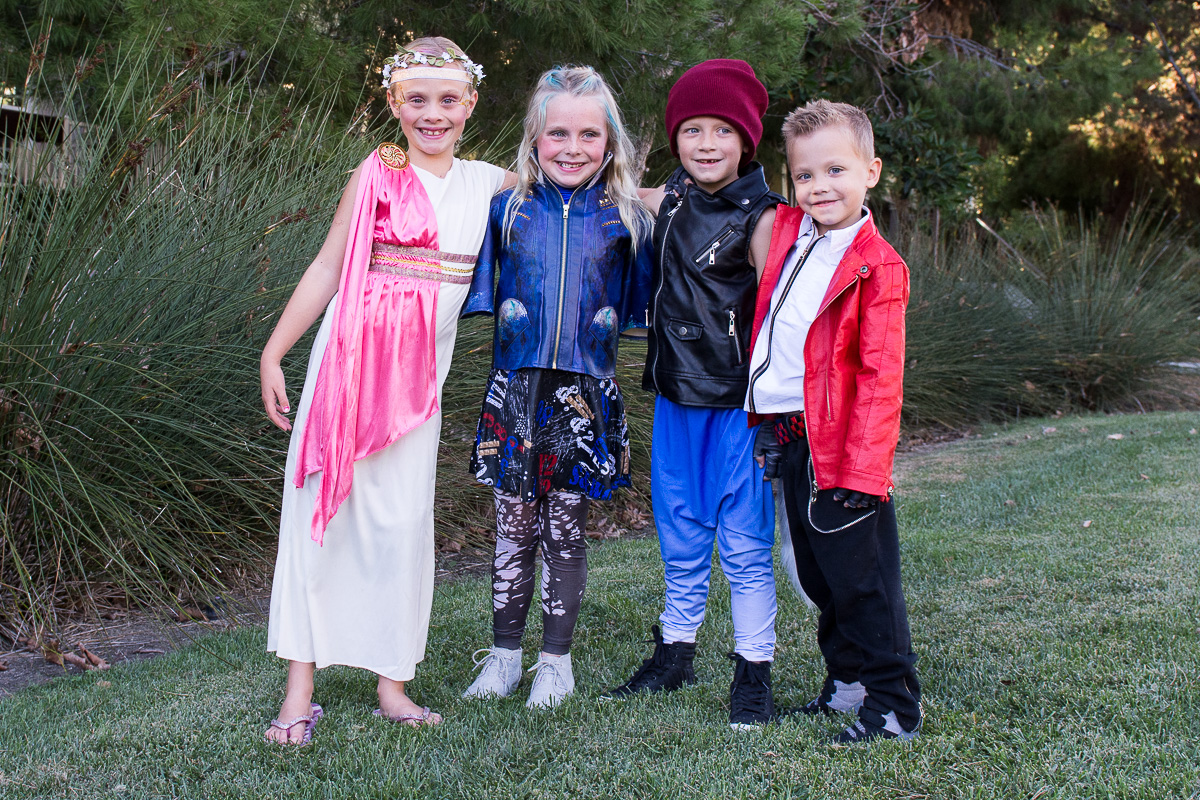 After obliging me for a few shots, it was on to one of the most anticipated, sugar-filled nights of the year.