Skip to content
We set out for a day of adventures on our day off from school on President’s Day.
First on the agenda was meeting up with extended family at the Ocean Institute.

We explored the boardwalk along the harbor while waiting for everyone to gather.

And he relaxed, of course.

We had never been to the Ocean Institute and it was the perfect length activity for our big group.

The boys put on their best pouty crab faces.

One by one, their cousins and siblings joined them.

We saw some jellyfish and other ocean wildlife as we toured the facility.

After grabbing some lunch, we attempted to jump on the trolley that runs along the Pacific Coast Highway in Laguna Beach. The kids didn’t mind the wait at the trolley stop because there was a climbing tree that provided endless entertainment.

Sometimes I’m lucky enough to capture Nash and Blake’s personalities to a T.

After waiting and waiting for the trolley, a city bus finally pulled up to the stop. The driver informed us that the trolley only runs on weekends during the winter. So, we jumped on the bus to bring us to downtown Laguna Beach instead. It wasn’t as charming, but we had already promised the kids we would get gelato while we were there. Crew and his cousin Saphera ran hand in hand all the way from the bus stop to the gelato shop.

The gelato shop is located in the quaintest alley. We admired our surroundings while waiting in line.

The line was out the door, not surprisingly. Gelato Paradiso has the best gelato in Orange County.

We filled each bowl with three flavors so we could sample multiple kinds of gelato.

Some were better about sharing than others.

We stumbled upon a Dr. Suess art display at a gallery while we were waiting for the bus to pick us back up.

We loved every inch of that gallery.

It’s always a treat when Troy has the day off and can join in our adventures.

The day wasn’t over yet though. When the bus delivered us to the parking lot, I realized almost immediately that in the hustle to get everyone off the bus, I had accidentally dropped my phone. My father-in-law and I jumped into a car and chased the bus back up the Pacific Coast Highway. After some maneuvering to get ahead of the bus, I dropped my father-in-law off at the corner of the same gallery we were at to begin with.
When the bus came to a stop, he hopped on and searched each row from front to back with no luck. The driver was nice enough to let him swap places with me from the side street I was pulled over on so I could search too. I looked on the floors and on each seat. There was no sign of my phone. Just as I was about to give up, I glanced in between the seat and the window in the row where I was sitting and sure enough, my phone was wedged into a tiny gap.
I was so glad I didn’t chase down that bus alone because there is no way I could have pulled over on a busy road or parked on a side street to stop the bus in time.
It was an eventful ending to an eventful day. 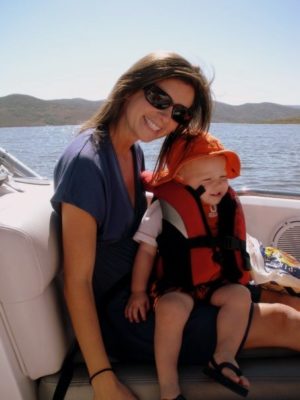