Skip to content
We had a wonderful Nash Family reunion. I am so glad that Blake and I were able to go. I really treasure the time I get to spend with my extended family, especially now that I don’t see them more than once a year. We felt like we took over the island because there were so many of us clumped together in long bike trains. Therefore, we renamed Mackinac Island “Mackinash Island” since we dominated a large percentage of the island population for the week. 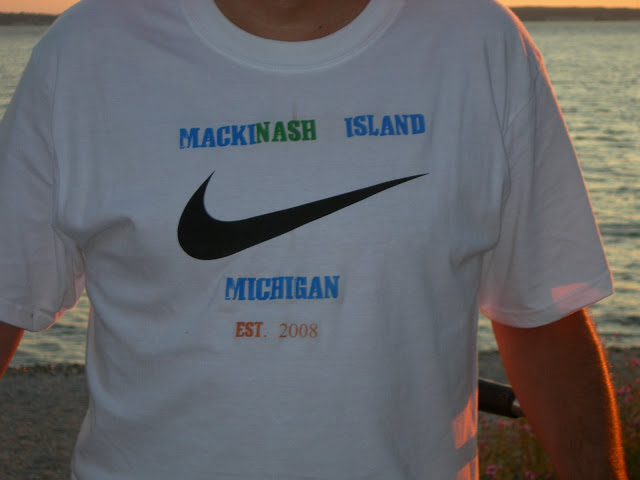 One of my favorite reasons for these gatherings is getting to see my beautiful cousins. I just adore these girls and love to see how much they’ve grown. 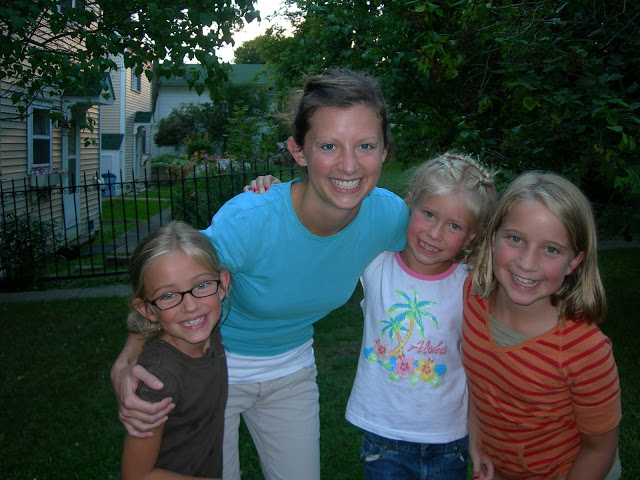 Blake took his first dip in Lake Huron. He didn’t mind the cold one bit. He’s such a water baby. 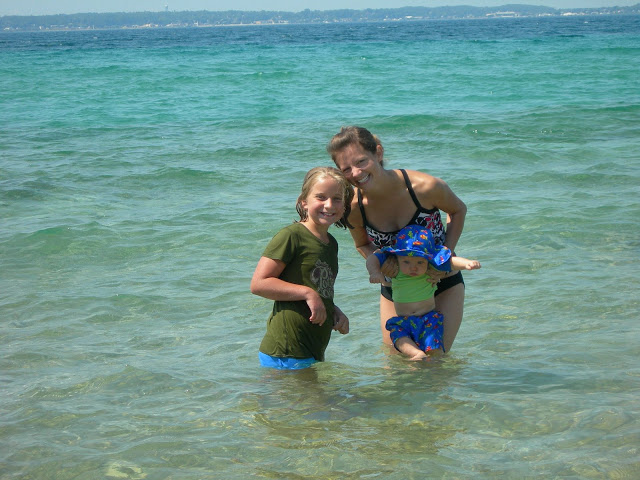 I let go of germ worries for the week. Blake got to experience many new things, such as a sucker that his cousin Jameson shared with him. He loved it, of course. 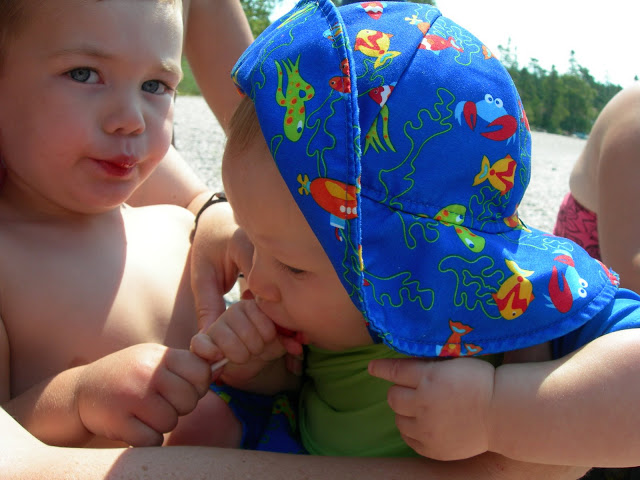 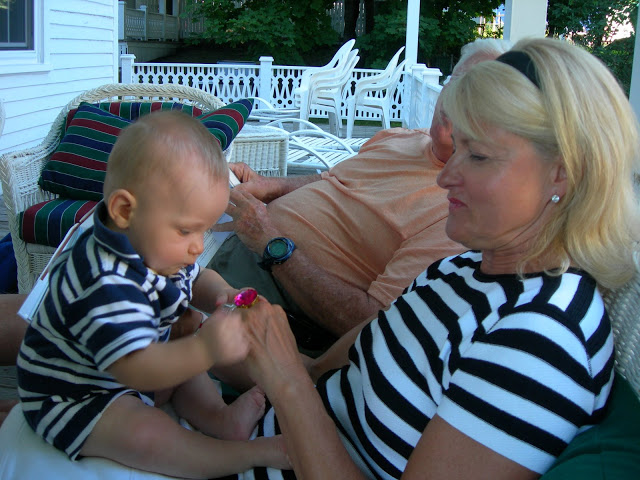 The Nash family has a lot of traditions at the Mackinac Island gathering. One of the traditions is our annual treasure hunt. We take a hike in the woods and collect unique pieces of bark. 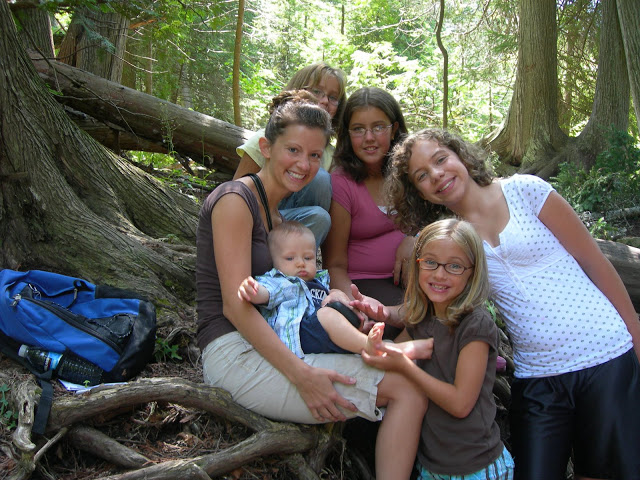 Then, we glue down all of our findings and label them for what they resemble. This year, we had an awards ceremony and gave out awards such as “Most creative, best electronic device, showed the most exuberance in the process, and most realistic.” 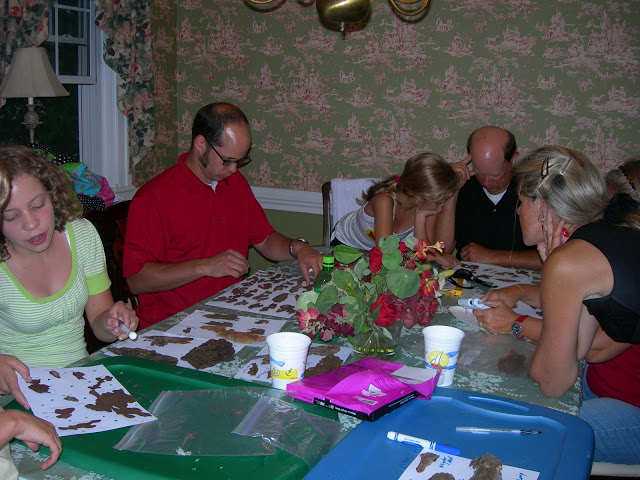 The guys rearranged the flow of “Brown’s Brook” stream by moving the rocks around. This is also an annual tradition. In addition, my uncle “Buck-tate” (they all have nicknames) created a masterpiece tree. 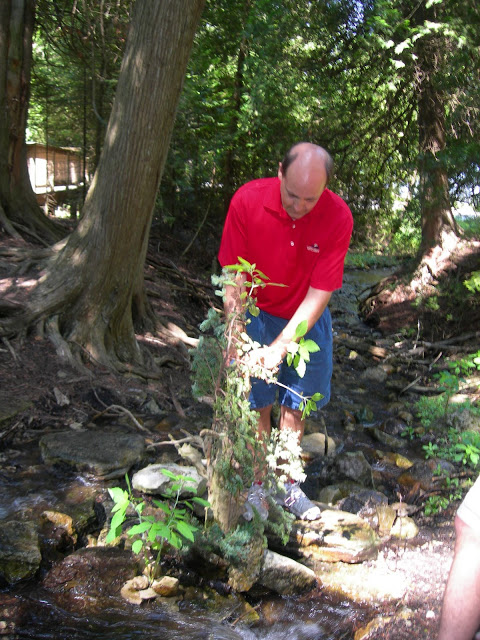 My cousins loved feeding and holding Blake. From the second I entered their cottage, they informed me of the order of who was going to hold him. They were content with being fifth or sixth in line, even if it meant hours before getting to play with him. I never fed him dinner the whole time we were there. The girls would circle around him every night, taking turns making the food and feeding him. They were so good with him and I actually got to eat my own meal uninterrupted for a change. 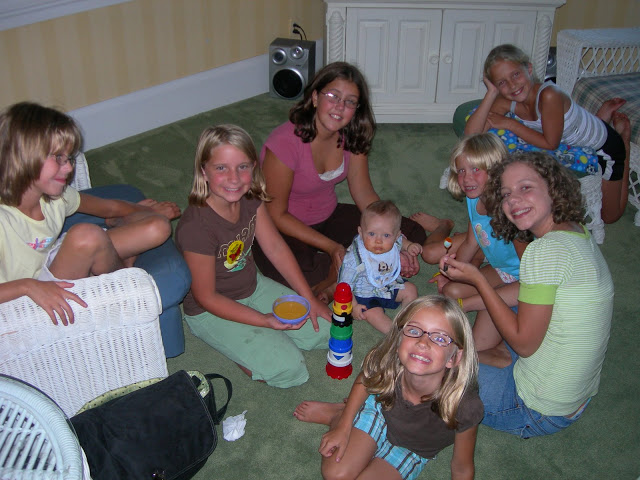 My dad puts on an elaborate “Nut-roast” every year. He dresses up as characters and “roasts” or makes jokes about members in our family. He pokes fun at trivial things like golfing attempts, hair loss, beautification procedures, bike crashes, and old age. The ceremony is complete with audio/visual effects. My brother is usually completely in charge of this task but since he was gone this year, I was in charge of the A/V. The presentation went fine, but I am happy to hand the duties back over to Jorden the expert next year. 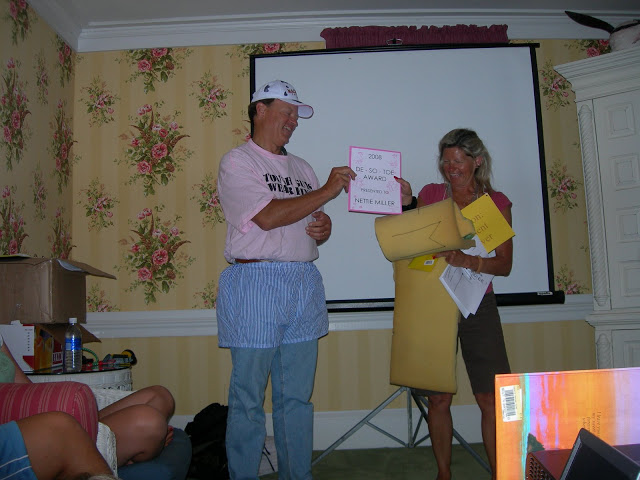 My dad’s character this year was the bum steer (AKA pink geek). In past years, he has dressed up as the Phantom of the Opera, the White Angel, and the Pink Panther to name a few. 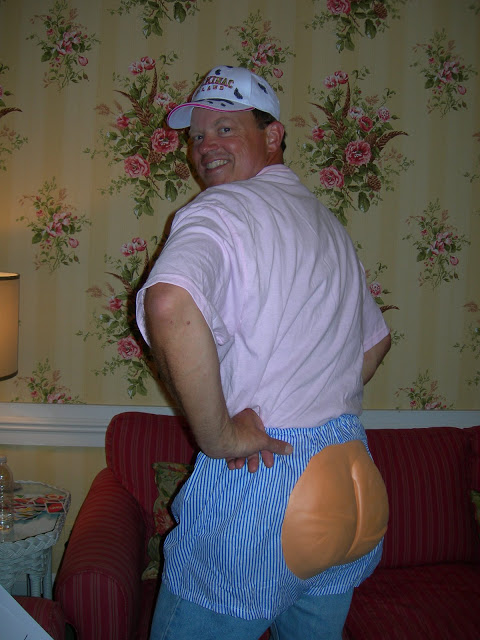 A debut tradition that we started this year was the Neiman Marcus bike run. There are too many Nash family memories and anecdotes for me to even begin to explain this one. Suffice it to say, we decked out our bikes in pink streamers, put on dorky hats, and the more despicable the bike was decorated, the better. 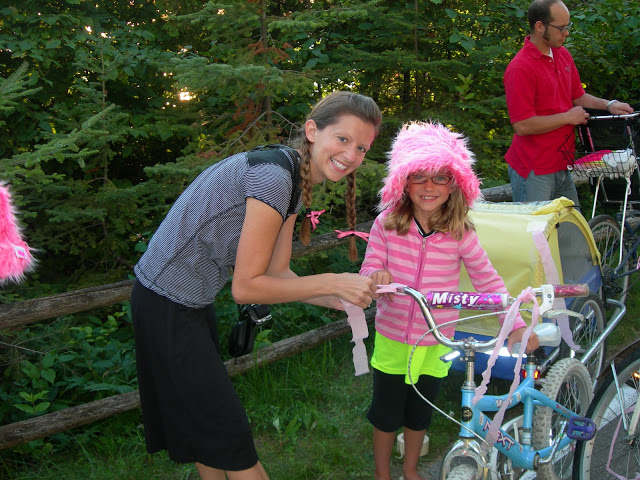 We even put on a parade with our tacky bikes.
Then, we rode to British Landing to watch the sunset. Our family did the “Flamingo Salute” which would also be too exhausting to even attempt to explain. The Nashes are full of inside jokes, traditions, and memories that probably wouldn’t make sense to anyone else. And that is what I love about our family! I’m still trying to get Troy in on all of the fun. He is a bit reluctant to join in the festivities all at once, so it is probably good that he couldn’t come and be scared off this year (although we missed him). 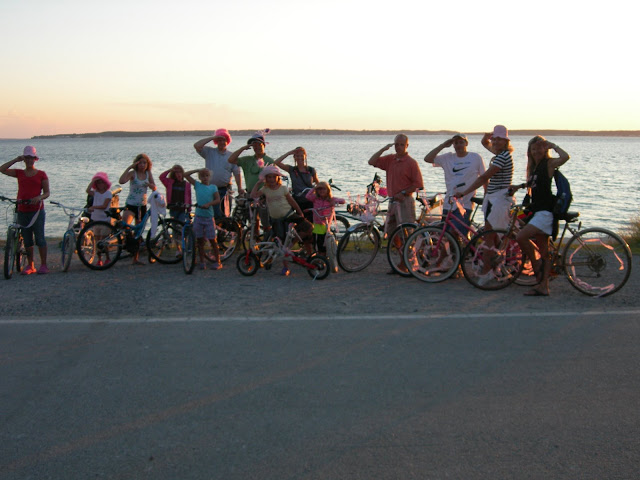 Until next year…Happy Nash Family Reunion! 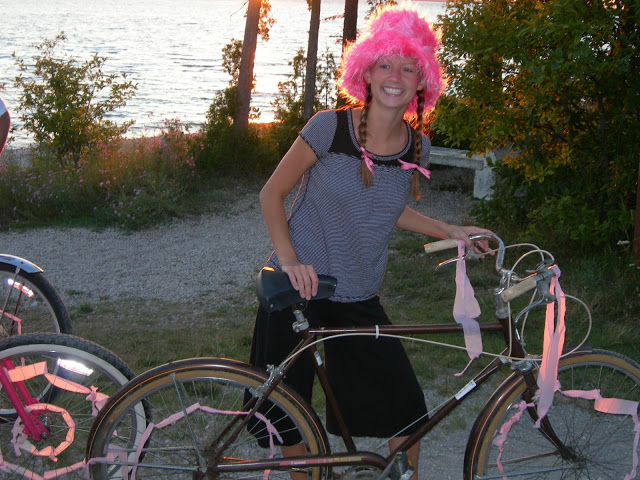