Skip to content
Remember the psychology theory that Pavlov developed about the dogs who were conditioned to salivate when they heard a bell, because in the past they had received meat each time they heard the bell? Well, I happen to have a son that proves Pavlov’s Conditioning Theory. 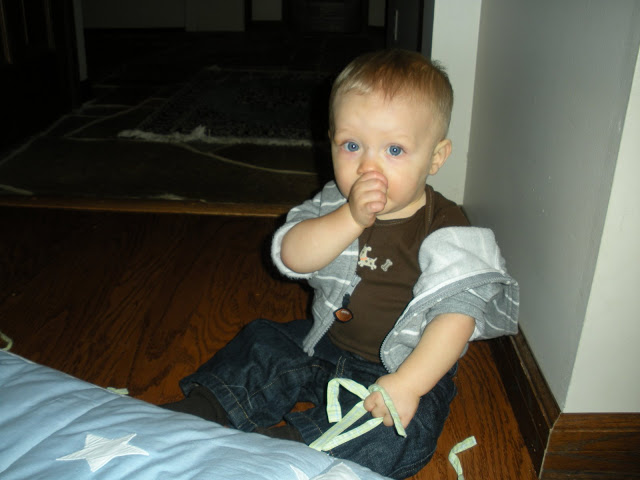 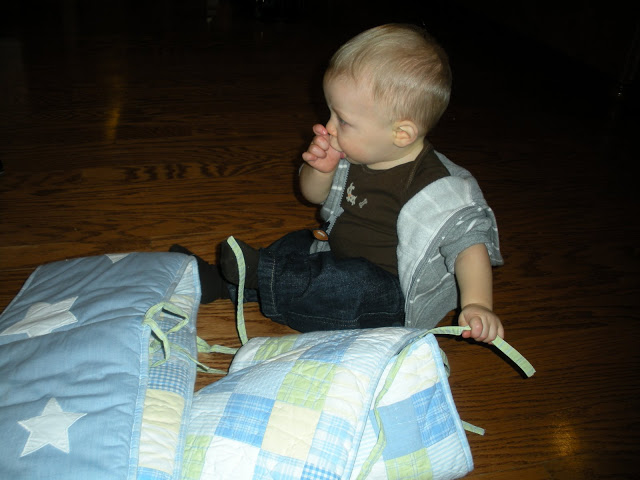 Let me back up a little bit. Most children attach themselves to a blanket or a stuffed animal that becomes their “lovey.” In Blake’s case, his lovey is his bumper pad. Of course he couldn’t pick something normal. The backboard of his crib is flat and has no spokes, which means that we can’t tie the bumper pad strings to that portion of the crib. Upon being lowered into his crib for naps and bedtime, Blake immediately grasps the bumper pad strings in his left hand and sticks his right thumb in his mouth.
So, since Blake associates his bumper pad with sleep, we have to cart the thing around everywhere with us. When we stayed overnight at Grandma and Grandpa’s house over Christmas and New Years, instead of packing a blanket or stuffed animal, we had to pack the entire bumper pad, and re-tie it in the new location. When Blake and I were on our road trip to Arizona, I had to make sure to bring the bumper pad so that I could give it to him in the car to indicate that it was time to sleep.
Now, back to Pavlov’s Theory. I thought that Blake’s bumper pad was just his familiar comfort item that he liked to have at bedtime. However, in the process of packing and unpacking the bumper pad over the past few weeks, every time Blake saw it on the floor waiting to be loaded into the car, he immediately reached for the strings with one hand and stuck his other thumb in his mouth. The only time he ever sucks his thumb is to fall asleep. Therefore, he has been so conditioned to associate the bumper pad with sleep that he sticks his thumb in immediately when he sees it! 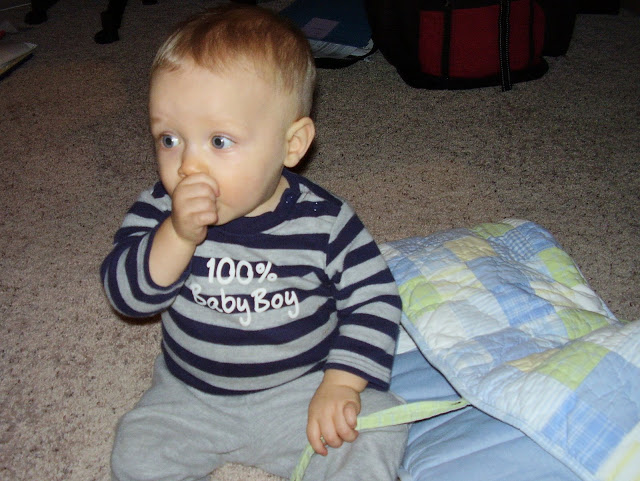 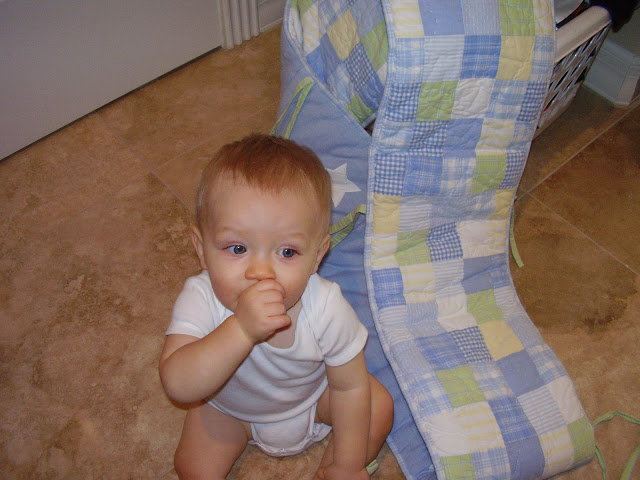 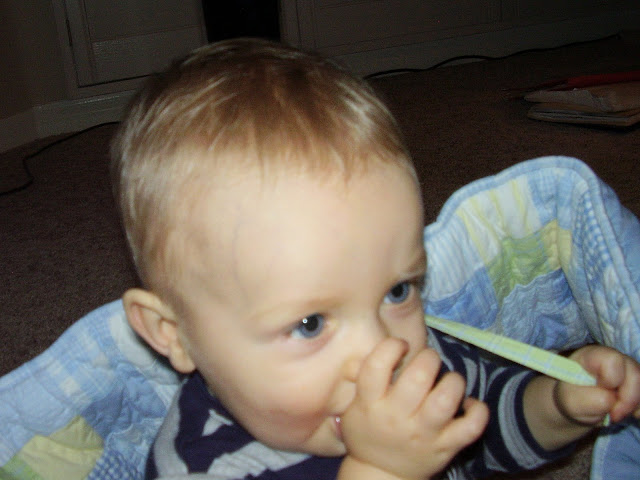