Skip to content
I am currently engaged in one of the most spontaneous things I have ever done. I am completing an intense 200 hour yoga teacher training program in Scottsdale, Arizona.
I have only been consistently practicing yoga for about two years, but I have loved the transition that yoga has given me coming from a dance and gymnastics background. Yoga has allowed me to relax and calm my mind that is generally rigid and reliant on a tightly planned out schedule, as well as improve the flexibility that I once had and the strength that I have never had. I did yoga through my whole pregnancy and found great benefits there, and I find that I now crave the practice. I came home from every class and told Troy how much I loved the escape that it gave me, how wonderful it felt, and how much I wanted to become a yoga teacher someday.
Last Thursday, out of the blue, we began talking more seriously about me completing a yoga teacher certification. I told Troy that I might look into a summer training program, so that I could find a high-schooler to watch Blake during the day. Troy came up with the idea of looking into trainings in the Phoenix area, since my parents could watch Blake and there would probably be more studios there.
On Friday, I did an online search to find schools registered with the National Yoga Alliance. Phoenix did have a lot more studios than Salt Lake City, but most studios only offered 7 months of weekend teacher trainings, which of course would not work. I stumbled upon one studio that offered a rapid month long training (Mon thru Sat, from 8am to 4pm), but only in July, when my parents wouldn’t be in Arizona. I called the studio to see if they knew of anyone else in the area that might offer a rapid program in February or March, and they informed me that they had a rapid program starting on Monday, and that it wasn’t too late to register!
I forgot about the whole idea until Troy came home from work and asked me what I had found out. I knew there was no way I could pack up in one day, drive to Arizona the next day, and be ready for class on Monday. Troy said, “why not?” He has been incredibly supportive about this whole idea (which was actually his idea), and he pointed out that we had nothing going on in January. He made a whole list of convincing points. He reminded me that Blake is at a perfect age for me to not have to be with him all day since he is mostly weaned, we are in-between babies, it is a great time to get out of the snow, and it would just get harder and harder to complete in years to come.

He was so supportive of me fulfilling one of my dreams, even though it meant leaving him alone for an entire month.

I called my parents and presented them with my crazy idea. They were absolutely thrilled about watching Blake for a month. The only thing left to do was enroll for training. I freaked out a little because I hadn’t even taken down Christmas decorations, unpacked gifts, or packed anything for Blake and me, but I let it all go and jumped right in (which is what yoga is all about, right?). It wasn’t as bad as I had anticipated to get packed and de-Christmased on Saturday. Troy even surprised me with babysitters (aka his parents) who just showed up and let us go out for dinner before I left for a month. On Sunday morning, Blake and I loaded the car and completed the eleven hour road trip to Arizona. He was actually a very good traveling buddy, which I was very concerned about since I was doing it alone. He made it through most of the day completely happy and content.
So, here I am! I am training with some of the best teachers in the nation, who have learned the yoga practice through direct lines from India. I am getting an amazing education and although I miss Blake terribly during the day, I know that he is in great hands and I never have to worry about a thing. This is probably the most spontaneous, most spur-of-the-moment thing I have ever done. But, it is an incredible opportunity, and I have the best husband in the world to back me up one hundred percent. 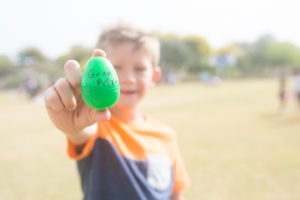