Skip to content
Exactly 3 years ago today, on 3/3, Troy asked me to marry him. Since I started this blog after we were married, I thought it would be fun to tell the proposal story. “3” happens to be a common thread amongst many dates in our lives. Troy unknowingly proposed to me on March 3rd which is the half-birthday of my September 3rd birthday. We were married exactly 3 months later on June 3rd. Beyond the crazy 3’s that run throughout many dates in our family, the story of how Troy proposed is incredibly thoughtful and memorable. 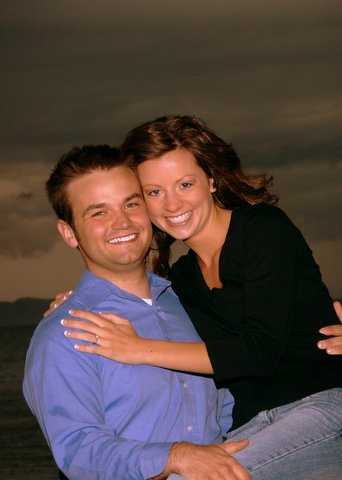 The best part of the proposal was that I had absolutely no idea that it was coming. Troy had told me a few weeks in advance that he wanted to take me on a “Utah” date. A “Utah” date is basically where the guy spends hours planning creative date night activities beyond the typical dinner and a movie. Since I knew that we were going on a special date, I wasn’t suspicious at all when things were a little more extravagant than normal. In fact, I still thought that Troy was trying to figure out if the timing was right for us to get married, so the farthest thing I expected from him was a proposal. Little did I know, this was all part of the plan. It was really important to Troy that I was surprised by the proposal, and he thought of several tricks throughout the night to completely throw me for a loop. 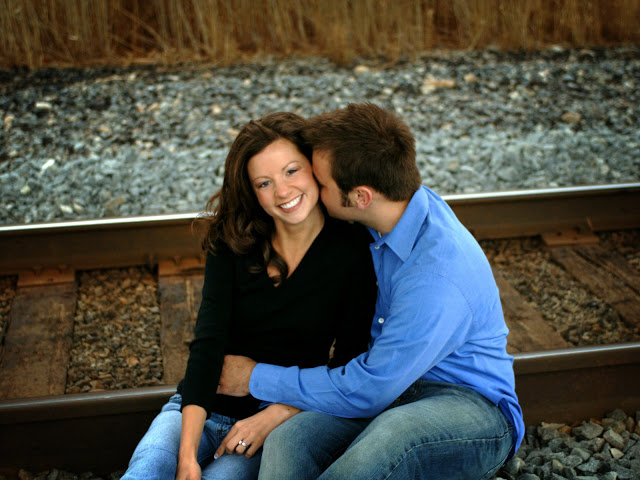 Our date began with a phone call from Troy, informing me that he would be late. I was a little ticked off because I knew that the reason why he was late was that he was bringing a girl from his apartment complex to the airport. I knew how long it took to get there and back, and it was clear to me that in order for him to be this late, he must have taken the girl into the airport and helped her check in. In my eyes, any college girl was completely capable of checking herself in and I selfishly thought that she was taking time away from my date. Troy kept mentioning on the phone that he “would make it up to me later.” As I sat and waited, all ready to go, I just kept getting more and more steamed that our special date was getting delayed. However, when Troy finally arrived at my door with a single long-stemmed red rose in his hand, I quickly forgot about my frustrations. 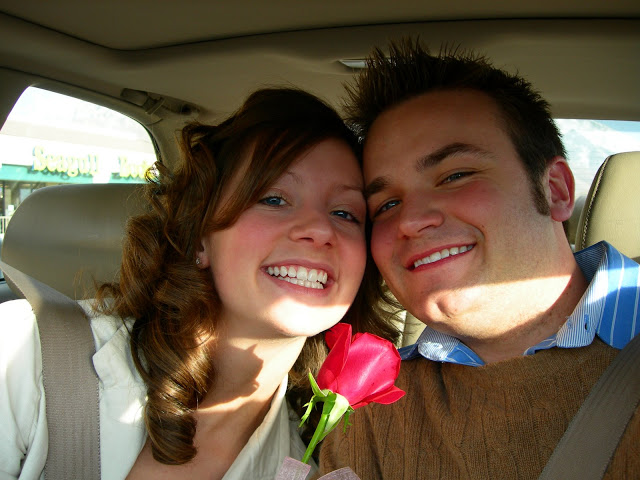 There was a note attached to the rose with a reason why he loved me. Throughout the evening, every time we got in or out of the car, he handed me another rose with another note. My collection of roses and notes kept growing underneath my feet in the car. Troy took me out to dinner at Chef’s Table, a nice restaurant that overlooked the whole valley. I was impressed by the sherbet we were served to cleanse our pallets, the gorgeous view, and the candlelit romantic atmosphere. 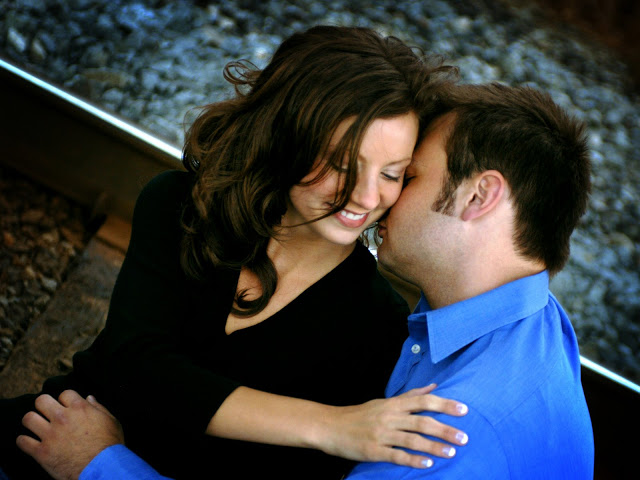 Troy was unusually giddy throughout the entire meal, but I still had no clue what I was in for. One of the biggest things he did to throw me off was taking me ring shopping after we ate. We had been talking about marriage so it wasn’t completely out of the blue, but since he was taking me ring shopping for the first time, there was no way I suspected in any way that he might already have a ring. We went to a few stores and shopped for a few hours, trying on different rings. Troy prefaced the ring shopping activity with the statement, “If I act weird, it is because I am still a little overwhelmed by this.” I found out later that he only said that to cover up any suspicious or nervous behaviors that he might display because he was going to propose later. 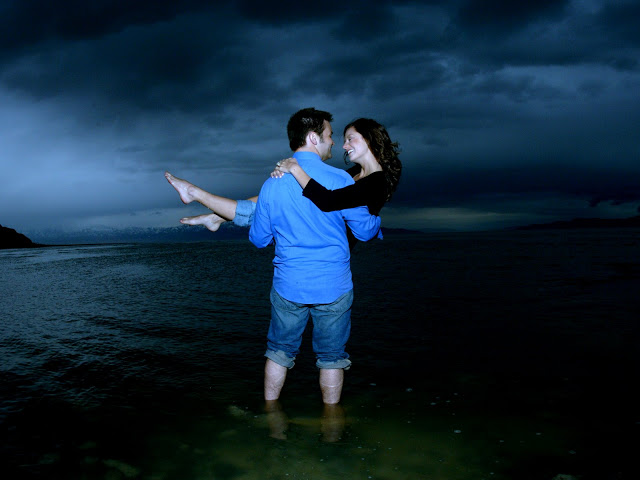 Our next stop was the bookstore. We used to go to Barnes and Noble in college when we were first dating all the time and browse the aisles together. This time, Troy had us each pick out a children’s book to read to each other. I picked out a beautiful book that happened to be about love called “You and Me.” I told Troy, “Man, if you ever propose, it’s going to be really hard to top this date!” He wholeheartedly agreed. 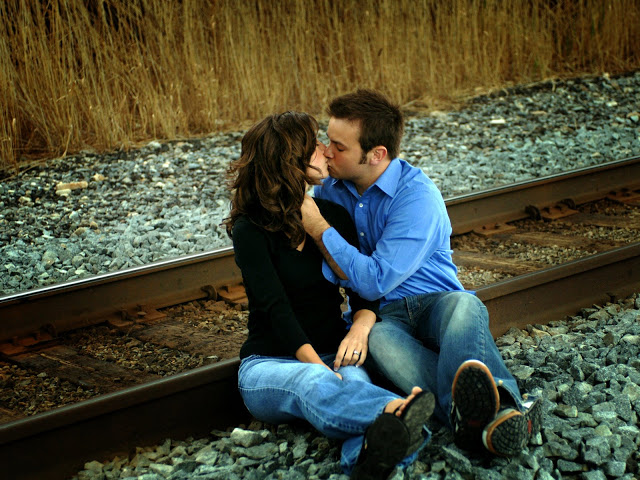 He then took me way up into the mountains, winding along many roads, and still kept what was next a secret. When we eventually stopped, he had me wait in the car for what seemed like forever. I re-read all of my eleven love notes while he set up. He finally came to get me and we trudged through the snow to a picnic table. He had set up tons of candles, put all of my red roses in a vase, and had a fondue pot of chocolate and several types of fruit, cake, and pretzels. I found out later that the reason why he was late picking me up was that his mom helped him prepare some of the fondue treats and he had to stop by their house after the airport to pick it all up. 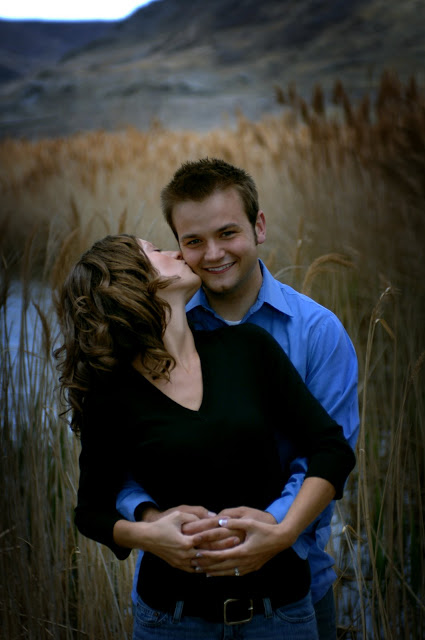 We indulged in the fondue and Troy insisted that we take some pictures of our special date night. Then, he asked me to take a walk with him. You’d think by this point that I would get suspicious but I still had absolutely no idea what was coming. On the walk I was thinking that it was a little ridiculous to be freezing and tracking through all the crunchy March snow. We came to a bridge over a stream of water, and Troy stopped and handed me another rose, only this time it was white. I opened the note that was attached to the rose and as I squinted in the dark to find the print, I said, “I think this one’s blank.” Troy responded, “That’s because I’m going to tell you this one.” 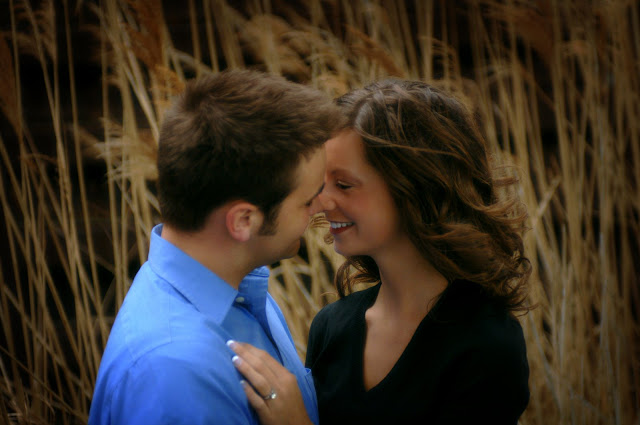 I can’t remember word for word verbatim what he said at that point, but it was something to the effect of “Lindsey, I have loved writing down all of these things that I love about you, and I can’t wait to find out more things I love about you for the rest of my life.” Then, he got down on one knee, and asked me to marry him. I was so shocked and surprised and excited and barely even noticed that he had pulled out a diamond ring. I jumped up and down and of course said “Yes!” as he quickly put the ring box back in his pocket so that I wouldn’t knock it into the stream. Troy said that I looked completely dumbfounded. He actually completely forgot that I would have to give him an answer to his question; he was only focusing the part that he had to say. It’s not like I would have said no though, and he knew that. 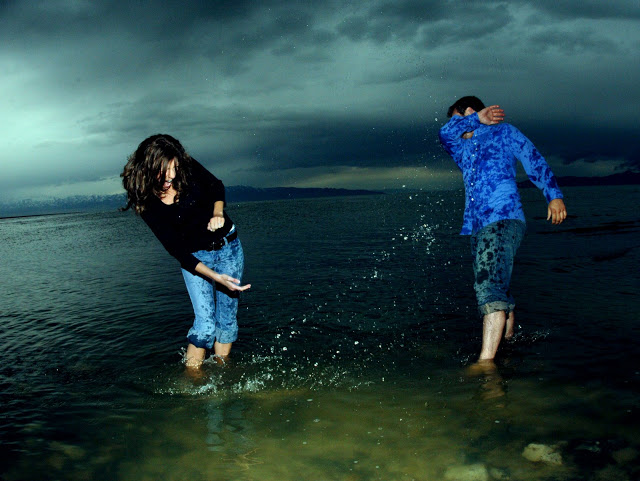 We walked back to the picnic table and Troy exclaimed, “You’re going to be my wife!” It was so surreal and so exciting. I had waited a long time to hear those words. We shared some sweet moments of gratitude, happiness, and peace confirming our decision to get married. Troy told me about the experiences that helped him to know that he wanted to marry me, he said a humble and heartfelt prayer, and then we called our parents to share the exciting news. Of course they all already knew because Troy had asked my dad’s permission to marry me earlier in the week, to which my dad responded, “I thought you’d never ask!” 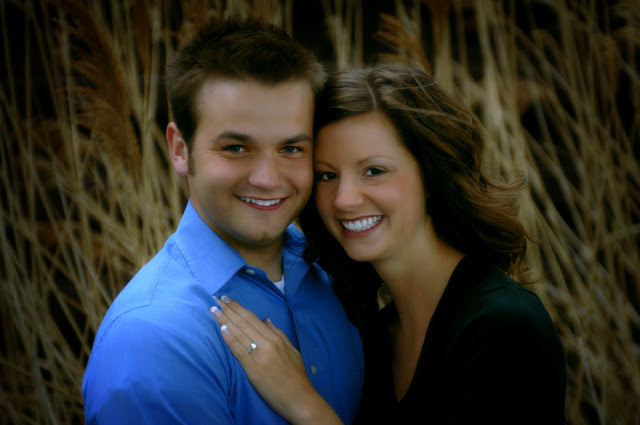 Troy actually bought the ring several months before he proposed to me. He had gotten it in Israel on a trip with his family, just “in case” he would be proposing anytime in the future. I was so blown away with Troy’s preparations for this date and especially for keeping it a secret from me. He drove around the canyon all week in between classes to find the perfect place to propose, and even went to the bridge earlier in the day to scrape off the ice and snow. 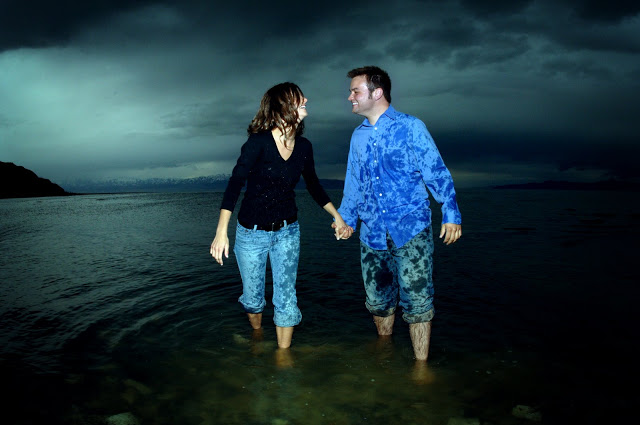 3 years later, I am still incredibly in awe of my husband. The proposal was more than I could have asked for, and I have sweet memories of our engagement. Now, we just need to have some children on the 3rd’s so we can keep the tradition going.