Skip to content
Blake is 1½ already! It seems like he was just halfway to one, and now he is halfway to two. 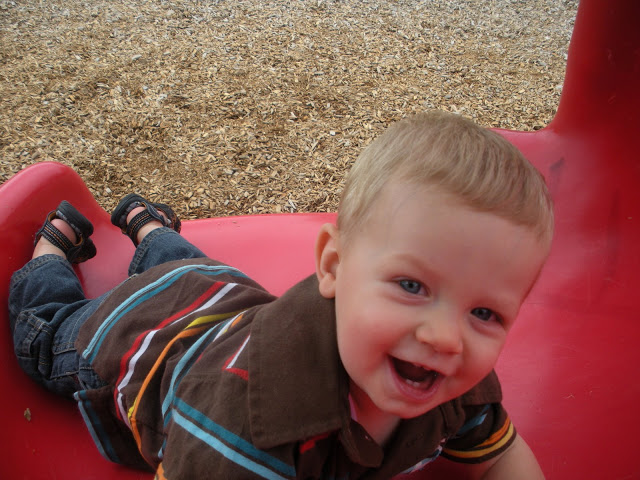 I’ve been meaning to make a list of words he says so that I can remember in years to come what he was saying at this age. Here is what Blake has to say at 18 months:
One of the most fun parts about language development is not only what Blake is saying, but how he suddenly seems to understand everything I say. I’ll announce lunchtime and he’ll be waiting by his highchair. I’ll tell him I’ve lost my shoe and he’ll find it. I’ll ask him if he wants to brush his teeth and he is in the correct bathroom, opening the drawer with the toothbrush in it. I’ll tell him to bring something to his dad and he’ll respond immediately. I’ll ask him where his nose, mouth, eyes, hair, toes, ears, and belly are and he’ll point to the correct body part. I’ll ask him to show me what he wants, and he’ll do the sign language for “more,” “all done,” and “help me.”
Blake surprises me every day with the amount of language he comprehends. Children definitely vary in their development of speech and language (and in all areas of development for that matter), but it blows my mind to think that in the next year, his vocabulary will jump from these 20 or so words to 150-300 words! He will be able to combine words into sentences and respond even more to my communication. Isn’t child development fascinating? 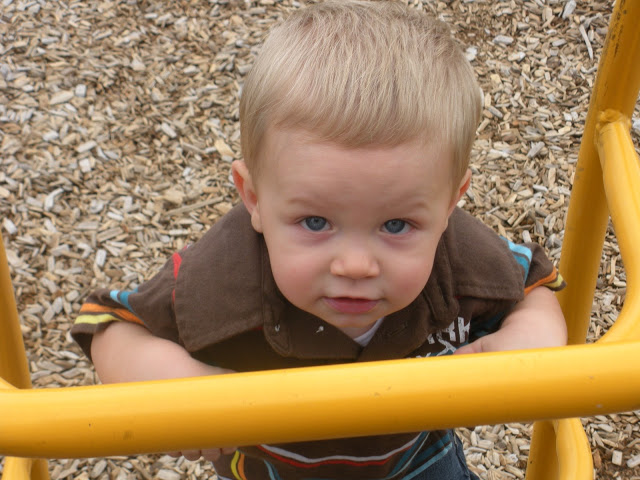