Skip to content
We had high intentions of going boating this morning. Sure, it was overcast and raining as it has been every day for the last 3 weeks, but we didn’t want to wait any longer to take the boat out on it’s maiden voyage of the season. After a late start to the morning (it always takes triple the amount of time to attach and load the boat than we think it will), we began driving to the lake.
As we were driving on the freeway, a tire from the boat trailer ripped off. The bolts were completely stripped. The tire kept pace with us for a few minutes at 60 mph. We were in the far right lane of southbound traffic, and we watched as the tire bounced across all four lanes of traffic, over the median, across four more lanes of oncoming northbound traffic, and finally landed over the next median on the frontage road. It was truly a miracle that the tire did not hit anyone or cause an accident.
Luckily, we were only about a half mile south of a boating store, so we very slowly exited and inched our way to the destination. Going to the lake was out of the question at that point. We had to leave the boat and trailer at the dealer to be repaired. While the boys dealt with business at the boating store, Tricia and I ventured out to find the lost tire. We expected it to be laying somewhere on the frontage road. We were shocked when we found the tire wedged in between the median and a six-foot fence. The fence must have stopped the tire from bouncing any further; another miracle. 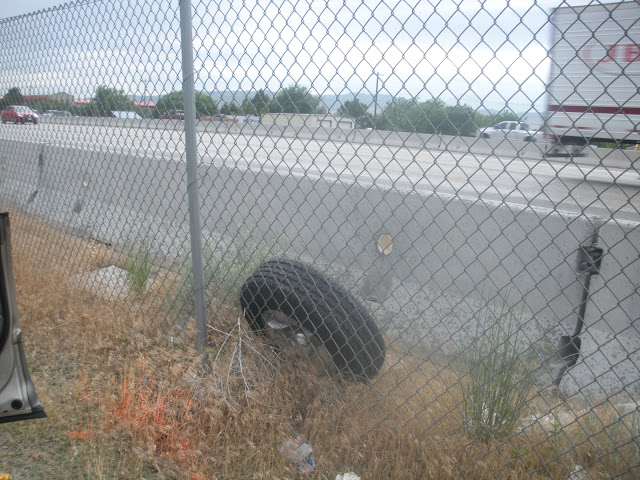 I climbed the fence in flip flops (not an easy feat), rescued the tire, and realized that my weak muscles were not strong enough to throw the tire to the other side of the fence. Tricia waved down a passing stranger to help us. Luckily, he happened to be just the type of tall, muscular man we needed for such a task.
After helping us get the tire over the fence and loaded into the car, the man headed back towards his car while I struggled to climb back over the fence. I attempted to go barefoot because the flip flops did not serve me well on the way up. The wind was blowing the fence so hard that I became quite unstable and nervous as I straddled the top wire (I wonder what the oncoming traffic was thinking). The nice man noticed my difficulty just as he was about to leave, and let me climb onto his shoulders to get down. Unbeknownst to him, Tricia snapped a picture of the comical situation. 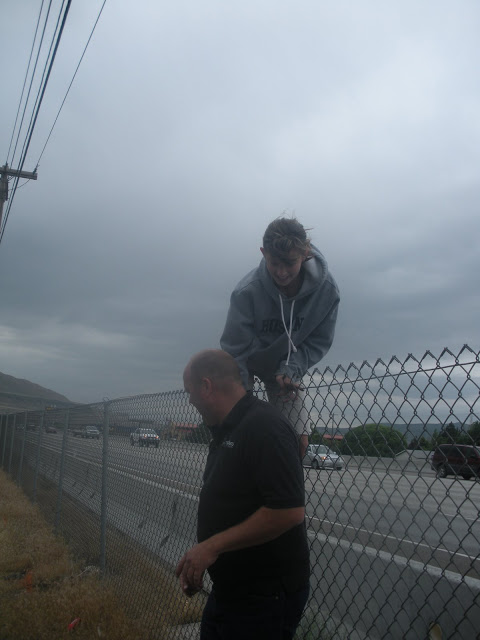 In the meantime, the boys played at the boating store. It was probably just as fun for Blake as actually being out on the water. 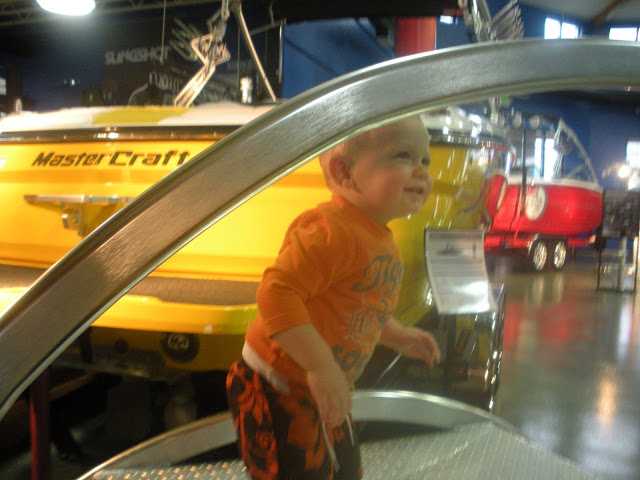 Here’s to having better luck and sunnier weather next time. 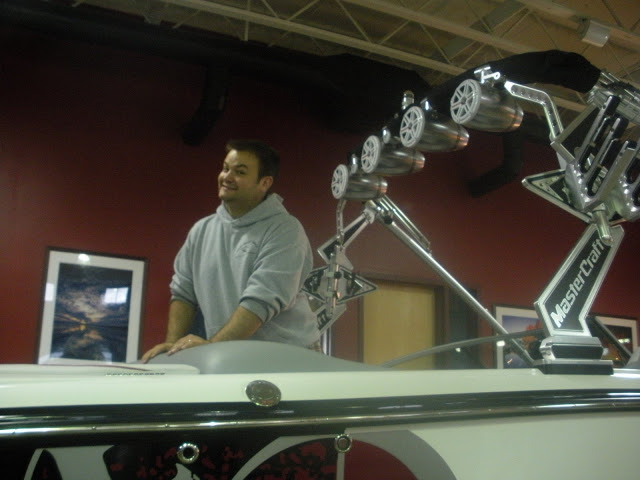