Skip to content
We were so excited to welcome my brother home from his mission in South Korea. We waited two years for Jorden’s return and we were all giddy as we waited in the airport with balloons and signs. Upon completing his mission, Jorden traveled around the world for 19 hours to reach his final destination of Grand Rapids, Michigan. His Wednesday lasted about 37 hours as he crossed over 13 time zones. We all pictured several times what it would be like to see him walking down the terminal, smiling in his missionary suit. It was just the homecoming we had imagined. There were smiles, tears, hugs, relief, and a lot of excitement.

Jorden’s flight was delayed an additional hour and he was the last one off the plane, making us all even more anxious. It was so good to finally see him. 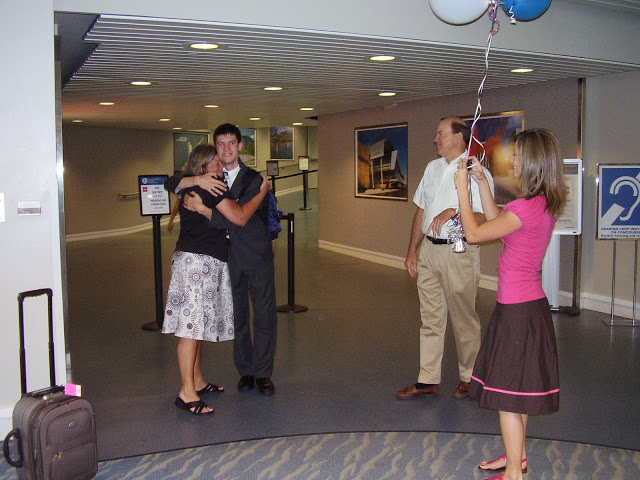 Blake was pretty excited to give his uncle a bundle of ball(oon)s. 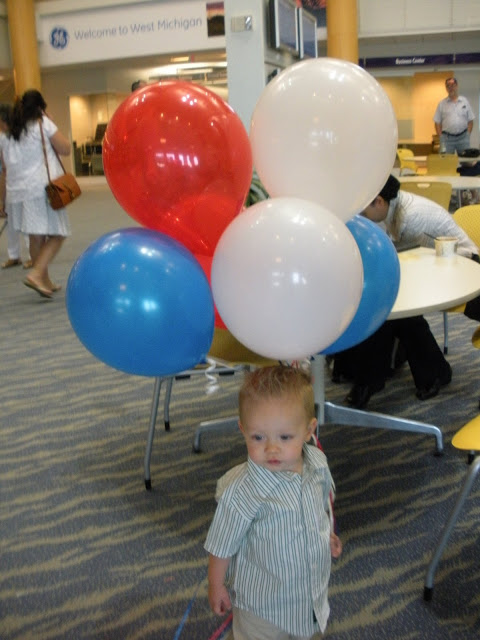 Uncle Jorden met his nephew Blake for the first time. It blows my mind to think that Jorden has been gone for so long that my helpless newborn has turned into a walking, talking 1½ year old who has opinions and preferences, comforts and fears, strengths and quirks, and a little personality that keeps us all on our toes. And he wasn’t even born until Jorden was six months out! That makes two years seem like a very long time. 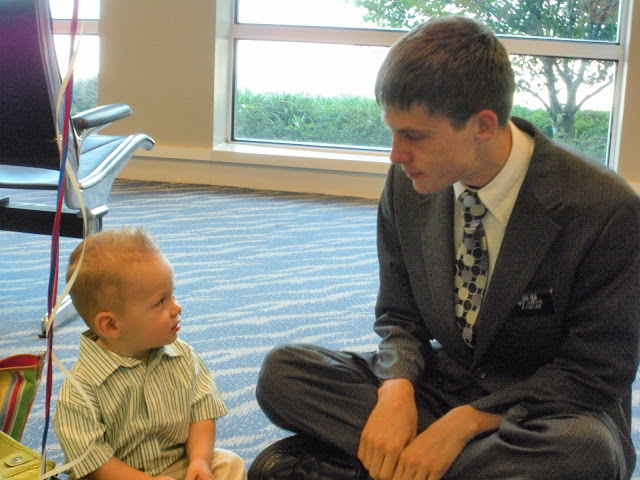 Jorden and Blake were instantly buds when they discovered their mutual love for electronic devices. 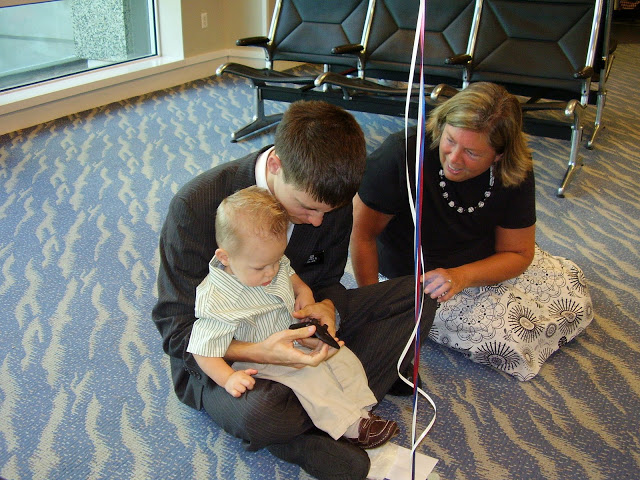 We wondered how Jorden would act when he came home and in what ways he would be different. We were glad to find that although he had grown so much, he was still the same ol’ Jo. He had quite the culture shock after being out of the country for two years. He marveled at things like sitting in chairs at tables, sleeping on mattresses, seeing neighborhoods with cul-de-sacs and yards, feeling air conditioning, taking heated showers, and hearing everyone speak English. In this picture, Jorden was explaining how he was shaking in the Atlanta airport when he tried to order an American hamburger. 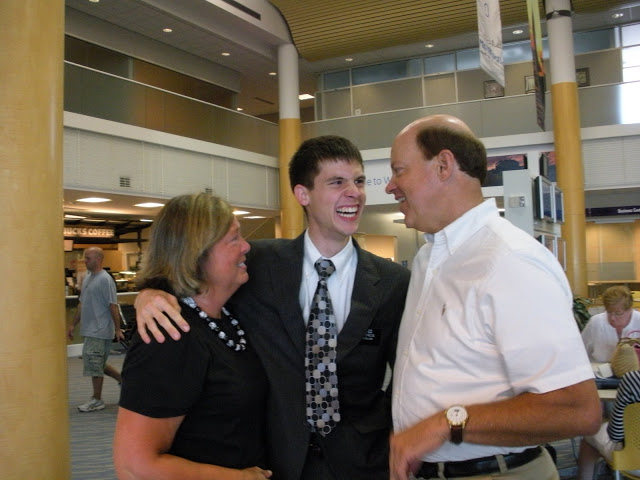 We are so grateful for the dedication, service, and gospel message that Jorden rendered to the people of South Korea. We missed him while he was gone, but can not think of a better reason for him to be away from us for two years. Welcome home, little bro! 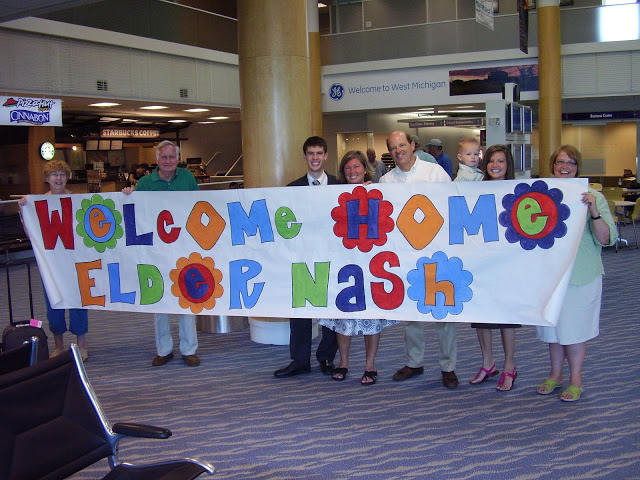