Skip to content
Blake started begging and pointing at my napkin holder for no apparent reason yesterday. He couldn’t reach it on the counter, which was good, because I figured he would create a shredded napkin disaster. Over the next few minutes, he got more and more hysterical about wanting the napkins. Tears streamed down his little cheeks as he shouted, “uh oh, uh oh, UH OH!”

I finally caved and handed him one napkin, though I knew he would rip it up and I would have to move the napkin holder out of his sight to prevent future outbursts. However, instead of tearing the napkin into a million pieces, Blake rushed across the kitchen to where a tiny droplet of milk had spilled from his sippy cup, and proceeded to wipe it right up. I have no idea where he learned to be tidy and have everything in place. I guess the apple doesn’t fall far from the tree. 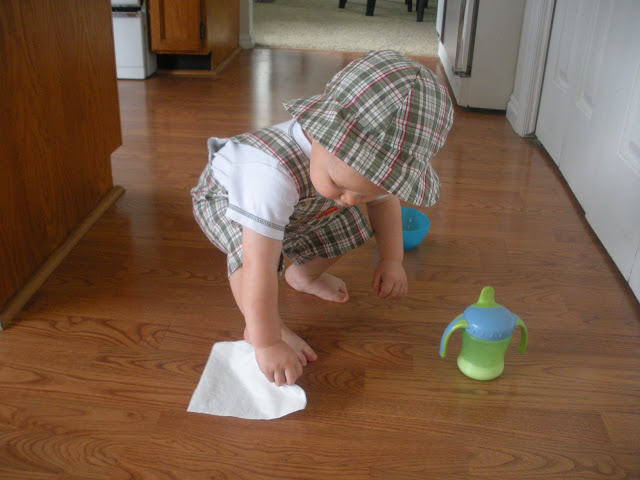 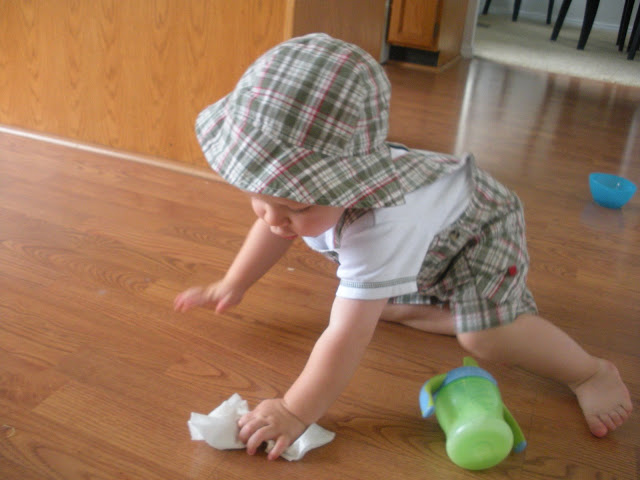 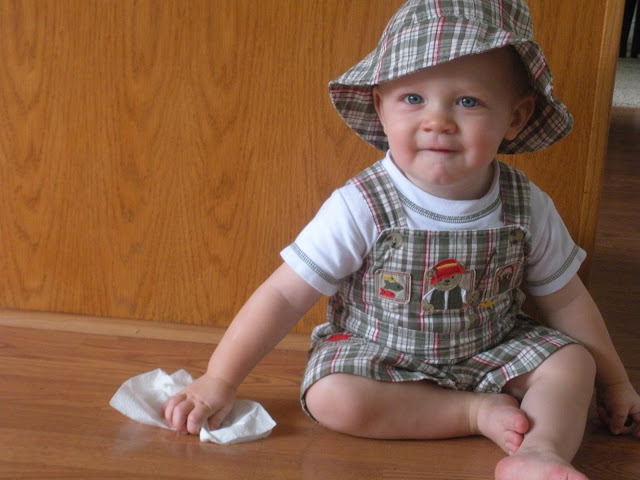