This Sunday, Blake will officially be old enough to attend nursery during church. This is a day that parents eagerly look forward to. It means that they are no longer sitting through Sunday School and other meetings trying to entertain, feed, and keep a restless toddler quiet. It symbolizes the end of strolling the hallways in a desperate attempt to get the wiggles out and return to class. It means being able to actually listen to the lessons being taught and maybe even participate. It results in toys, friends, space, and snacks for the inquisitive and fidgety toddler. It is truly an anticipated milestone. 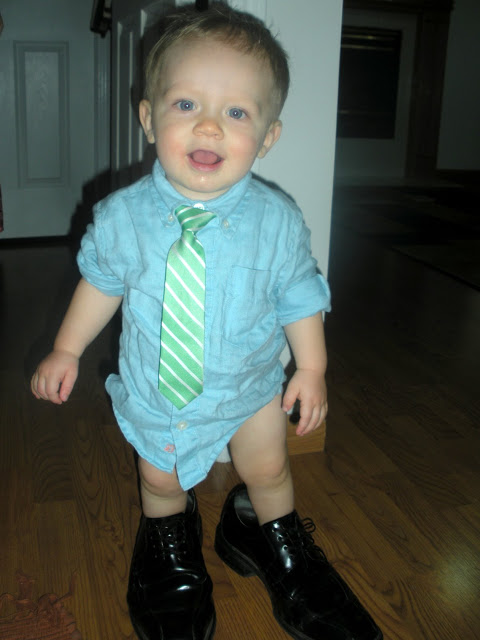 For us, the privilege of nursery is the opposite of anticipated, in fact, it is completely dreaded. Since we rotate church times, we have the awful meeting time of 1:00pm this year. Being in church from 1-4pm is basically a nightmare for trying to fit in nap time.

So, I have dreaded, fretted about, and worried over the onset of nursery every day since I found out about the afternoon meeting time last September (worrying is what moms do best). So far this year, we have had a system that has worked pretty well for us. We all go to Sacrament Meeting together because we feel that is the most important meeting. Then, one of us takes Blake home for a nap which is still at 2:30pm, an hour and a half later than usual. The other one of us stays for Sunday School and then we switch again for the 3rd hour. We rotate who goes to which meeting from week to week. We live close enough to our church building that this system works quite well. It actually is nice because instead of being out in the hall the entire time with an overtired toddler, we each get to sit and listen to at least one lesson. Of course it is not the ideal situation. We would like to both be there for all meetings, but it has worked for us thus far.
Now, we have the dilemma of nursery vs. nap. We’re torn, because we think that nursery is an important experience for every child of this age to have. It represents the beginning of their church-taught gospel education, independence from us, and is a great social tool that every toddler is entitled to. However, consistent nap time is also a high priority, especially for a child this young. I’m not a stickler on many things, but when it comes to taking naps, they are set in stone in our household.
Most of my inflexibility when it comes to nap time is in relation to Blake’s temperament. He has never been very spirited, active, strong-willed, intense, or easy to anger. He is, however, an incredibly cautious child. He tends to be happy and peaceful but he does not like surprises. He lives life in the slow lane. He really assesses before he does new things. He thrives on a predictable, unchanging routine. He falls apart when he is forced to tweak his napping schedule, sleep in a new place, or change time zones. It often takes him up to 3 days to get back on schedule when he is thrown off for a day. He will sleep in his crib and no where else, including our arms and his carseat. He shys away from unfamiliar people and places. He struggles with separation anxiety and offers generous waves and bye-byes only after guests have walked out the front door. He is ultrasensitive to things such as lights being on, food being dropped on the floor, and items not being in place. He is also very clingy, trailing me from room to room all day long.
I have read from several books concerning cautious temperaments. Gratefully, I have learned that Blake’s temperament was not caused by my being overprotective (which I often worried about). He has been this way from birth as each child is born with unique traits and behaviors. He will get better and braver, as long as I am gently encouraging. The best thing I can do for him is provide a predictable schedule, weaved with repetition and routine to help him feel safe and confident.
My point is that his cautious temperament mixed with an unfamiliar nursery at 2:30 in the afternoon is basically a recipe for disaster. This is why I have worried about it for the past nine months or so. However, despite everything, we still really want to try out nursery because it feels like the right thing to do and eventually will be a great stepping stone for our child. I also was recently called to teach Young Women’s during the third church hour, and Troy has his own responsibilities during that time, so the debate about nursery is soon not going to be about if Blake goes, but rather how we are going to make the transition.
We are not the only ones with a toddler that are dealing with the afternoon church time. It seems like everyone is coming up with a solution that works for them. One toddler lays down her blanket and sleeps in the middle of the nursery each week (I can guarantee that Blake will not do that). Another toddler goes to bed at 11pm, wakes up late, and doesn’t even take a nap till 4pm. The other children in nursery are older and are transitioning out of nap time, so they just skip the nap altogether.
I’m sure I’m not the only one who has dealt with this predicament. Here are some options I have come up with so far:
I am counting the weeks until we’re back at the 9am meeting time.