Skip to content
Blake recently learned how to fold his arms. Ever since he learned this reverent habit, he never ever forgets to say prayers. He often puts me to shame as I join him at the breakfast table with my toast and he remembers to fold his arms when it hasn’t even crossed my mind to pray.

He also knows the routine of song, then prayer. After every hymn sung at church, he immediately folds his arms.

He promptly gets ready for prayers at home after we sing him a bedtime song. In his prayers, he repeats after us the list of people to be grateful for. He’ll go through the whole line, repeating the names mama, dada, Jesus, Jo-Jo, Tricia, Todd, and Grandpa. However, each time we get to Grandma, he clearly states, “yup.” For whatever reason, he will not say the word Grandma. It’s driving his two grandmas crazy, but we think it’s pretty funny that he just says “yup” every time instead of attempting the word. What a sweet reverent boy, all grown up and learning to pray. 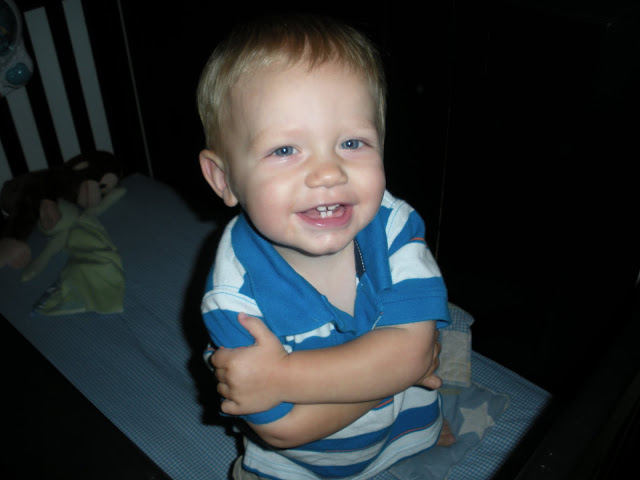