Skip to content
I made the switch into maternity clothes. Everyone says you pop out sooner with your second child, but I am a good 10 weeks ahead of when I popped out with baby #1. I don’t even care that I had to make the switch. I was SO happy last week when I pulled on my maternity jeans and could breathe.
19 weeks. 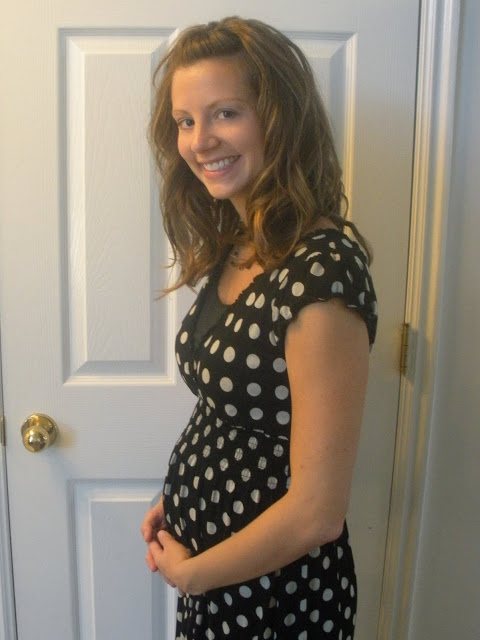 We are almost at the half-way point, but I can’t say it has gone by quickly. This pregnancy in general has been completely different than my first. First of all, I have been nauseous all day long every day for the last 12 weeks. It has been strikingly similar to a deep and abiding flu. I really thought when I passed week 16 that I would feel better like I did with Blake, but I’m still trucking along day by day. The throwing up hasn’t been quite as frequent as it was with my first pregnancy, but sometimes I think I would rather have that relief than to feel nauseated constantly. I was sick with Blake for a condensed 6 week period, which I would happily trade for now. I’ve been taking Zofran for the nausea but it doesn’t seem to help.
Nothing ever sounds good to eat. But, of course I have to keep eating. To me, that is the hardest part about pregnancy. Eating has to be a part of my life, hour by hour even, and it is the last thing I want to do. I am in constant worry over whether what I eat will make me sick, or whether waiting another half-hour to eat will put me over the edge. I don’t like to cook in general, but being pregnant definitely puts cooking at the bottom of the things-I-don’t-want-to-do-ever list. I feel bad for my husband and son who have had to suffer along with my cooking strikes.
I’m very excited at the same time. As I feel the tiny movements that the baby makes inside me, I think how incredibly blessed I am to be a mother and to be able to bear children. Even though it was planned, sometimes it still comes as a shock that we are going to have two children. We are scared. How will we manage another baby? Although everyone says you do, how will we love a second child as much as our first? Who are we to think that it’s okay to bring two persons (or more) into this crazy world? There’s something that seems unfair about the whole thing — considering couples that struggle to have a baby at all.
Blake has been an absolute delight and a good distraction for me as I’ve been sick. I can count on him sleeping for a solid 11-12 hours at night and 3 hours in the afternoon which has been really helpful when I’m exhausted. We’re not sure how much he really understands about the baby. He lifts my shirt up to “give the baby a kiss” all the time, but he also thinks that Daddy has a baby in his tummy. He loves to see the babies at church and out in public so we’re hoping that he’ll be happy about our new addition.

I gave him a little doll baby the other day that I played with when my baby brother was born. We don’t have many other baby dolls around our boy-proofed home. He absolutely loves the baby. He gives him kisses and pretends to feed him snacks. He snuggles with the baby and even shares his nie-night with him, which is a big deal! 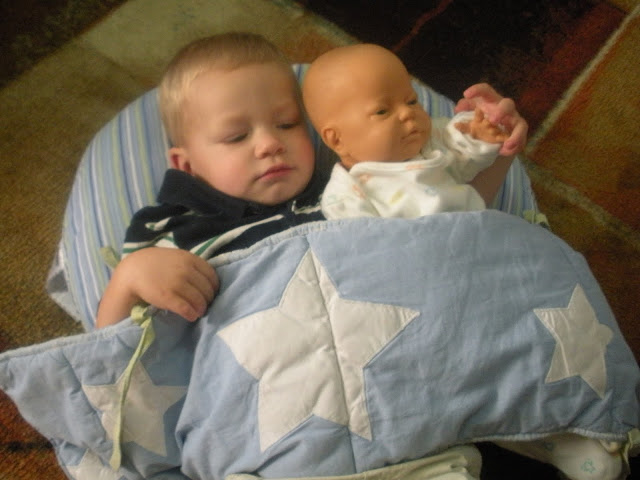 Last night, we had our friends over that have 5-month old twins. So, I brought up some of the baby toys from the basement. Blake was so enthused over the toys. It was so funny to see him help himself to the on and off switches and move the toys around himself. He thought the baby toys were for him, so sharing could be an issue when he has a little sibling. 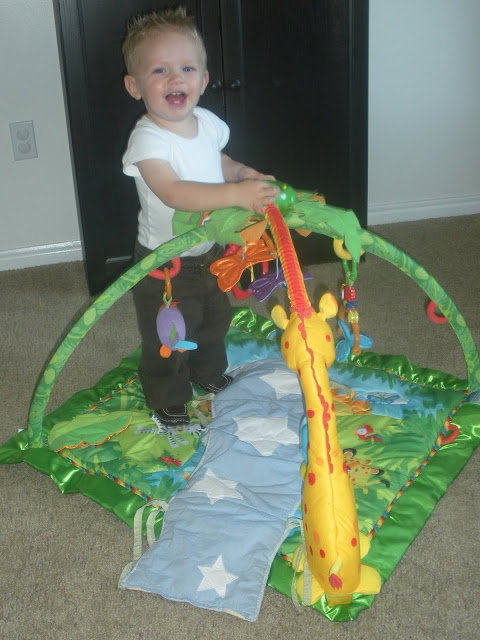 We find out later this week if we are having a boy or a girl. We’ve already happily confirmed that there is just one baby growing in utero. We are both leaning towards the baby being a girl because this pregnancy has been so different, however, you never know. It would be fun for Blake to have a little brother. He desperately needs a buddy since he has no cousins. Plus, we have all of the boy clothes. I’m still imagining pigtails and pink bows and dresses though. So, we’ll see.