Skip to content
For our Trunk-or-Treat and Halloween Party, Troy and I joined in on the golf theme. 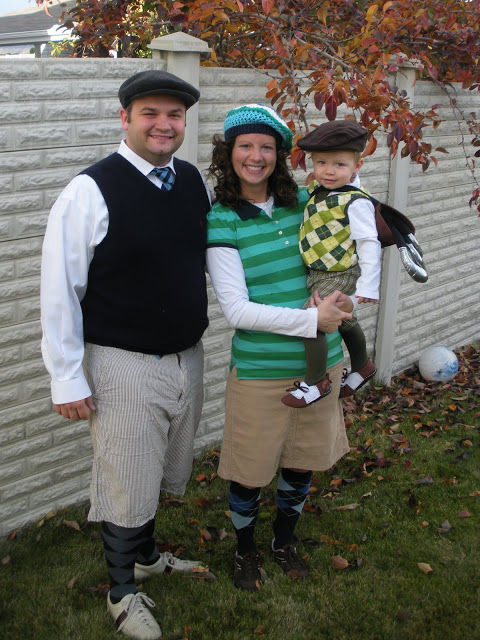 In Michigan, everyone decorated the trunks of their cars for trunk-or-treating events. My brother and dad went all out every year with music, lights, foam machines, themes, and even Halloween video presentations. When my brother found out that no one really does that here, he was devastated. I told him that he was free to decorate the trunk of our car if he wanted to. My mom and I were only gone running errands for an hour or so and we came home to find his masterpiece. Jorden had scavenged up all miscellaneous Halloween items that he could find around our house and he quickly came up with a creative display. He even wired a car adapter to be able to hang orange Halloween lights from a golf club on the ceiling. His trunks are usually much more elaborate but he did a great job for what he had to work with. 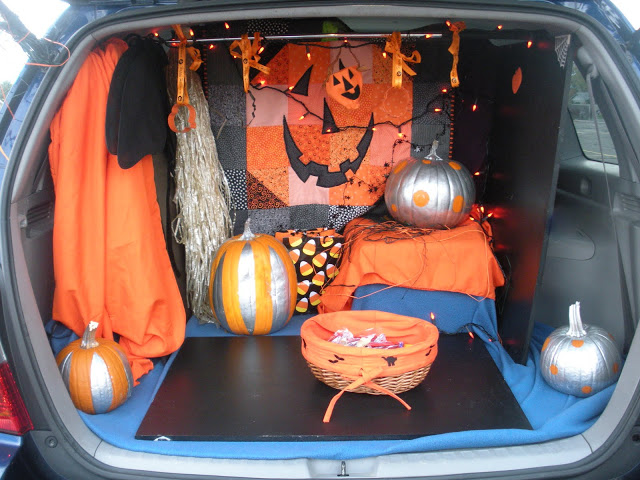 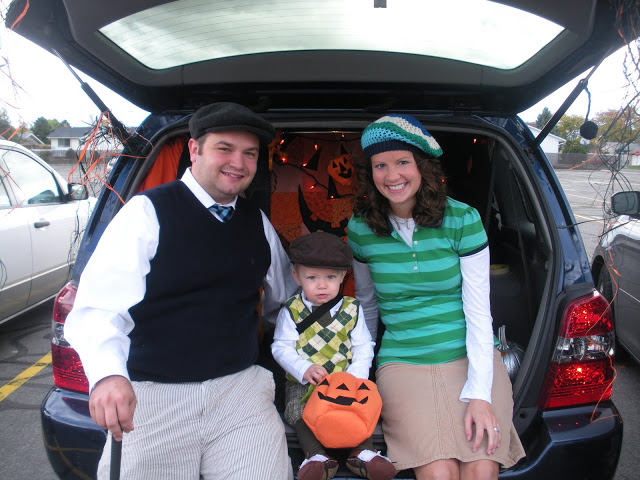 This is the first year that Blake has been able to understand the concept of trick-or-treating. He was really shy at first about asking for candy. 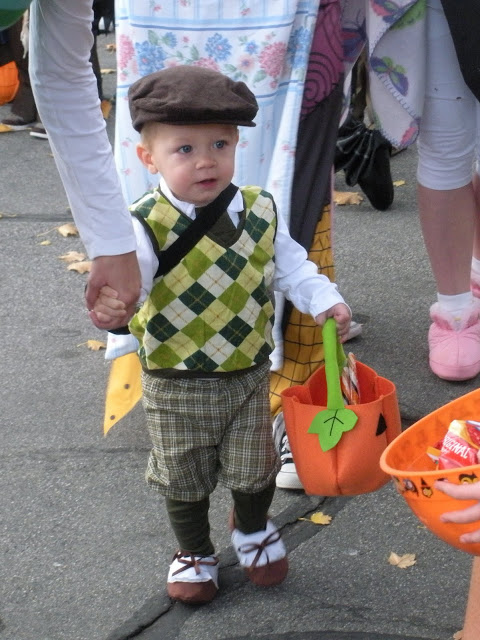 Then, when he figured out that he was loading up his bag with candy, he lost his shyness and dove right in. 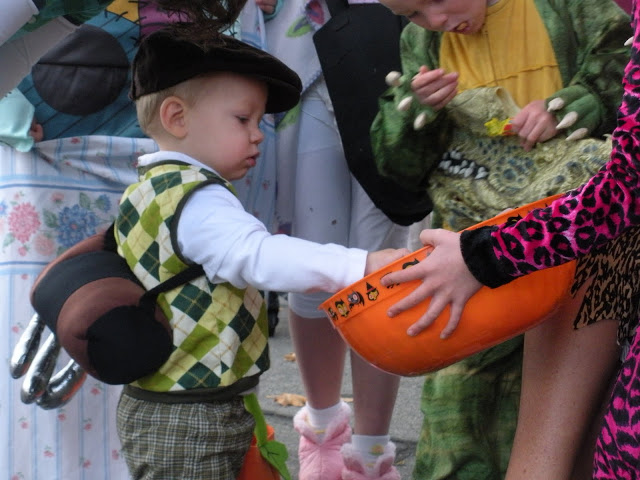 He concentrated so hard on trying to get his candy open. It kind of broke my heart when I had to limit him to one or two pieces after he had worked so hard to obtain it all. For the rest of the night he looked around for his pumpkin bag and signed “more” over and over. Thankfully he forgot about the candy I hid the next day. 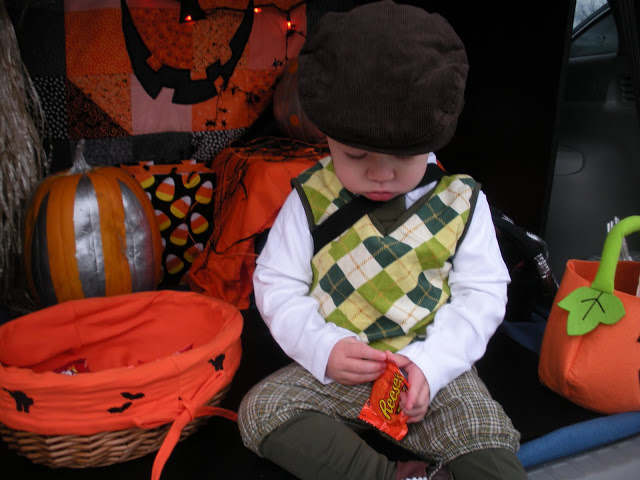 Blake won the award for the best costume. He even got a little trophy which you can see he was very proud of. 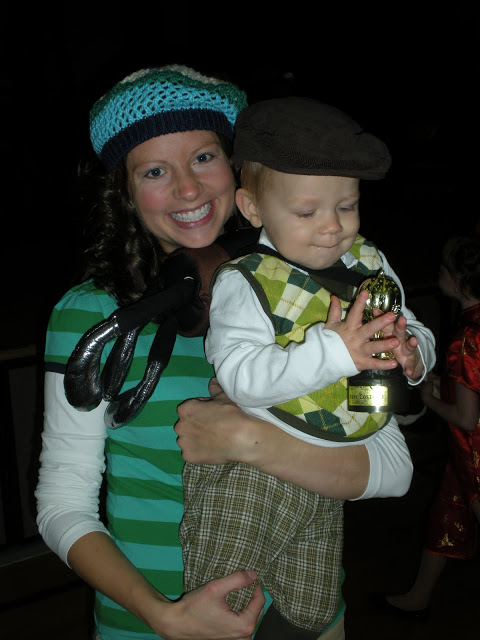 After the Halloween Party, Troy decided to try to hit things into the trunk of our car. 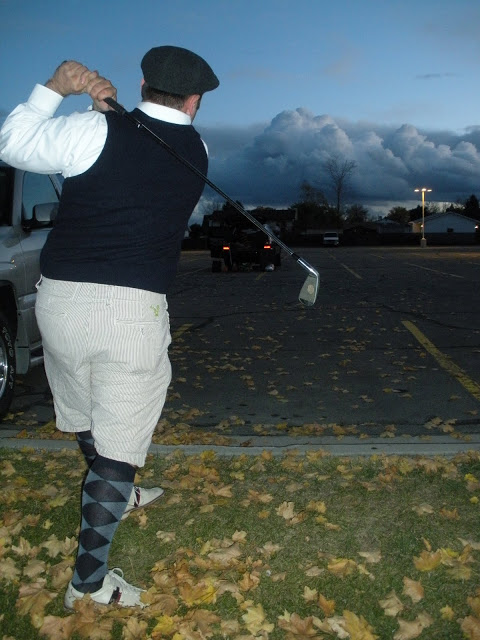 It looked like fun so I tried too. None of my hits made it very far and I had terrible form. Pregnant people should not golf; the belly gets in the way. Or at least that is my excuse. 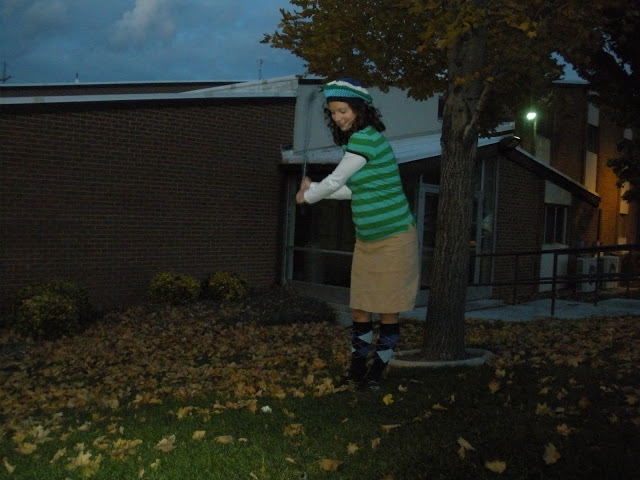 Troy really wanted to smash my platinum pumpkins with his golf club. 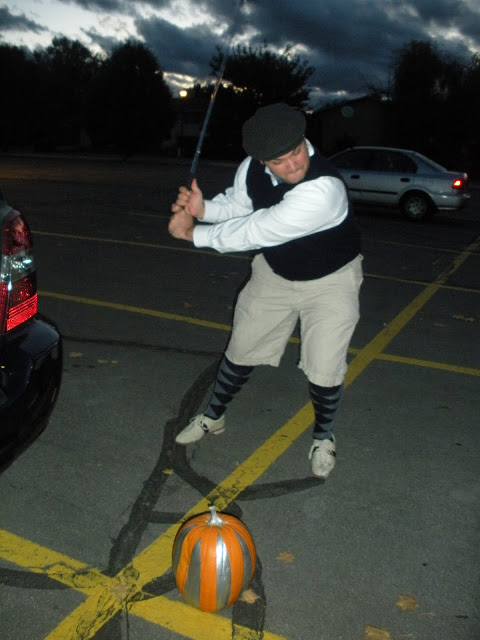 I convinced him otherwise. 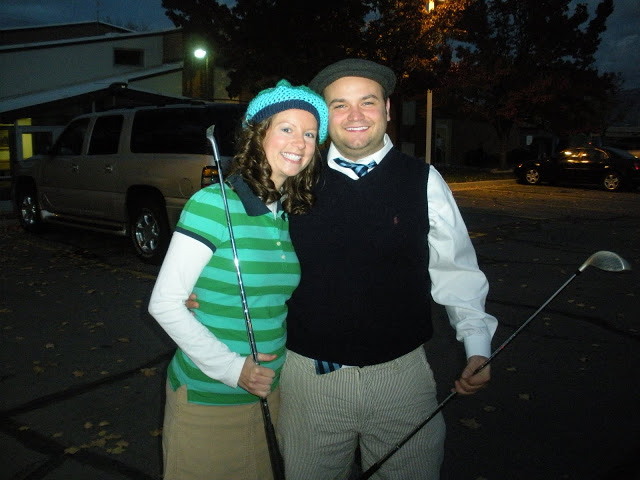 I think we may be Halloweened out and it’s not even Halloween yet! At least we have a few more days to gear up again. 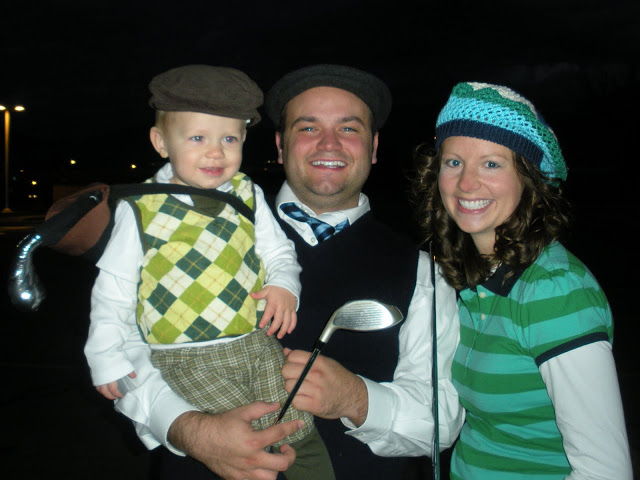