Skip to content
Blake is so blessed to have such wonderful male role models in his life who love him so much. He absolutely adores his dad, his uncles, and his two grandpas. Unfortunately, he doesn’t get to see all of these people all of the time, but he can recognize them in a flash when he sees their pictures or hears their voices on the phone.
Blake loves to spend time with his dad. They are always forming hobbies for just the two of them, which most of the time contains rough-housing. However, the other night when I came home from a Young Women’s activity, I found them sitting in separate chairs quietly reading individual books. Troy had given Blake a stack of books to flip through so that he could enjoy some quality reading time as well. I thought it was sweet and Blake didn’t even catch on to the fact that his daddy was trying to focus on something else. He just thought that he was so cool sitting in a big chair, imitating his dad! 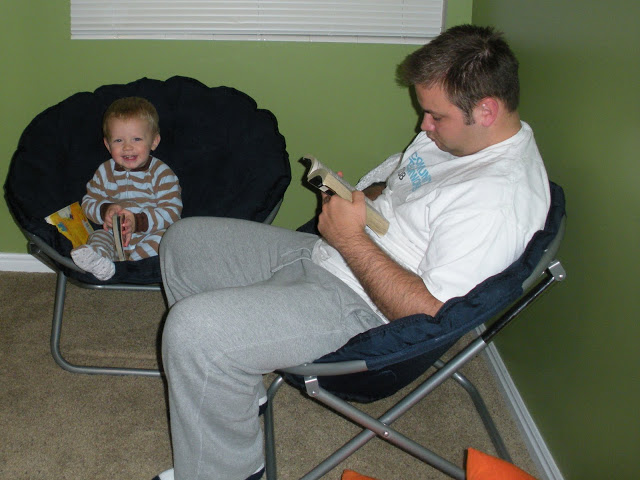 Blake also learned how to “chill” from his dad. 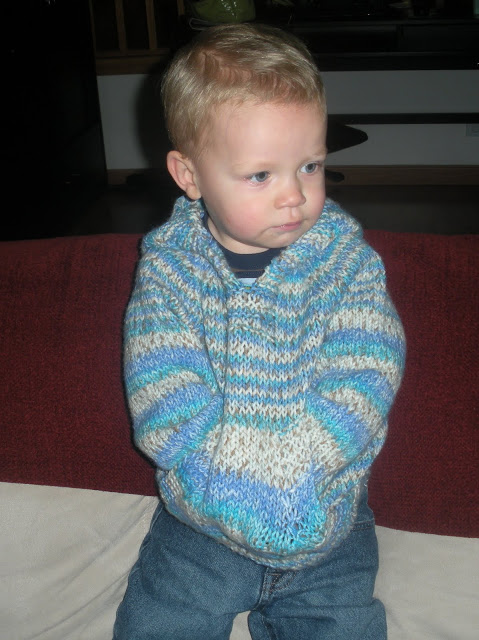 If Troy doesn’t instigate a daily evening rough-housing event, then Blake does. He says “Up, Up!” until Troy lifts him onto the couch and throws him around. 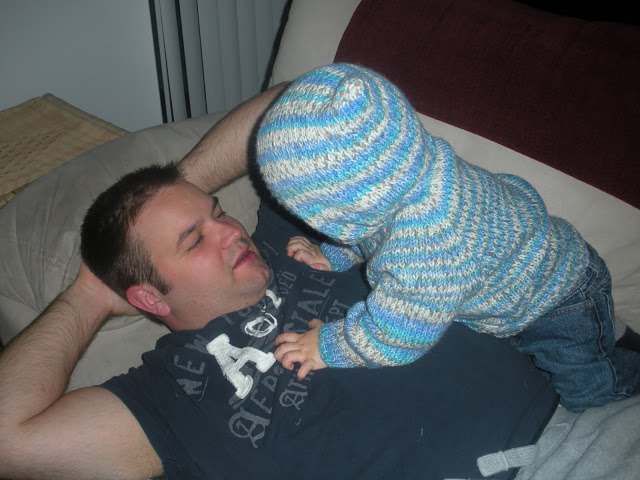 How could his dad resist that little giggle? 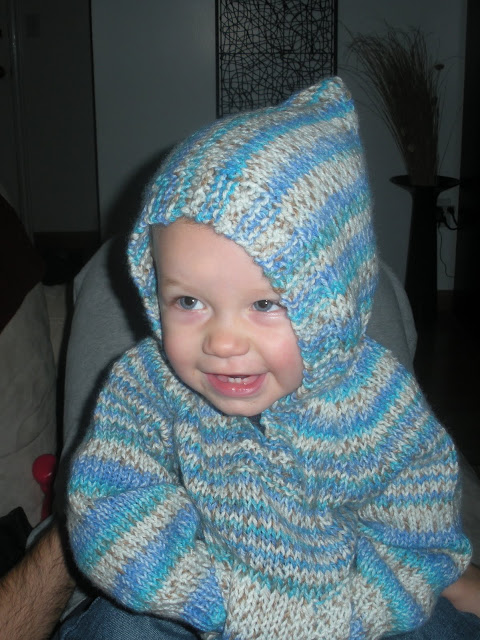 Blake went trick-or-treating at his dad’s office and then “helped” him with his settlements. He is already learning how to juggle the headset and the computer at the same time; maybe he is business bound just like his dad. Troy’s work team decided to dress up as The Jets from West Side Story. That was mostly just their excuse to wear jeans and t-shirts instead of their normal attire. 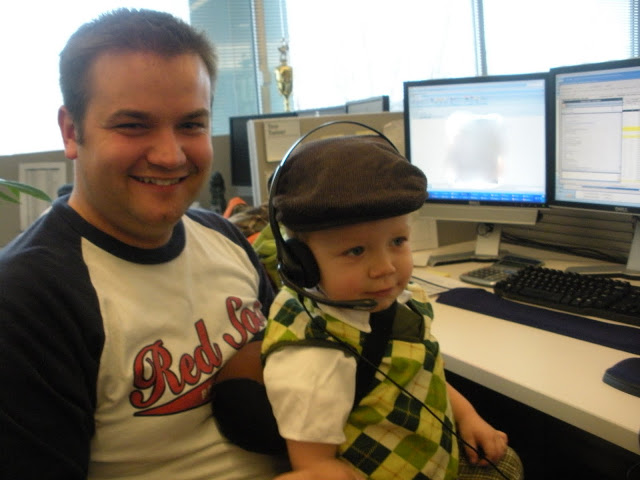 Blake also loves his grandpa (and his other grandpa too, but he lives far away). We had Troy’s family over for dinner on Halloween and then the whole crew went trick-or-treating. Even Blake’s great-grandma Tanner walked from door-to-door around the block with us. 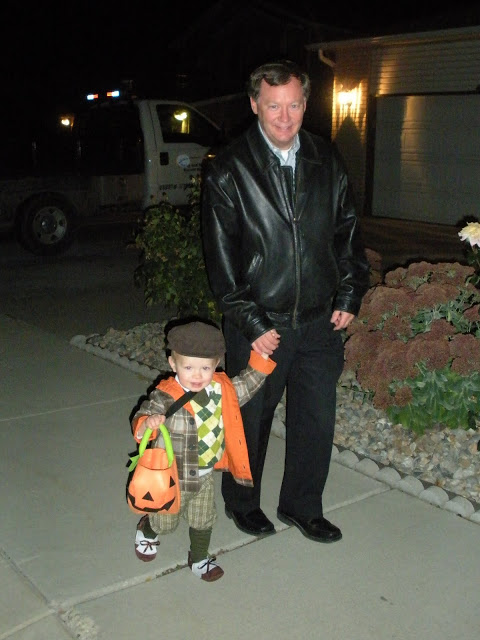 Boys are just buds. Blake was thrilled to stroll on his grandpa’s shoulders. I was relieved to not have to carry my 25 pounder around when he got tired of walking. 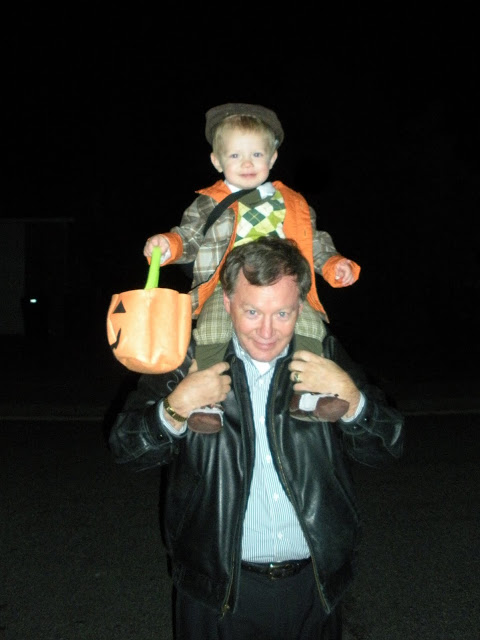 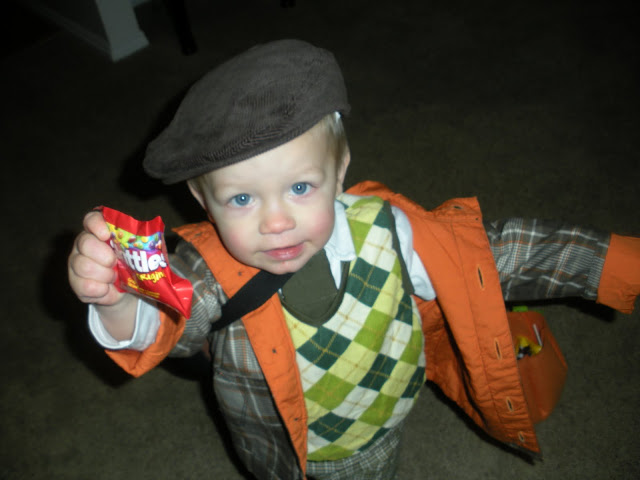