Skip to content
Maybe I’m being a little overdramatic. Let me start by saying that on our road trip from Utah to Arizona, the following made us very grateful:
That being said, we encountered many setbacks. To begin, a road trip that in the past has taken as few as 10 hours to drive took us 16 hours. It started out just fine. We took our little lunch pit stop after driving all morning, making great progress. We let the toddler run around the landmark moose at the gas station. He enjoyed several movies on the laptop in the car and was content and happy. 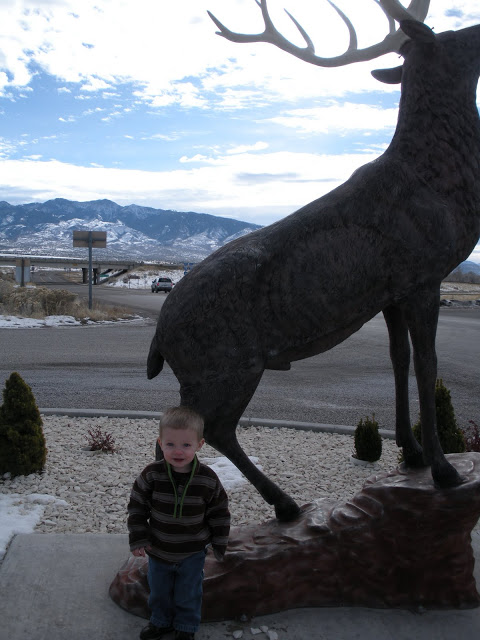 Then, nap time rolled around and of course Blake didn’t fall asleep. He takes a solid three hour nap every day at home, but when he is put in a moving car with freeway white noise in the background, there is no luring to dreamland for this child. Instead, he performed one of the most projectile throwing up episodes I’ve ever seen. Blake has the worst gag reflex ever. He throws up a handful of times each month just from coughing, gagging on his toothbrush, or not chewing up his food completely. In this case, he was simply eating a pretzel and completely lost the entire contents of his stomach. He has thrown up 4 times in his carseat before and let me tell you, it is about the worst situation imaginable. It leaks into all the crevices and the entire carseat has to be disassembled, hosed down, and soaked to remove the contents. It’s about an hour process just to disassemble and wash the various parts let alone put the thing back together.
Troy and I mentioned to each other a few nights ago that it would be the worst case scenario if Blake threw up on our road trip. There is no easy access to power wash hoses or washing machines on road trips, and do I even need to mention the smell that accompanies such disasters? Of course Blake threw up during the first half on the trip, leaving us with many many hours of enduring the smell.
If I had acted quicker in the situation, I would have stuck a bag next to Blake’s mouth, but all I was thinking in the moment was “Crap, crap, Oh NOOOOO! The next 8 hours are going to be AWFUL! This is the worst case scenario!” My brother who was driving almost lost it himself so the pregnant lady sucked it up and cleaned as much as possible. Luckily we had clean clothes and a lot of baby wipes in the car, but the entire trunk had to be unloaded to get to these items. Jorden took Blake on a 45-minute excursion in the middle of nowhere while I cleaned up the damage to the best of my ability. The two of them climbed a small mountain and then we were once again on our way. Jorden sprayed a body spray aerosol every few minutes to alleviate the smell, but it was all about enduring from that point on. There was no turning back and Blake had to be safely buckled into the cleaned up but smelly carseat; so, we set our minds on the final destination. 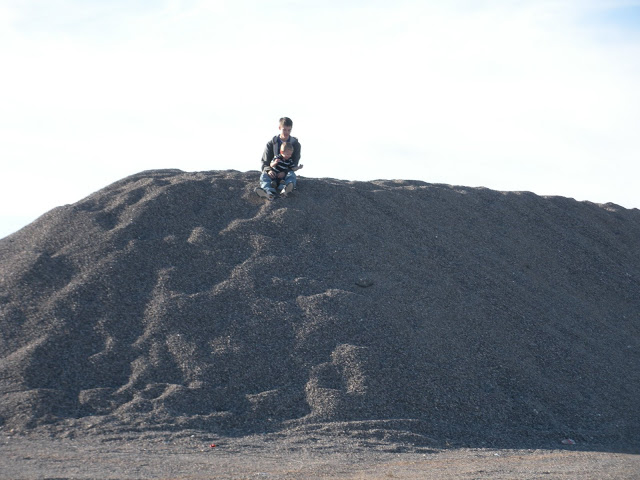 Or so we thought. There are two routes that can be followed on the drive from Salt Lake to Phoenix. One route goes through Vegas and is slightly longer but includes more major freeways. The other route is more direct but involves a lot of winding two-lane roads through reservations with no cell-phone access. We decided to take the Vegas route and make a “quick” stop on the strip where I knew Blake would absolutely love to watch the Bellagio fountain. To make a long story short, with missing the first intended show, trying to navigate through downtown traffic, finding a place to park, and walking back and forth through the casino to the fountain, our “quick” stop turned into a two-hour venture. And, poor Blake was so overtired and hungry from losing all of his food that he was only mildly amused by the fountain. 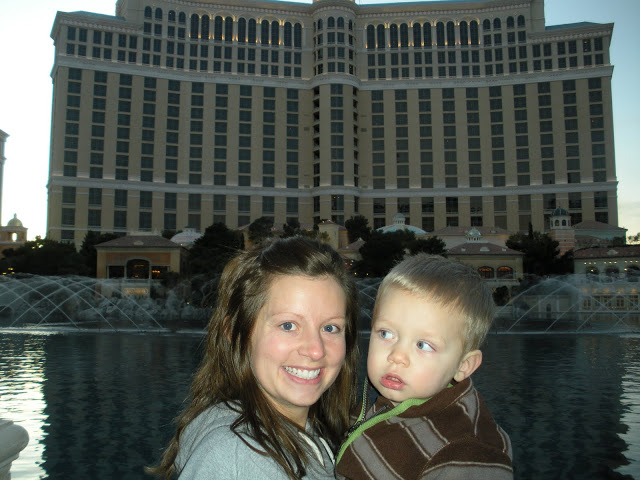 Jorden, however, was absolutely enthralled by the experience and was really glad that we stopped. 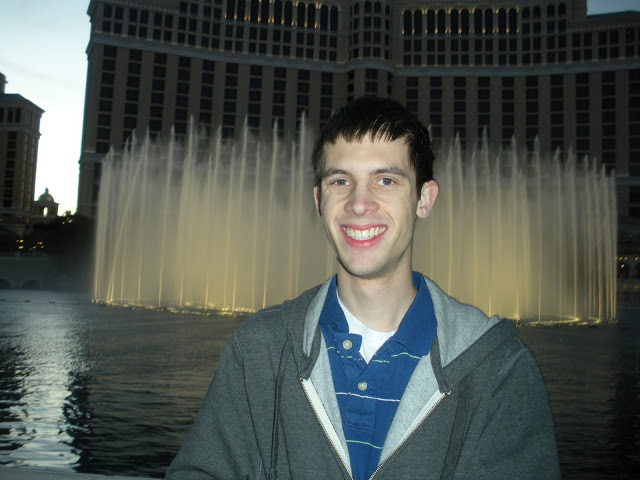 At that point it was dark out and we were only to Vegas; about the half-way point between Salt Lake and Phoenix. Blake was starving. We settled for some crappy fast food, hoping that Blake would eat and then be out for the night from exhaustion. Oh, but that’s right, this little boy does not sleep in the car! He dosed off a few times throughout the evening but basically just took little cat naps and was wide awake with complete exhaustion when we pulled into our destination at 1am.

The 1am part is right about where I lost my cool. Due to some lousy directions (thanks a lot, Google maps), we added about 150 unnecessary miles or 2 extra hours to our drive. We should have easily gotten to my parent’s house by 11pm had we taken the direct southeast route that I’ve always taken. However, I didn’t realize that the directions were poor until it was too late. I was driving and didn’t want to turn on the light for map verification for fear of waking up Blake during one of his said cat naps, so I kept following the written directions until the mileage math didn’t add up right in my head.

I kept thinking that the mileage signs must be wrong because of course my written directions would take us on the fastest route. I was so upset when I realized how much time we were needlessly adding to our already too-long trip (did I mention the smell?). I wanted to swear, hit things, and cry out of frustration all at the same time. Thankfully, Jorden took the wheel for the last hour because after driving for 5 hours straight, feeling bad for my miserable two-year-old, having a baby pushing up very violently against my ribs, and experiencing many angry emotions, I wasn’t in the greatest driving state. 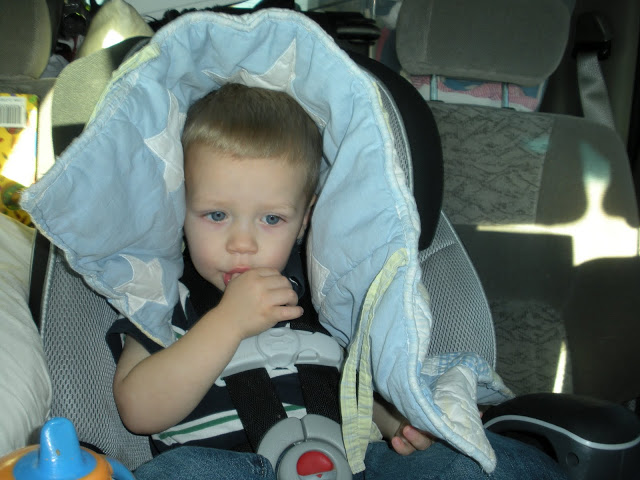 Happily, we are all now in our destination safe and sound. I’ve had some sleep. Blake is making up for his lost sleep. I power washed the carseat and cracked open the car windows. I scrubbed the outside of the car in 75° sunshine. I lounged in a chair on the deck while making holiday plans with my mom. I didn’t have to cook dinner. We decorated my parents’ Christmas tree. Blake’s grandparents ate up every word he said. Life is good and the awful road trip will soon become a distant memory. We are moving on, enjoying family at Christmastime, and hoping for a better return trip.