Skip to content
We spent the long weekend at the cabin with our best college buddies, Nathan and Alisa Frakes. We got married within a few days of each other, met in our first student married ward, and have pretty much been inseparable ever since. We used to spend almost every weekend at each other’s apartments playing games, staying up late talking, and trying Alisa’s many delicious desserts. We lived within a block of each other for two years, attended the same wards, the guys carpooled together to school every day, they studied together and took some of the same classes, and Alisa and I even worked together for a year. Needless to say, we miss our friends now that there is more than a block’s distance between us. We took a weekend boating/camping trip to Lake Powell before any of us had babies and wanted to re-live the getaway experience.

So, we planned a retreat at the cabin over a month ago and we are so glad we took advantage of the long weekend! Having little ones around with different nap schedules and the cold weather outside didn’t allow us to leave the cabin very frequently, but it was really nice to relax, catch up on some quality game-playing time, and let the guys talk for hours on end. I’m pretty sure that words like “business, accounting, strategies, money, bonuses, insurance, real-estate, net worth, and investments” were mentioned at least every hour. Nathan and Troy were pretty much made for each other and spent a LOT of time talking while Alisa and I either tuned out or rolled our eyes. We also stayed up way too late watching movies and we are still trying to make up for lost sleep. Oh well, it was worth it to live it up a little and take a break from our everyday routines. As usual, I didn’t take many pictures, but here is at least some proof of our fun getaway.

Blake adored baby “Tarly” (Karly). He got in some good practice for being a big brother. 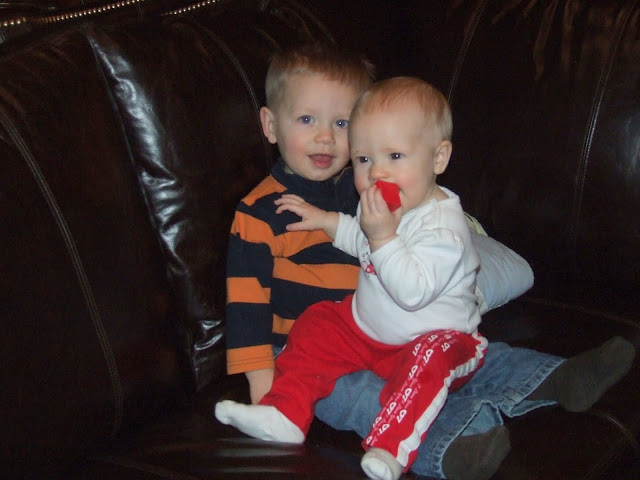 We lost track of where Blake was one morning and finally found him sitting quietly next to Karly’s bed just watching her sleep. It was pretty sweet how he wanted to be around her at all times. He even almost gave her his nie-night once but then decided that sharing his blocks would be less of a sacrifice. 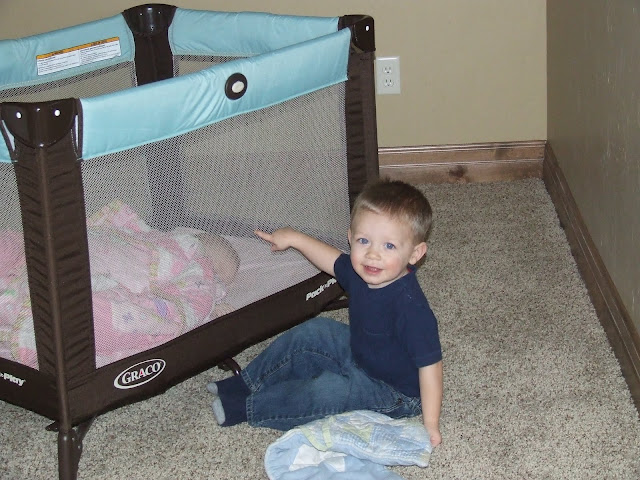 We did manage to get out a little bit. Alisa and I hit the outlet mall while the boys played wii and took care of babies, and we all went to a pizza joint in Park City. I think the waitress was real sick of us by the end, especially when we asked her to take this (blurry) picture which was followed by root beer spilling all over our table. 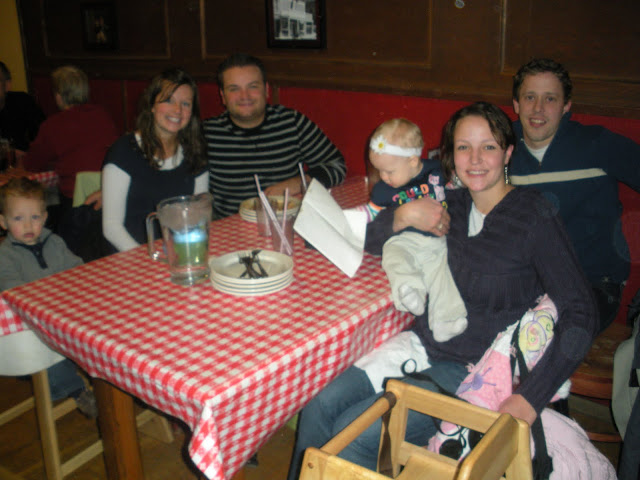 We had to be real creative to pass the long time it took to get our food. Someone was a little hungry and needed some distractions. 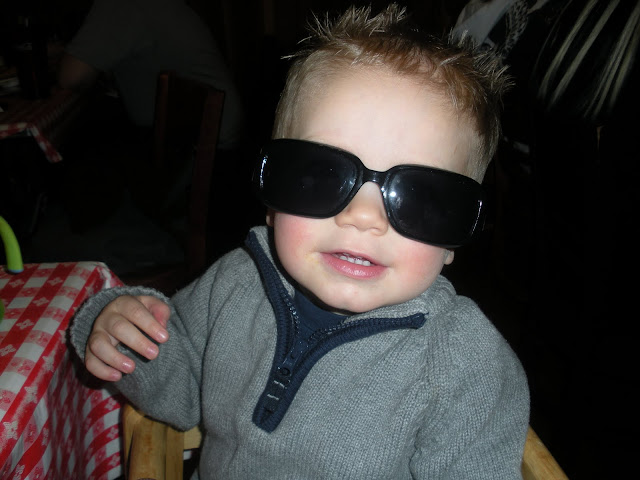 And finally, some of the best moments of the weekend were all of the games! The four of us tend to be a bit competitive to the point where a pregnant lady almost cried when we played a rousing 2-hour+ game of Acquire. Troy and I have basically outlawed games between the two of us in order to preserve our marriage, so I was glad to be able to spark that competitive side again over the weekend. 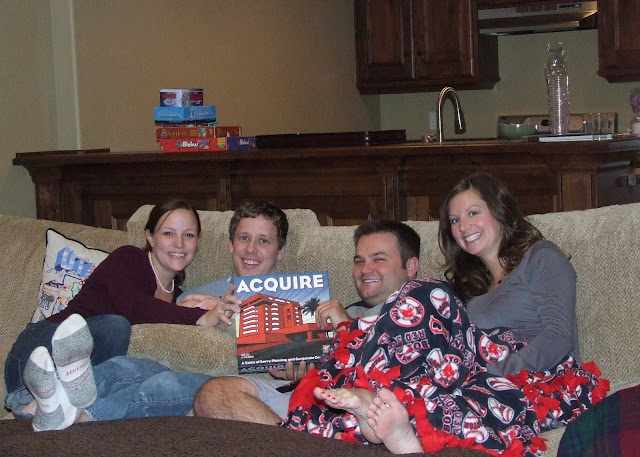 We had a great time and wish we could fit more getaways into our lives!