Skip to content
Today was my first day at home alone with our two children. I usually don’t like to share such graphic details, but as I look back upon how the day’s events unfolded, I am sure that my first day will be a source of humor in days (maybe weeks) to come.

The morning battle began when Blake wanted crackers and cheese for breakfast. His dad gave in and let him have cheese and crackers yesterday, but I didn’t want to start a trend. Blake had a major meltdown as he carried the block of cheese that he snuck out of the fridge around the kitchen. After explaining to my two-year-old 50 times that cheese and crackers were only for snacks and lunches, and giving him the options of cereal, yogurt, or bananas, he finally accepted the fruit loops I offered him.

That’s when the blow-outs started. Blake has been taking amoxicillin for his ear infection, which leads to the most disastrous, up-the-back, dirty, messy diapers imaginable. He began chanting “wet back” over and over, but wouldn’t let me take him out of his booster seat until he was completely satisfied with the amount of fruit loops and peanut-butter toast on his plate.

I cleaned up that disaster and started the first round of laundry and bathing. I thought it was pretty impressive that both Blake and I were bathed and showered by 9am. Our angel baby slept through it all. At 10am Blake started begging for pancakes. I don’t just make him pancakes at his beckon call, but there were some leftover pancakes in the fridge that I heated up for him. Thus began blow-out #2, and another round of laundry and bathing.

Still keeping my cool, I then brought out a fun project for Blake. I bought him a little Valentine’s mailbox several weeks ago knowing how much he loves to receive mail. My plan was to leave him little Valentine’s cards and treats in the box throughout February, but having our baby early slightly altered that plan. I let him decorate the box with stickers and color some Valentine’s. I fed the baby while he was busy with the stickers.

The next ten minutes were when things really picked up. Nash projectile spit-up all over me, soaking both his and my clothing. I took him upstairs to take care of that mess. At the exact same time, Blake started in again about wanting cheese and crackers. I heard the fridge open and shut downstairs. I started to worry when I heard Blake dragging the chair across the floor, so I abandoned the wet baby to tend to my whining two-year-old. I found him armed with the block of cheese and a sharp knife that he had retrieved out of the dishwasher. He was sliding the chair to the pantry to obtain the crackers. That was the point when I started to cry. I was also topless because I was half-way through changing my wet clothes. Blake looked at me lovingly, as tears rolled down my cheeks, and said, “Mama, sad.” “Mama, tissue.” He then got a little worried about my immodesty, and started repeating, “Mama, clothes! Mama, clothes on!”

We endured one more blow-out after I finally got Blake settled with his cheese and crackers. It was such a relief when nap time rolled around. I know it will get easier, but things didn’t run quite as smooth as I had hoped on our first day alone. Tonight will be Troy’s turn to handle both of our children while I teach yoga. Hopefully things will go better for him. 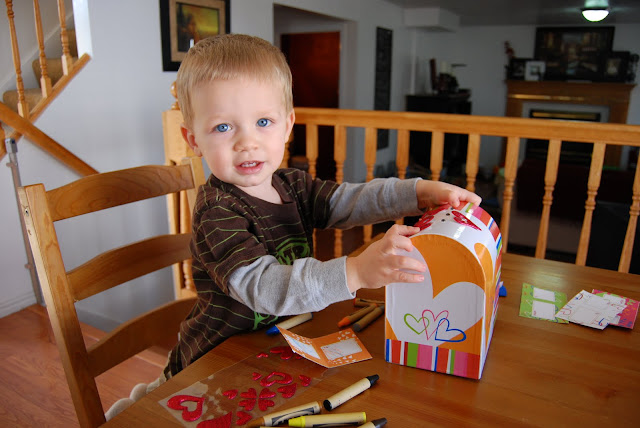