Skip to content
It feels like we have been at Grandma and Grandpa’s house a lot due to naps and bedtimes between the boys, but when I looked back through our pictures I realized that we have done a lot! Here are some of the things that we have been up to.
We went to the Fountain Hills splash park. It is already hot here, so the splashing water was a nice way to cool down. 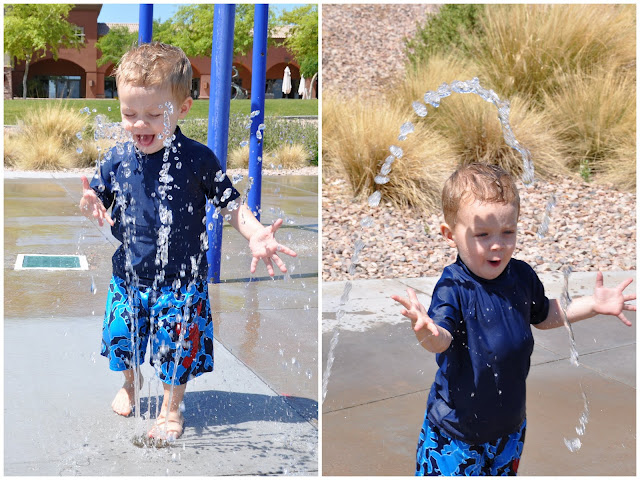 Blake baked many treats with his Grandma, complete with Grandpa’s apron and chef hat. 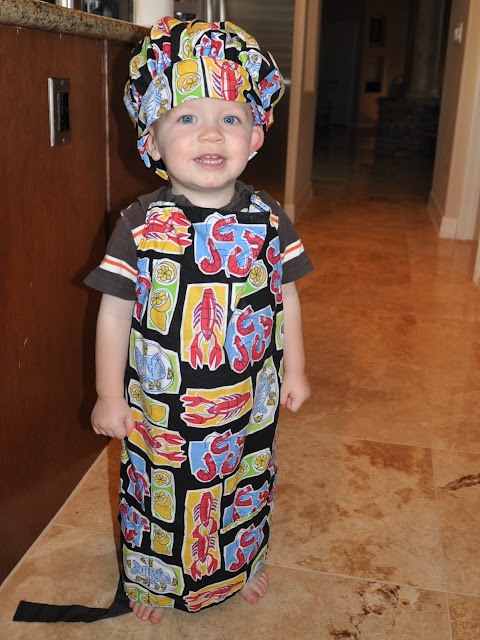 We pulled out the sidewalk chalk on a few occasions, however, my little boy was more interested in throwing rocks and sticks around the yard than scribbling on the sidewalk. 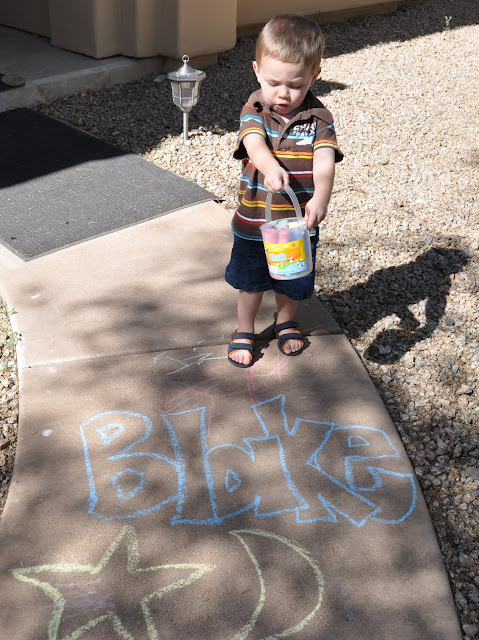 We ate gelato by the fountain. 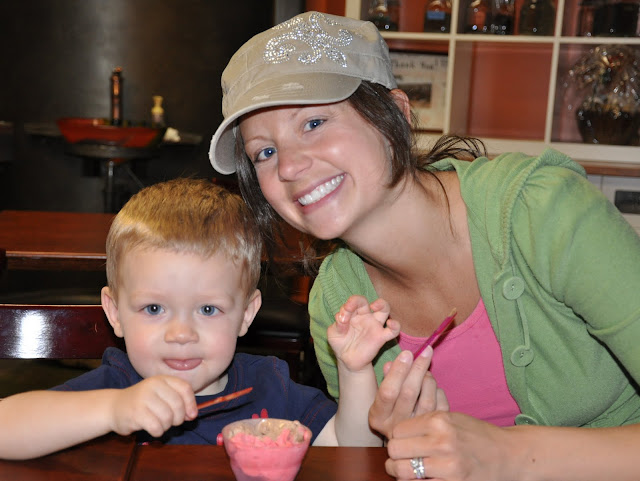 Once a year, the park in Fountain Hills shows a movie projected on a huge screen. We sat on the grass and watched “Cloudy With a Chance of Meatballs.” I was surprised at how attentive Blake was considering his attention span of about 20 minutes when it comes to movies. 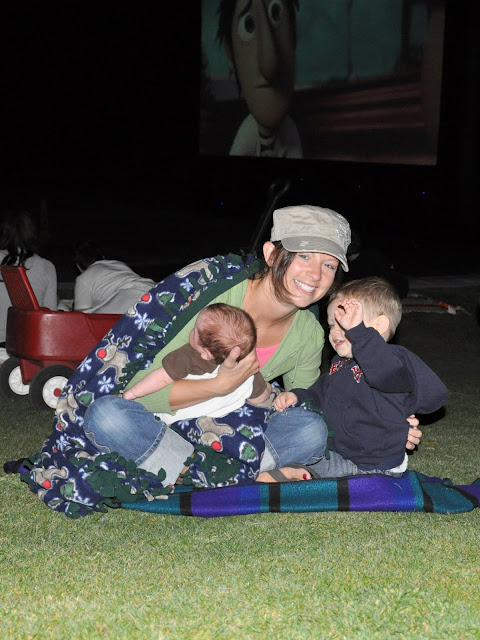 My dad and I went on a few bike rides through a beautiful winding bike path in Scottsdale. What stuck out to Blake was the peanut butter sandwich he ate in the cart and the ducks he chased when he got out. 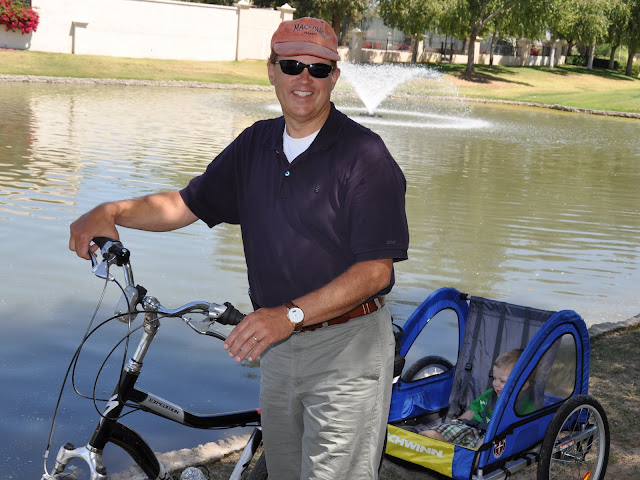 Another highlight was a train ride through the park at McCormick Ranch. We rode on the same train when we were here over Christmas and at the time there was a huge light display and large characters walking around to greet the children. When we told Blake in the car that we were on our way to ride the train, he thought about it for awhile, and then exclaimed, “Big Elmo, Cat, Mouse!” Elmo, The Cat in the Hat, and Mickey Mouse were all roaming characters during the holiday train display four months ago. Blake has such a good memory! I guess we are making more lasting impressions on him than we thought. Big Elmo and the others weren’t at the park this time, but Blake still had a blast riding the train over the bridges and through the tunnels. 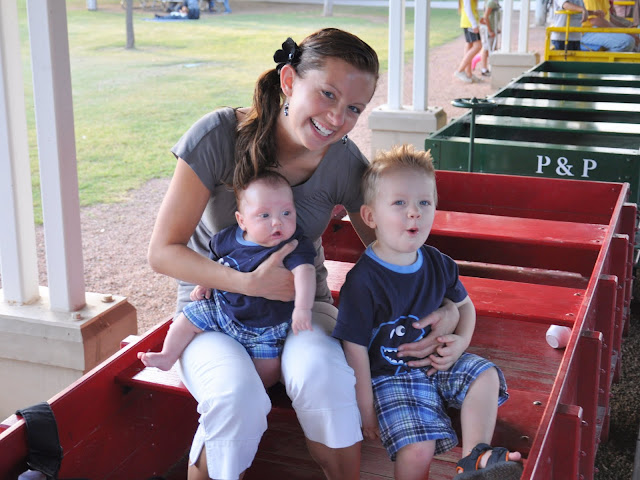 Last, but not certainly not least, we have been enjoying this smiley little baby! 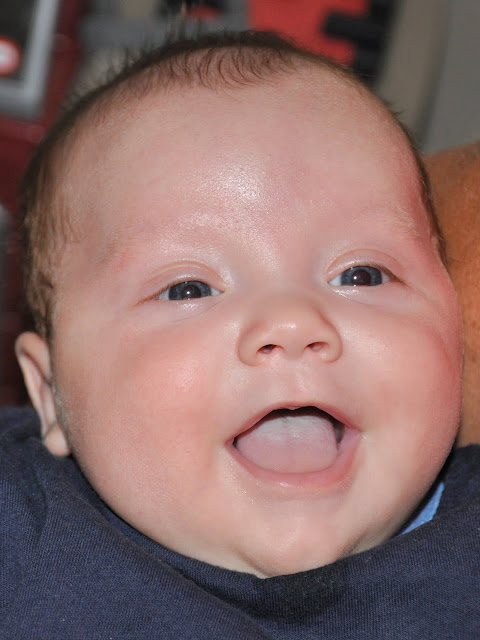