Skip to content
Blake loves his beat-up raggedy “nie-night” more than life itself. He asks for it immediately when he gets hurt. He cries when I insist on washing it. It lays over the back of his chair while he is eating. He drags the falling apart mess to every corner of the house. He cannot even think about falling asleep without it. Although the nie-night never leaves the house (I’m so happy that I put a ban on that from the get go), it can always be found next to him at every moment while we are at home. 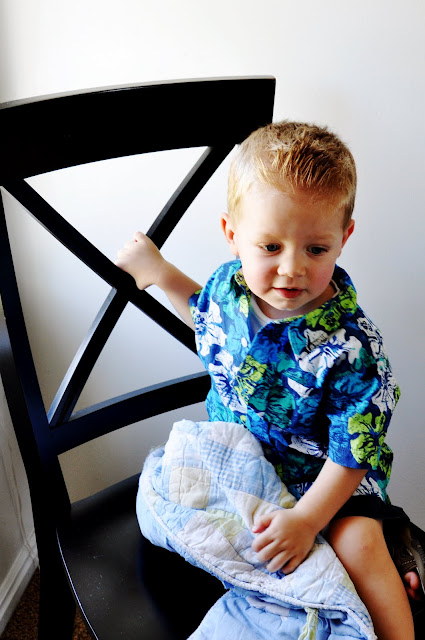 Just look at the adoration he has for the thing! 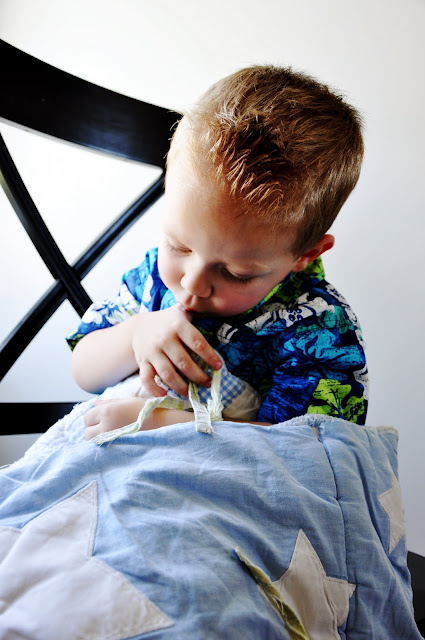 The nie-night used to be a full bumper pad. Blake got attached to holding onto the strings while sucking his thumb to fall asleep when he was a baby. It became a little outrageous to cart an entire bumper pad around when we traveled or went to Grandma’s house, so the thing went under the knife and became a mini-bumper pad. 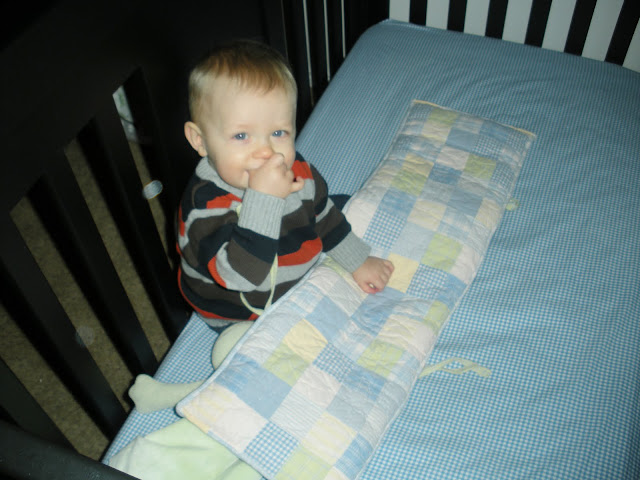 I thought that he might outgrow it, but you can see that he has held strong to his unusual lovey. 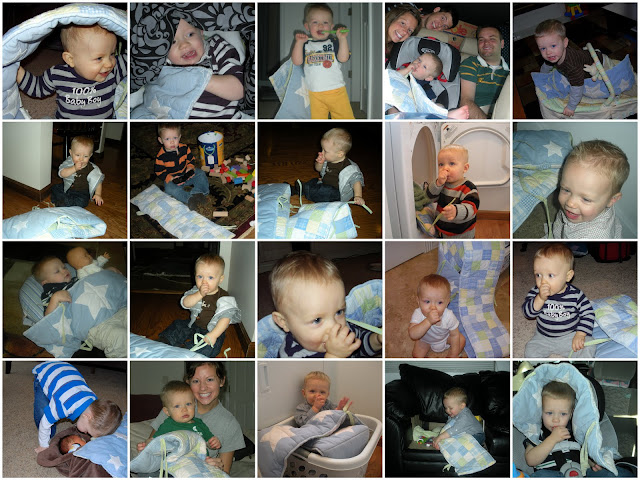 Consequently, the nie-night has gone through a lot of wear and tear in the last two and a half years. I cringe when company comes over and Blake drags the dingy, hole-filled, makeshift blanket around. Some of the strings have fallen off and the material is getting so thin that the batting is becoming exposed. I can’t even imagine how another year is going to affect the thing. 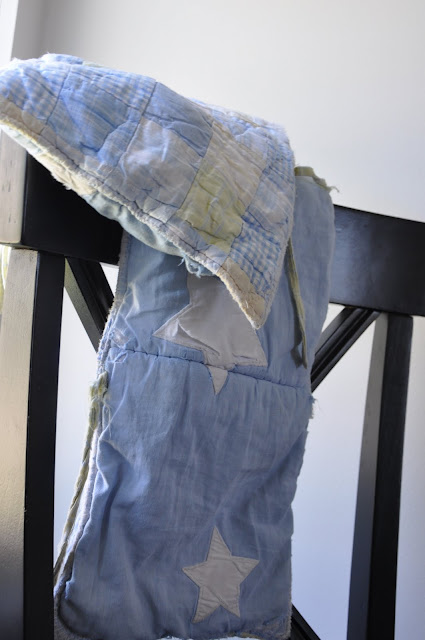 Though I love the idea of a lovey, a familiar item that comforts little children, I was hoping that Nash might latch onto something a little more normal. However, look at what I found him holding onto the other night? 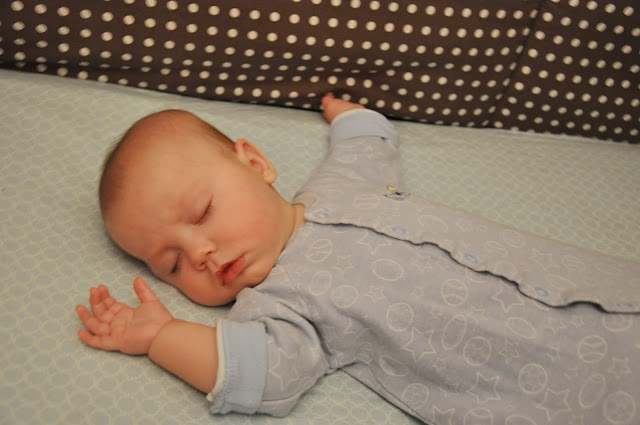