Skip to content
Sometimes I miss Troy. We live in the same house, sleep in the same bed, sit at the same table for dinner, and raise the same sons. But sometimes, when things get really crazy, it’s like we’re strangers passing each other in the hallway.

We were fortunate enough to boost things up a little bit and go on not one, but two dates this weekend. We were also happy to have finally found some great teenage girls in our neighborhood to watch our boys so that we could have one-on-one time together.

Our plan on Friday night was to go to a work party downtown and then head straight to the temple. We got all dressed up, went to Troy’s work party, and left just in time, only to arrive at the parking ramp to find out that temple was closed for cleaning for two weeks. I couldn’t believe that I forgot to check on that. It didn’t even cross my mind that it might be closed for annual cleaning and I usually always check on that when we go to various temples.

Troy came up with the next best idea when he sensed my disappointment (that often overwhelms me when things don’t go as planned). He suggested that we go mini-golfing. Since we were already paying a sitter we had to do something. So, we found a nearby course and golfed in our Sunday best. At least I wore flats that night. 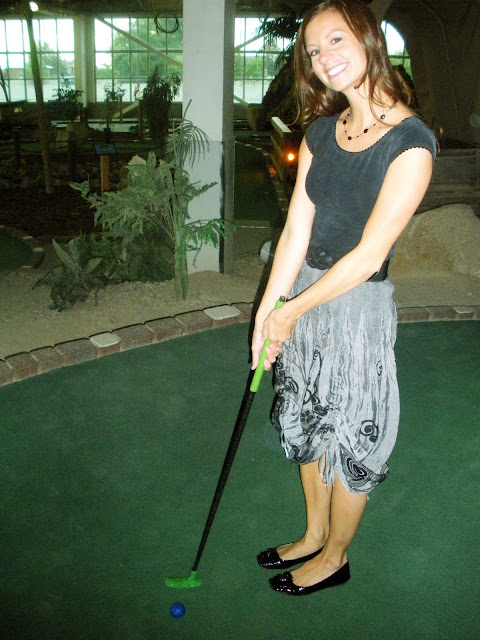 Not only were we all dressed up, but I think that we were the only people not in junior high at the course. We felt pretty awesome. 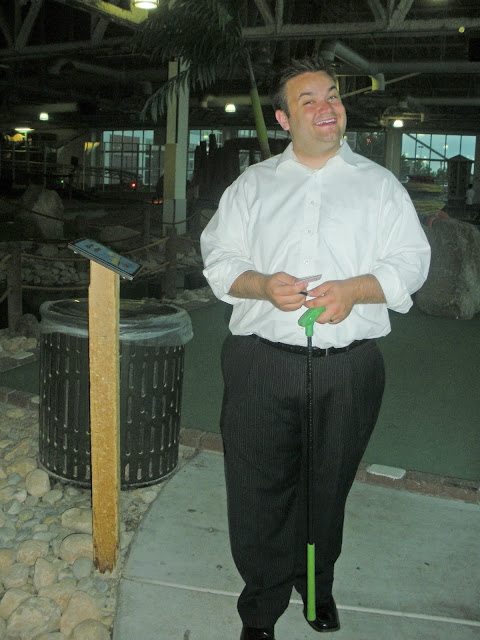 Troy decided that he wants to teach me how to “real” golf so that we can go together and he won’t feel guilty about leaving me at home while he is out recreating. 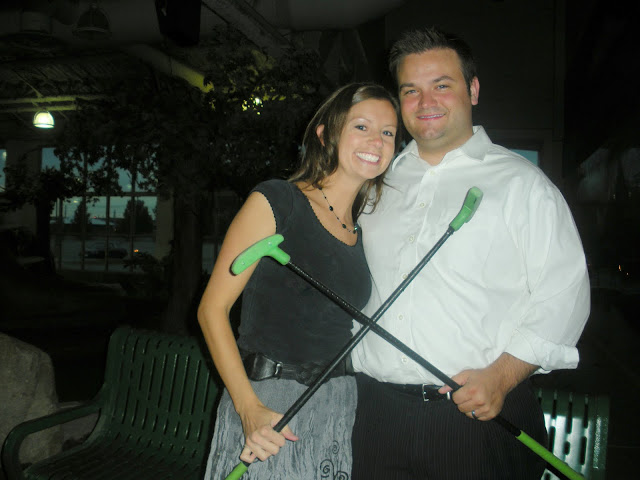 We went out for ice cream afterwards. Yes, we’re cheesy. 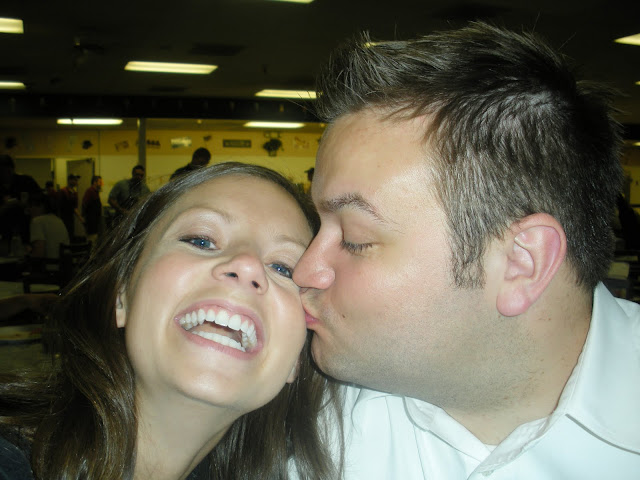 On Saturday night, Troy volunteered to usher at a concert at Deer Valley. It’s not a bad trade-off because by volunteering he earned one extra vacation day. And how hard is it to tell people to where to lay their blankets? The outdoor concert featured Ben Folds and the Utah Symphony. Troy found out during the week that he could get an extra ticket for me since he was a volunteer. The concert was in a gorgeous setting in the mountains, just as the sun was setting. 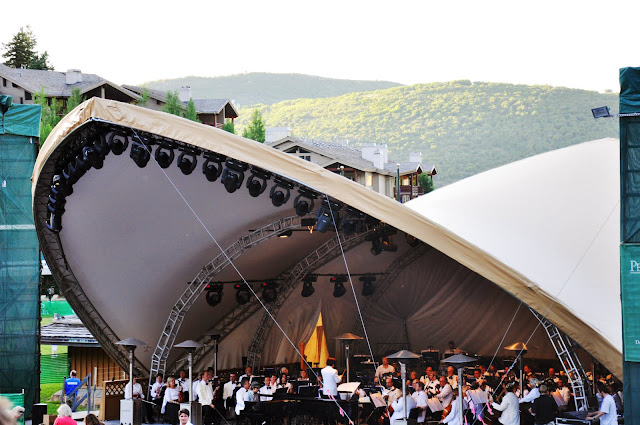 We have a special place in our hearts for Ben Folds since he is the artist of “our song.” We danced to “The Luckiest” at our wedding and it brought back memories when Ben played it as his encore. 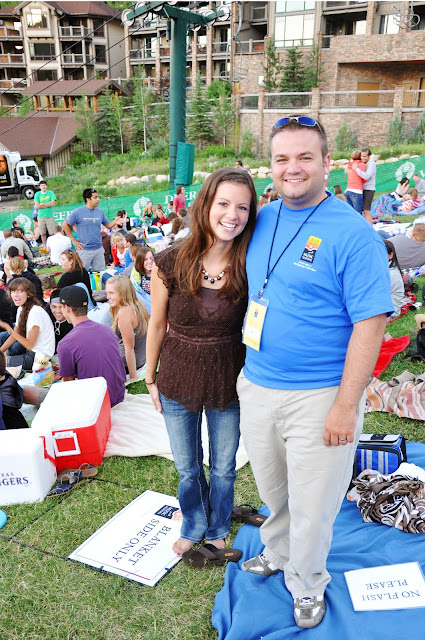 As much as I adore our boys, Troy is my Number One. My sweetheart. My best friend. And when I’m a shriveled up little old lady, I want to remember this: he was my first priority. He’s the one I’d rather be with than anyone else in the world. I love you babe.