Skip to content
I realize that the month to month posts get a little bit redundant, but let it be known that I am trying very hard to document Nash’s life just as much as I kept track of Blake’s milestones. I have heard that subsequent siblings sometimes feel jipped in the amount of records kept and pictures taken of them than the first child. Therefore, I am trying to be very conscious of tracking Nash’s progress! I haven’t completely succeeded in that area considering that I made an elaborate scrapbook of Blake’s first year and I haven’t even started on Nash’s yet, but I am at least caught up on here. It also amazes me how much babies change every four weeks and I don’t want to forget the progression of my sweet little ones. So, bear with me as I keep posting monthly updates. To avoid complete boredom, I’ll try not to get into too many growth percentiles.
So, five months already! Nash is officially a “baby” now that he has completely lost the newborn look. 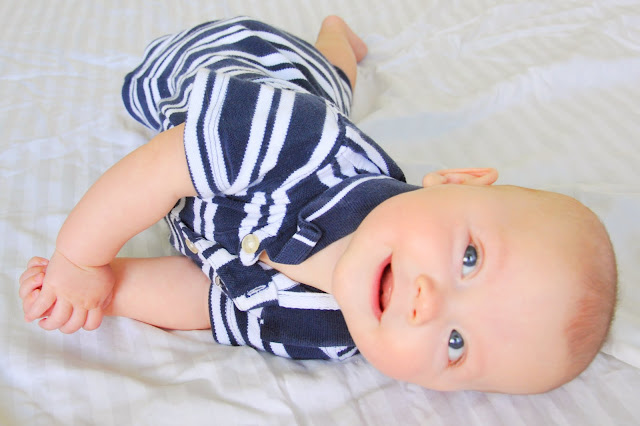 I figured that rolling over when he was one month old was just a fluke. He only rolled for about a week at that age, and he didn’t roll again until recently. I was so excited and proud of him for reaching this milestone at first. It got real old after about the 50th time that he got stuck on his tummy. He can’t quite figure out how to get to his back, which results in a very mad, constantly struggling baby. I flip him back over approximately 387 times a day. Nash must think it is a fun game because the second I rescue him, he rolls again.

The never-ending battle is fine during the day, but I put my foot down to flipping him over in his madness every five minutes during the night. Thankfully, I already had a trick up my sleeve for this scenario because Blake did the same thing at his age (Isn’t it nice to be an experienced parent?). We put the changing pad in his crib, which feels like a mattress, but has just enough of an edge on each side to make it impossible to roll over. It works like a charm and allows Nash to save all of his rolling practicing for the day. 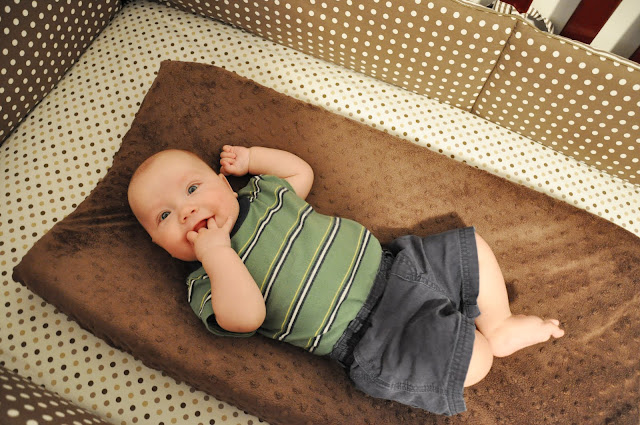 I am undecided on which month is my favorite, because they are all great, but I have a special place in my heart for five months. Still cuddly, still dependent, a little more predictable, more smiley, developing more awareness, but still immobile, and still no baby food (I’m not a fan of spoon-feeding). I want to hold on to this stage with all of my might. 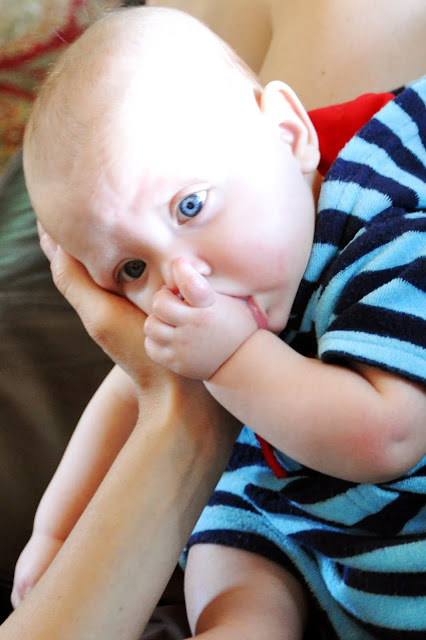