Skip to content
For the last two years, our brother Todd has been a missionary in the Jamaica Kingston mission. Oh how we missed him! He had a really special bond with Blake before he left. 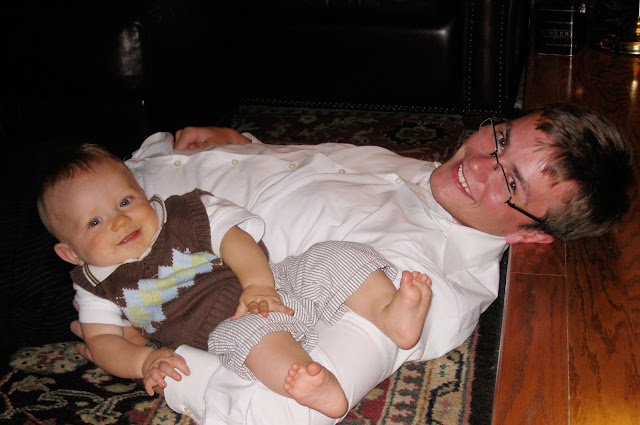 This is Todd’s memory of what Blake looked like two years ago. 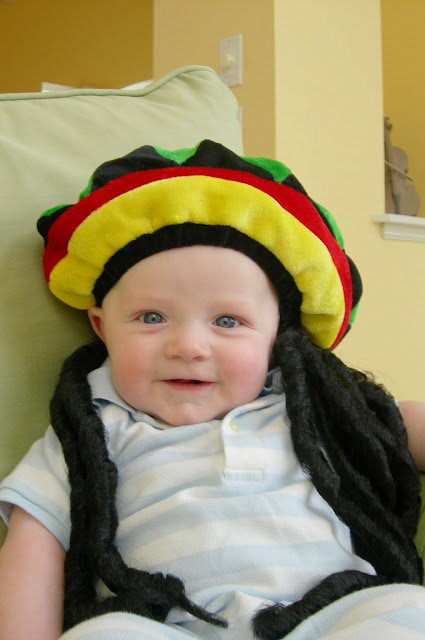 He has changed a little bit! 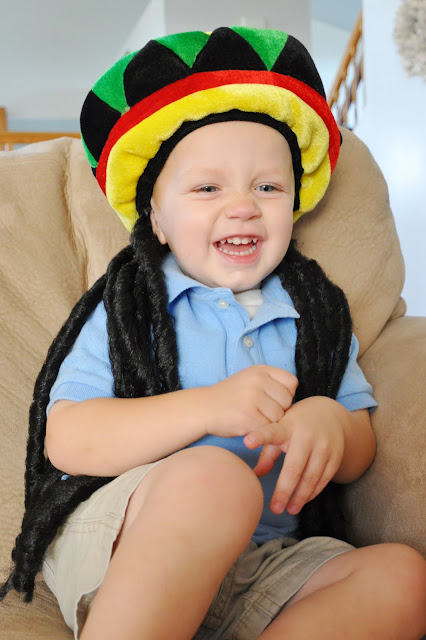 Now Blake has a little brother that looks strikingly similar to the baby that Todd left behind. 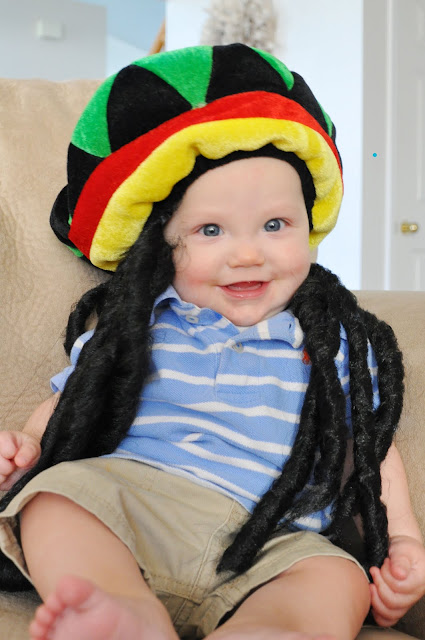 When Todd left, Blake was close to the same age that Nash is now. I’d say the evidence of not being able to resist those dreads is a true indicator of their developmental similarities. 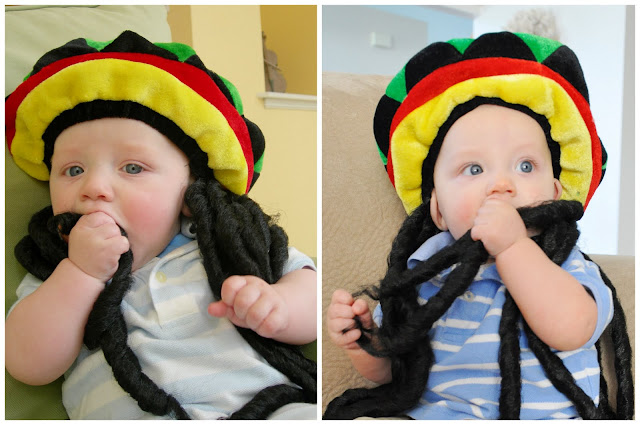 Last night, we anxiously gathered at the airport to welcome Todd home from Jamaica. Homecomings are the BEST! There is just so much joy that surrounds these occasions. I wish we could celebrate homecomings every week. Of course, what makes them so wonderful is that a family member has been absent for two years. That sacrifice isn’t something we would want to endure all the time just to experience the homecoming. But it sure makes the reunion sweet! 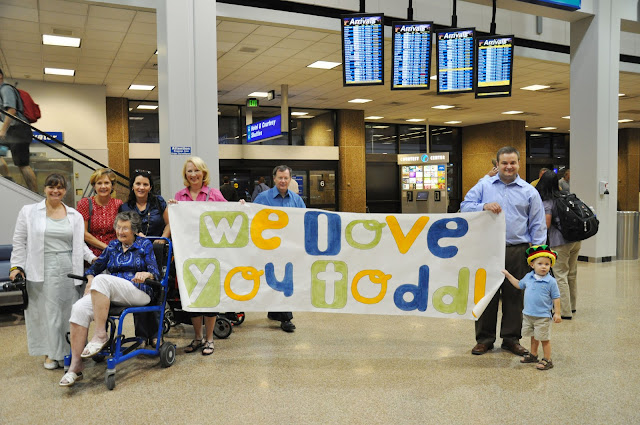 Todd’s flight was delayed and I have to admit that my stomach was churning as I watched those minutes tick by. It seemed as if he would never come through the walkway! Finally, after two years of anticipation and an extra forty minutes of delay, Todd’s bright smile appeared in the distance. It took forever for him to come down the escalator and through the walkway. When he finally got close to us, Mom shouted “Whoooo Hoooo!” and went in for the first hug. We all cheered and teared up a little bit as we witnessed the joy of mother and son reuniting. 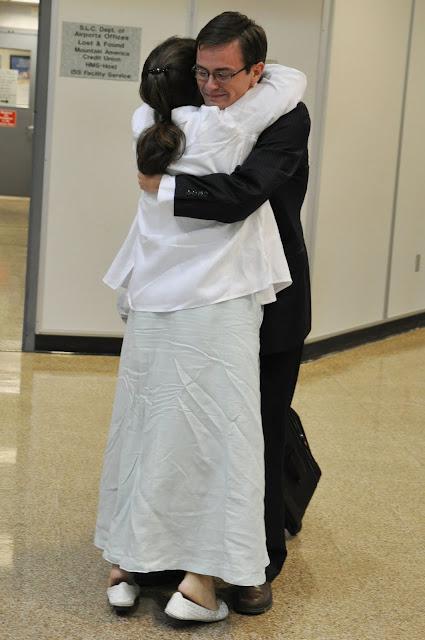 Next was Todd’s reunion with Blake. Todd was shocked at how big he had gotten and couldn’t believe that this little person was the same baby he had left two years ago. 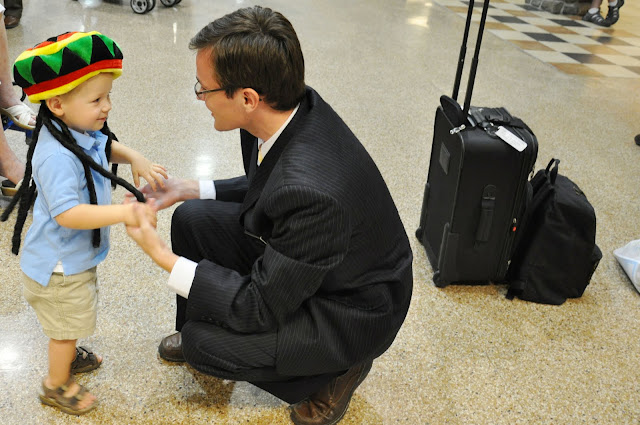 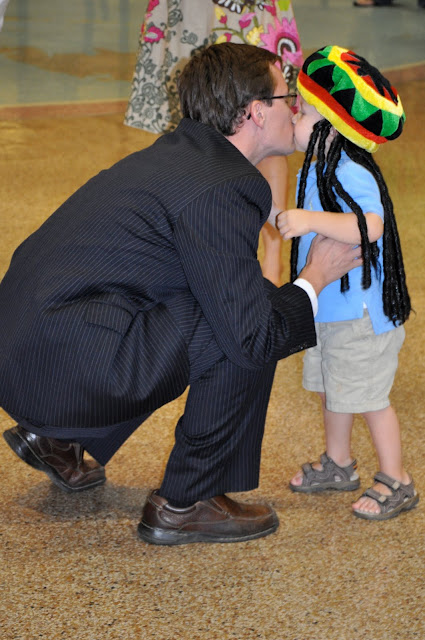 Blake has been so excited for Todd’s return. I doubt that he actually remembers him, but he has always been able to point him out in pictures and list him as one of the people he is grateful for in his prayers. In fact, somewhere down the line, he started associating Todd with Jesus. I think it is because when we used to help him list people he was grateful for, we listed Todd and Jesus back to back. Whenever Blake talked about Todd being on a mission, he’d say, “Todd’s on a mission with Jesus!” (Which I guess has some truth to it.) When we started telling Blake that Todd was coming home from his mission soon, he responded, “Yeah, Todd and Jesus!” I think he may have been slightly disappointed when Jesus didn’t come walking off the airplane alongside Todd.
Blake has been counting down how many naps he had to take before Todd got home for the last week. Each time he woke up from a nap, he’d immediately exclaim, “See Todd after five (four, three, two, etc.) more naps!” Needless to say, he was pretty stoked about his long awaited reunion with Todd! 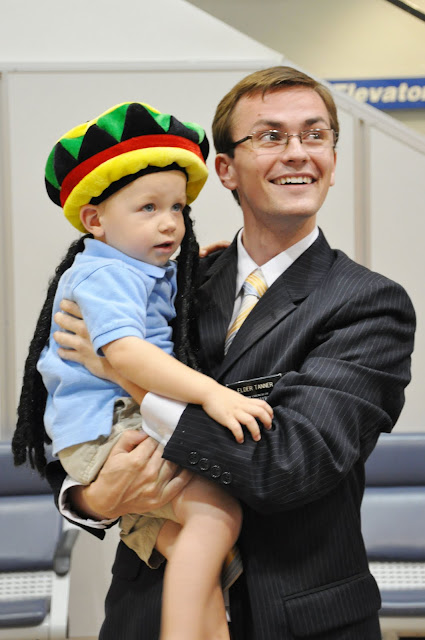 Todd also met his newest nephew, Nash. It was late so Nash was pretty tired and out of it. 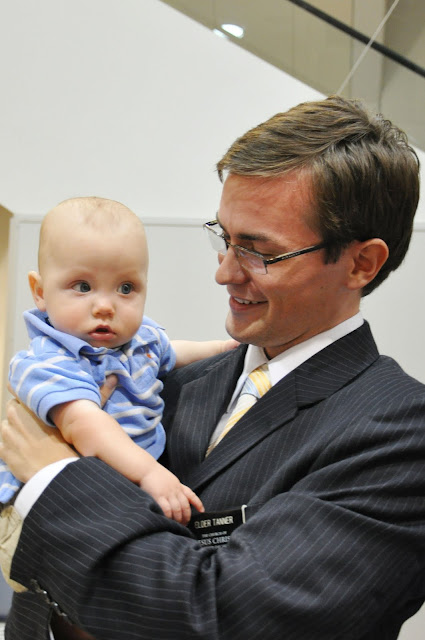 We have so much pride in the work that Todd has been able to do in Jamaica. If he had to be away from us for so long, there is no better reason than for the service he rendered. We are SO glad to have him home safe and sound (especially after hearing some of his crazy stories involving guns, bombs, fires, and corrupt government). Ya mon, welcome home!! 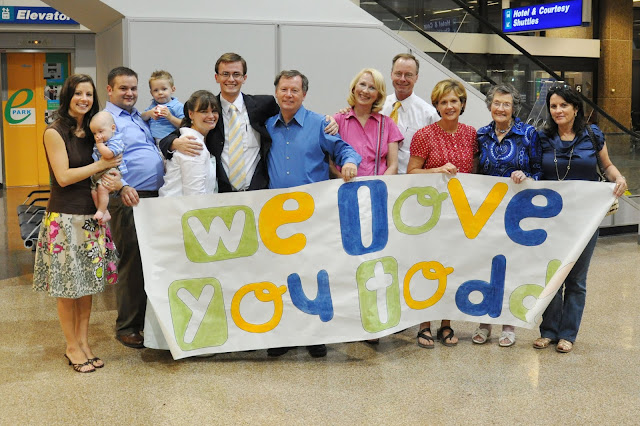