Skip to content
Tricia and Jacob were married in the Oquirrh Mountain Utah Temple on Saturday, August 28th. The ceremony was beautiful, simple, and heartfelt. We felt so privileged to witness this special occasion.
The happy, just married couple emerged out of the temple doors after much anticipation. I love what these shots represent. The bride and groom prepared their entire lives to make it to the temple and be sealed to their sweetheart. Then they stepped into the outside world as husband and wife, armed with covenants and promises to honor each other forever. 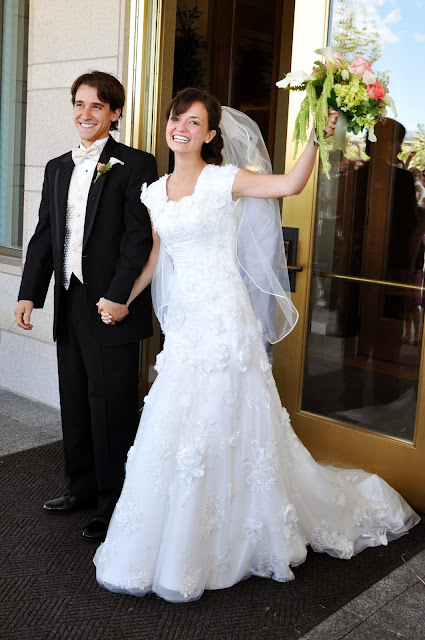 The crowd was very excited when Tricia and Jacob appeared. 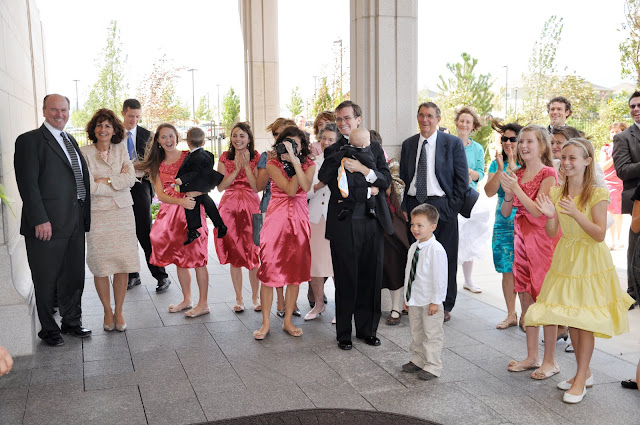 The temple grounds were beautiful as always. Don’t let those blue skies fool you though. It was possibly the windiest day of the entire summer. 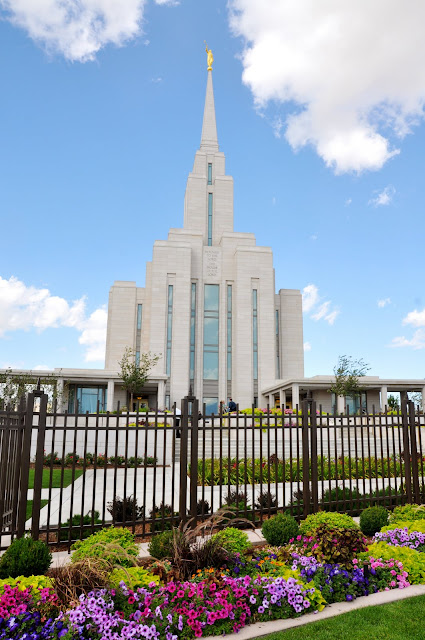 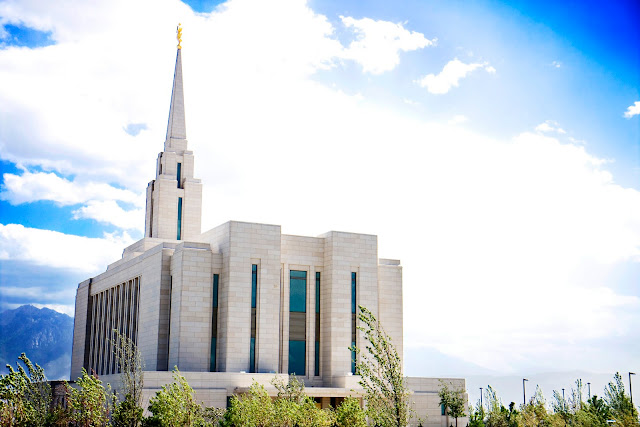 In fact, we were shocked that we didn’t all blow away altogether. Tricia’s veil was sticking straight out in half of the pictures, but I think that Jacob’s long hair was affected the most by the out-of-control wind. I actually like the dramatic effect that all of that wind brought; it made some beautiful shots. 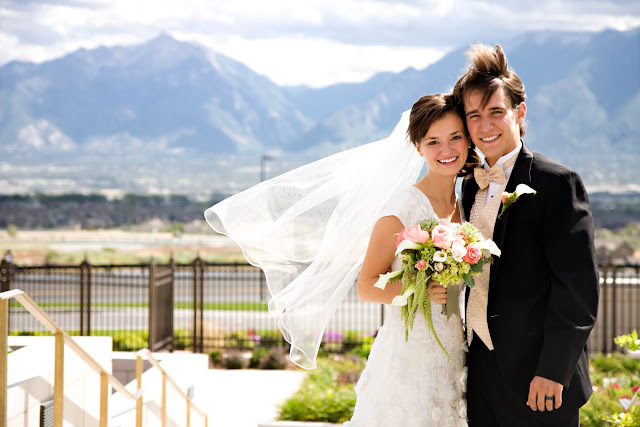 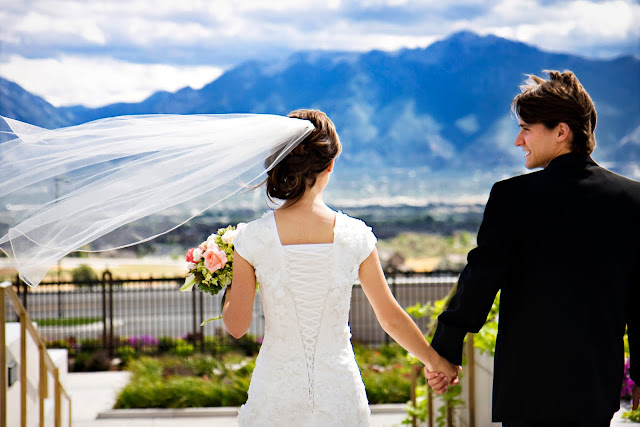 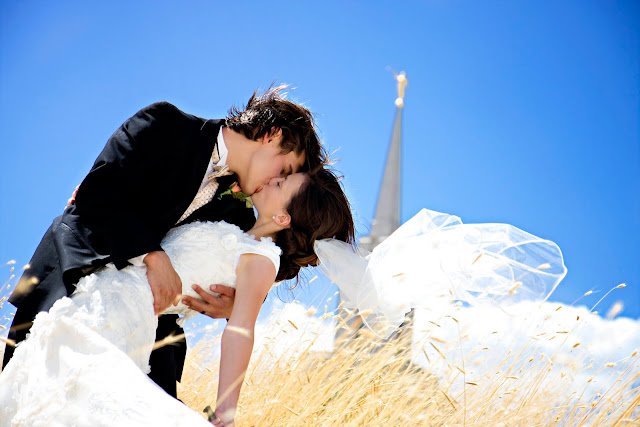 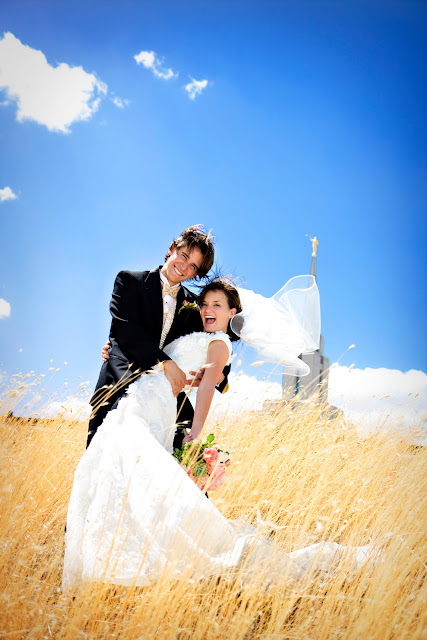 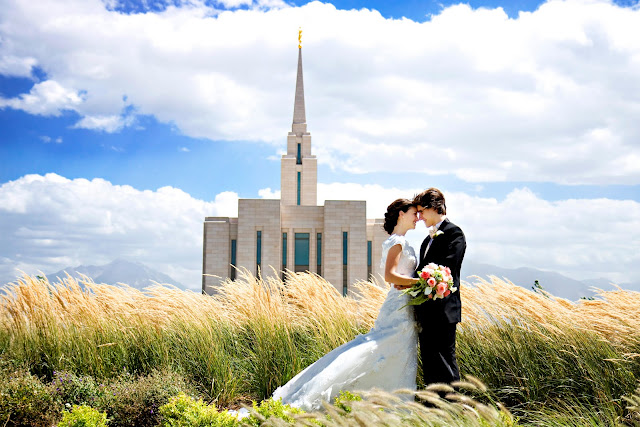 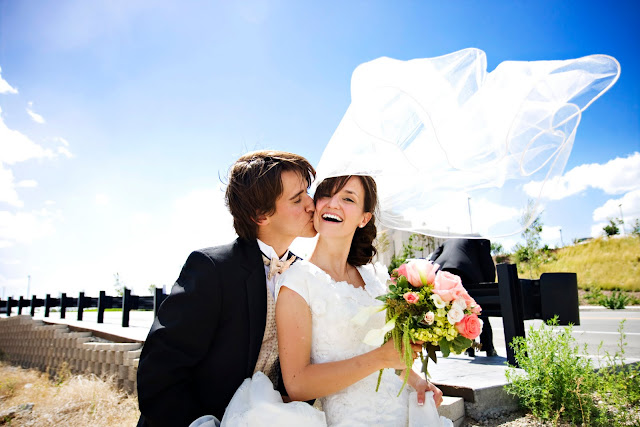 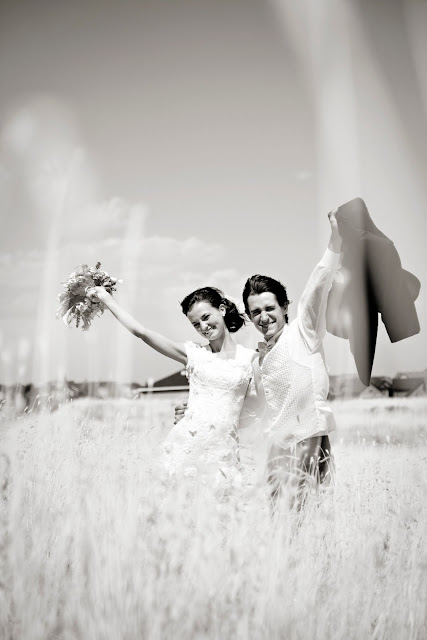 There was a small large gathering of people celebrating with Tricia and Jacob outside the temple. They both come from big families (and only a fraction of the families are represented here). 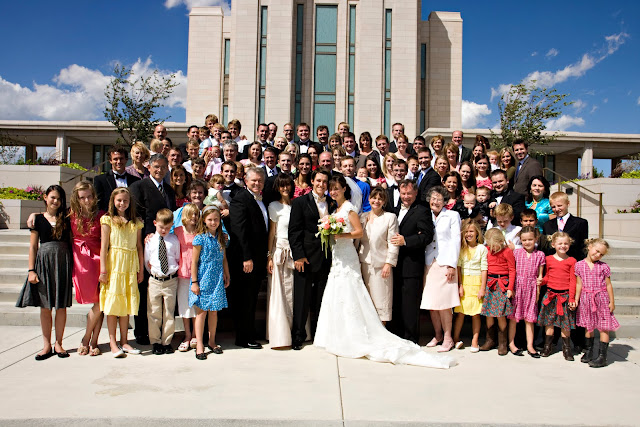 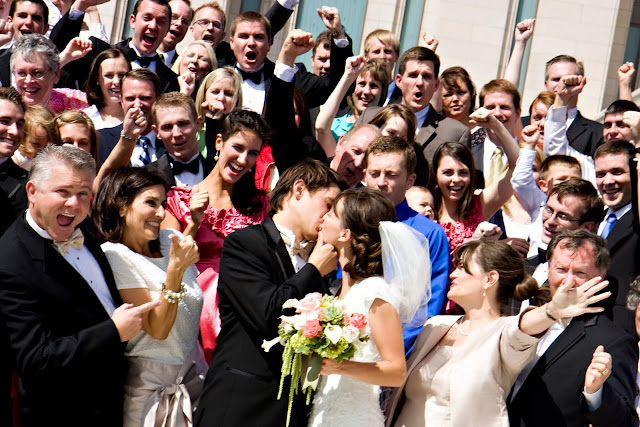 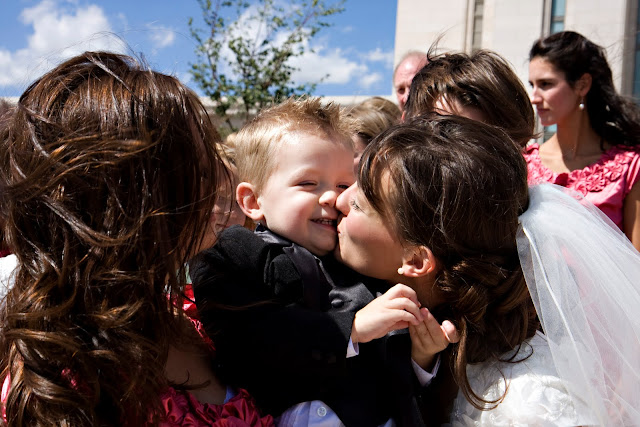 This shot captures our end of the event perfectly. I was constantly brushing tangled hair out of my face and regretting that I had worn it down. Nash got so sick of the wind taking his breath away that he stuck his thumb in and completely zoned out. 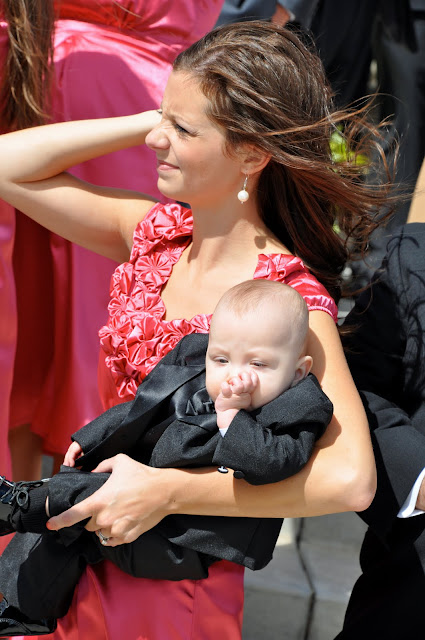 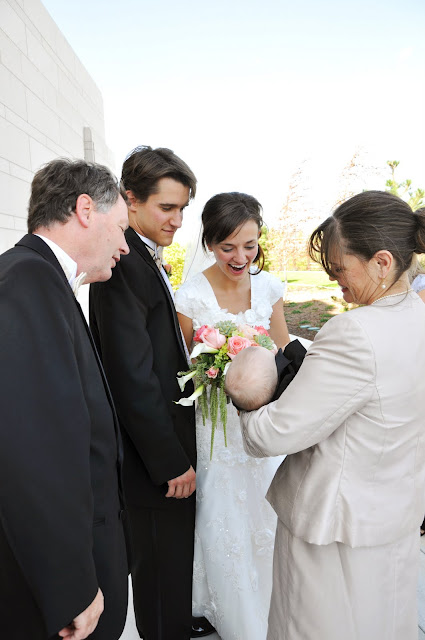 After the group shots, we moved to the side of the temple that wasn’t as picturesque but was a lot less windy than the front of the temple. I love how our family is growing this year with Jacob joining, Nash being born, and Todd coming home from Jamaica. I always wanted a big family. 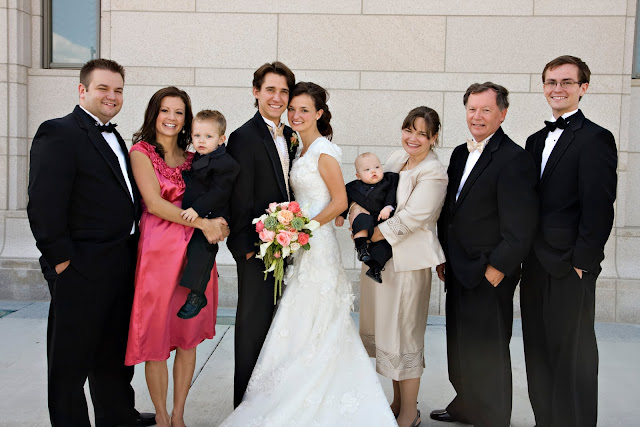 Poor Todd had no girl to kiss (and he shouldn’t four days after the mission!) so he got stuck with Nash instead. 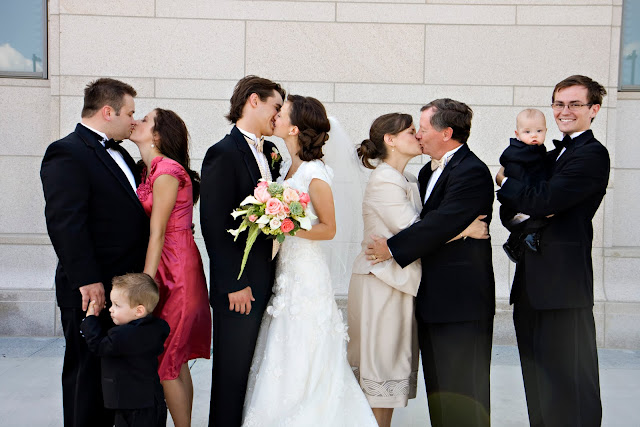 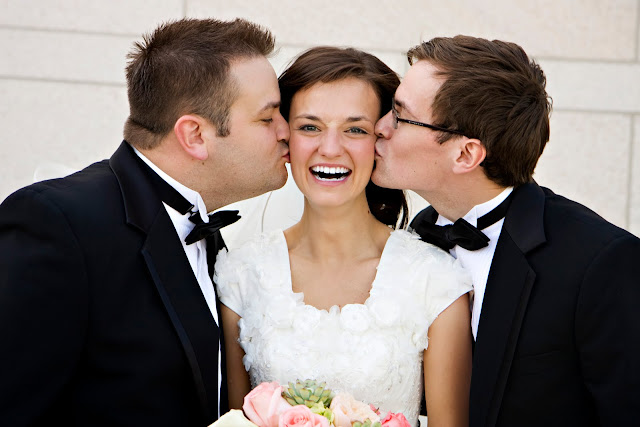 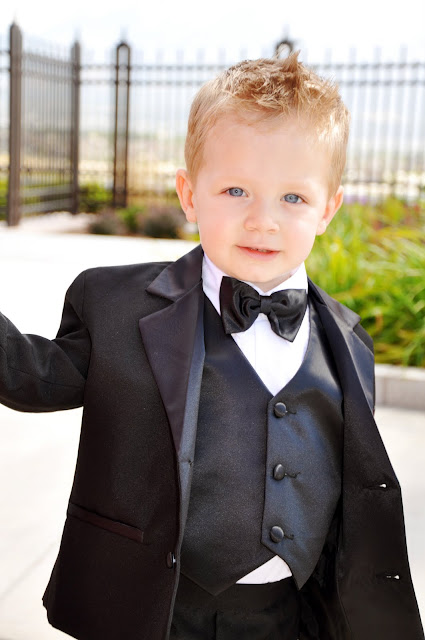 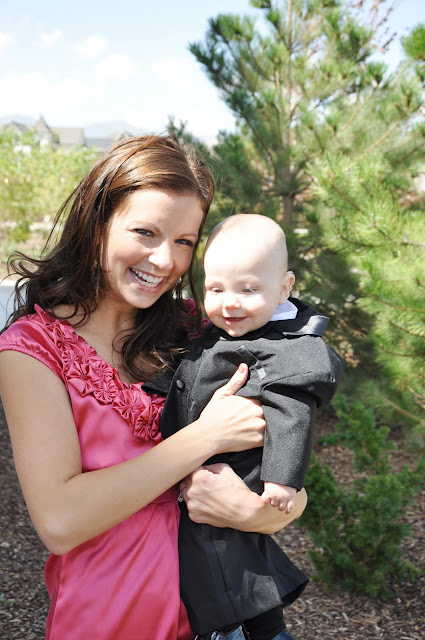 Remember all those bridesmaids I mentioned? Tricia sure is loved! 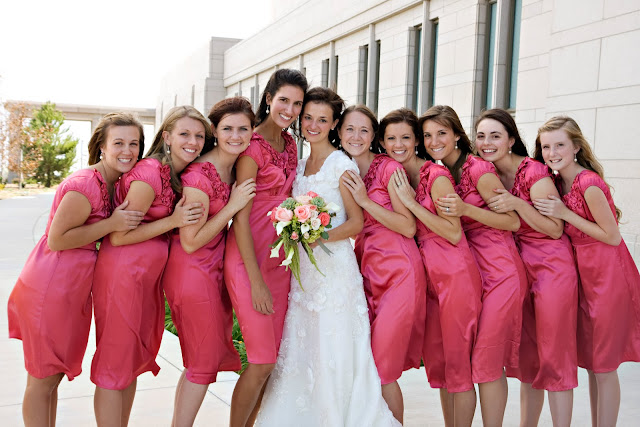 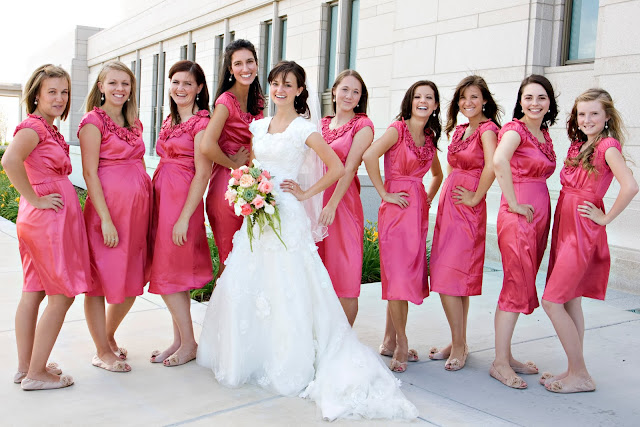 Jacob had an equal slew of groomsmen as well. 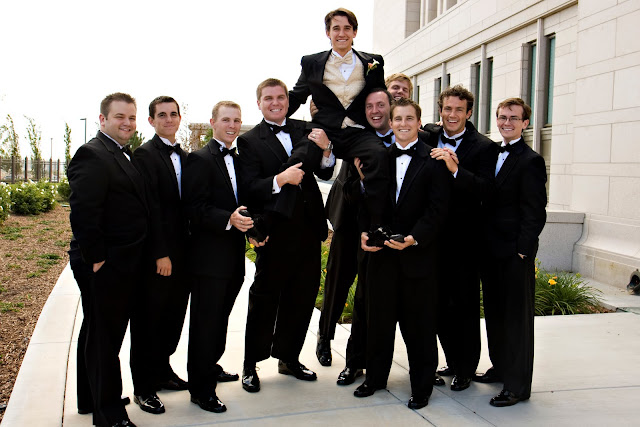 I have to give a huge shout out to Todd who kept entertaining our children the entire day. He didn’t skip a beat in his relationship with Blake after being gone for two years. Blake just adores him. 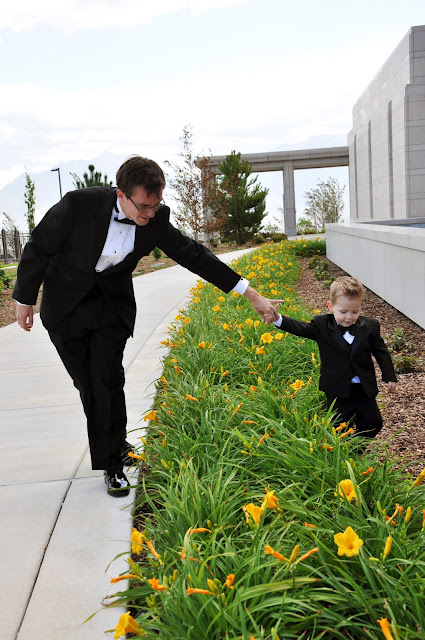 I mean, who wouldn’t? 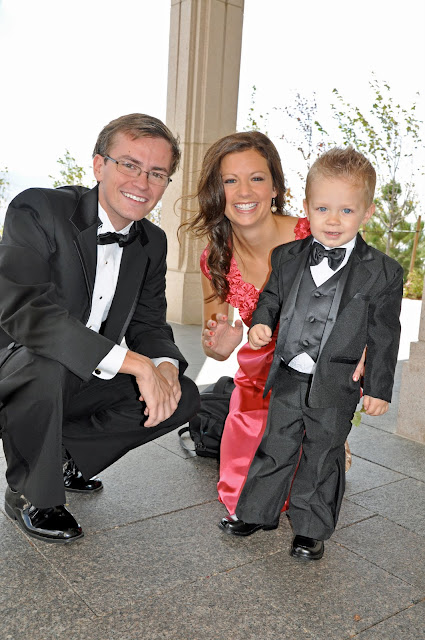 We had to get creative in our attempts to get our two and half year old to cooperate for pictures. We used a lot of Skittles for bribery and took many breaks to let him run around. Troy and Uncle Craig also swung him ridiculously high in the air which of course he begged to do over and over. 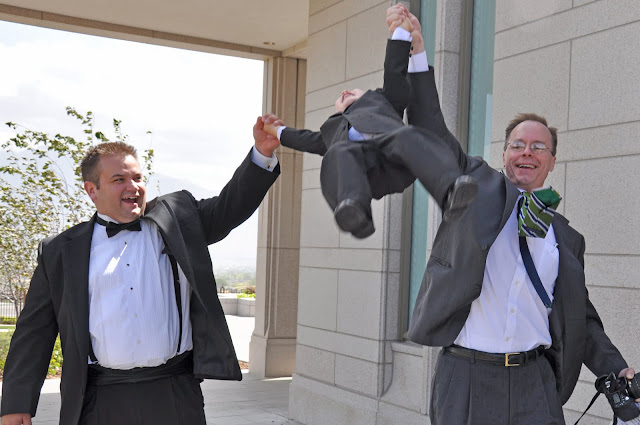 My brother Jorden was the videographer for the event. I’m always amazed by his skills. 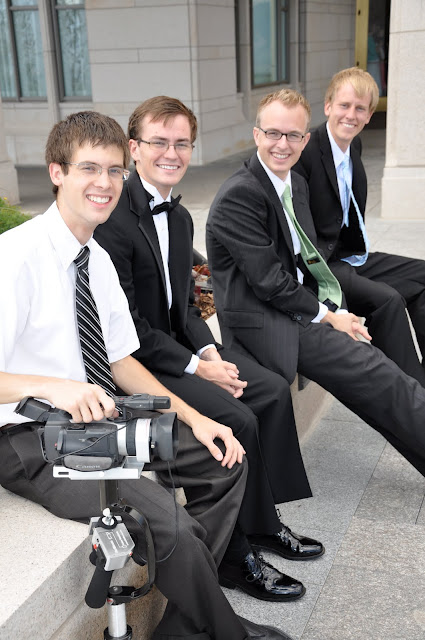 Jorden called me yesterday morning to tell me that he was spontaneously throwing together some clips of the boys that he shot at the temple. He was so sweet to take the time to go through his hours and hours of footage and pull these out while going to school full time, working several jobs, and capturing and editing videos for three other couples. What a fun surprise!
I’ll save the reception shots for another day. And boy oh boy is there a story to go along with that chaotic event.
Congratulations, Jacob and Tricia! 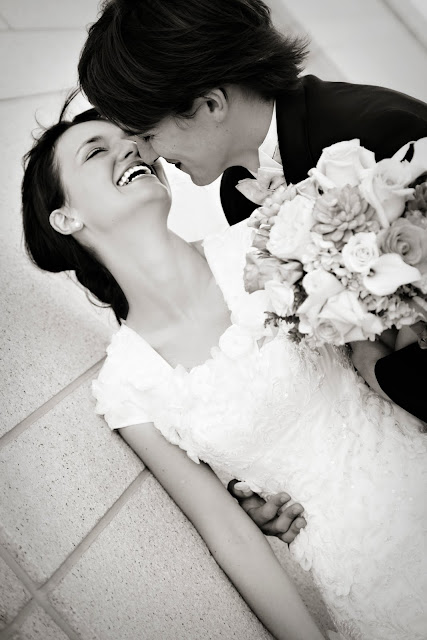