Skip to content
Sometimes it seems like all of the milestones come at once. It’s as if someone pressed the fast-forward button on Nash’s life. Our cheerful little boy cut his first tooth around the same time he began sitting up by himself for extended periods of time. He also learned his own modified version of crawling. I wouldn’t really label it as an army crawl; if anything it is more inchworm-like. He scoots his knees in towards his body which in turn catapult him forward with the momentum. It is funny to watch, but it sure gets him where he needs to go.
While on an evening walk with the boys the other night, I just couldn’t resist the amazing light I found on a hill in our neighborhood. And I can never resist my cooperative poser…with his one adorable tooth. 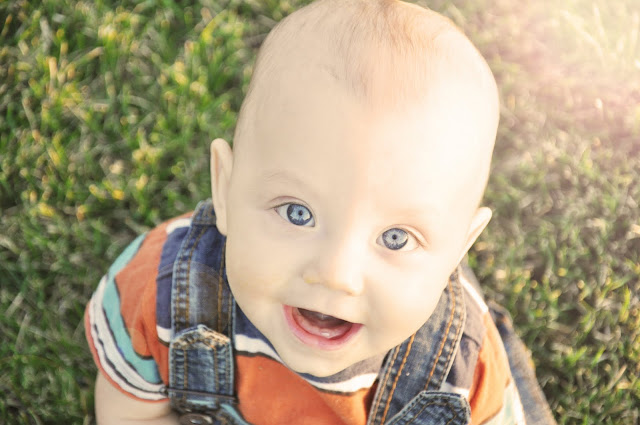 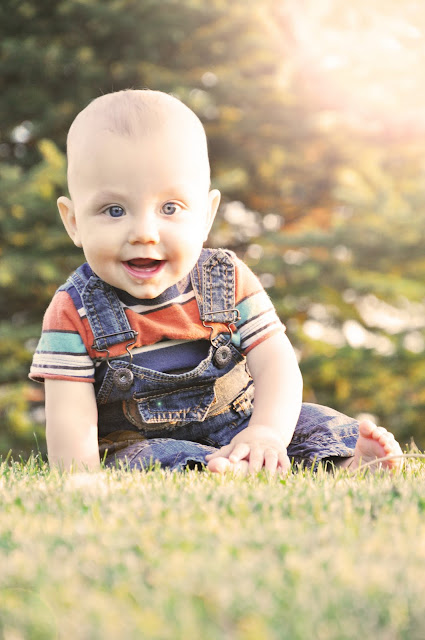 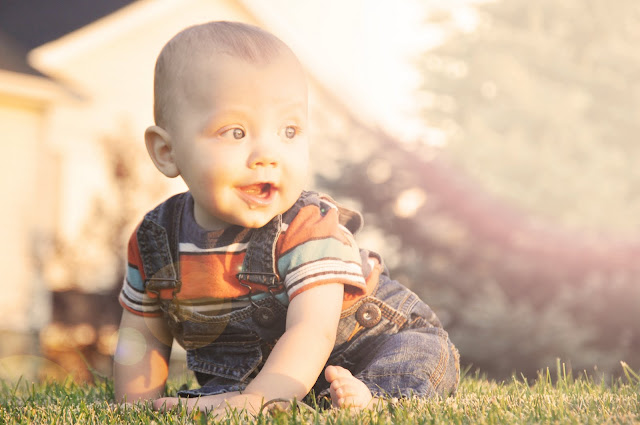 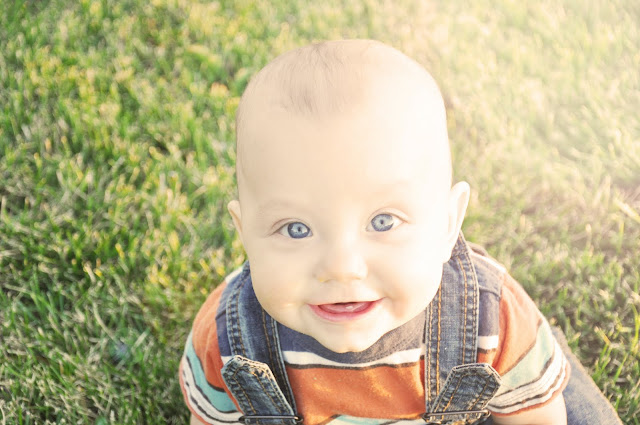 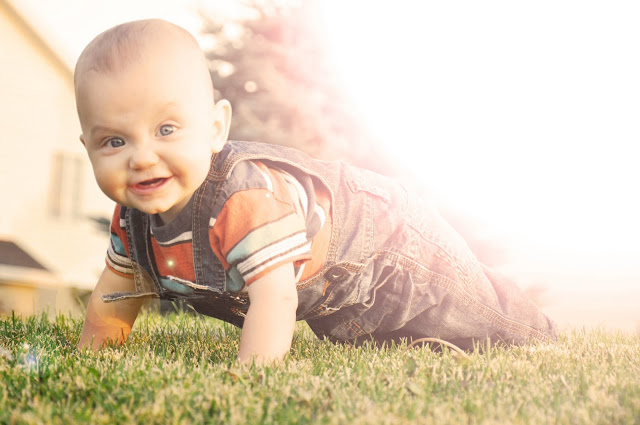 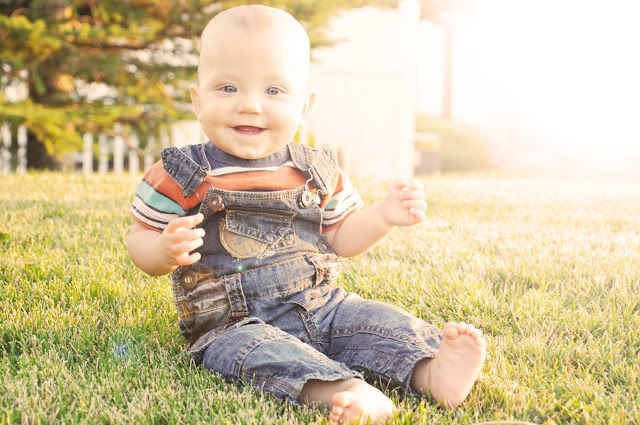 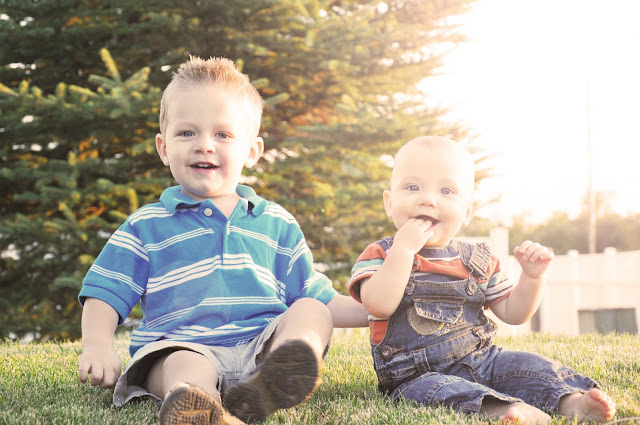