Skip to content
The whole state of Utah basically shut down last night because of a blizzard warning. I had no idea how big the storm was going to be until I got a call that the whole school district was shutting down and my yoga class was going to be cancelled. Universities were shut down, businesses closed early, and employees everywhere were sent home in the mid-afternoon to avoid white out conditions during their commutes.
What made all the blizzard hype even more scary was that my parents were en route from Arizona. Thankfully they left early enough in the morning that they beat most of the storm. The conditions only worsened in their last little stretch and they were safely tucked inside our house before the snow really started coming down.
Troy went out after a couple of hours to shovel the eight inches or so of snow that had already accumulated. He wanted to clear at least some of it before his early morning commute. 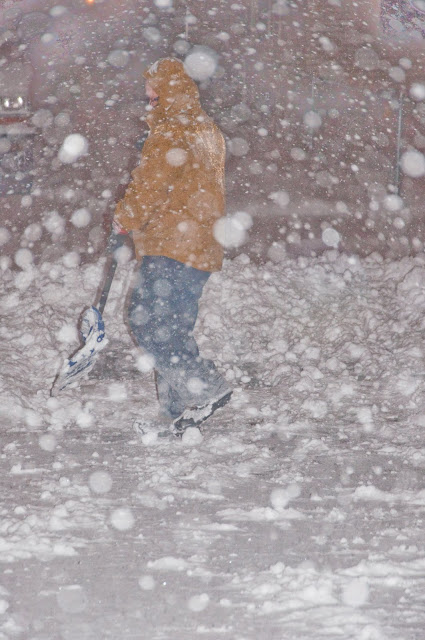 And once Troy was outside in the winter wonderland, somebody else immediately wanted to join him… 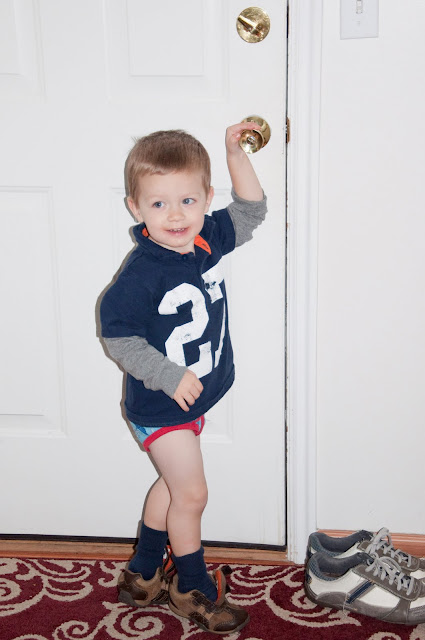 Yes, Blake put on his socks and shoes and tried to sneak outside with no pants on. He was devastated when I informed him that his underwear-only fashion wouldn’t quite cut the harsh blizzard.