Skip to content
When we visit Arizona, we don’t necessarily go out of the house much or fill our days with typical vacation outings. There are still naps and meals and routines and boys to take care of. Long gone are the days of sitting out by the pool all day long. But when it is January, it is just so nice to have the option to go outside instead of being cooped up in the house.
While our visits to the desert may not be the same as vacations we took before we had children, they are pure bliss to me now. Because of grandparents who are so eager to entertain the boys, I get to do things that I don’t usually squeeze in. I went to a few yoga classes at (in my opinion) the best studio ever. I visited with one of my best friends. Every afternoon when the boys’ naps overlapped, I sat out in the sun and made my way through a photography book I’ve been dying to read. Instead of cooking meals, I got down on the floor and built towers with Nash while Blake serenaded us on the piano. I worked on Nash’s scrapbook in the evenings instead of doing household chores. It was a perfect escape from reality.
The boys enjoyed activities that they don’t usually get to do this time of year as well.
They filled buckets with rocks. There isn’t a lot of grass filling yards in the desert. Did they care? Nope. 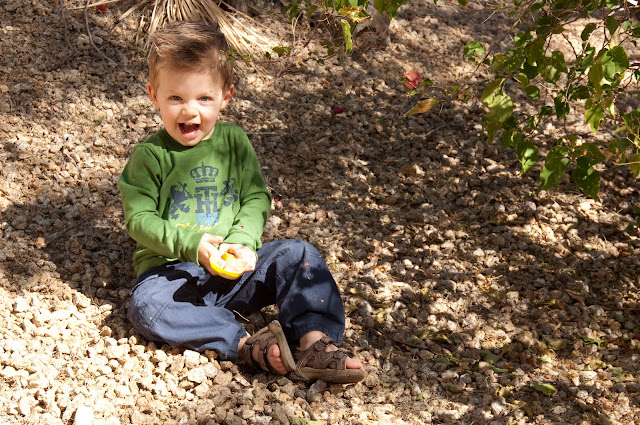 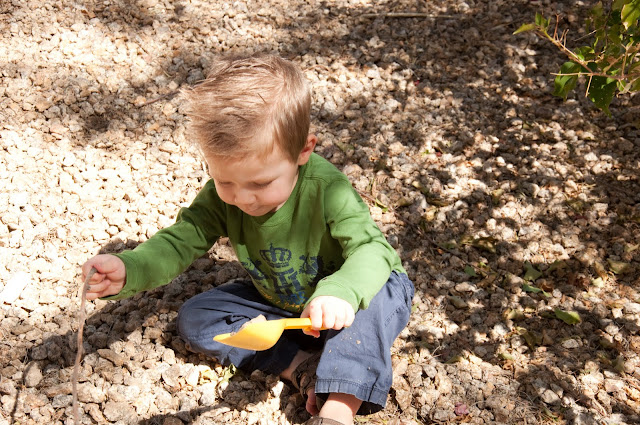 Did Nash try to eat the rocks? Yep. 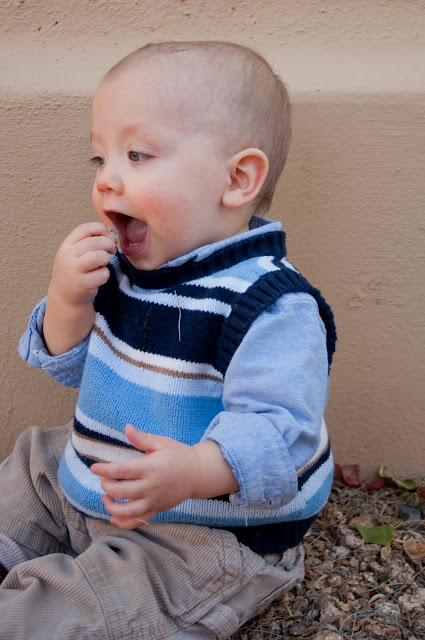 We went to the park almost every day. 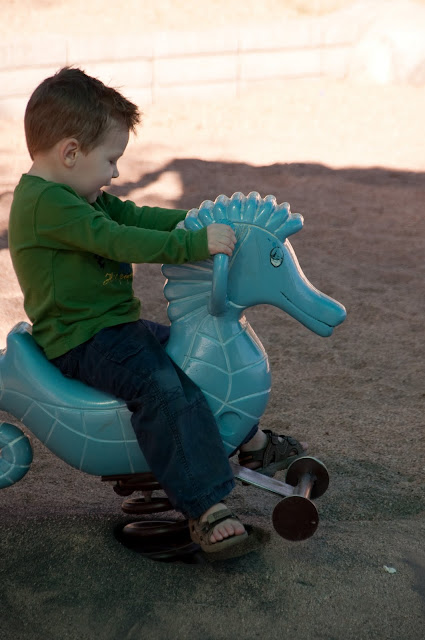 We took a bike ride. 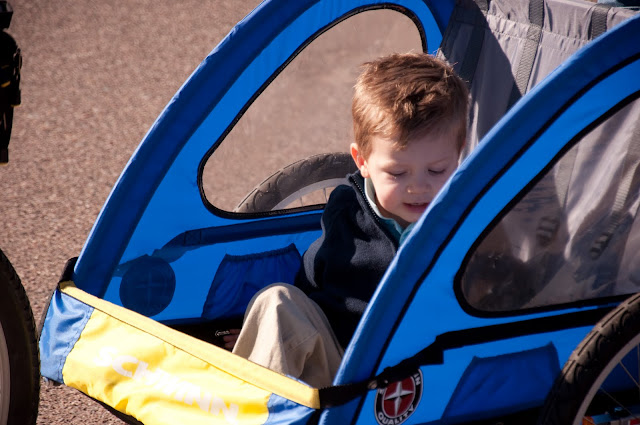 And when I say “we,” I mean my dad pulled Blake in the cart while I lagged behind because my ears were ringing from the cold rushing wind. It’s Arizona, but it’s not that warm early in the morning in January. I concocted makeshift ear muffs from my cardigan. 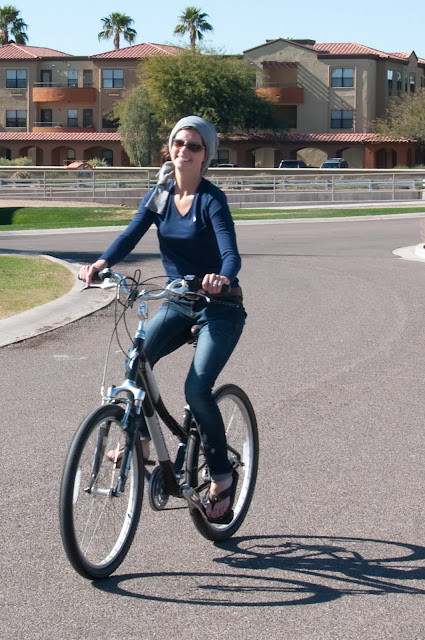 Blake fed the ducks with Grandpa. 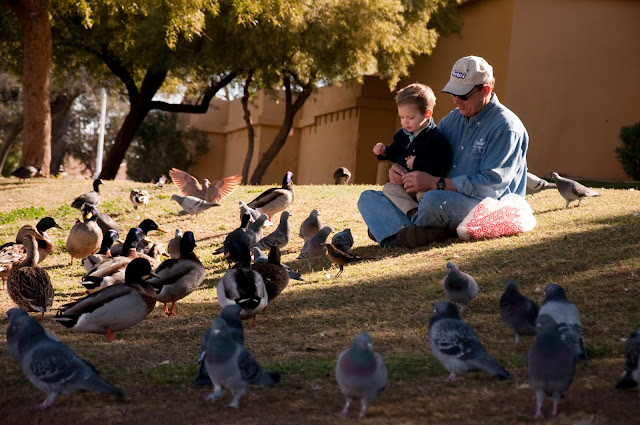 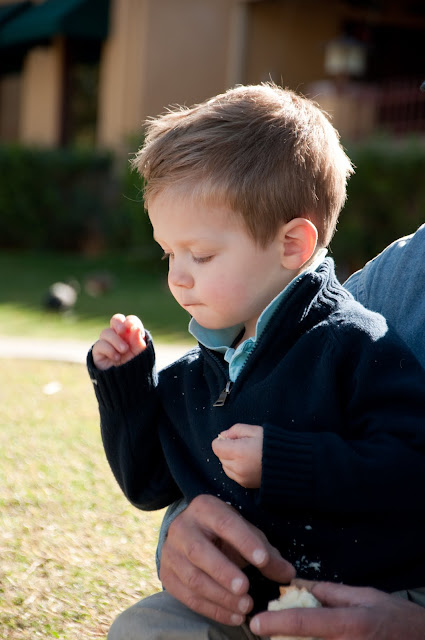 The biggest highlight of all was going in the pool. Splashing around never gets old for these two. 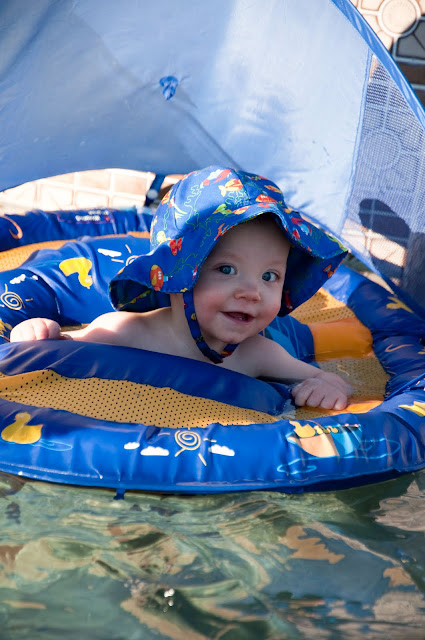 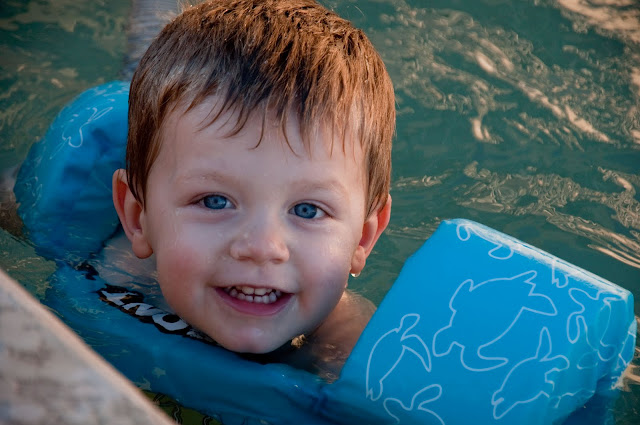 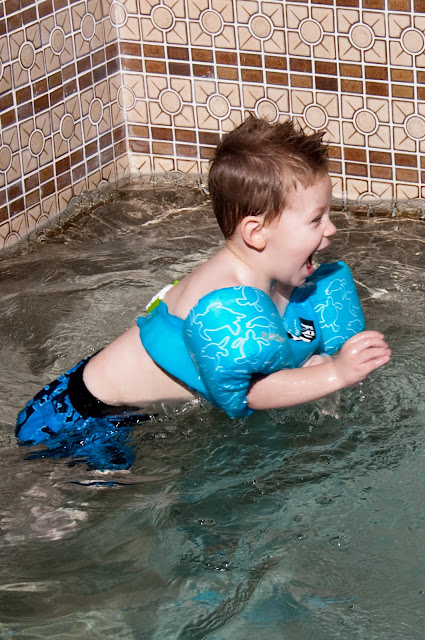 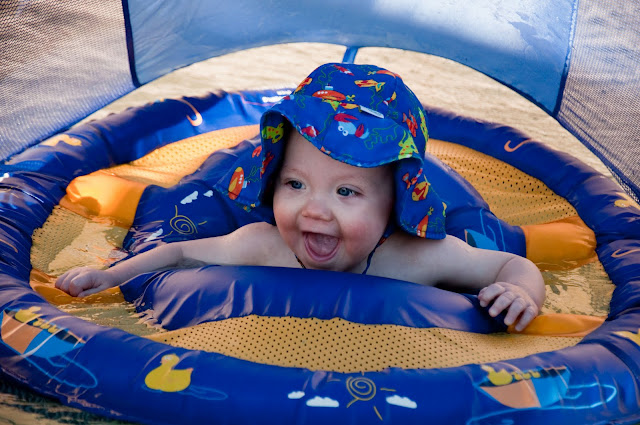 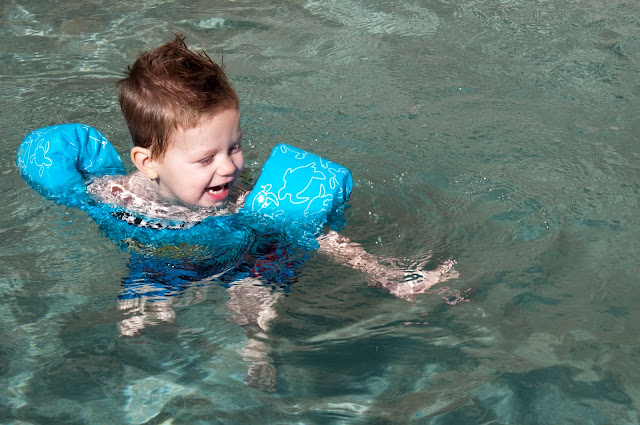 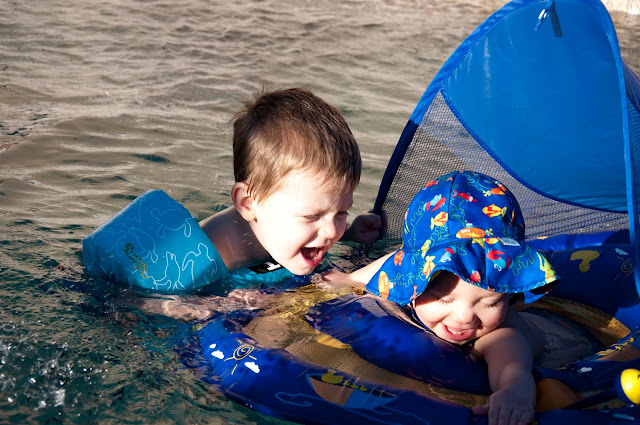 Our getaway just wasn’t long enough. Reality hit hard when I flew back home to the snow, alone with the boys. It was worth it to stay a few days longer than Troy did, but I am not eager to fly solo any time soon. It could have been worse I suppose, but with Nash practicing his nonstop blood curdling scream (he found his voice a few days ago), we had a few too many dirty looks sent our way. Thank goodness we only had to plug our ears for an hour and fifteen minutes.
Our little paradise was fun while it lasted. I was in desperate need of some R&R. I feel like I’ve been going nonstop since the beginning of December. Now I feel rejuvenated and ready to tackle the growing number of projects on my to-do list. Busy-mode is definitely my comfort zone; it’s just nice to take a break from the chaos every once and a while.