Skip to content
When I was pregnant with my second child, I worried how we would make room for him.
I worried that he’d interfere with the little life we had built with our first son. It almost felt as if we were betraying Blake.
In fact, when I went in to the hospital for Nash’s birth, my biggest worry was Blake. Would he be okay without us? Would he be confused by this new person in the house? How would he react to seeing me in the hospital? How would he feel about his new baby brother? How could we make sure he still felt really, truly loved while we were tending to the endless needs of a newborn?
I never thought that what would actually happen was that I would sometimes feel bitter towards Blake for not allowing me to be the kind of mother to Nash that I was to him.
When it was “just Blake,” I would plop myself down on the floor and spend time with him, one-on-one, uninterrupted. We’d play ball, we’d read books, we’d laugh and tickle and sing and play.
When it was “just Blake,” bath time was unhurried, fun, and even educational. I would play games with him, pop bubbles, and narrate everything that I was doing (just as the parenting books told me I should).
When it was “just Blake,” meal times were calm and simple and organized. I’d prepare healthy meals for him, with lots of variety, and I’d take the time to feed him (or help him feed himself).
When it was “just Blake,” time in the car was quality time. I would talk to him, responding to his coos and gurgles at first, then his words, and eventually reiterate his well-developed sentences.
Now, I am bombarded by the squeals of two very happy boys. They both want to play with Mama. They both want attention. And inevitably, Blake wins. He is bigger. He is louder. He is demanding. So when I plop down on the floor to play, it is usually Blake that commandeers the whole thing. He is the one who dictates what game we play. Nash just ends up following along.
Bath time now usually consists of trying to keep Nash off of “Blake’s side” of the bathtub, and trying to get the baby done and out of there as quickly as possible so a war does not break out over the toys floating around.
Meals now are whatever we can scrounge together, and Nash is often on his own, which means that more of the spaghetti ends up in his lap than in his mouth.
And car rides are now spent listening to Blake’s opinions about every location we pass and his memories associated with each place. Nash either sits quietly listening or shrieks repeatedly, trying to get his share of the attention.
When it was “just Blake,” he didn’t have to share me. He had me all to himself.
All the time.
Nash has to share me.
All the time.
Granted, Nash doesn’t seem to mind. He seems happy just to be with us, hanging out, being included. He’s so easy-going, so easily pleased, that it makes me feel even worse. 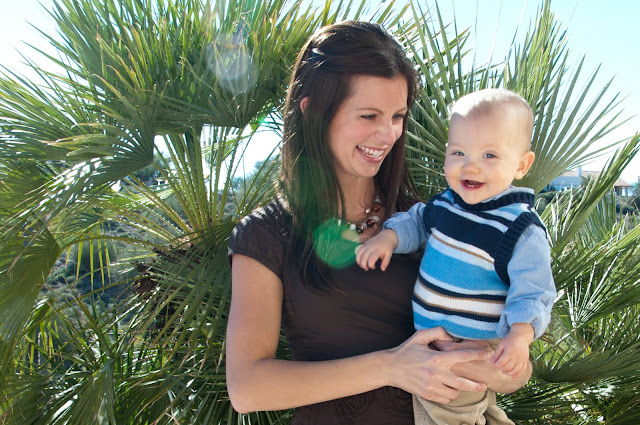 There is almost never undivided attention for “just him.” Sometimes, in fact, I feel like there is nothing that is Just His.
All of Nash’s belongings have been hand-me-downs from Blake. Car Seat. Highchair. Stroller. Clothing. Shoes. Toys. Play Mats. Bibs. Sippy Cups. There has been nothing of great importance that I can say has been all his own, just for Nash. This week, I finally started putting together a scrapbook for Nash. I figured that since his first birthday is next week, I should probably get one started considering that Blake’s baby book was already overflowing when he was this age. I printed Nash’s pictures and they filled up about 25 pages. Out of curiosity, I counted the pages in Blake’s baby book. Not surprisingly, Blake’s book contained double the amount of pages. Troy thought that sounded about right, and that our next child would probably only have about 10 pages worth of documentation.
I know that with each successive child, there is less and less Mama to go around. But it doesn’t make me feel any better. Because my heart is just as full of love for Nash as it is for Blake, regardless of how much stuff, documentation, or undivided attention I give to him. 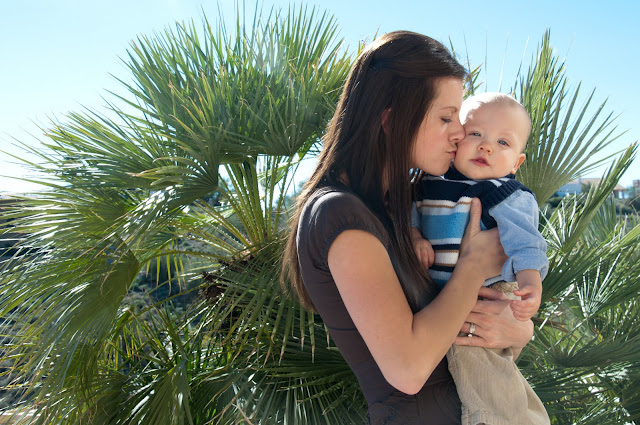 I realize that there are pros and cons to everything. I realize that, sometimes, by giving your first child your undivided attention, he can grow up to be more difficult and high maintenance. I know that second (or third or fourth) babies can grow up to be more resilient, more easy-going, and tougher. They can learn to make the best of what is available to them. I see that already in Nash. And I wonder often if this is all actually good for him. 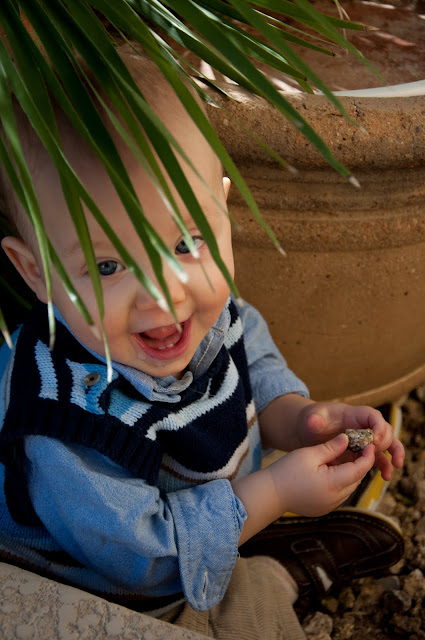 But it still frustrates and saddens me that by being the second child, Nash often gets a hurried, exhausted, multi-tasking mother; another hand-me-down. 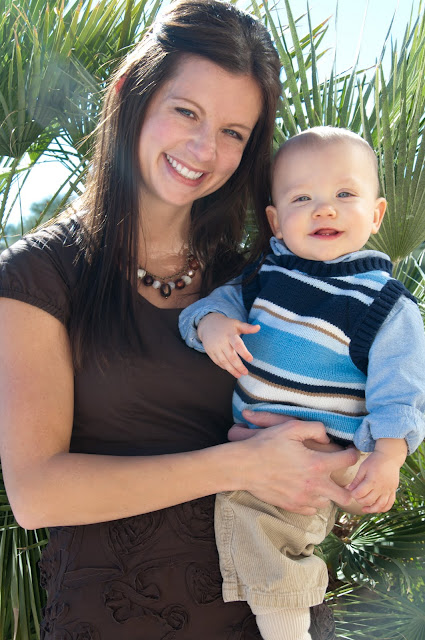