Skip to content
I have been on major organization overhaul around here. I have been so antsy to get re-organized and re-vamp and start anew. It feels so good to put away the Christmas decorations and get rid of things and clean out closets and de-junk. Everyone says that things look dreary and empty after the holiday decorations get put away but it is my absolute favorite. I love how clean and uncluttered everything looks.

I’m not ashamed to admit that I get my jollies out of organization. Much to my husband’s (and children’s) dismay, being organized has kept my sanity in tact. I kind of live by the mantra that “there is a place for everything and everything has its place.” But December (and 2010 in general) was such a whirlwind that all the “stuff” seemed to multiply faster than I could sweep it away!

I still have barely made a dent in my January to-do list, but I’m taking a break to document the rest of the holidays before they race further into the past.
Troy took the week off work in between Christmas and New Years because he had some extra vacation days that he was going to lose if he didn’t use them before the end of the year.
We spent the week at the Tanners’ cabin and basically stayed home bound most of the time. We were completely snowed in one day, and on the day that Troy and others were going to go skiing, the temperature was -10°F and the wind chill was ridiculous. So, staying indoors seemed like a more desirable option. We played games and baked goodies and watched movies. It was a pretty low-key week for all of us.
However, for Blake, it was one of the best weeks of his life.
He’s used to the same hum-drum of every day life at home with me. So, with the combination of new toys from Santa, aunts and uncles galore to play with, and activities that were different than the norm, it was a pretty spectacular week for him (discounting the fact that apparently he forgot that he was potty trained).
We never got to the gingerbread house (or train should I say) before Christmas this year. So, we tackled the project a few days after Christmas. We cheated and used the pre-made kit this time around, but it was a million times easier and Blake didn’t care either way. 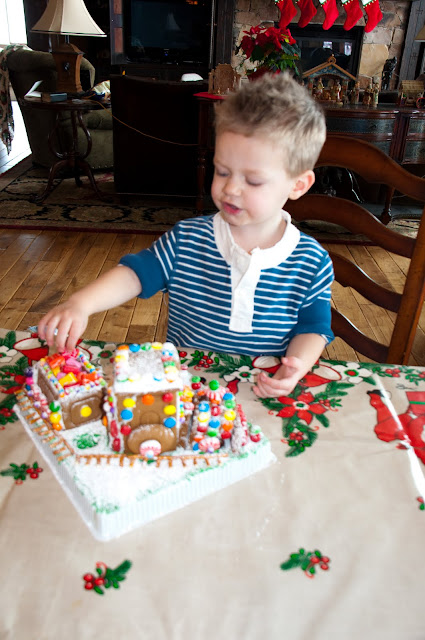 Going in the jacuzzi was one of the biggest highlights for Blake. Words can’t even describe how excited he was beforehand, during, and after the hot tub experience. He ran around the cabin at top speed telling everyone to get their swimsuits on when I suggested the idea. Once he was inside the water, he could barely sit still because he was so amused with the waterfall and jets and swimming from person to person. And afterwards, he must have mentioned that he was grateful for the hot tub four times in his prayer that night. I think it’s safe to say it was a hit. 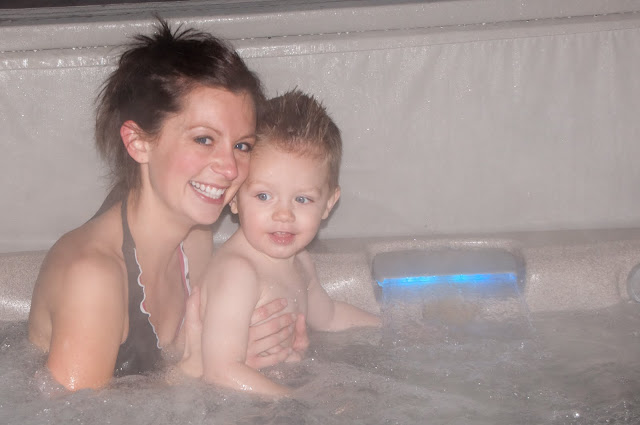 Remember those aunts and uncles galore I mentioned? Man alive it was refreshing for Blake to have some new people to interact with. 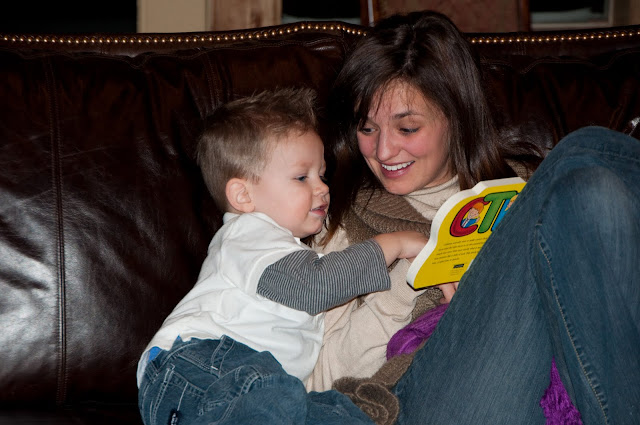 We did make it out of the cabin for one outing. We all went bowling which was a first for the boys. 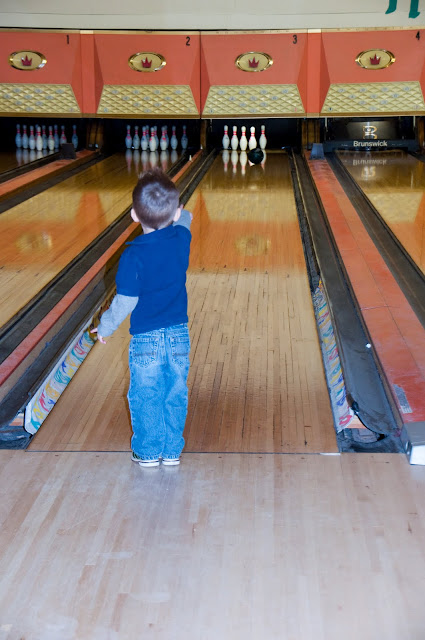 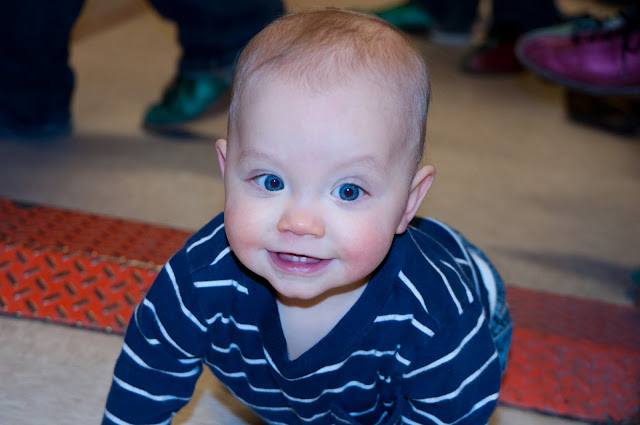 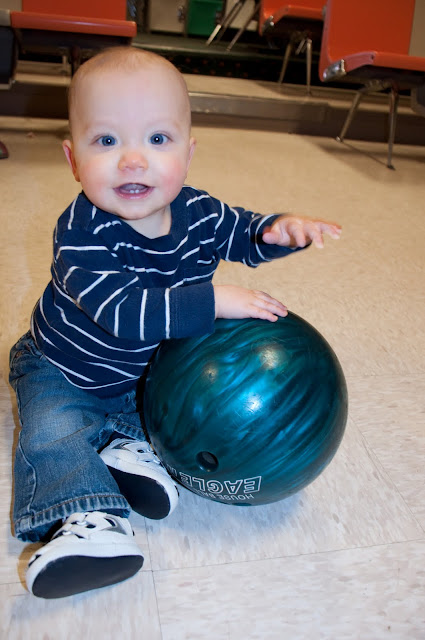 Bowling was another hit with the three year old. 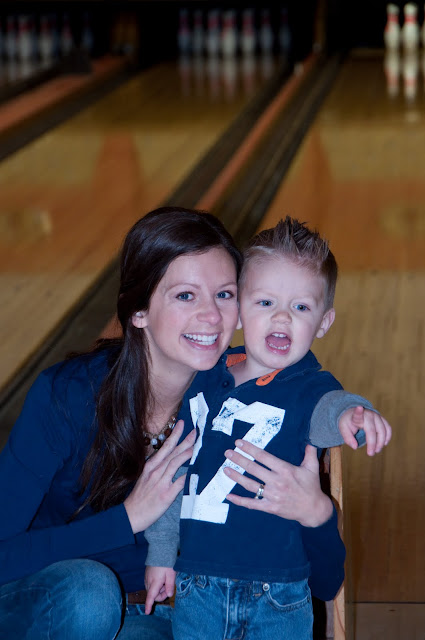