Skip to content
Ironically, the day that we had all planned on getting out of the cabin for various activities, we woke up to this: 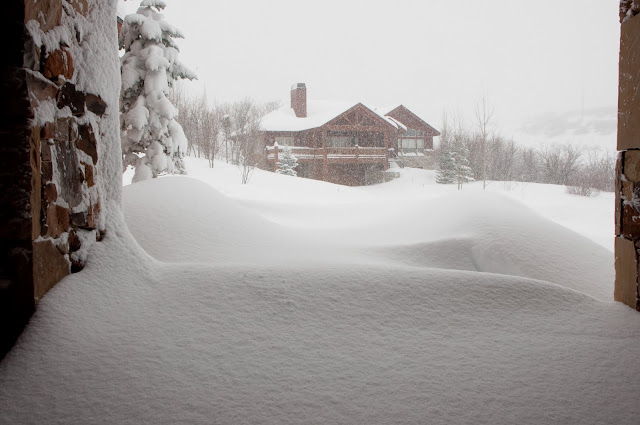 There was no way we were getting out. The snow plow didn’t even come until the early evening because the freeway was shut down all day. 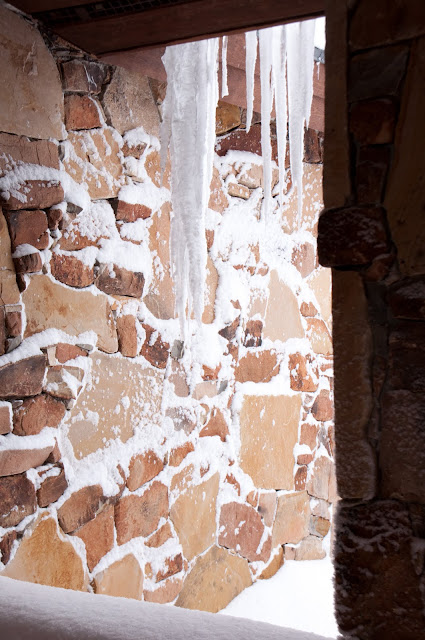 I love the way the snow even stuck to the icicles and the stones lining the garage.

I am not the hugest fan of snow and voluntarily participating in activities that cause coldness, but who could resist the opportunity to play in this much snow? I am still in disbelief at how much snow there was. 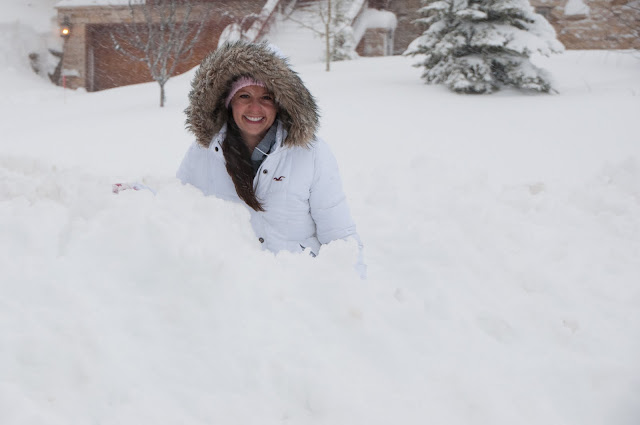 The boys shoveled out a few paths for us to trudge through. 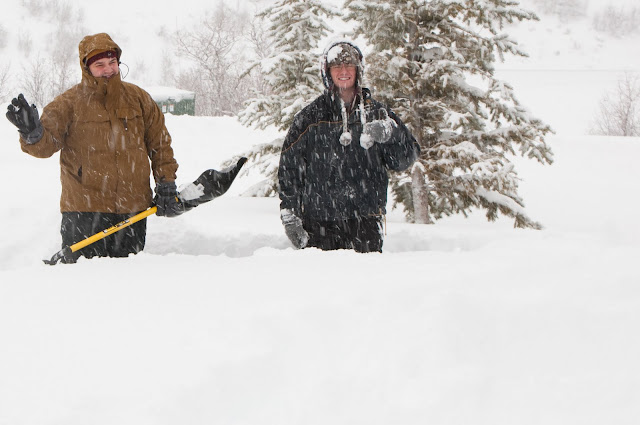 And Blake was pretty much on cloud nine when Jacob dug him a tunnel to crawl in. 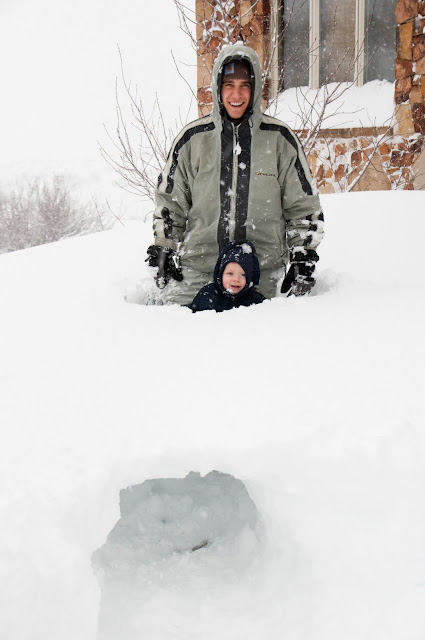 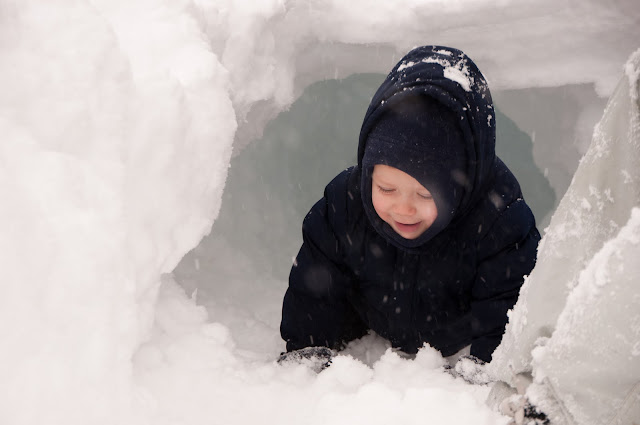 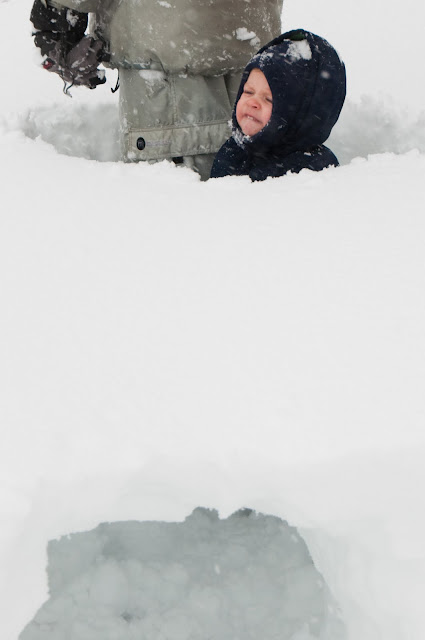 We bundled up Nash as well so that he could have his first real blizzard experience. 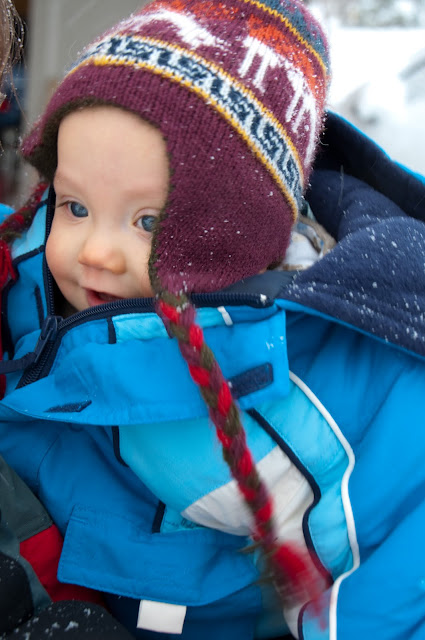 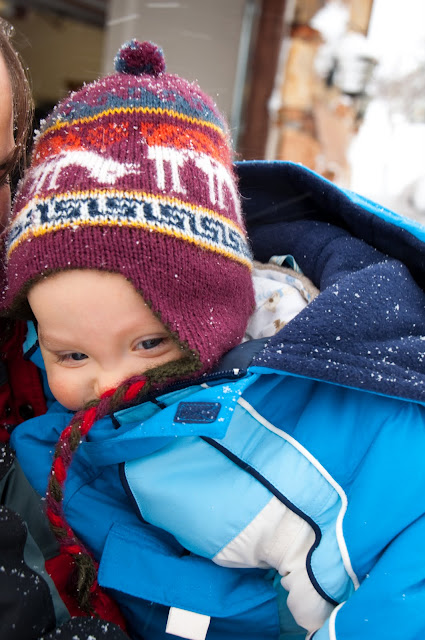 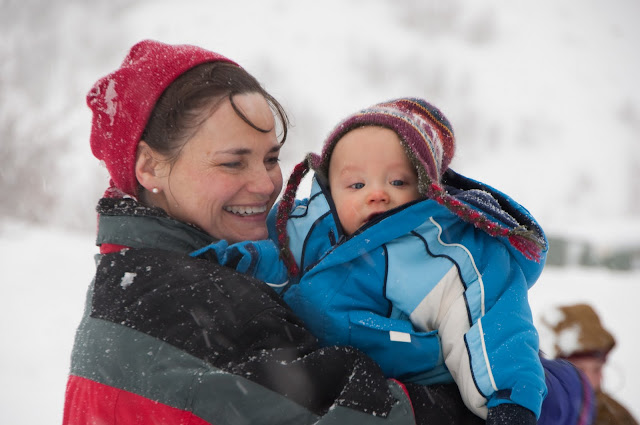 It was short lived. It turned out that being wrapped up in pounds of too-big snow gear and being hit constantly in the face with snowflakes didn’t make him the happiest. 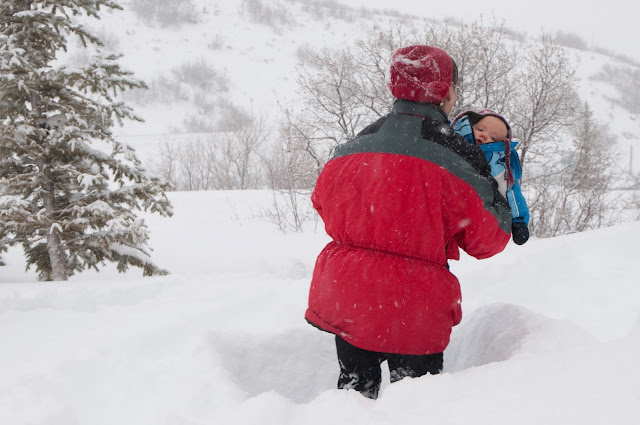 Until the guys dug him a hole to sit in. 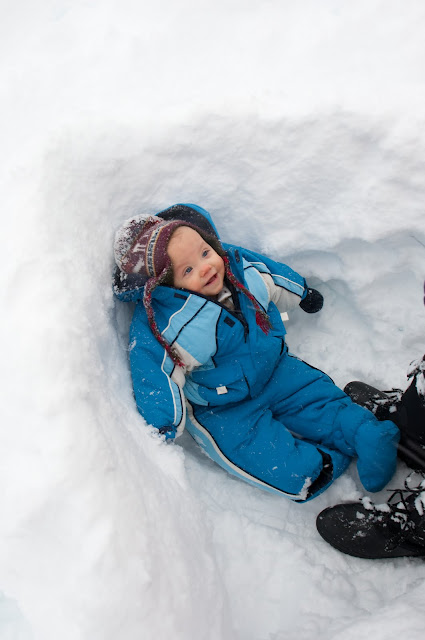 Then he was all smiles. 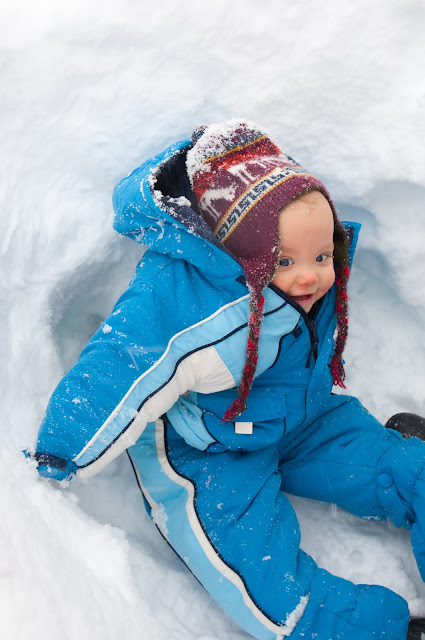 Playing in the snow was right up there for Blake with going in the jacuzzi. 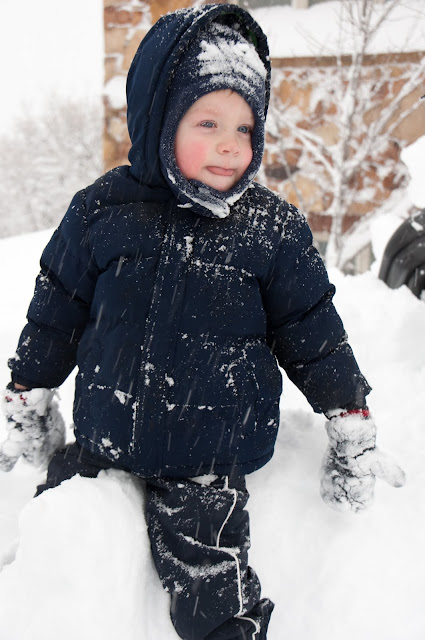 Except when he face-planted right into it. 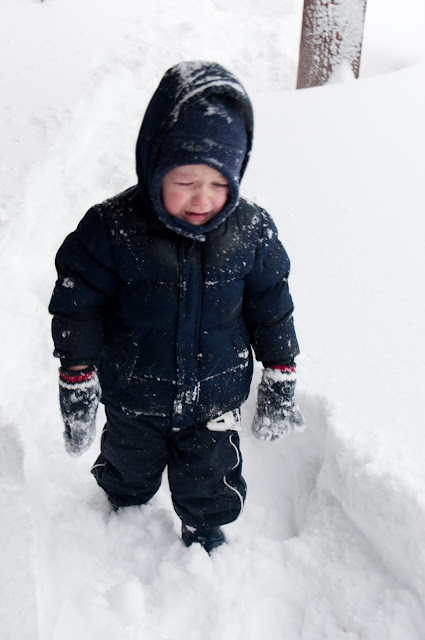 It was nothing a little ride on the sled chariot couldn’t fix. 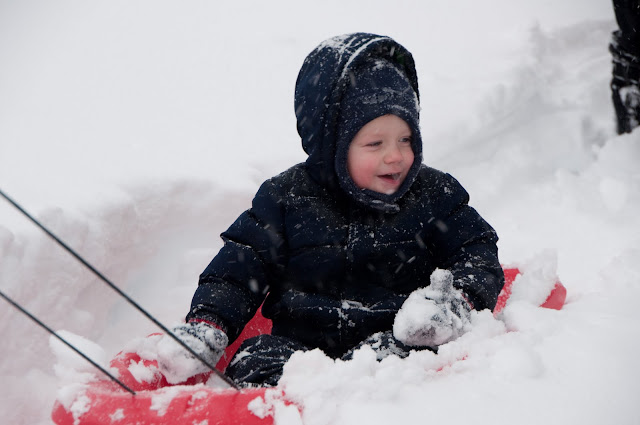 We found the perfect size hill in the backyard to dig out a sledding path. 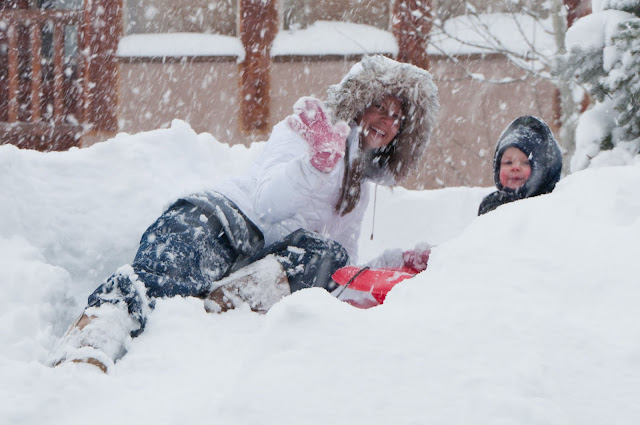 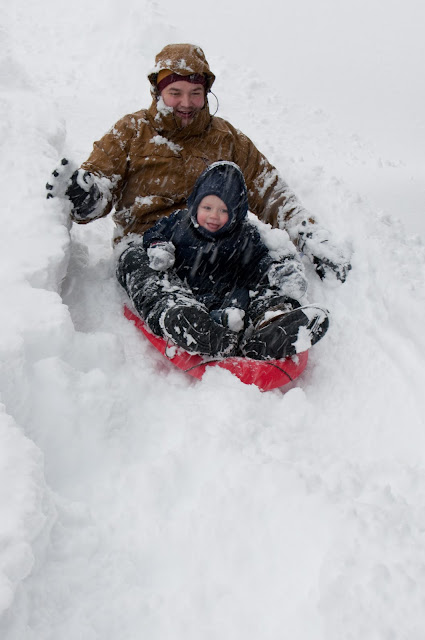