Skip to content
After months of trying to take Blake’s beloved raggedy “nie-night” away from him, we finally succeeded. 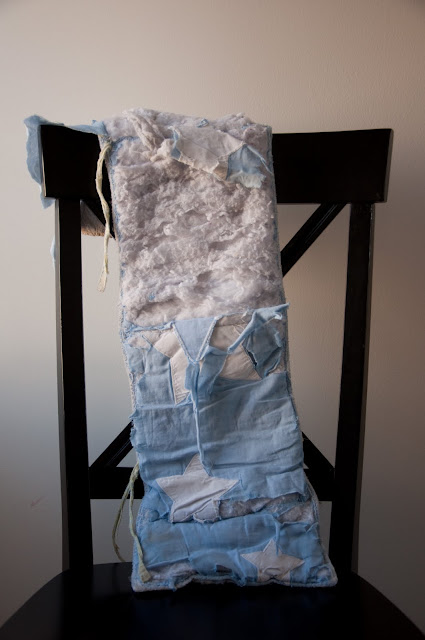 Even though his lovey was falling apart so much that I could barely wash it anymore without half of the batting falling out, I have to admit that I became a little sentimental when we officially put it to the grave. I mean, the nie-night has practically been my third child over the last three years.
It has traveled across the country with us. It has been the constant sleeping cue that Blake holds while sucking his thumb, luring him off to sleep. It has all of the original love marks; the shredded corners where he ground his teeth along the fabric, the remains of strings that were ripped off from being jammed in the crevices of his crib, the rows and rows of stitching in attempt to fix the ripping seams before they became unsalvageable, and the worn out, hole-filled fabric that resulted from Blake lifting up his pajama top and laying his bare belly on top of his nie-night while he slept. 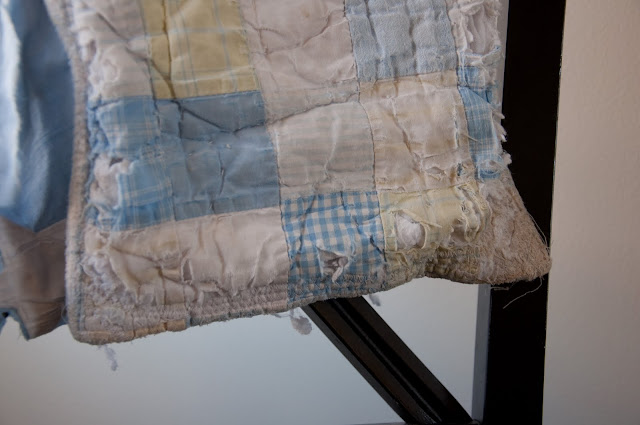 Blake thinks that we left his nie-night at his grandparents’ house in Arizona last month, but I keep the original article safely hidden on the top shelf of my closet for sentimental reasons.
However, there was no way he could have given up his comfort item altogether.
The thing about using a section of a bumper pad for a lovey is that when one piece gets completely worn out, there is still plenty more mint condition fabric available for replacement. Blake now has a sub-par lovey that fills him with almost as much joy. He calls it his “new nasty nie-night” (we may have called his old nie-night “nasty” a time or two). Maybe we’ll be able to yank this one from existence before it shreds into a million pieces. 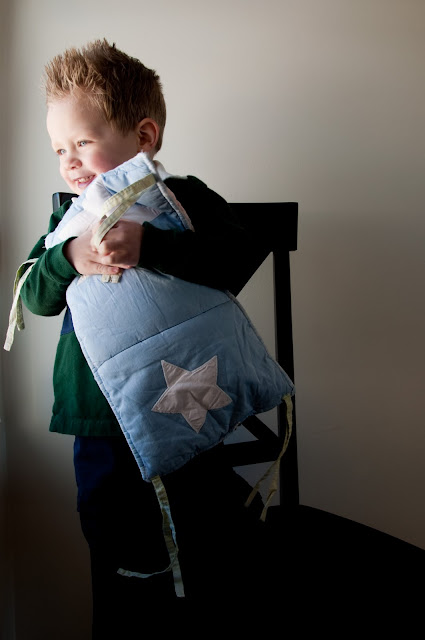 I think I’m with Blake though. The replacement isn’t quite as great as the original. Even though the genuine article was beyond functionality and I cringed when others saw it, somehow it symbolized his babyhood. The new nie-night just means that he is one step closer to growing up.