Skip to content
My favorite part of Easter weekend was our after party. My parents were in town to join us for our celebrations and things got pretty exciting after we put the boys to bed.
It began when we were sitting around the dining room table emptying out plastic eggs full of candy. We were also dividing up dollar bills from the adult egg hunt that we insist on doing year after year. Maybe when we hit 30 or so, our parents will stop that tradition, but until then, we still give them puppy dog eyes when they suggest taking the competitive adult egg hunt away.
Dividing up the cash led to some pretty riveting musical renditions. Every time someone was asked what was in the egg they were opening, if they responded “cash,” it naturally led to reciting the full version of “cash for the merchandise, cash for the button hooks” from The Music Man (Rock Island lyrics here). The guys collectively came up with all of the lyrics from that fast paced song and we were rolling with laughter every time it was started. It was probably one of those things where you had to be there, but I can’t remember the last time I laughed so hard.
Somehow all of that that riling up led to the cup challenge. My brother challenged us to bend over and grab a cup off of the floor with our teeth. The tricky part was that we had to balance on one foot and our hands could not touch the ground. He kept decreasing the height of the cup to make it even more challenging.
We were rolling with laughter once again as we fell on our heads while attempting the task, except for my dad who was falling asleep in the background, and Troy, who conveniently was upstairs packing for his trip to New York to avoid our giddiness. 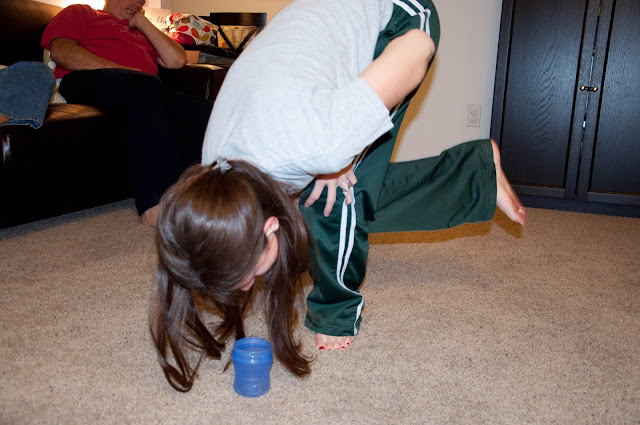 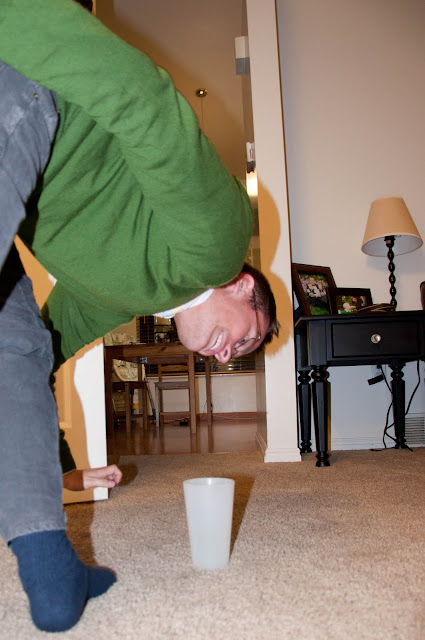 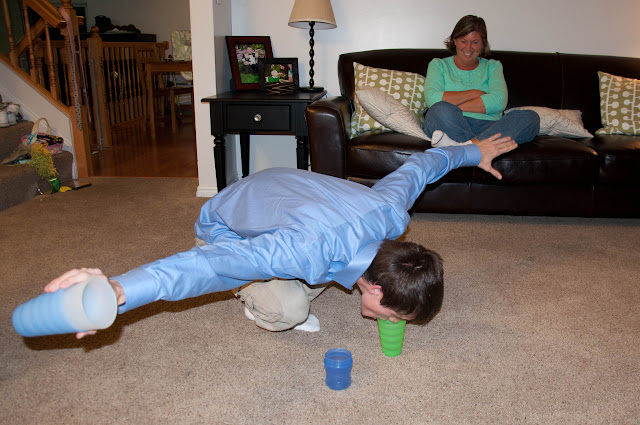 Since we already had the cups out, we had to play the cup game, of course. You know, the one where you tap the beat and pass the cup to the next person while increasing in speed. 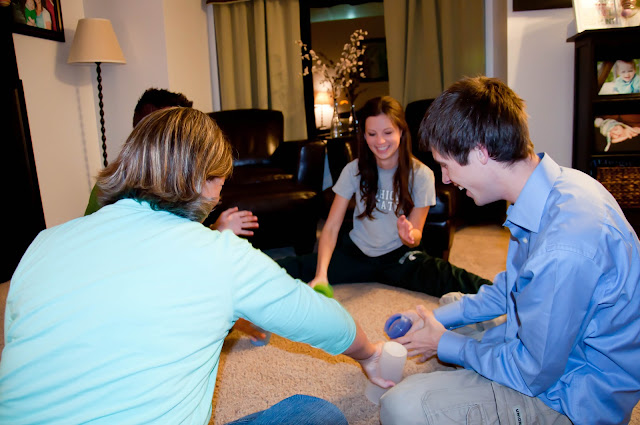 I’m sure that our shenanigans were much funnier because it was late and we were all so tired. Nevertheless, I felt so blessed to have family surrounding us. It has been a little lonelier lately without any extended family nearby, and I really appreciated those moments where tears were forming in my eyes from laughing so hard. 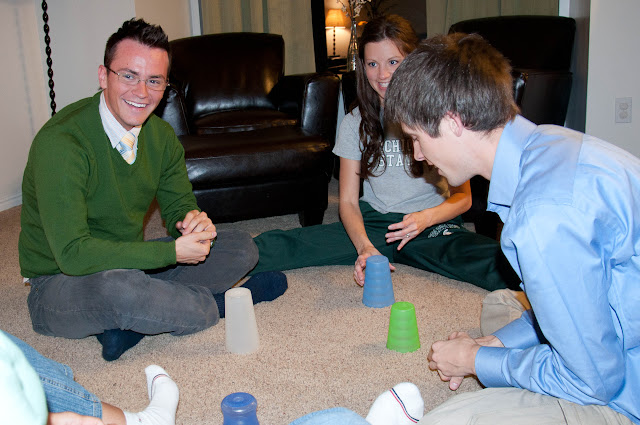