Skip to content
I have been thinking about the differences in Blake and Nash’s personalities. Even at three and one, I am already surprised at the roles they are each taking on.
I don’t like to label them. We have to be careful about calling Blake the cautious one and Nash the daring one. Because if they are labeled this early on (even if the labels are accurate), I worry that they will always attach themselves to those labels. If Blake is regularly labeled “hesitant,” maybe he won’t take on certain challenges or opportunities to be brave later in life.
But I am still amused by Blake and Nash’s stark differences even at their young ages.
My thought process was triggered over the weekend when we were all out in our backyard. Troy and I were on the hammock, trying to have a conversation. Blake repeatedly wedged himself in between the two of us, exclaiming things like “Mom, look at this,” “Look at me,” “Watch me throw the basketball,” “Can we snuggle?” “What time is it?”
Nash, on the other hand, was on the other side of the yard, happily entertaining himself by climbing in and out of his play car. He never glanced our way and seemed unfazed that Blake was hogging all of the attention.
Another example of personality differences was when Blake had a million opinions about our park outing. He insisted on wearing his rubber boots with shorts, told me which streets to take, and asked every step of the way what was next on the agenda. 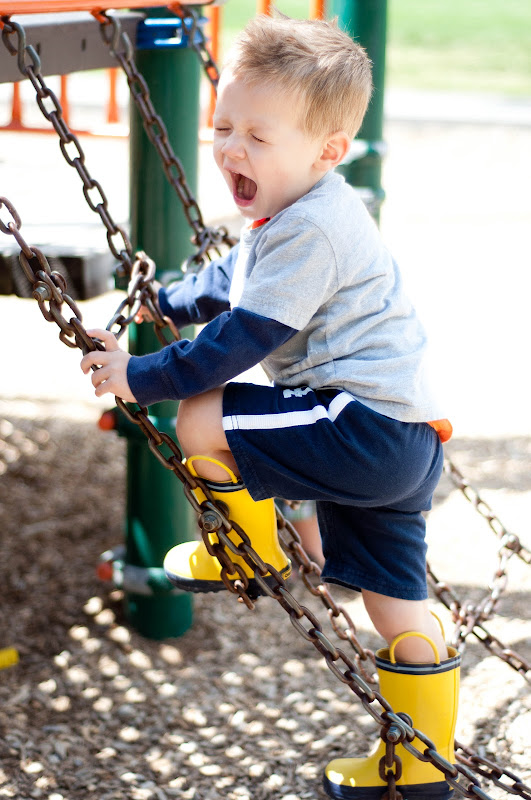 Nash, however, was just happy to be included in the outing. Obviously he has a disadvantage with his limited vocabulary, but he really demands very little from me. 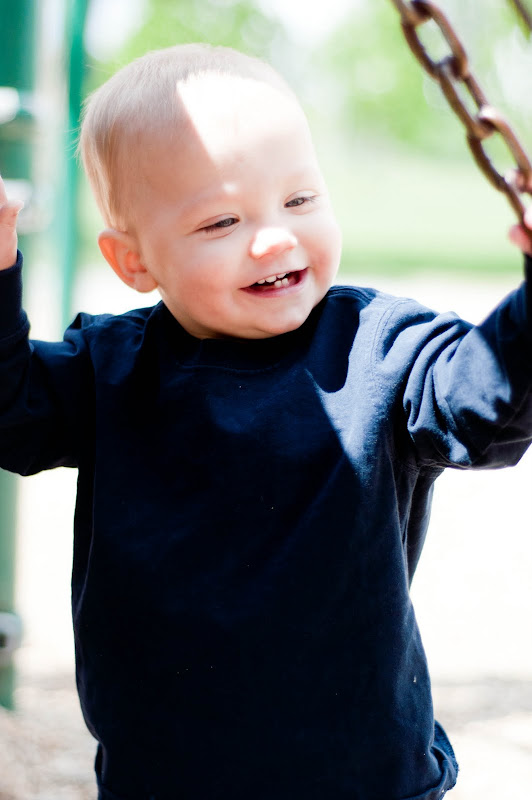 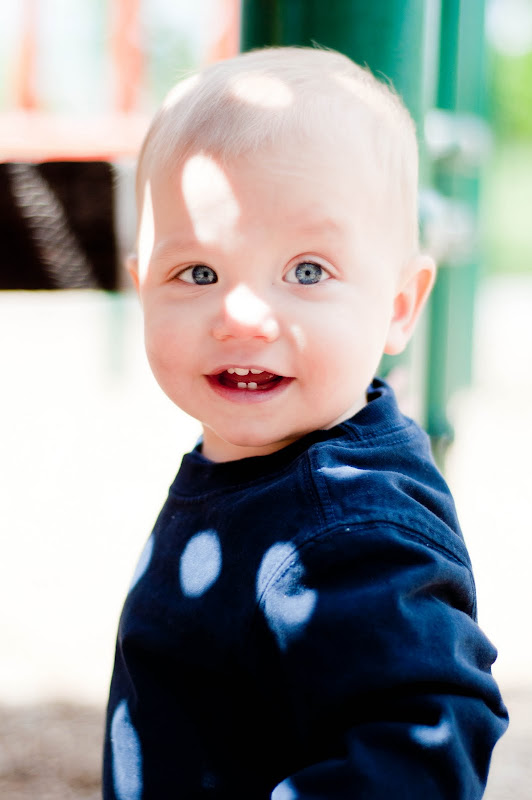 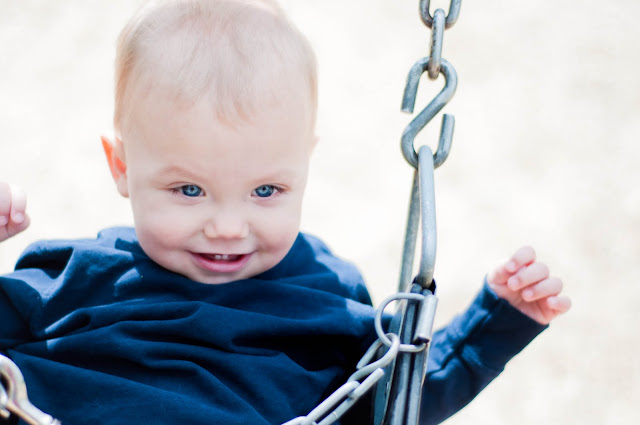 Blake ensured even more attention when he exhausted our supply of extra shorts and begged to wear one boot and one sandal on the walk back home. I didn’t even put up a fight since staying classy wasn’t really an option at that point. Nash never batted an eye at the number of times we were in and out of the bathroom, being pulled away from the fun playground. 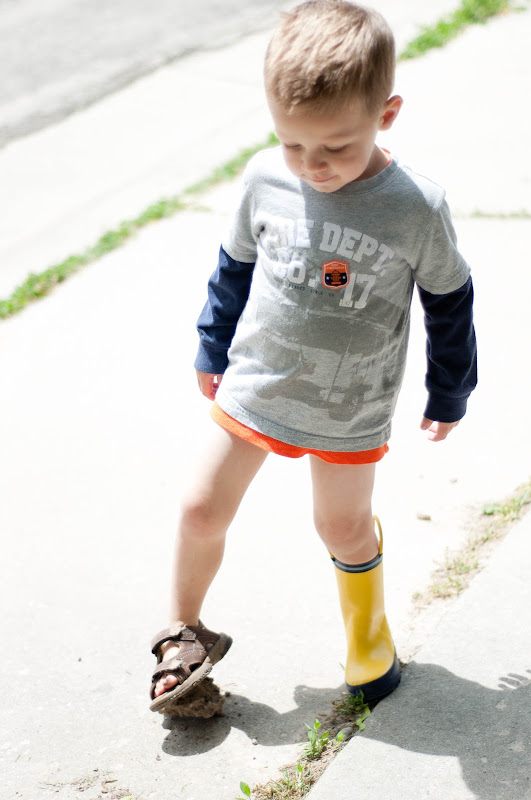 These types of situations are pretty commonplace. Blake demands attention while Nash is content in the background.
It makes me wonder; are their differences related to being the first child versus the second child? Is there a gap in parental attention because Blake can communicate more? Or do they simply have different needs because of their unique personalities?
Sidenote: There have been eight consecutive posts without these little faces. That has got to be some sort of record for me! Did you miss them (mom)? There will be plenty more coming.