Skip to content
We visited the zoo and Blake was terrified within the first five minutes of the new Zoorassic Park exhibit. There were life-like dinosaurs spread all over the park that moved, roared, snarled, and even spit water. We stood a tad too close to the first dinosaur display and Nash got nailed in the face with a stream of water. Nash seemed surprised but not upset. Blake, however, remained terrified for the rest of the day. He avoided walking near or even looking at the dinosaurs for fear that he was going to get attacked with water.
We did our best to distract him with things like throwing pennies into the fountain. 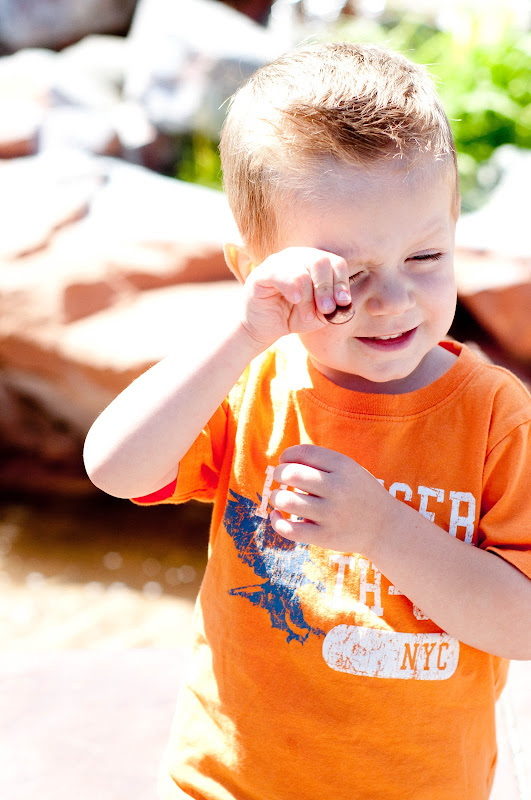 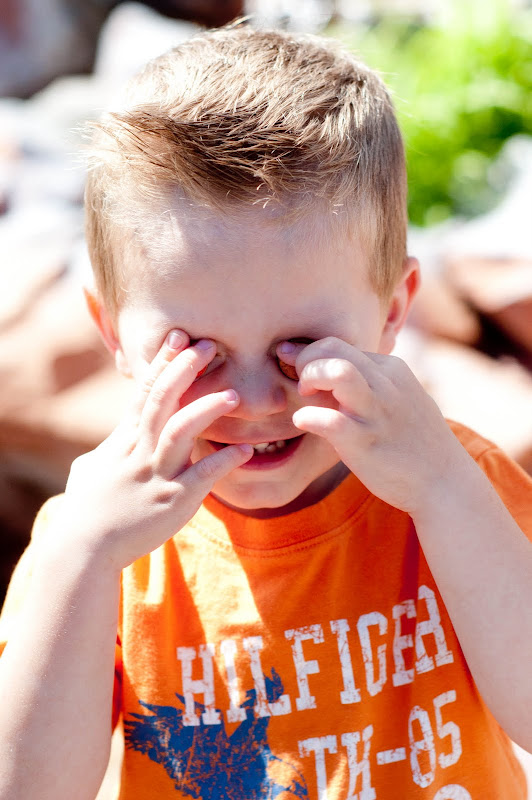 It helped that Blake’s grandparents could join us in our efforts to avoid dinosaurs. They have a six week break from their responsibilities in Hawaii and are soaking up every opportunity to spend time with their grandsons. 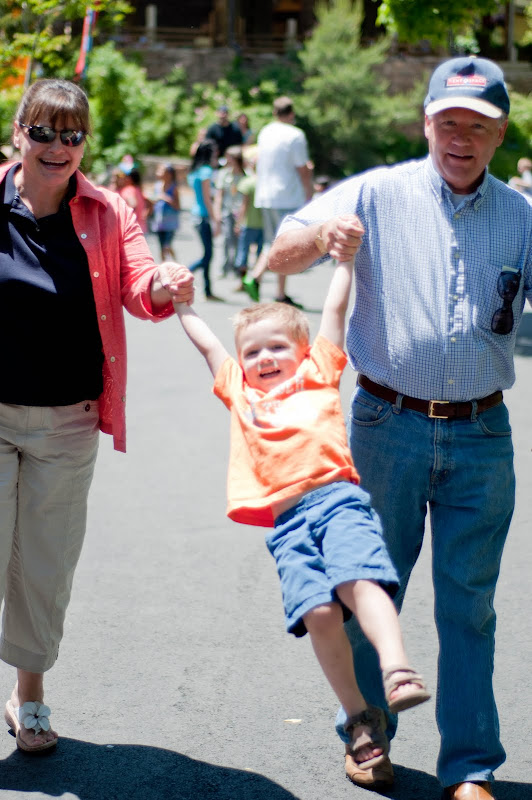 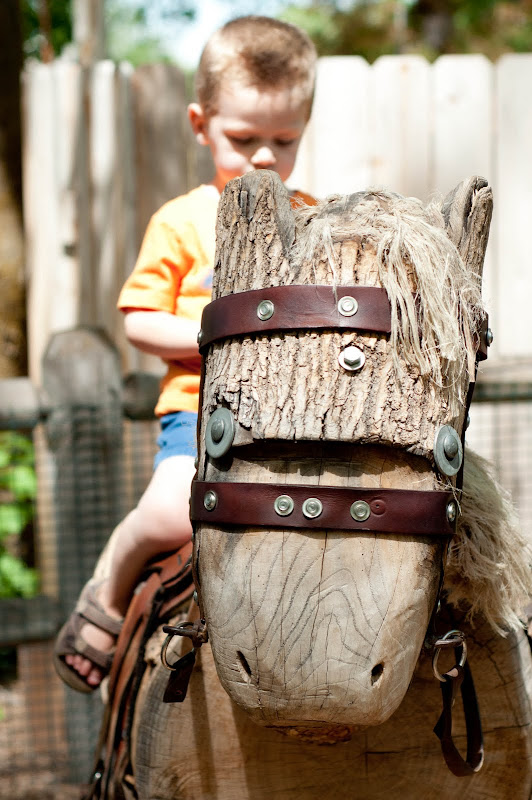 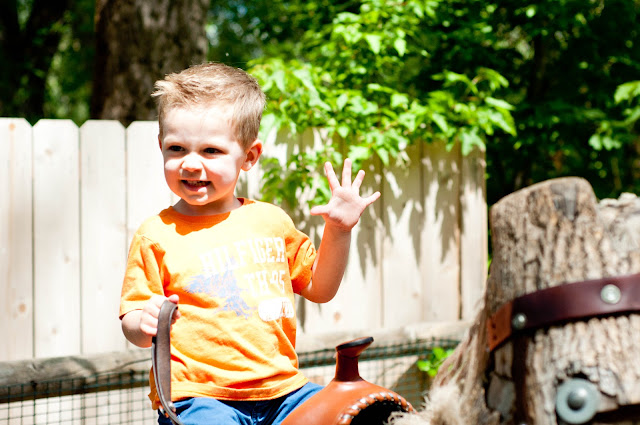 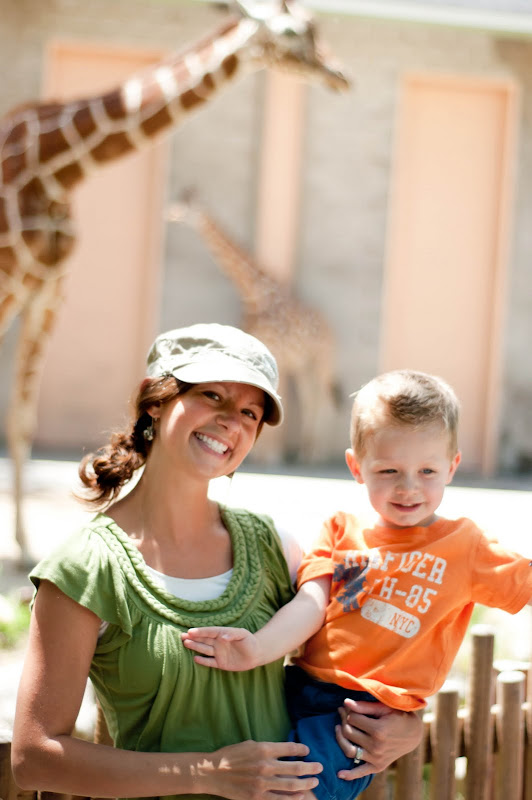 We asked Blake if he wanted to ride on a carousel horse, and he immediately responded, “No, I want to sit on the bench.” I just smiled at his typical reaction; he didn’t want to encounter anything too risky. 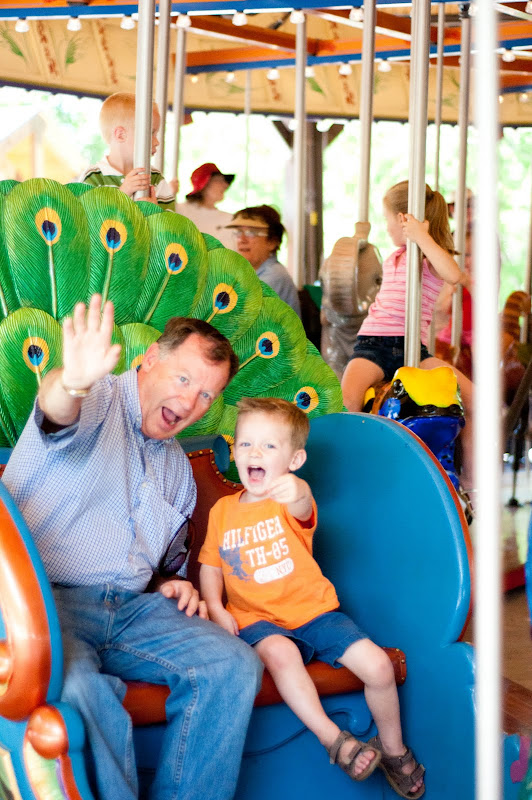 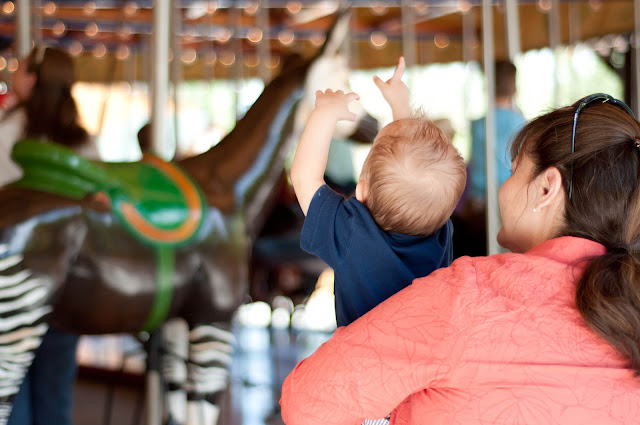 Nash bode his time well confined in the stroller. 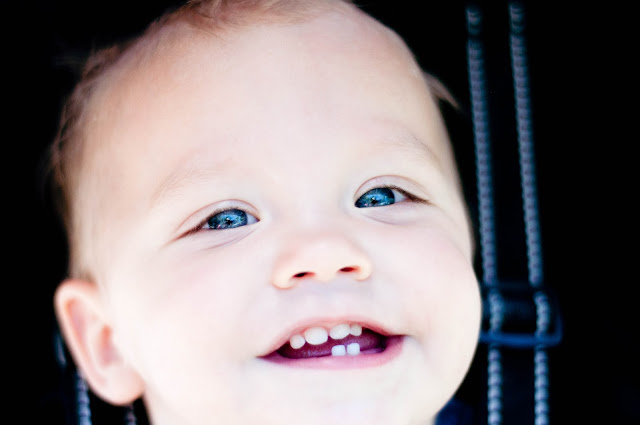 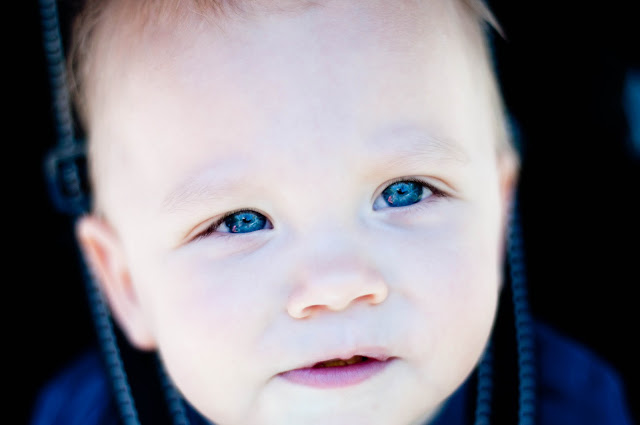 I thought that playing on the zoo playground might help Blake forget about the dinosaurs, but all I’ve heard about since our visit was how he was scared at the zoo. 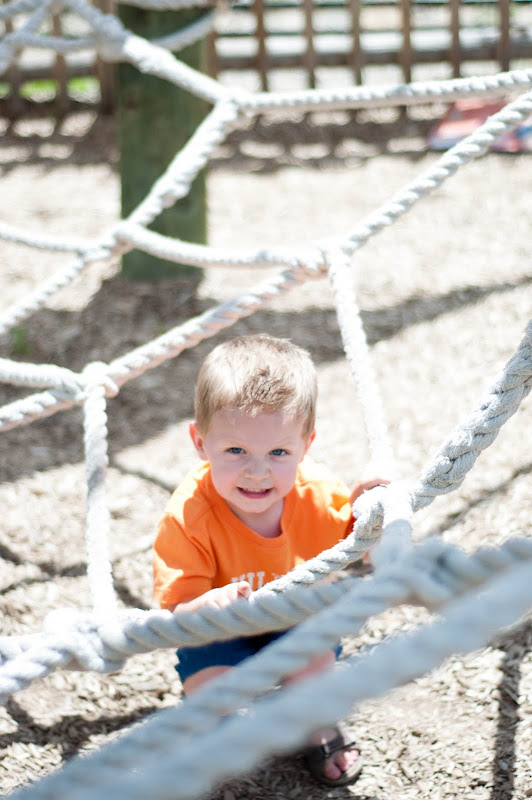 At least one child left without having a traumatic experience. 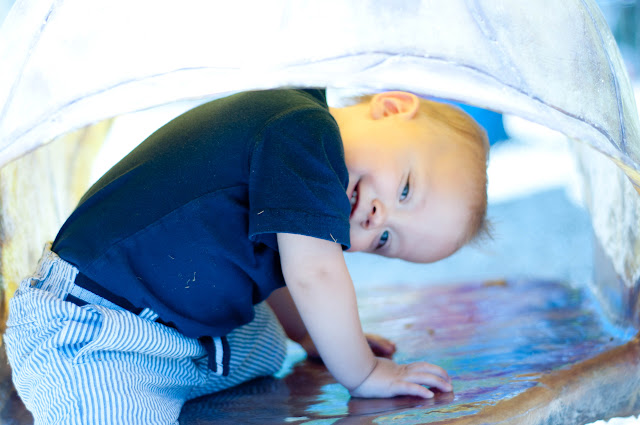