Skip to content
Scene: Our house. 10:12am. Sunday morning. 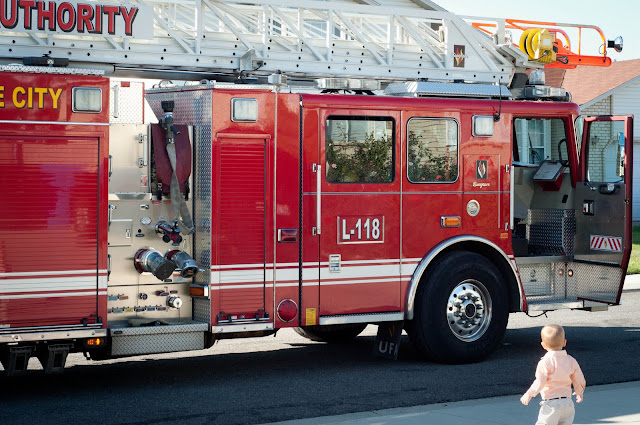 I knew we couldn’t go more than a week before the next catastrophe hit our home.
The fact that it had been almost two weeks since the last malfunction should have been our first indicator that we were past due for the next problem.
It all started on Sunday morning while we were getting ready for church. The boys were in the bath tub when our Carbon Monoxide detector started blaring through the house. The only thing I knew about Carbon Monoxide was that it had been termed the “silent killer.” I knew we had to get out…fast.
Troy called the fire department (thankfully he was still home) while I frantically pulled the boys out of the tub, grabbed their church clothes, and rushed outside.
I was still dressing them in our driveway when the fire engine arrived. The fully-suited firefighters brought their detectors inside and found traces of CO throughout our entire house.
There wasn’t much they could do until the gas company arrived, so they were kind enough to give our boys a tour of the fire engine.
Blake ate that right up. 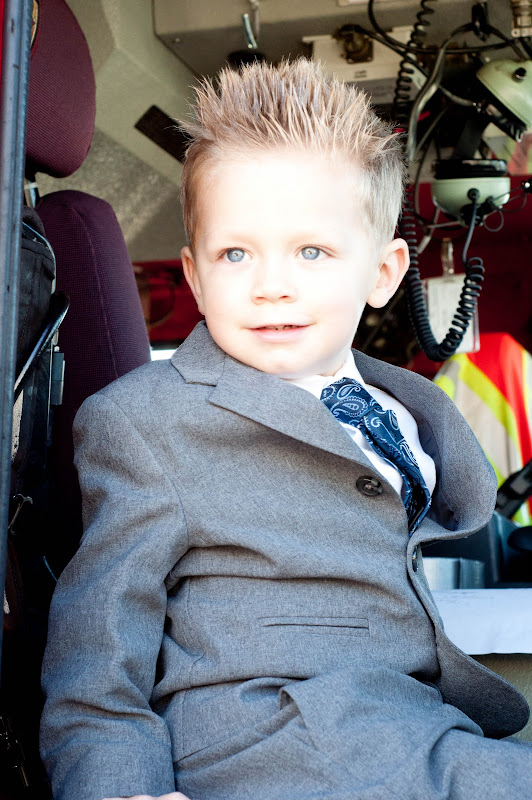 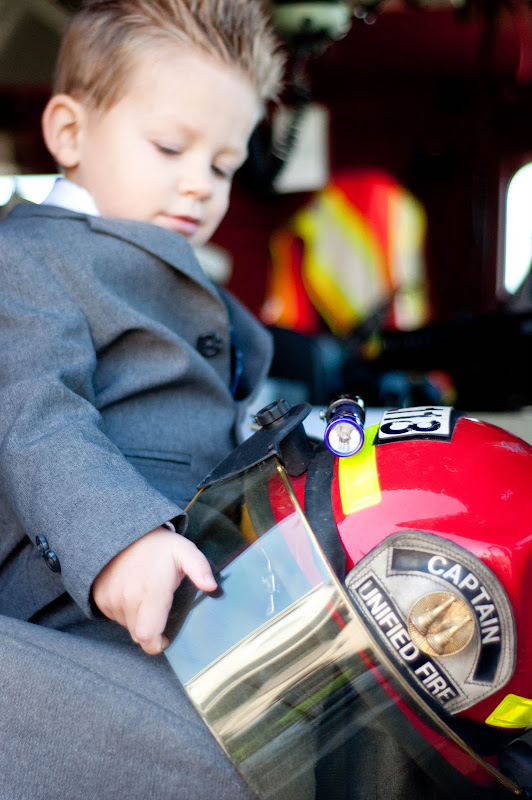 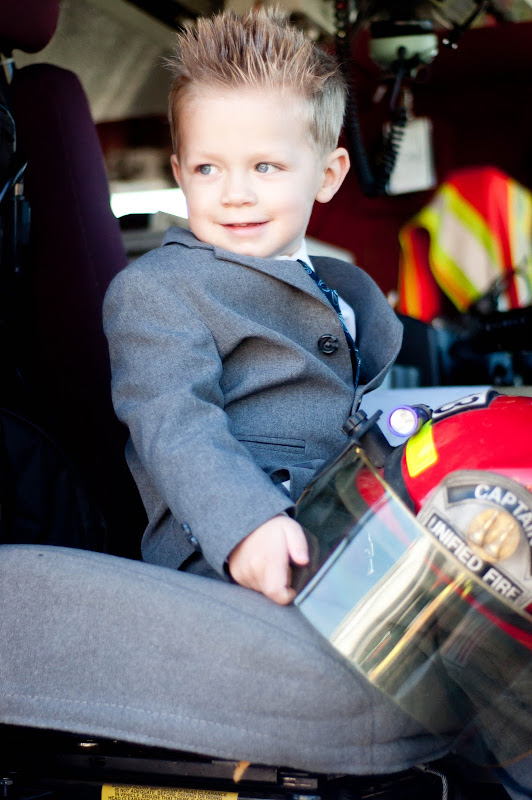 It was around that time when a lot of neighbors and those passing our house to go to church started asking what was going on. We created quite the spectacle.
Troy and I decided that it would be best for the boys and me to head to church since it was cold outside and we couldn’t go back in the house. Thankfully, I was already dressed, and I swept up my undone hair with some pins I had in my purse.
That’s when our good friends and neighbors started stepping in to help us. I called my friend and asked her if she could bring some extra snacks to church since I didn’t have time to grab anything and there was no way the boys could make it through three hours of church with no sustenance.
Our story spread quickly and so many gracious families offered their homes and meals to us while we waited.
Troy stayed behind and sent me text messages to keep me updated while I wrestled the boys at church. It happened to be a frantic day because I was running around in preparation for the Primary Program that is next Sunday. In all of the chaos, I accidentally left my diaper bag in the chapel. Of course Nash needed to be changed after the chapel was filled with the next congregation, so another friend stepped in and lent me supplies.
In the end, the gas company ended up detecting a lot of sulfur that came from a car battery that Troy was charging overnight in the garage (my car battery having to be jump-started three times on Saturday is a whole other story). After airing out our house for several hours, we were able to go back in. It still overwhelmingly smelled like sulfur, but after contemplating the logistics of obtaining clothing and food and beds (and nie-nights), we were happy to have access at all.
I am so thankful for that Carbon Monoxide detector.