Skip to content
We were at a park playdate with friends last week when I heard Nash’s screech.
I should have known better than to suggest a park with water in proximity in the middle of October.
I chased Nash away from a tiny foot-deep stream about 27 times until somehow he snuck behind me when I was positive that he was on the slide. The next thing I knew, he was standing in the little stream, completely drenched from head to toe. He reluctantly got out of the water to walk back to the car with me, sopping wet. 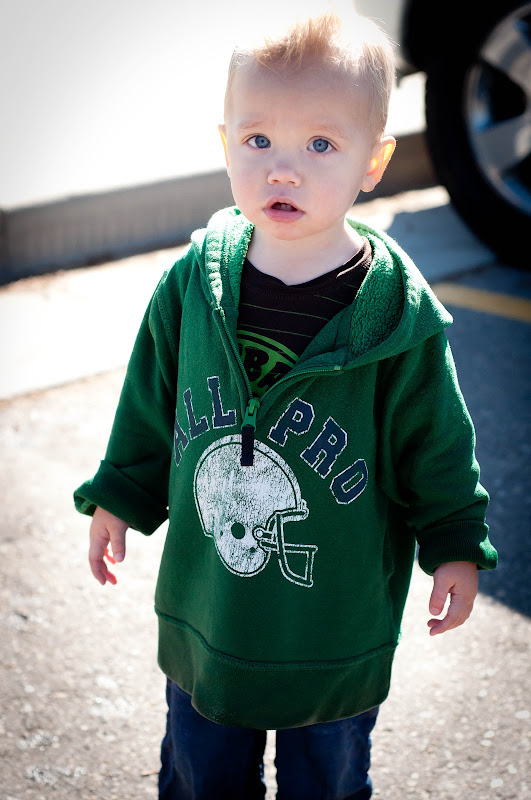 He seemed surprised to be sloshing around in wet socks and shoes, but he never even cried.
In his defense, it was the same stream that he “slurped” from during the summer. 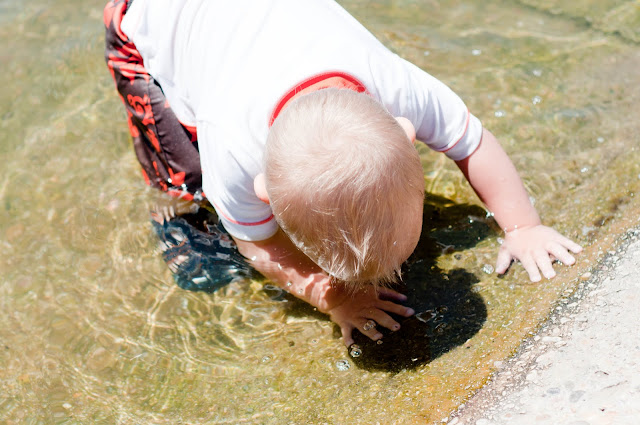 I’m sure that colder temperatures and a full set of clothes made no difference to him. 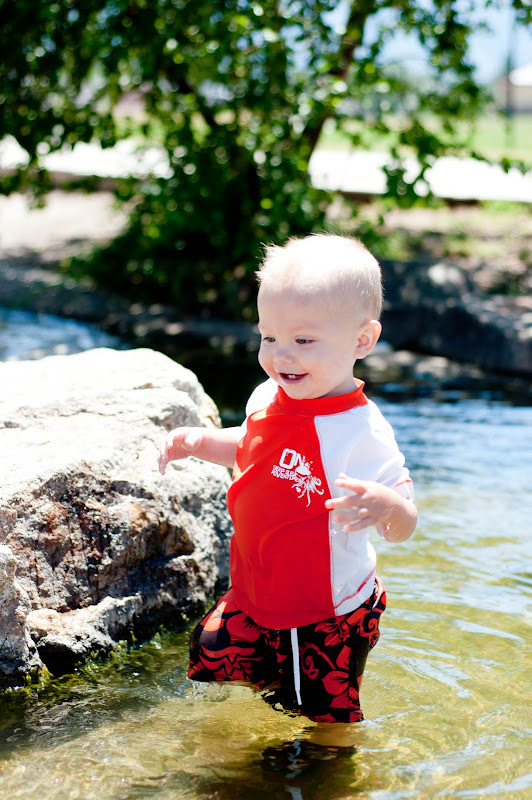 I can never underestimate Nash’s daring antics. I am caught so off guard sometimes because Blake would have never walked into a stream of water fully clothed when he was younger.

I didn’t have any spare clothes in my car, so Nash spent the rest of the playdate in Blake’s sweatshirt. Having no pants or shoes didn’t slow him down one bit. Not surprisingly, I still chased him away from the water for the remainder of the morning. 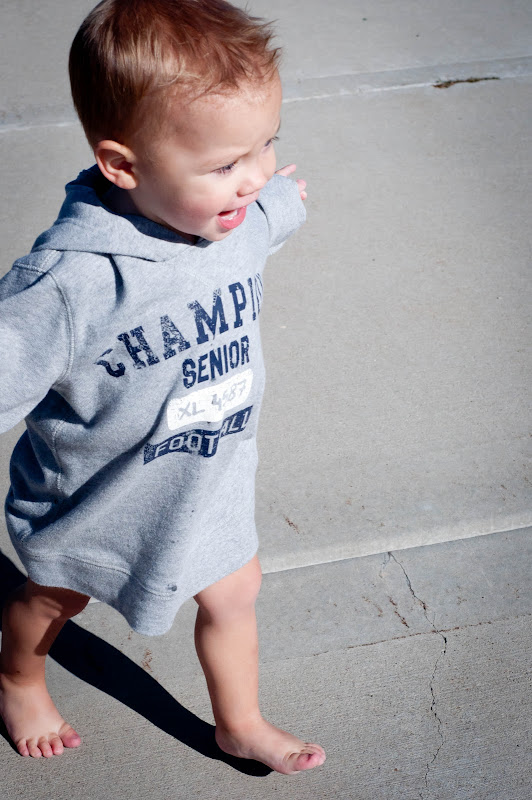 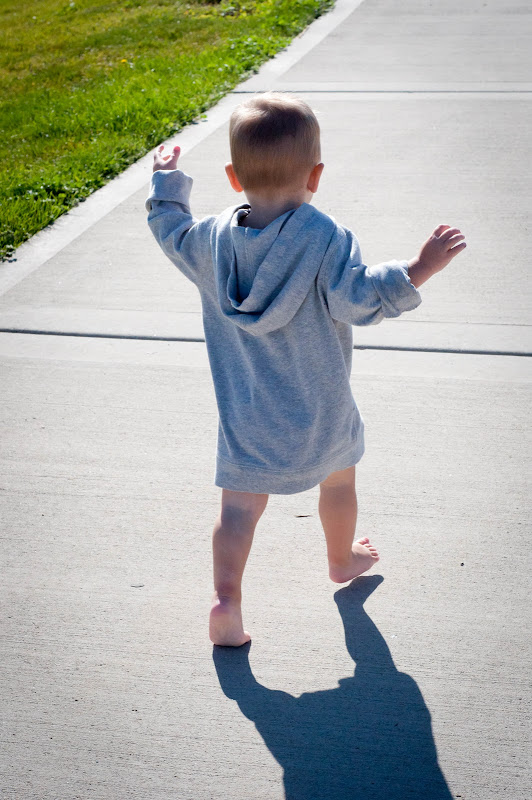