Our first and second attempts to hike to Waimea Falls were unsuccessful.

Our original plan was to hike on Thanksgiving morning before letting our feast settle in. We checked online to make sure they were open, but once we got there, there was a small sign on the gate that said “closed.” That’s Hawaii for you. You must call and then call again if you want to ensure that your plans go through. It was no big deal, we just crossed the street and went to the beach instead.

We rescheduled for the next day, but we ended up snorkeling on the south shore longer than we expected so that fell through as well.

I was determined to make the hike happen so we gave the falls one more shot towards end of our trip while the guys were out golfing.

We were successful at last. 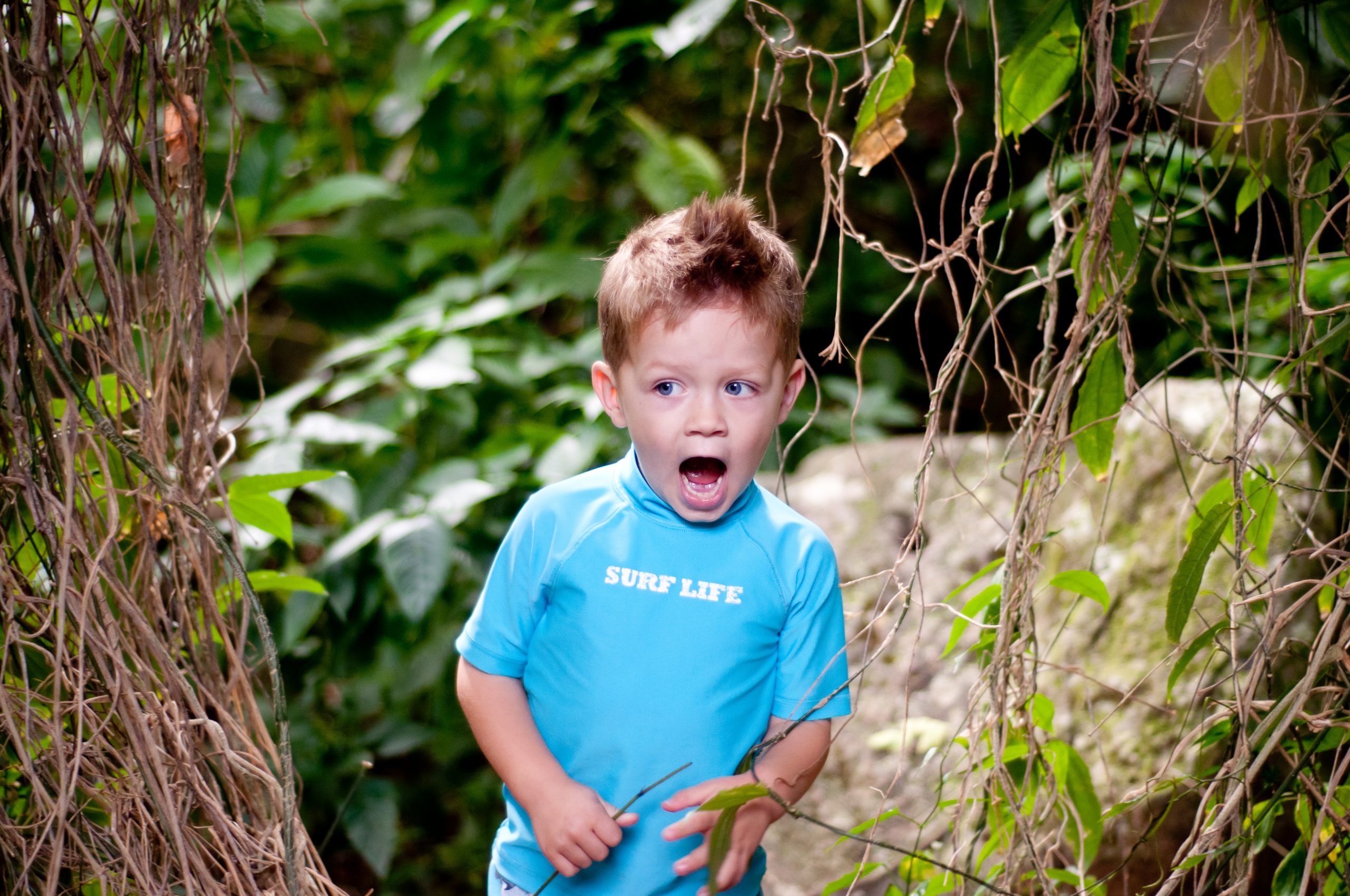 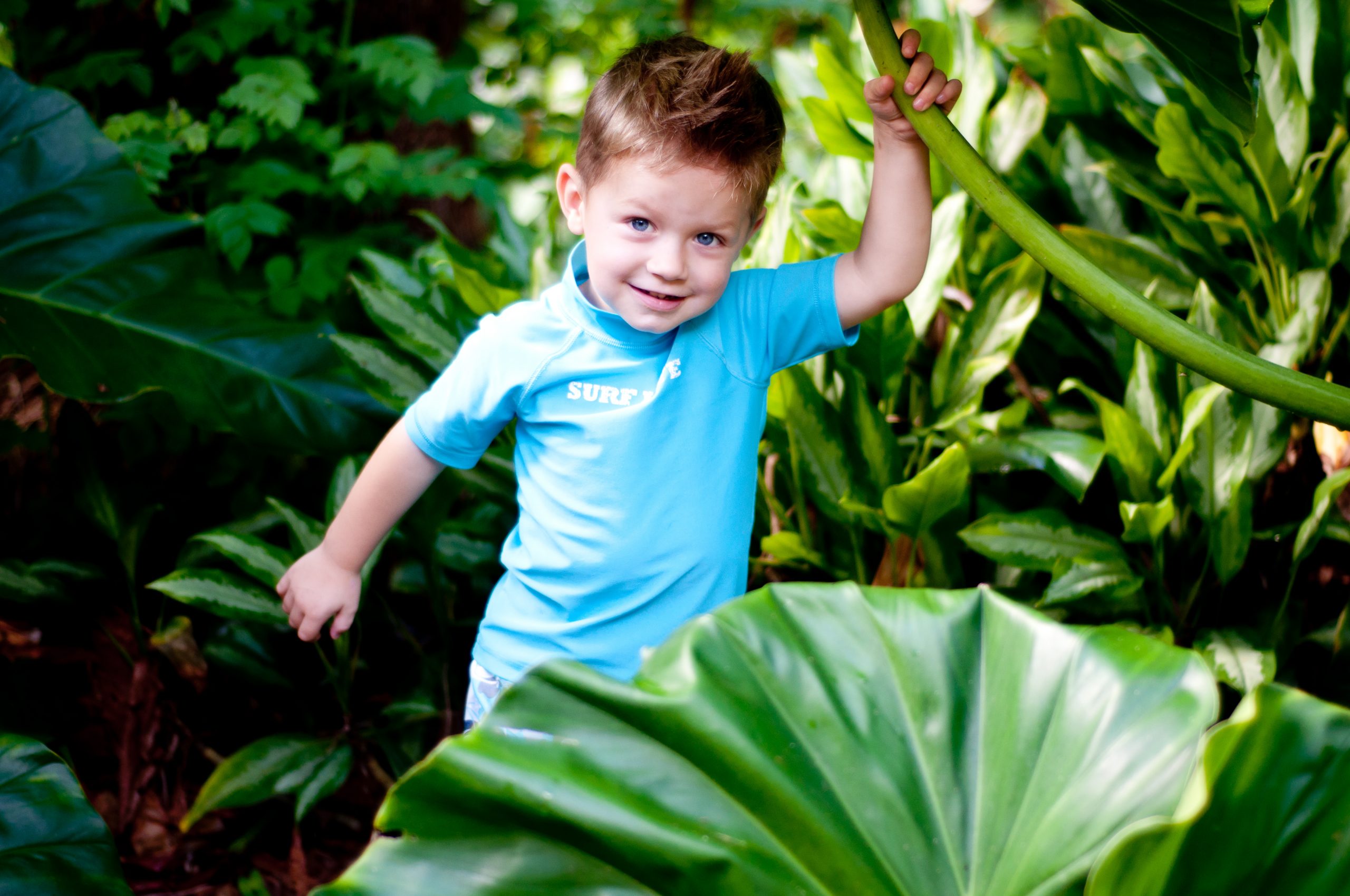 The hike was just under a mile and once again I couldn’t resist capturing tropical gems along the way. 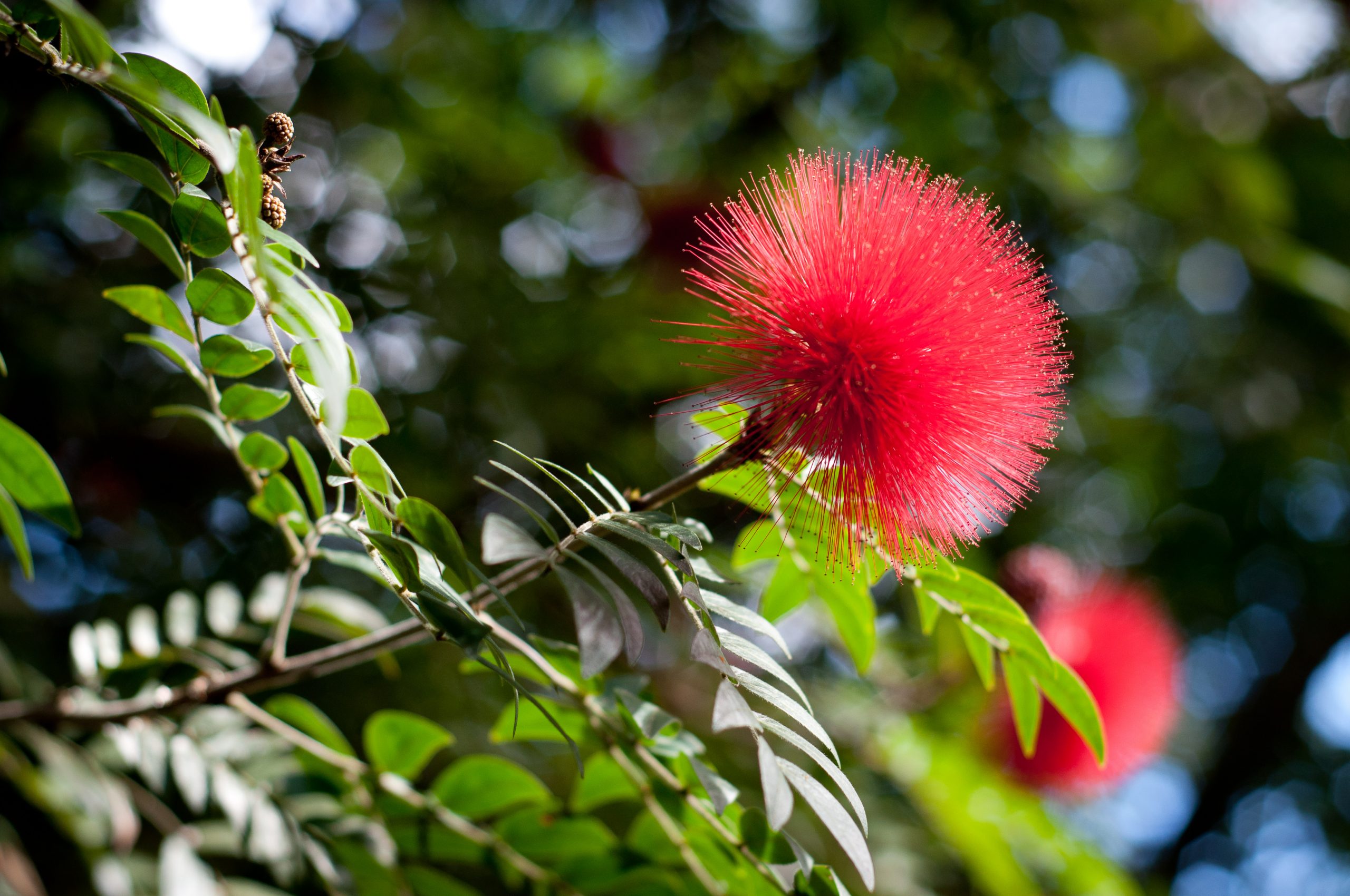 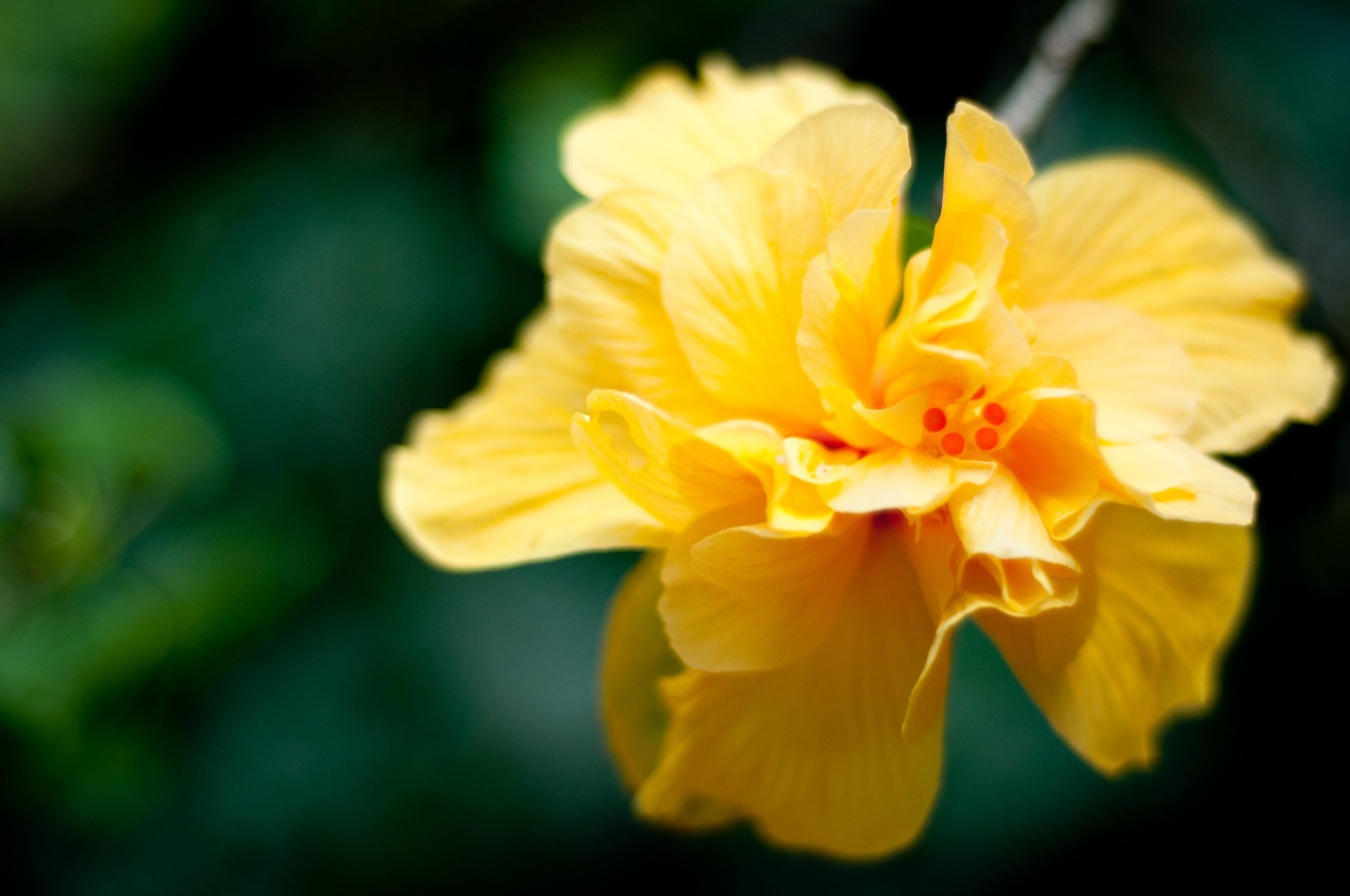 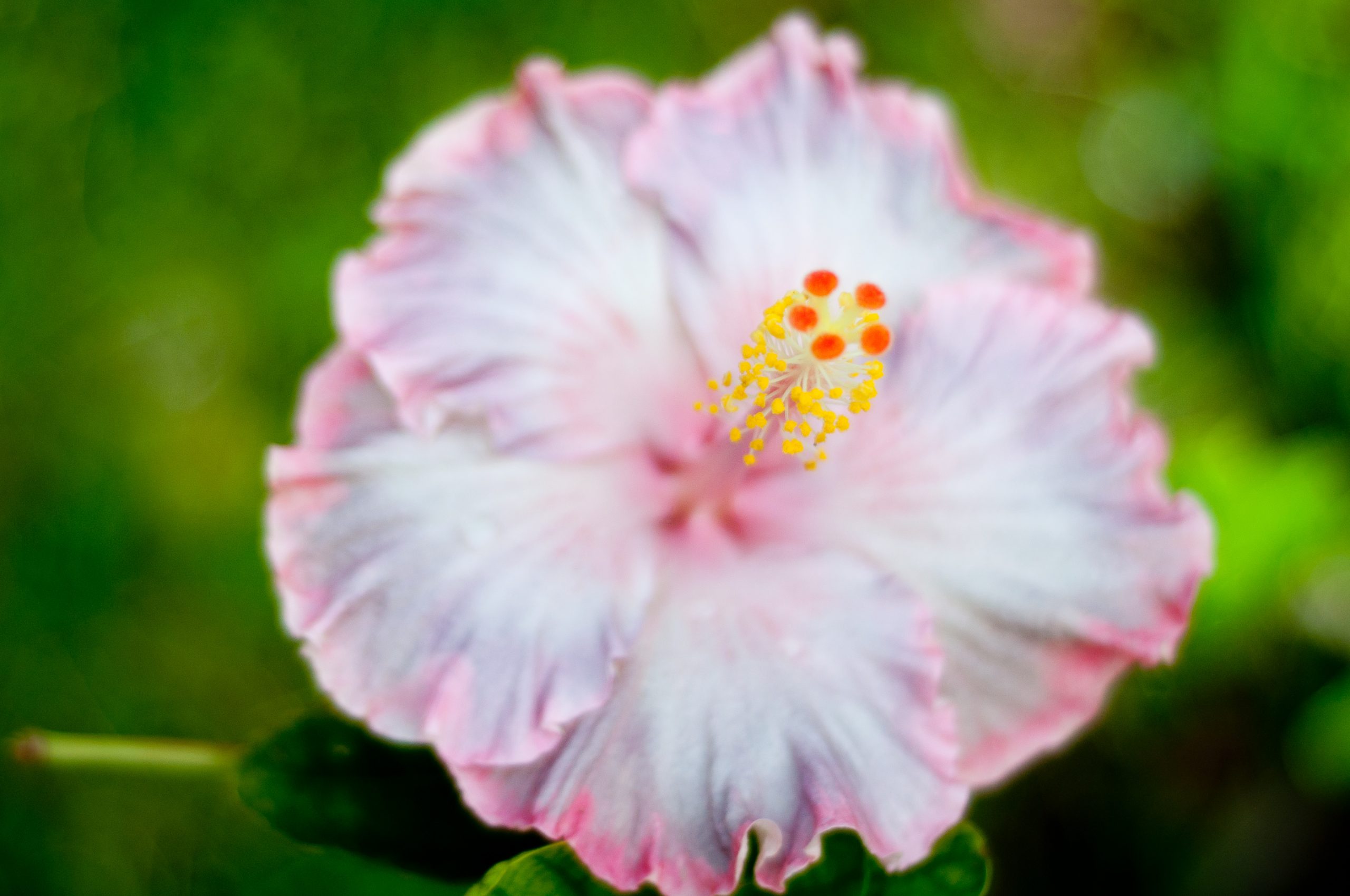 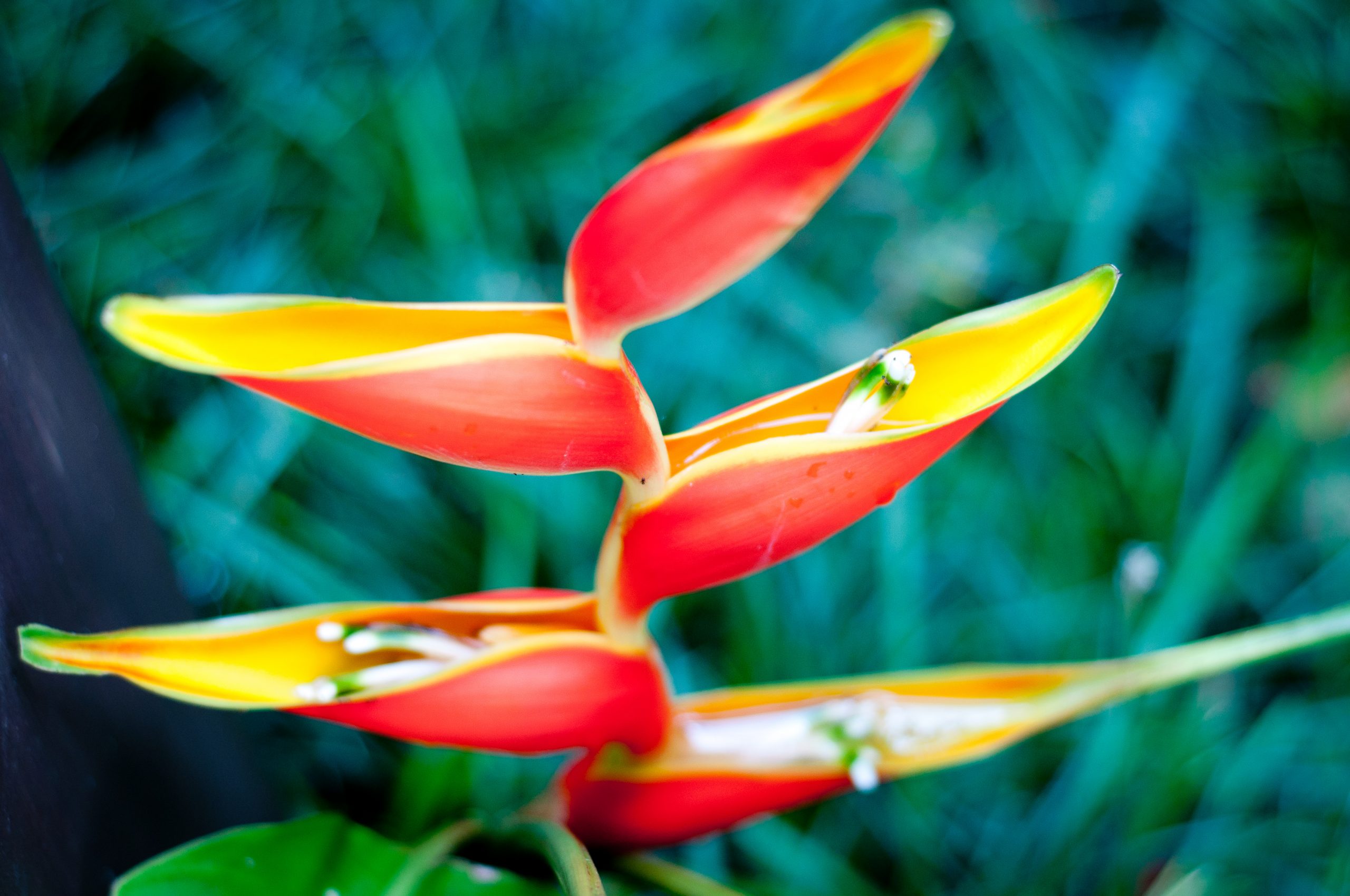 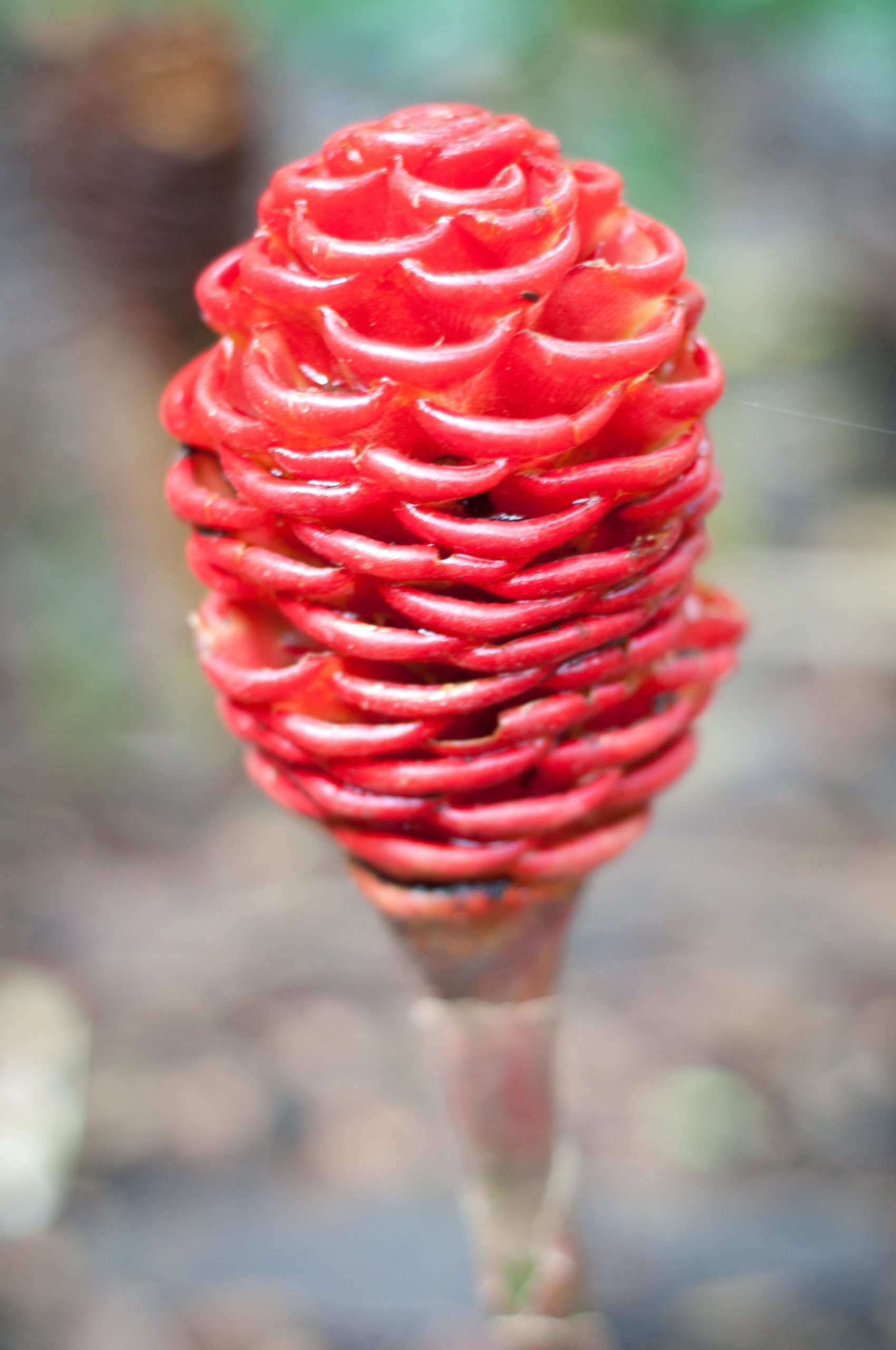 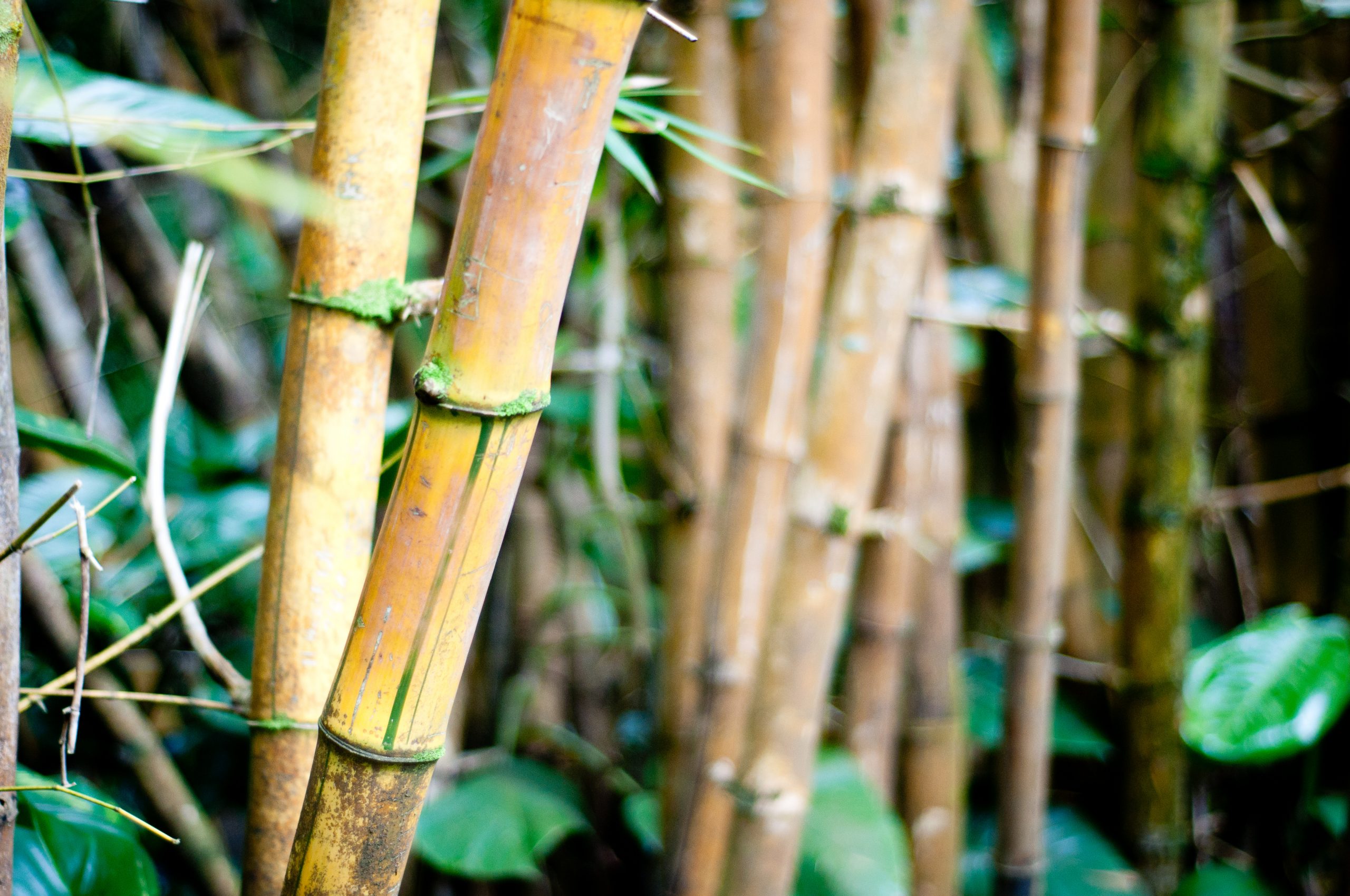 At last, we spotted the waterfall. 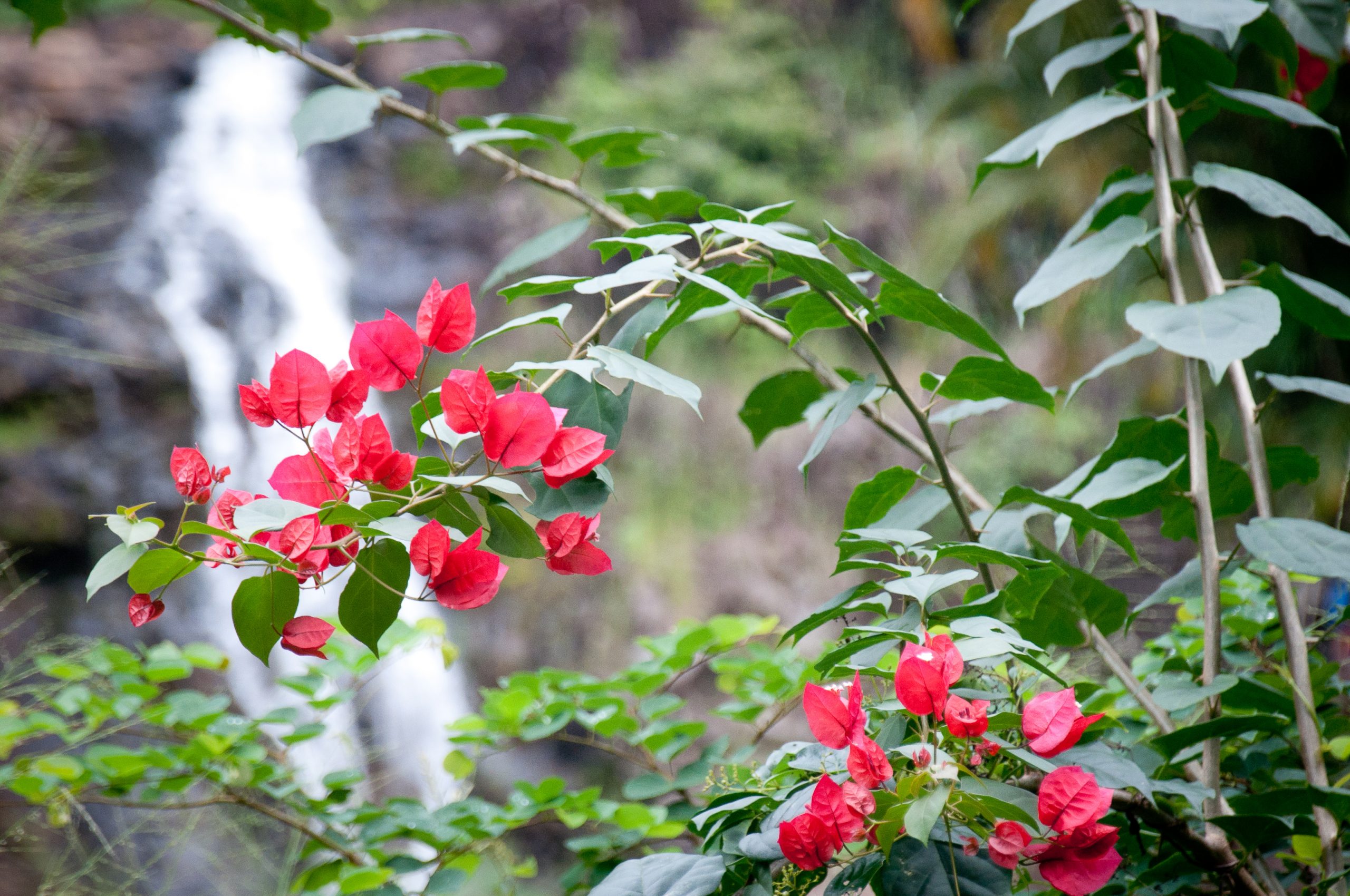 Of course, the second we arrived, a torrential downpour began. 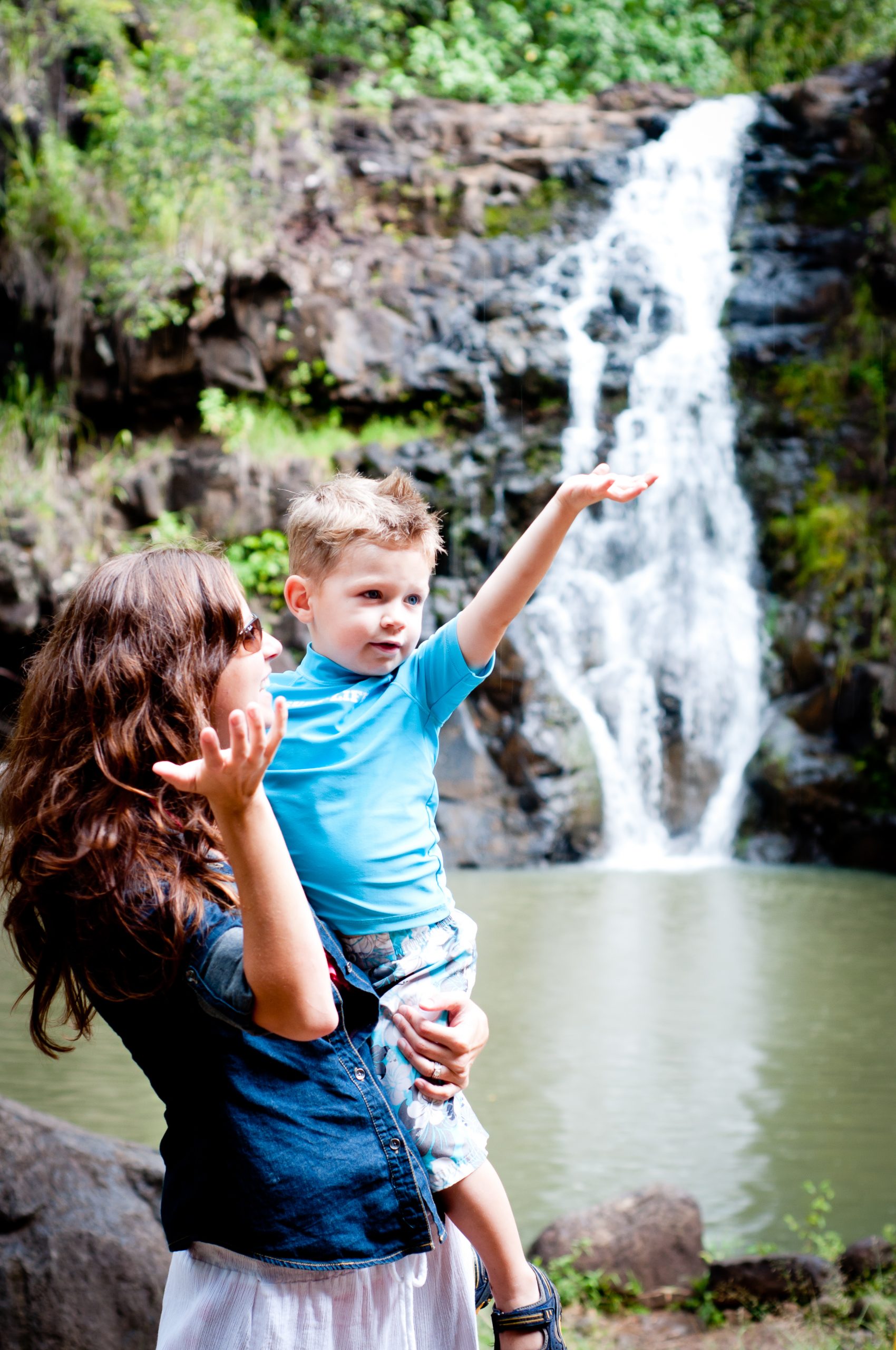 Sweet Blake tried to shield our heads with his hands. 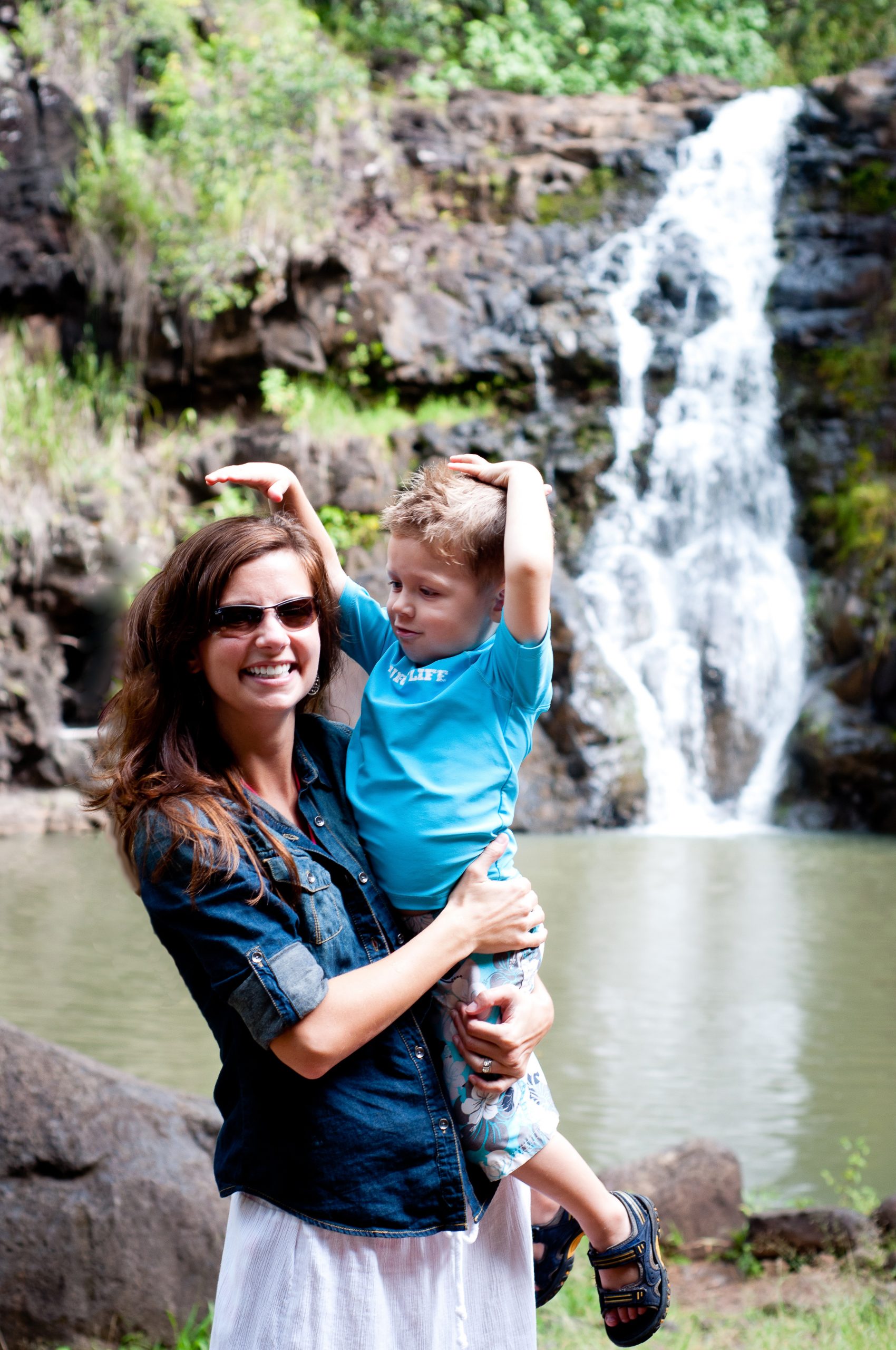 The nice thing about tropical storms is they blow over quickly, so we were eventually able to venture back out into a light drizzle. 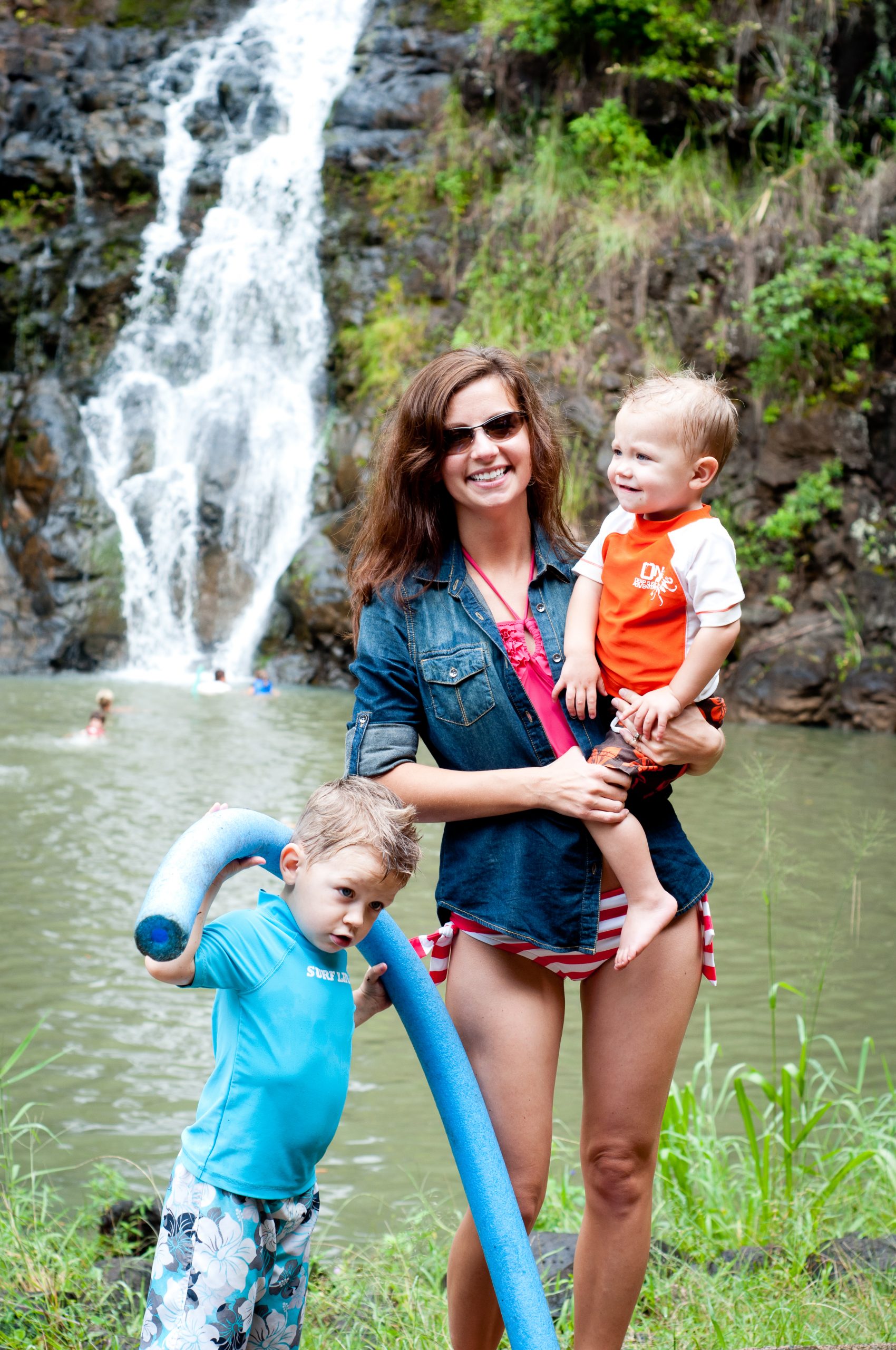 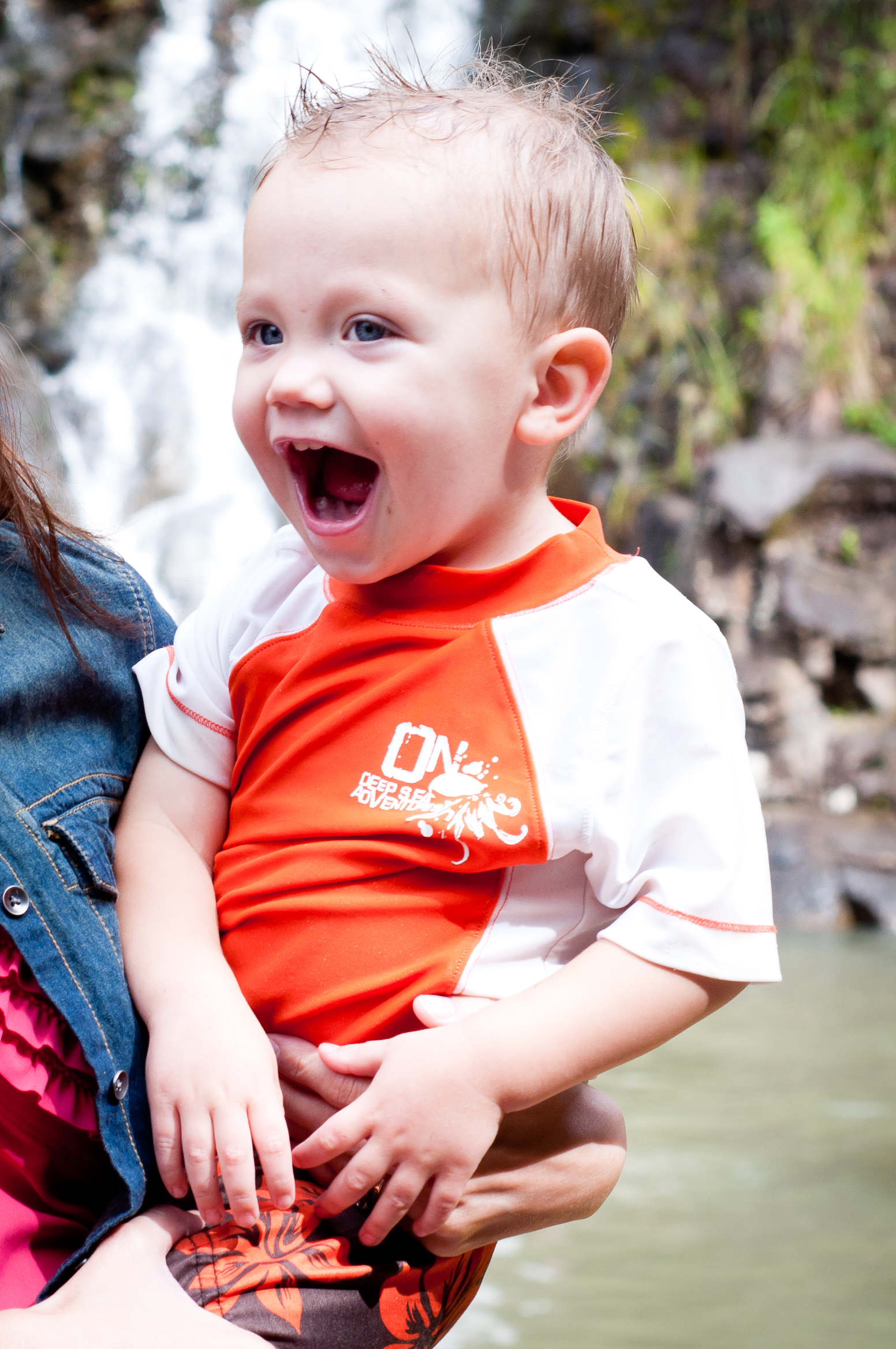 We geared up for a little swim. 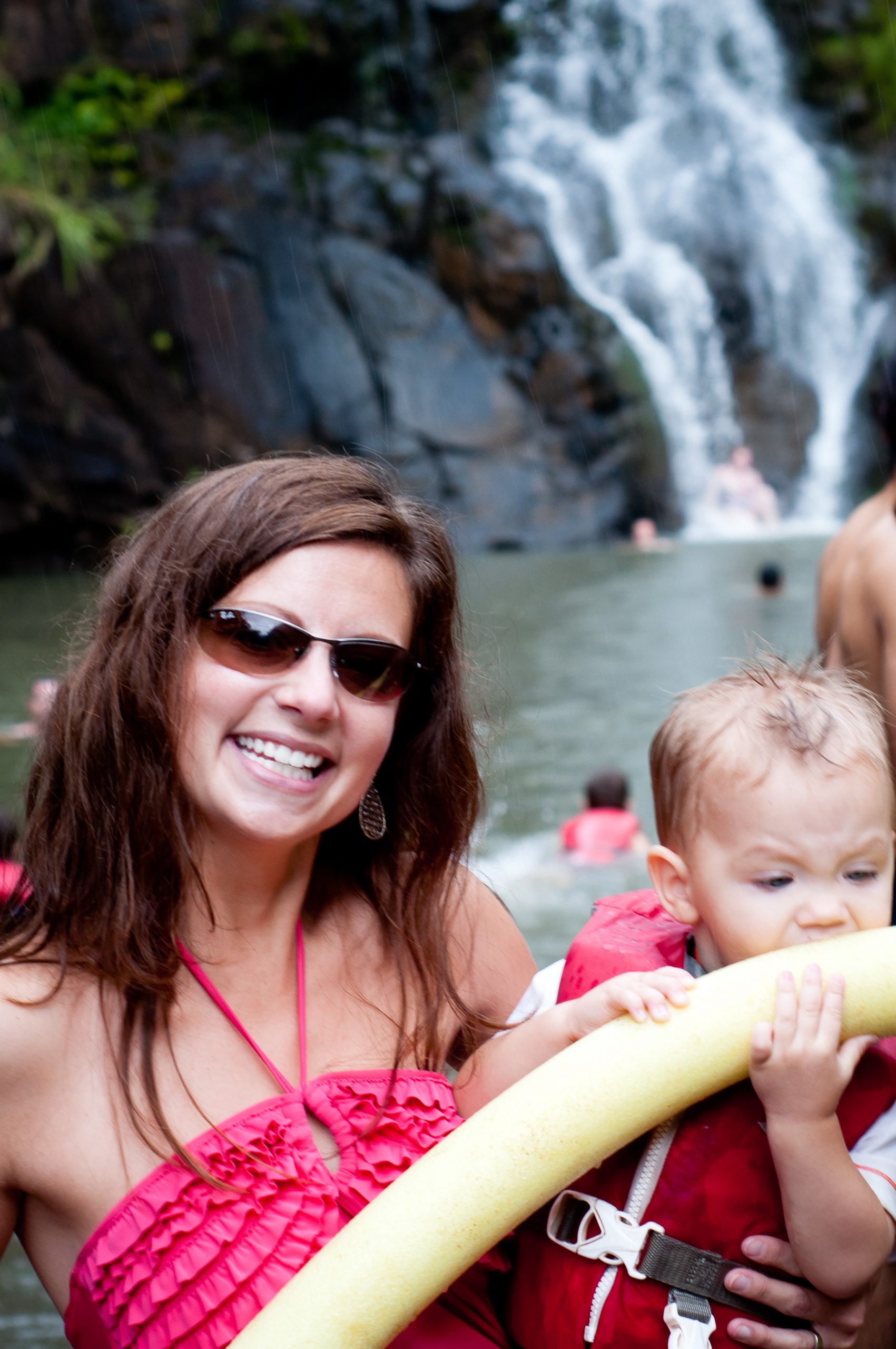 The water was cold, so we opted for the shallow end of the pond. 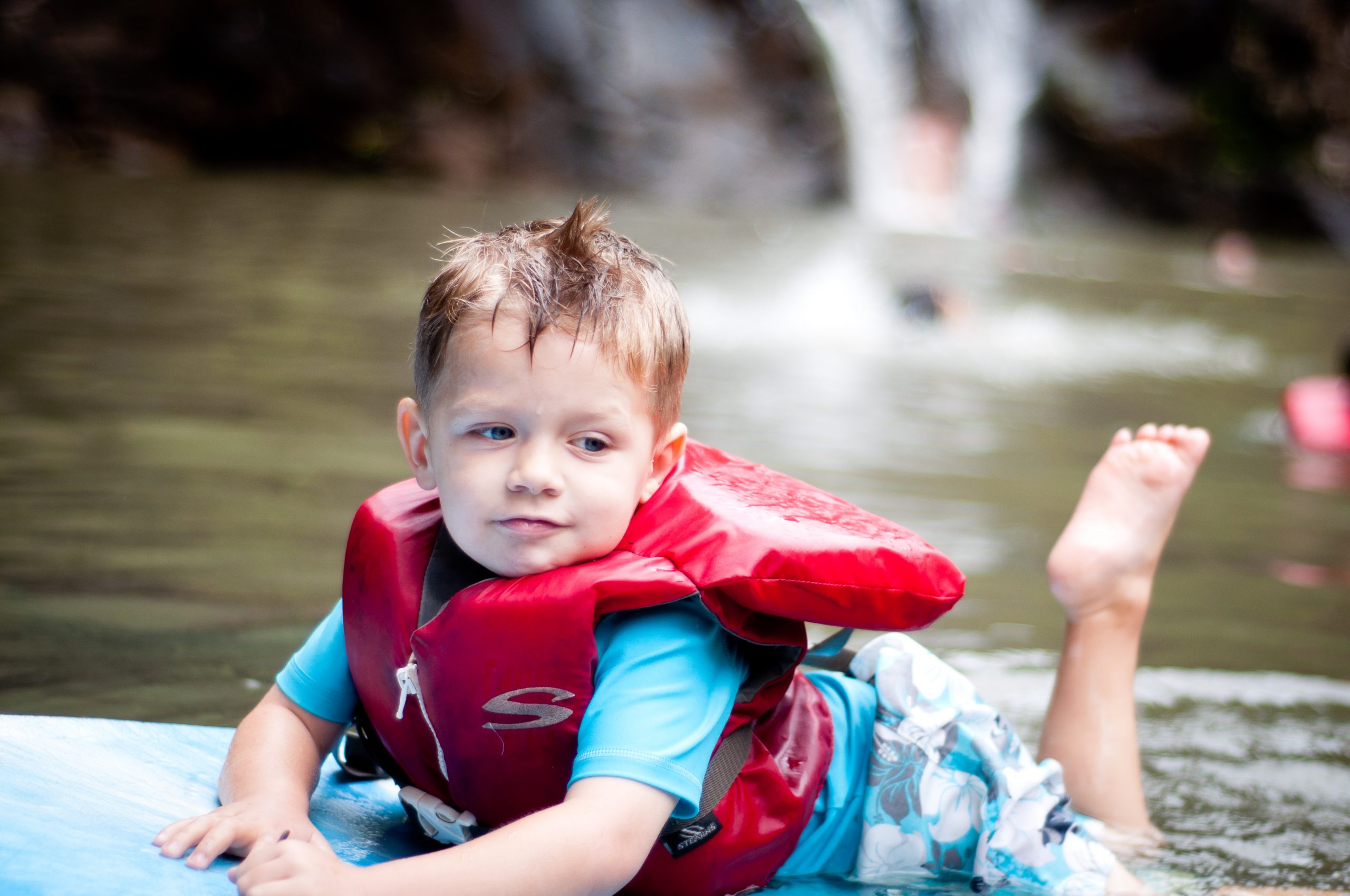 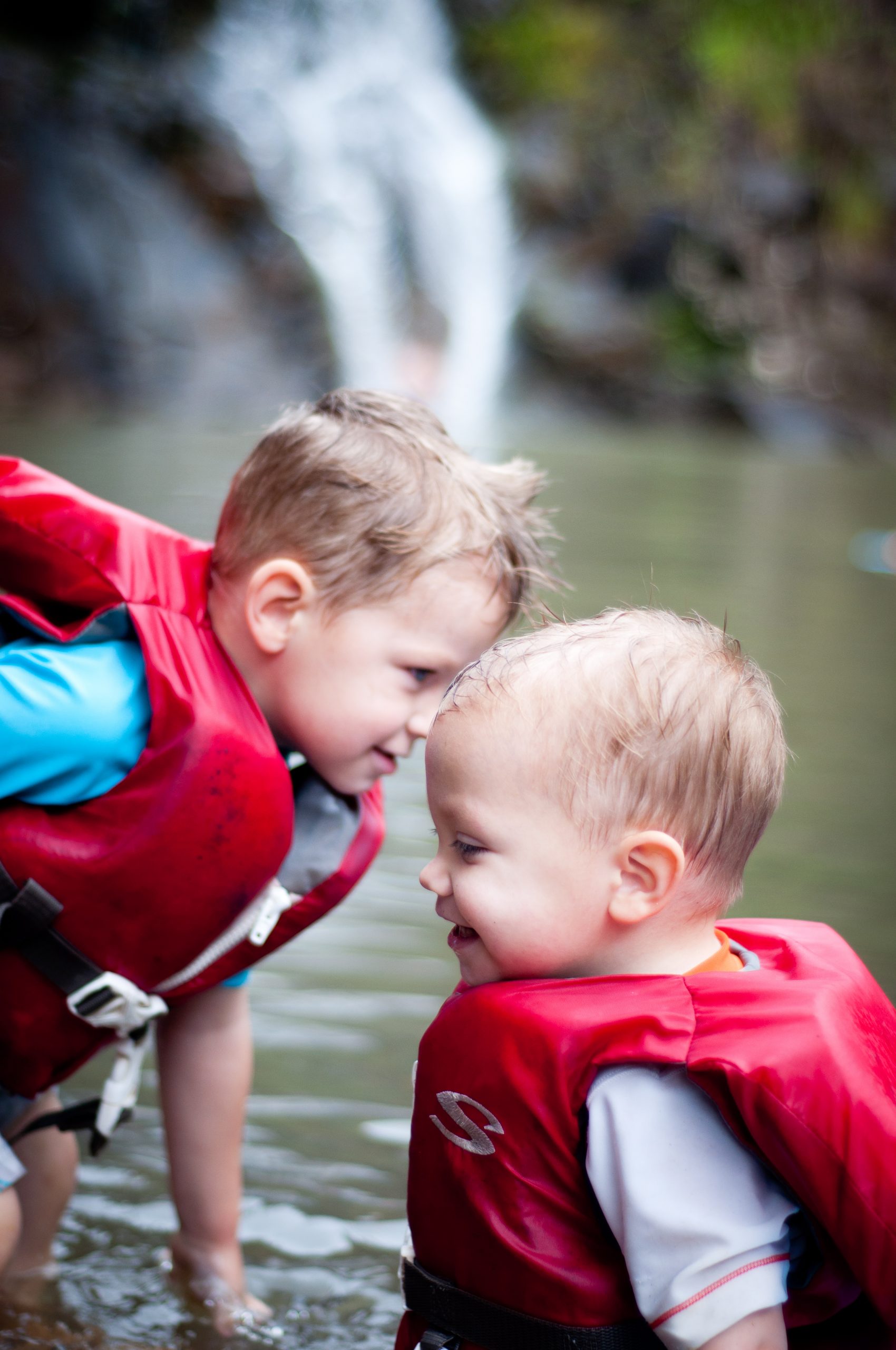 Blake and his grandma played fun games on the boogie board which was another big highlight of the trip for him. He collected a few authentic Waimea Falls rocks as well. 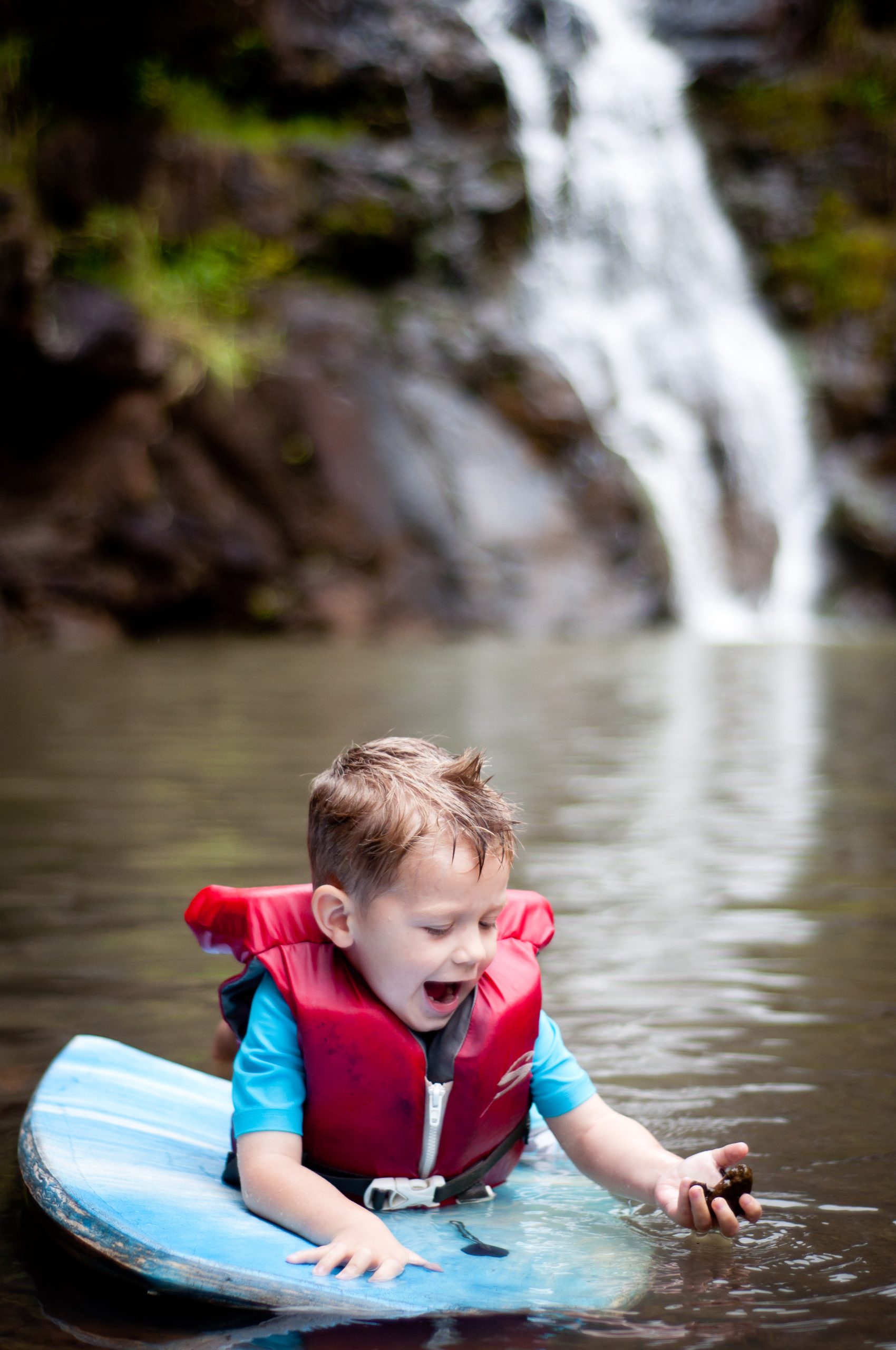 I’m so glad we didn’t slip off the island before seeing yet another spectacular site. 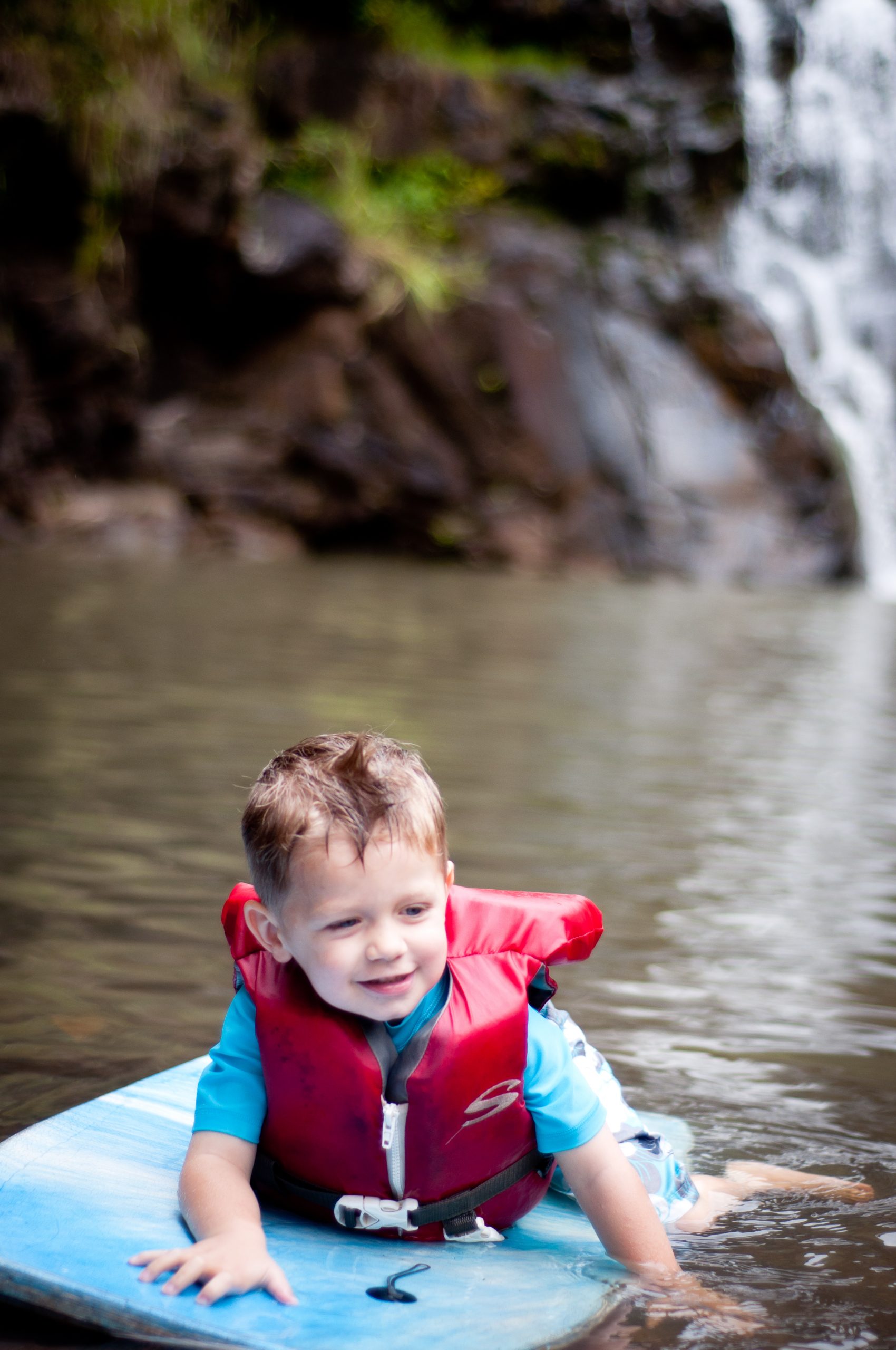