I could probably fill several more posts with details from our Hawaiian escape, but I must wrap it up before we get into the thick of Birthday and Christmas season.

One of the best parts about being in Hawaii was simply getting to play outside. The boys traipsed through every square inch of the yard. 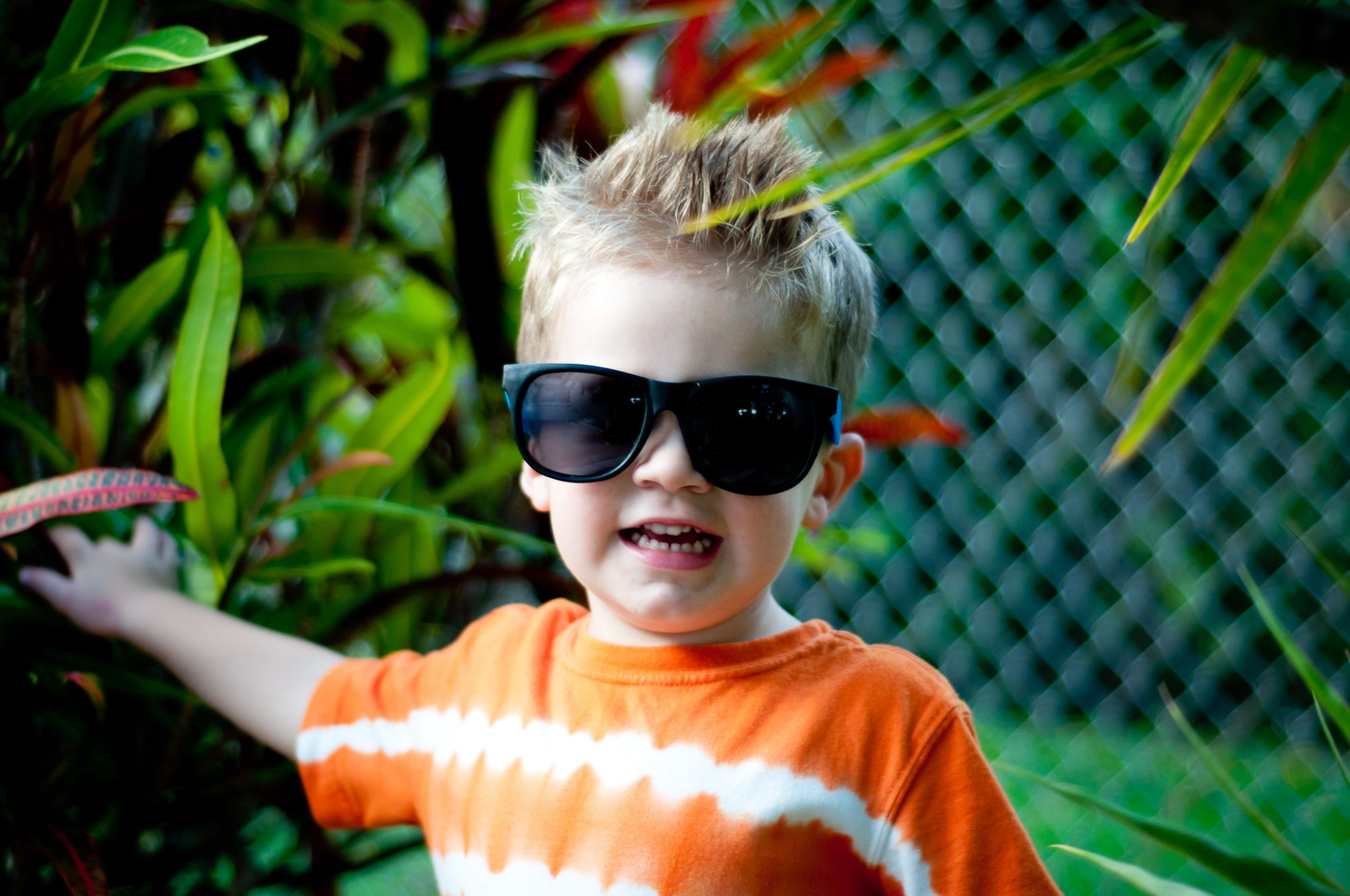 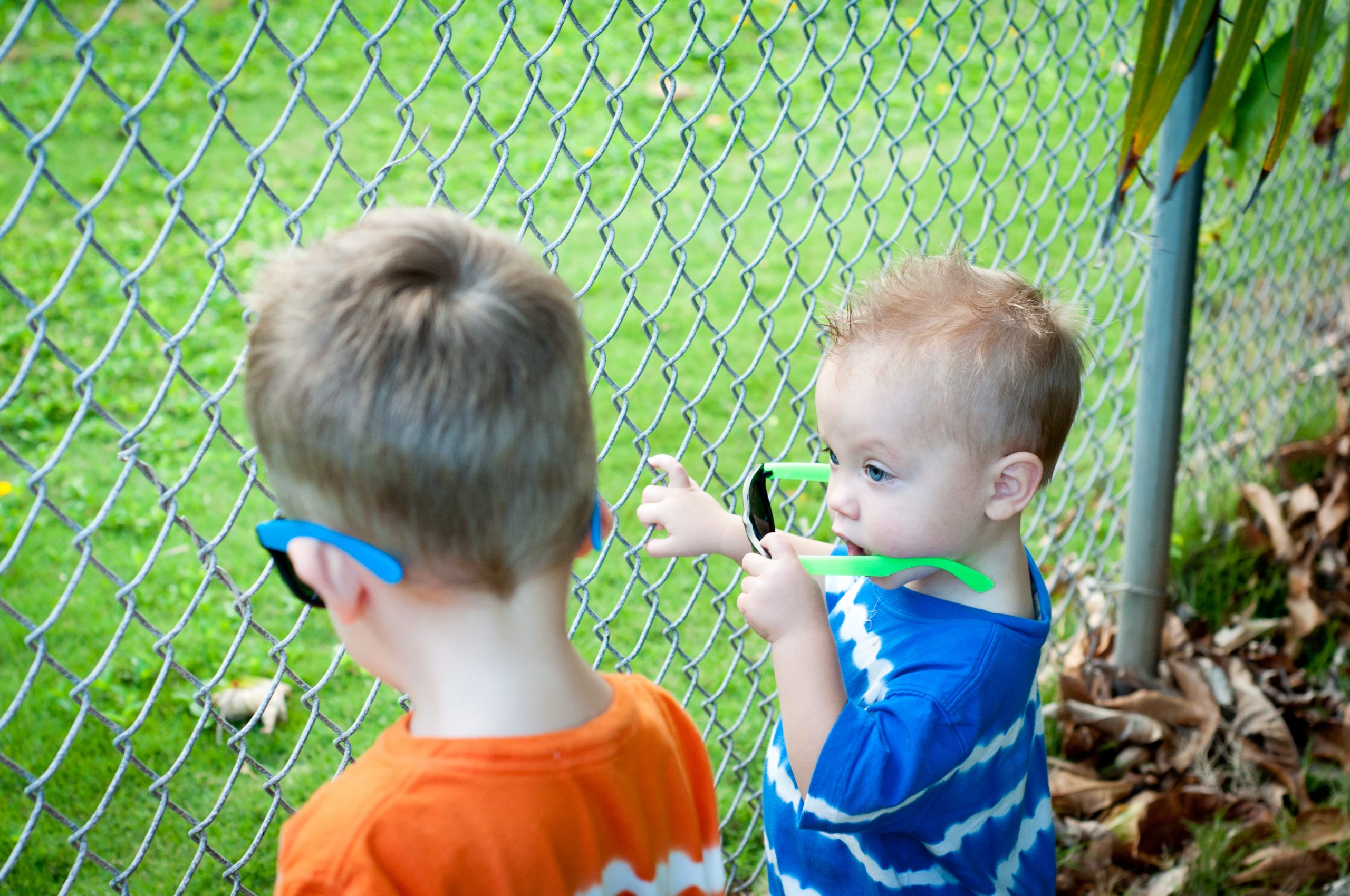 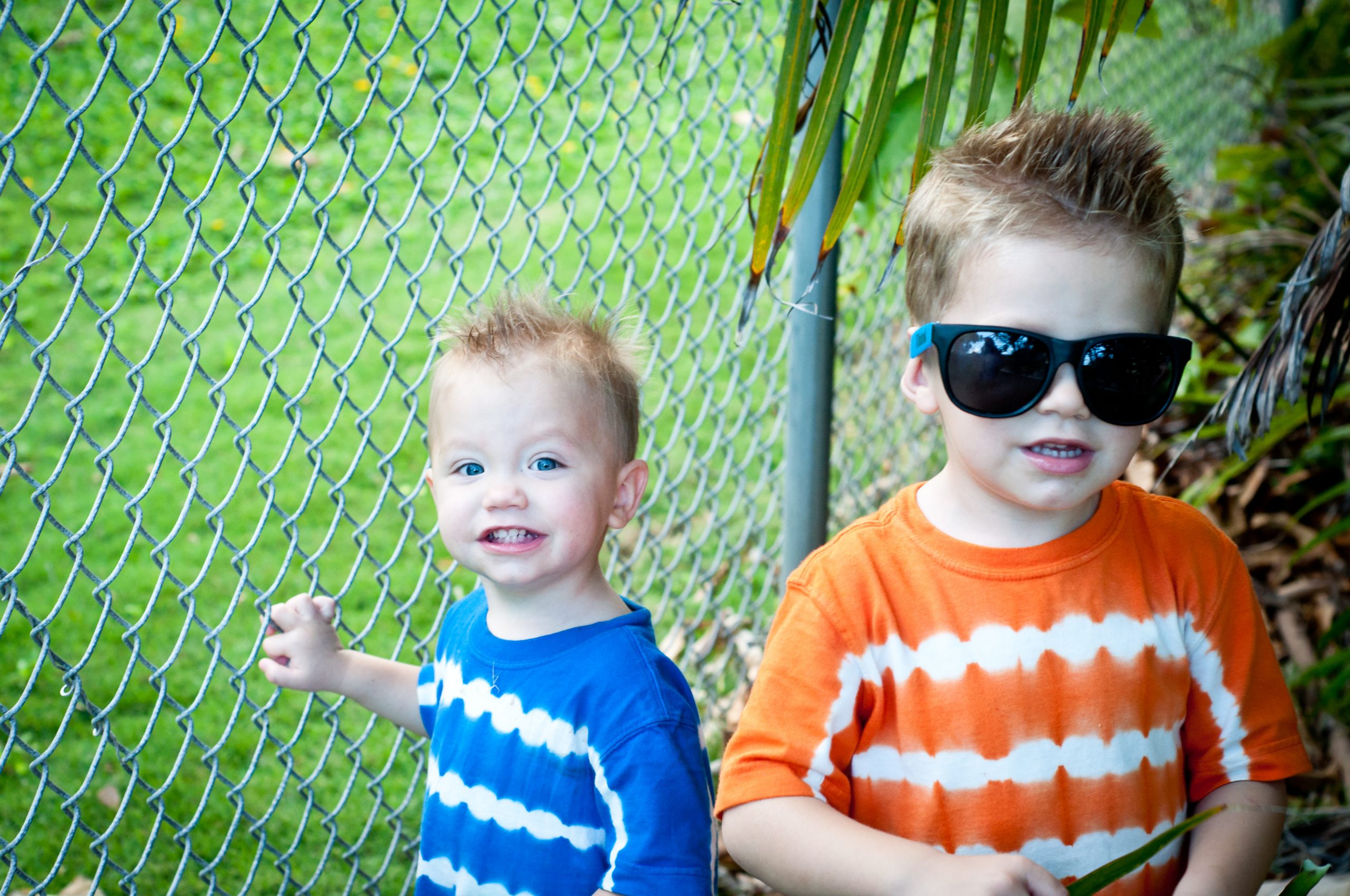 The best surfing on the north shore of Oahu begins in December, but as we drove past spots where we could view surfers, we noticed that every available parking spot was filled with cars and trucks. Their owners were out on the 7-foot+ waves. Platforms and bleachers were being set up along the coast for the big surfing World Cup. We just missed the competition, but we enjoyed seeing colorful surf boards strapped to vehicles, used as mailbox posts, hanging on restaurant walls, and lining fences. 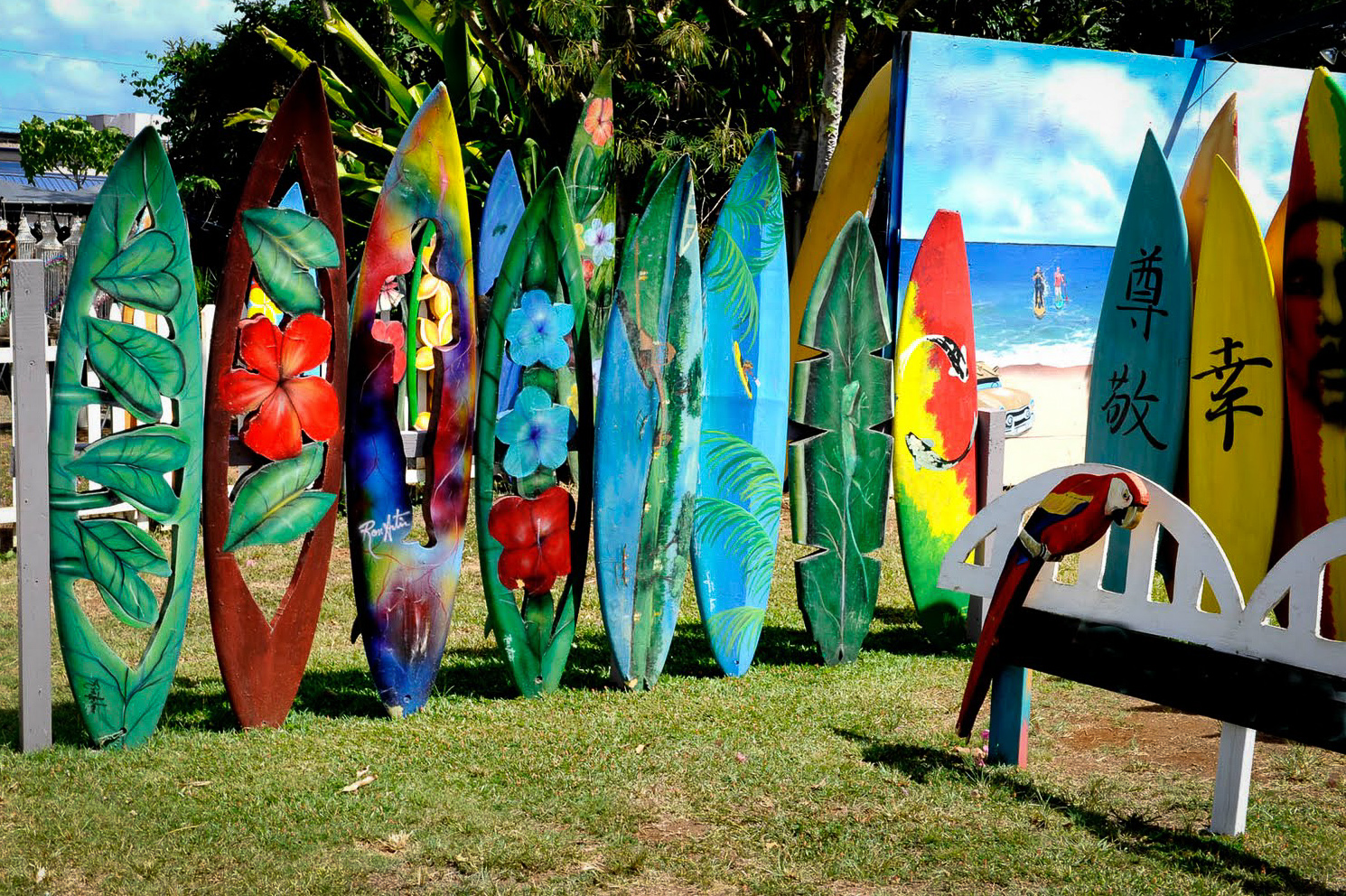 Another fun site along the shore was the fruit market. 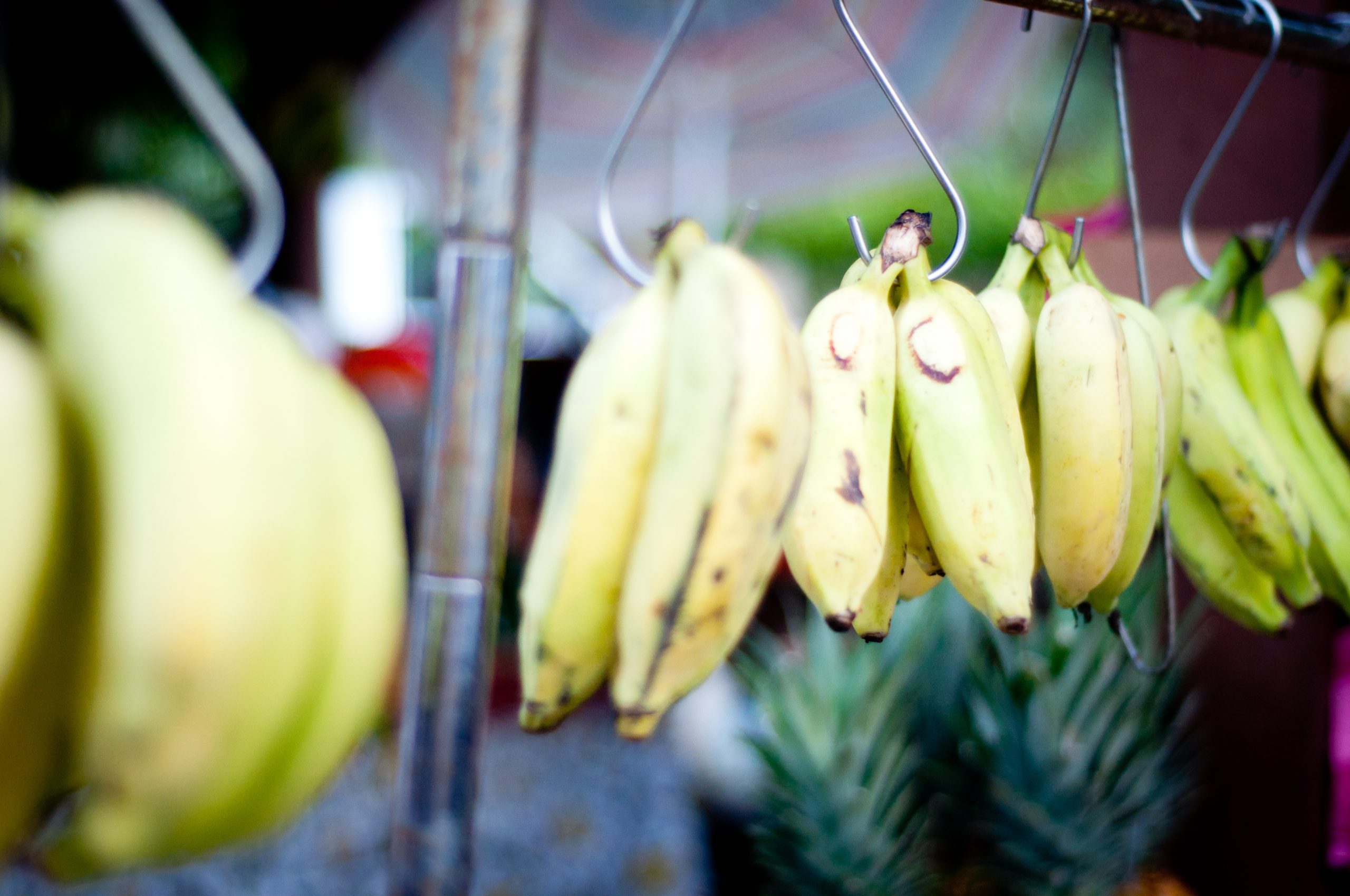 It doesn’t get much more authentic than freshly fallen coconuts. 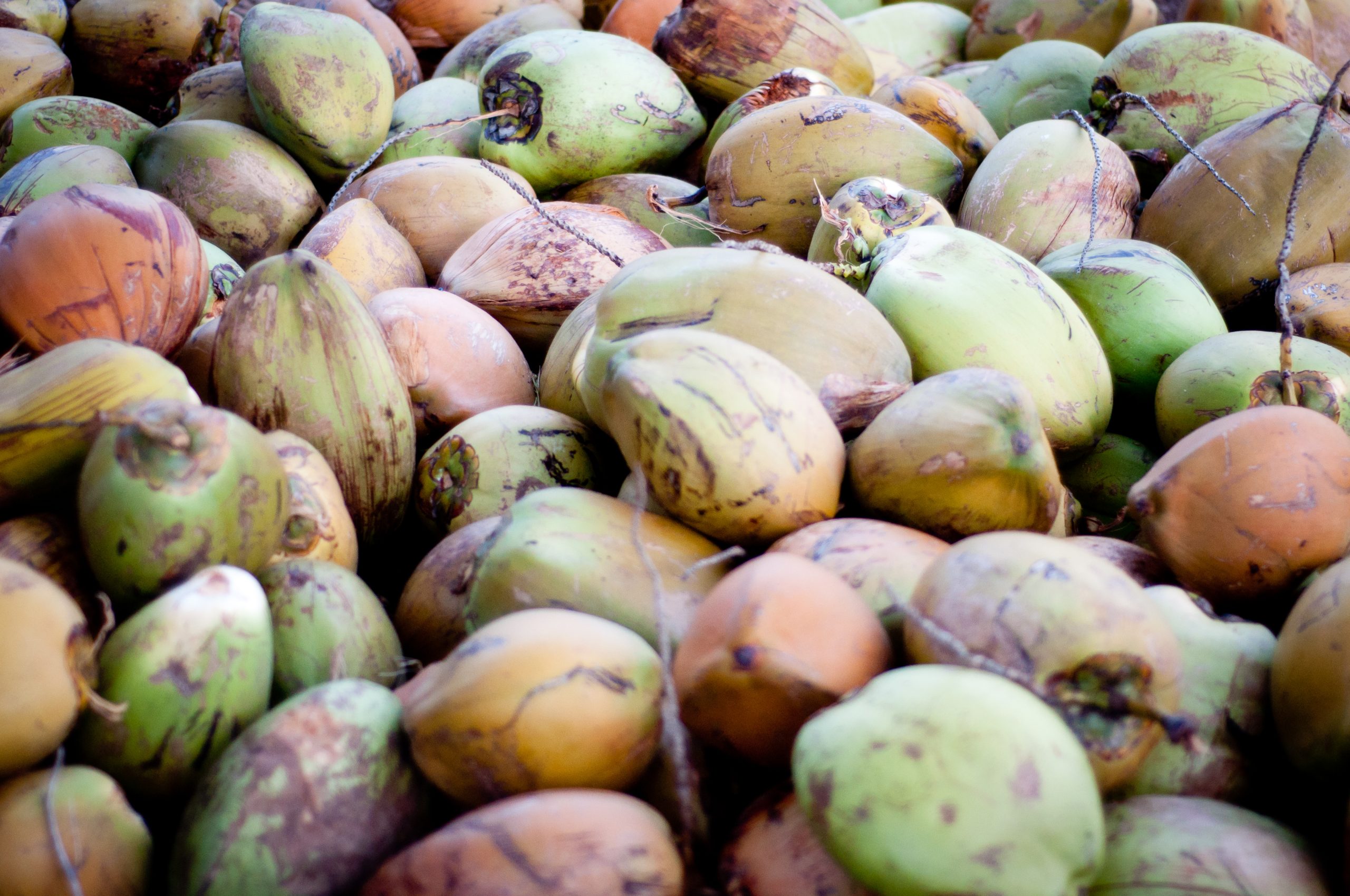 The owner helped us pick out the most fresh pineapple. 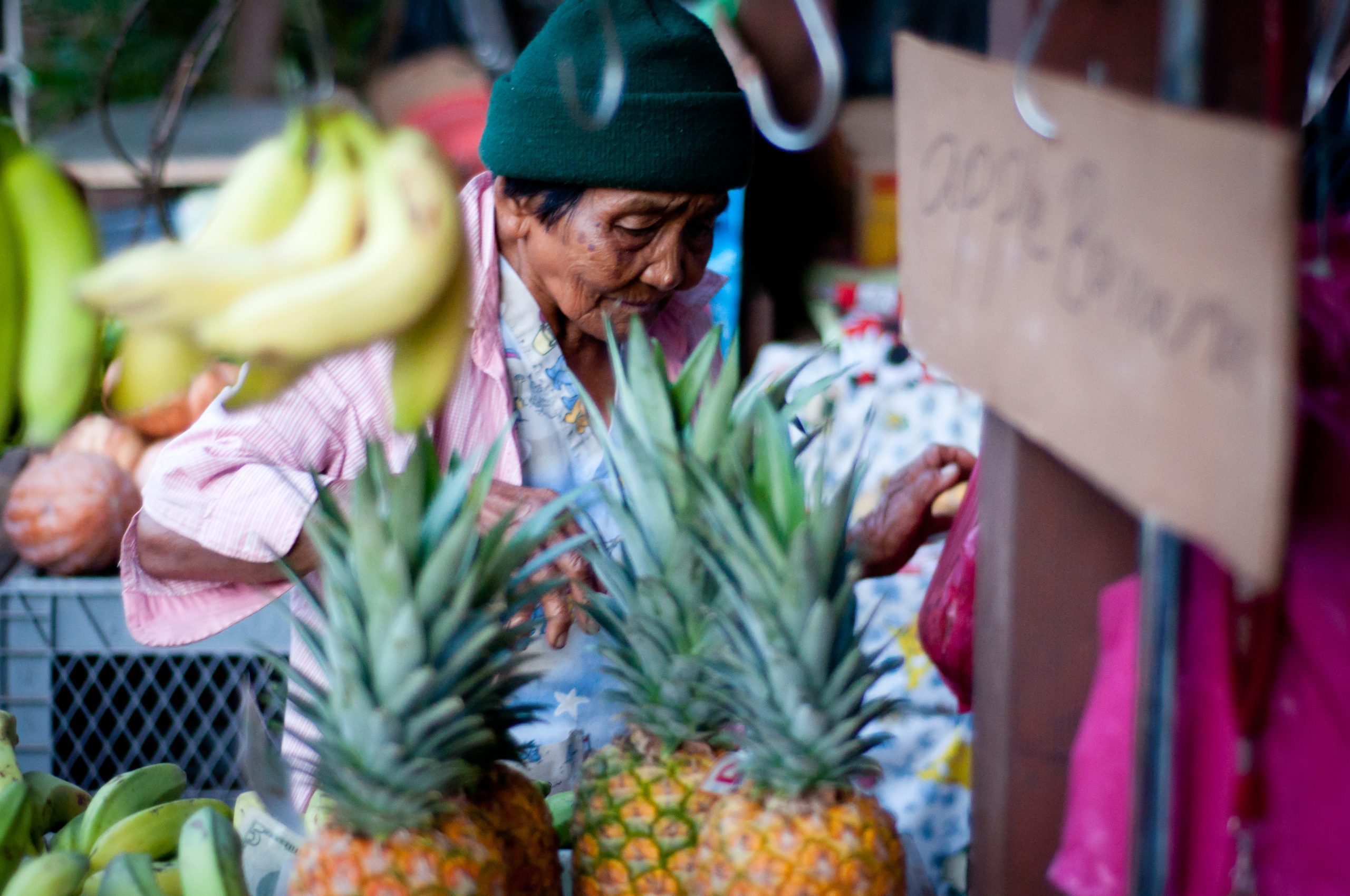 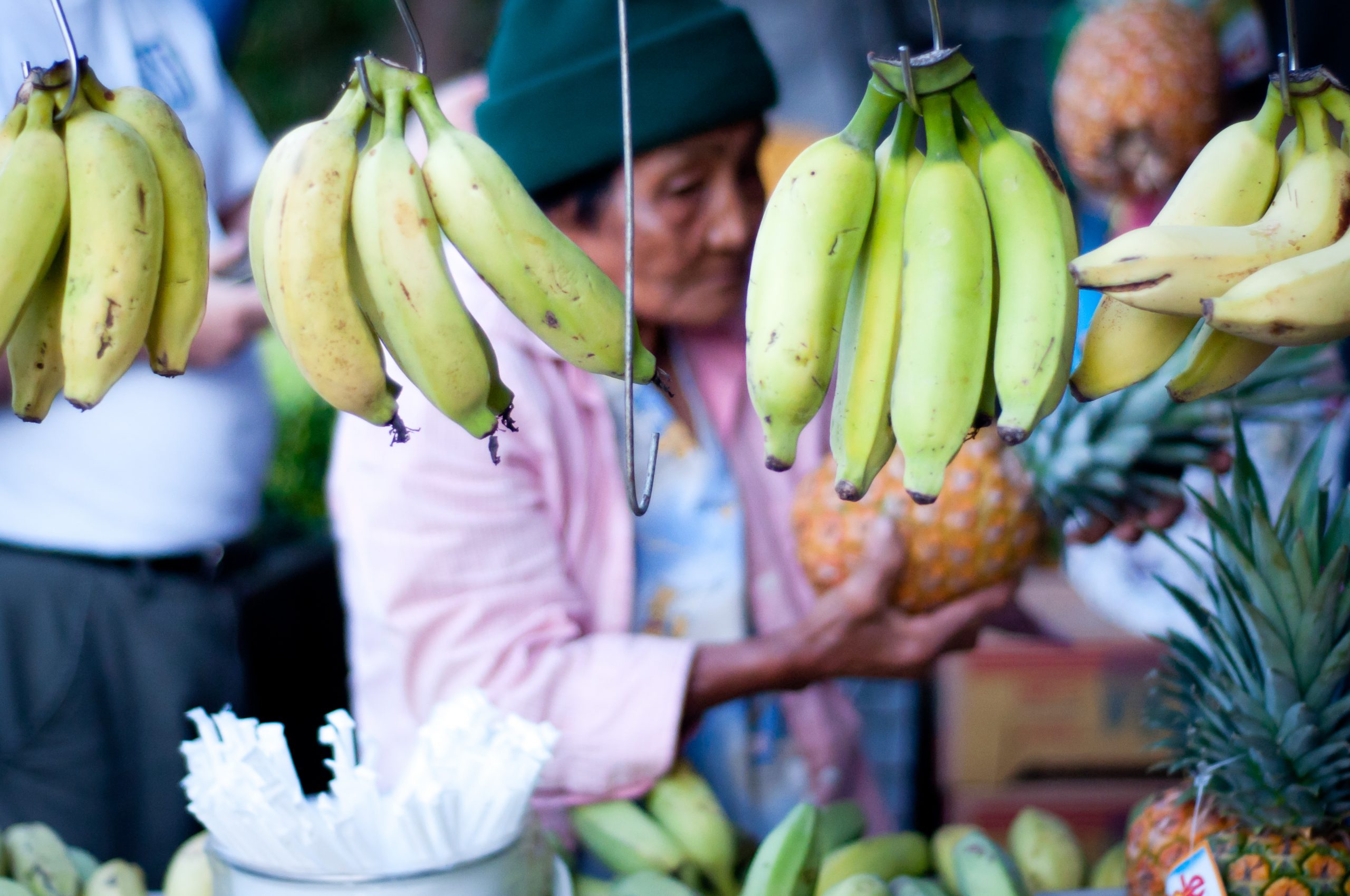 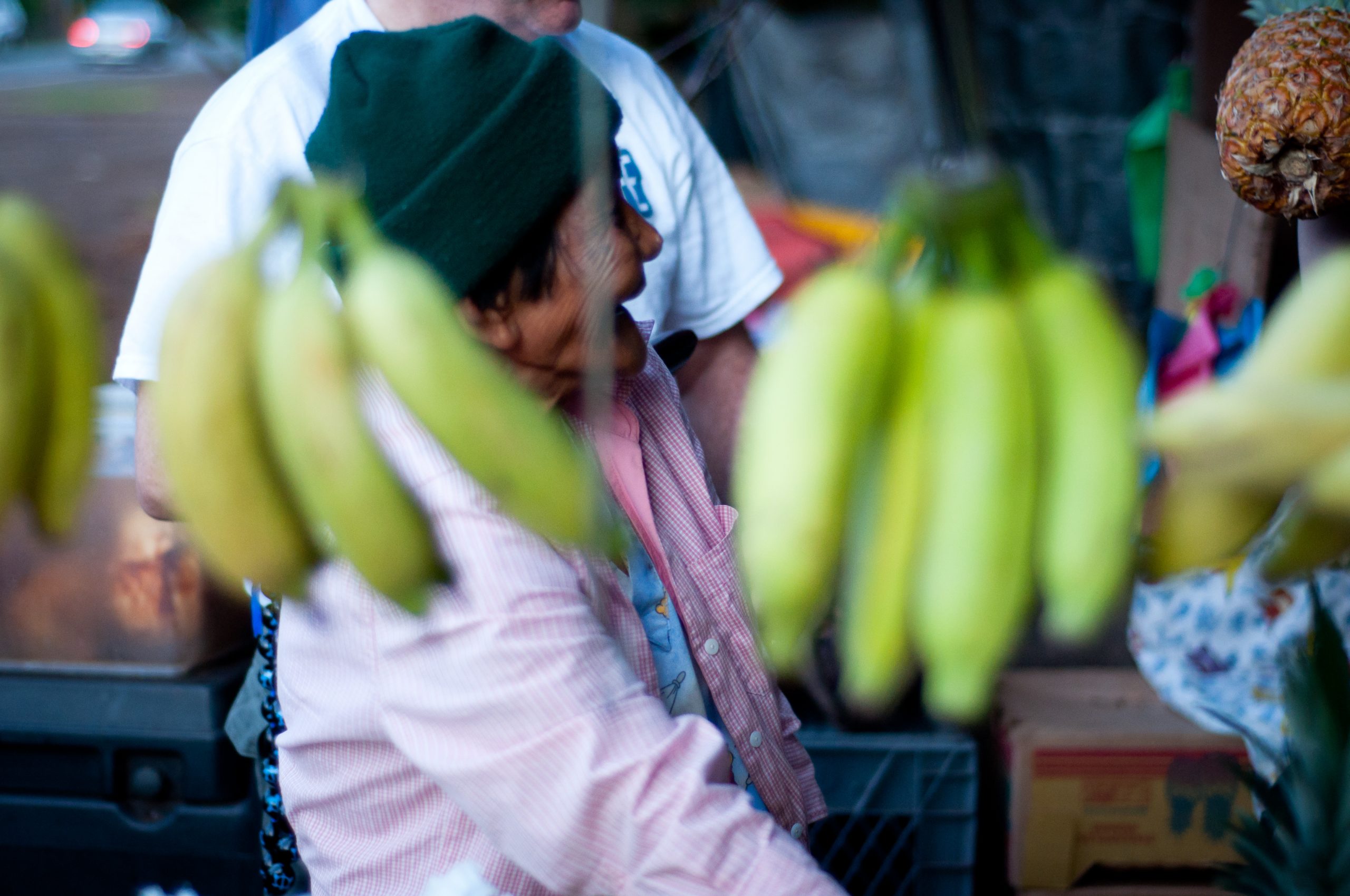 She even threw in a few apples for the boys. 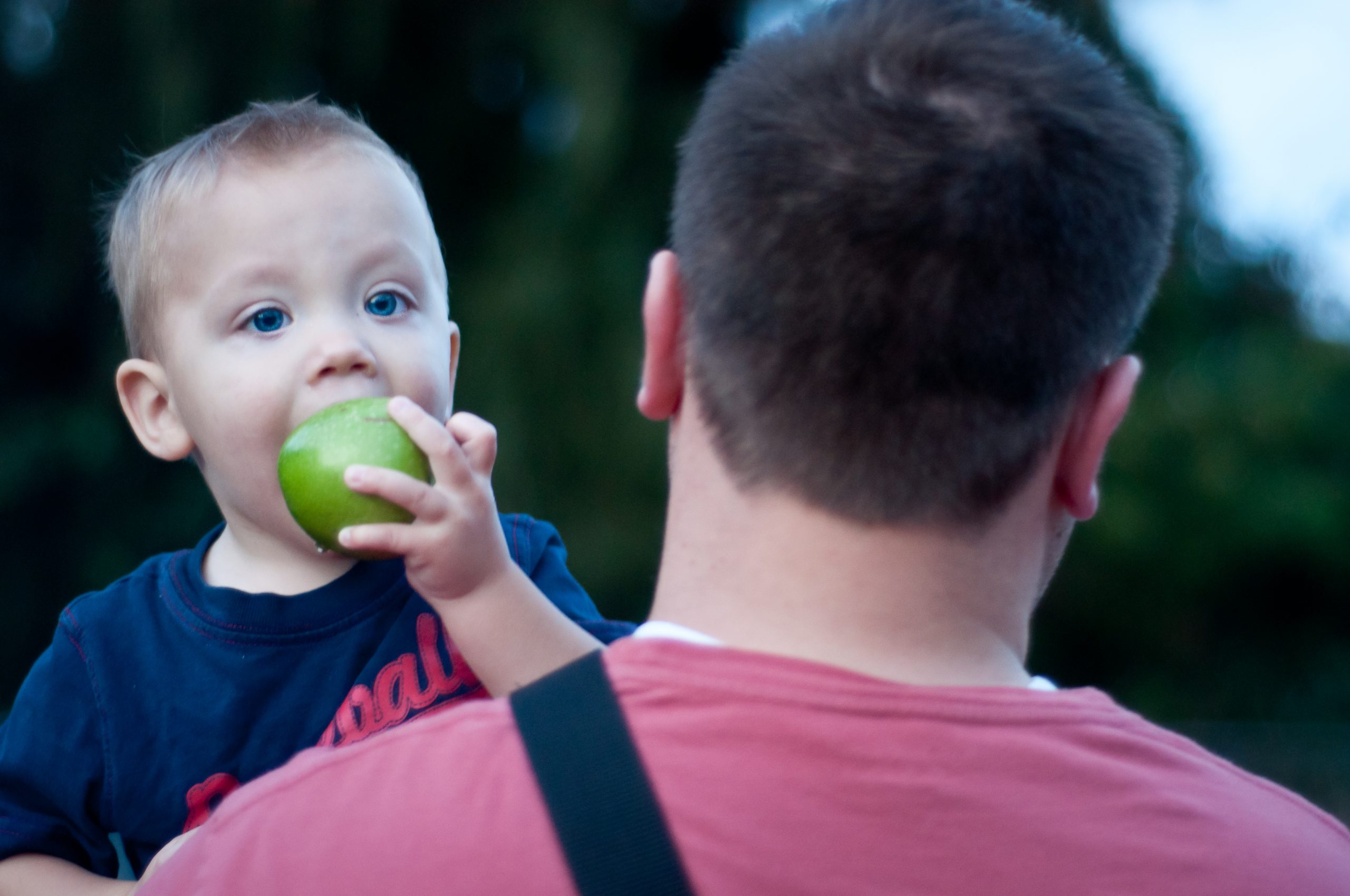 Troy thought it was important to take a morning and visit Pearl Harbor since Blake shares a birthday with that tragic event. Troy sat everyone down at the beginning of our trip and wrote out detailed daily schedules to ensure that we fit in everything that we wanted to do. It was super helpful to reference the agenda every day. I think I may be be rubbing off on him. 🙂 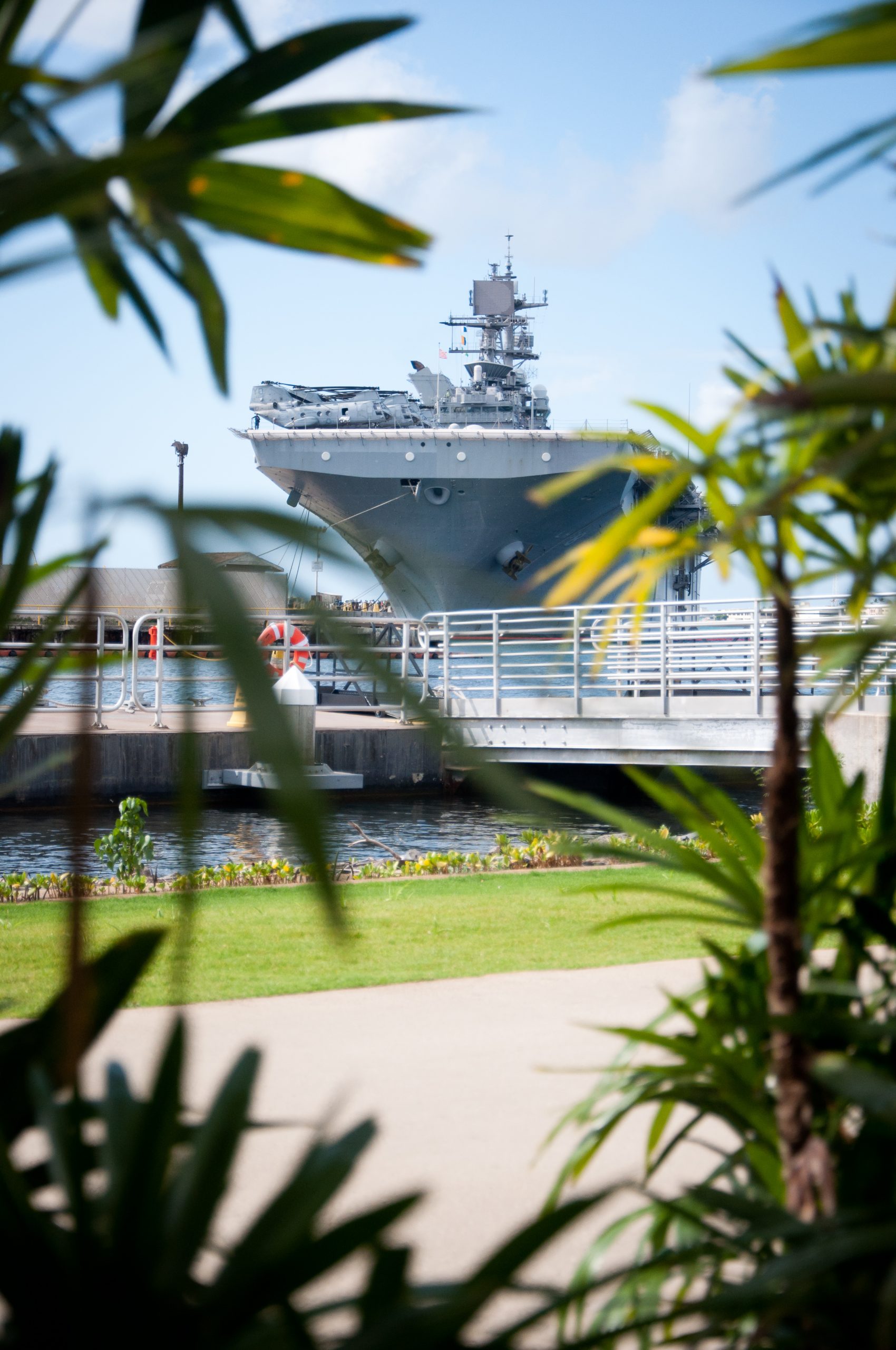 Nash and I played in the palm trees while Troy and Blake watched a short documentary about Pearl Harbor. Blake summed up what he learned by stating, “There were airplanes that had pombs (bombs) and they broke a lot of boats and then there was a lot of steam (smoke).” Well put. 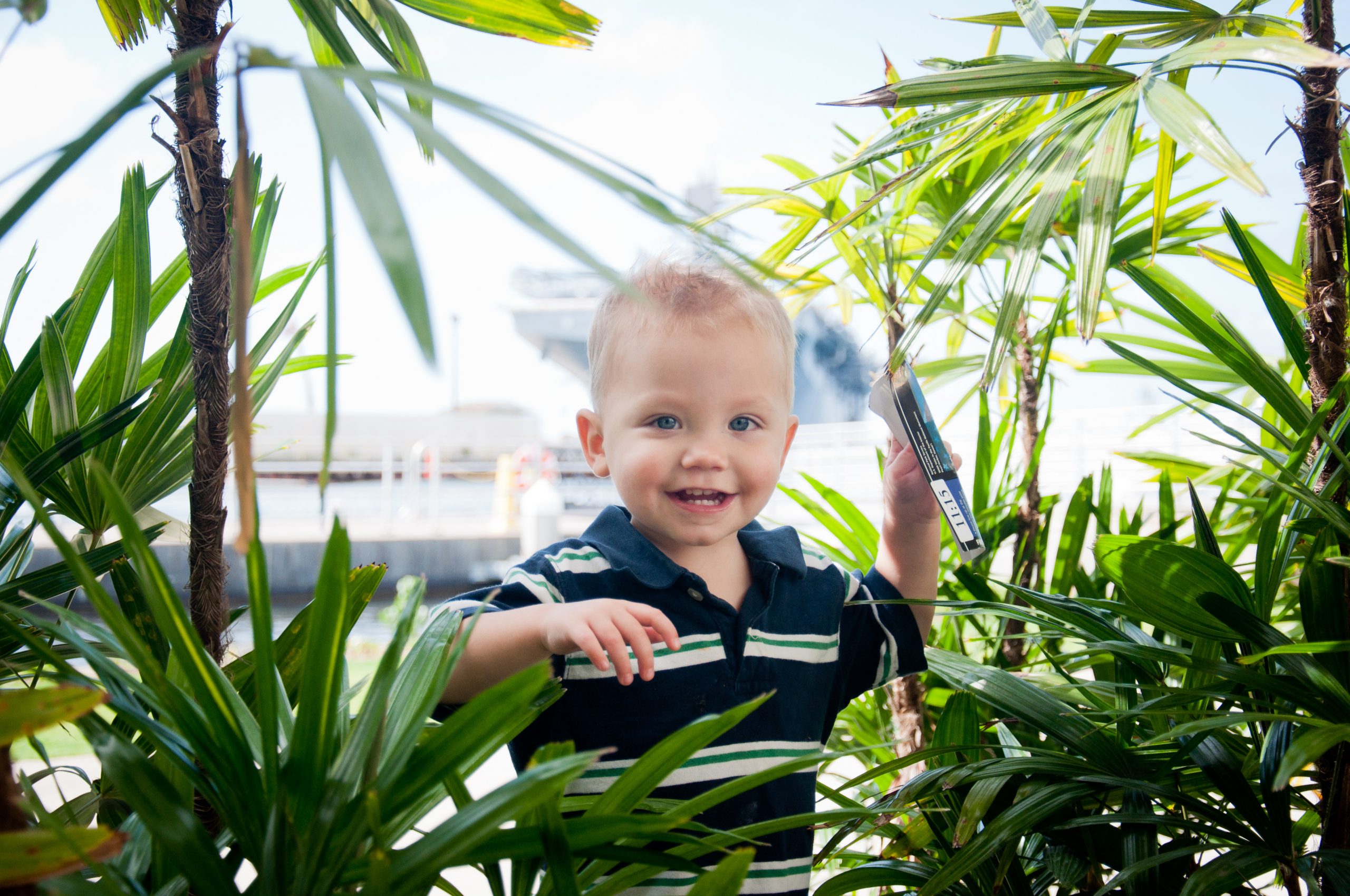 Then, Blake and Nash became celebrities. A group of ten or so young Koreans spotted Blake with his blue eyes and blond hair and like the paparazzi started continuously snapping pictures standing next to him. He became really confused and uncooperative about all of the pictures, so when Nash and I showed up a few minutes later from the ticket line, the entire group rushed over to him and one by one proceeded to snap about a hundred more shots with another blue-eyed boy.

We heard them exclaiming, “American babies! American babies!” It was really one of the funniest things I’ve ever experienced. Troy thinks they must have come straight from the airport and our blond haired children were the first they had ever seen in person. I really wish I would have taken a picture of them instead of Blake’s expression during the aftermath of the photoshoot. 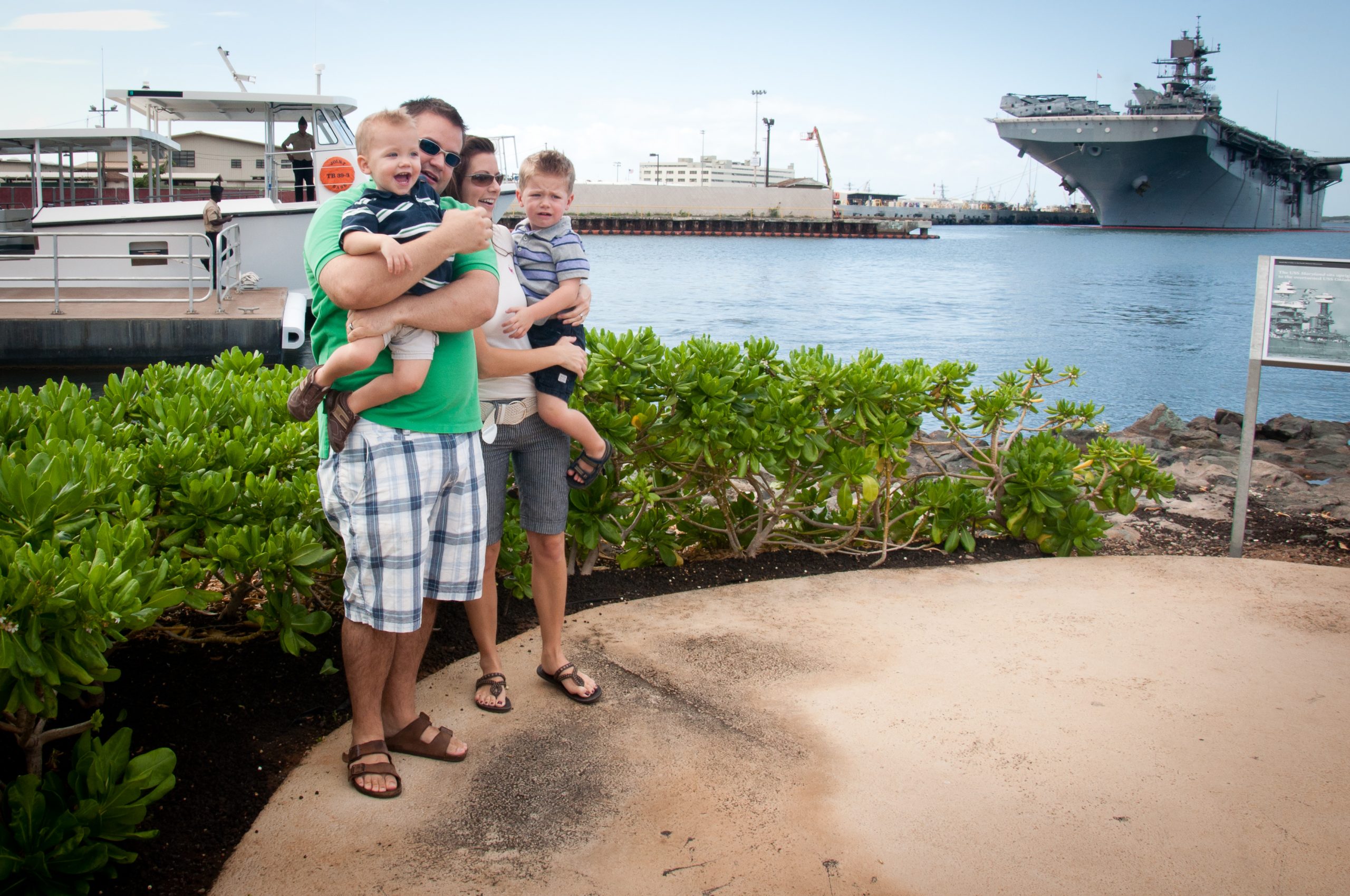 We jumped on a ferry to visit the memorial that rests on top of the sunken USS Arizona battleship. 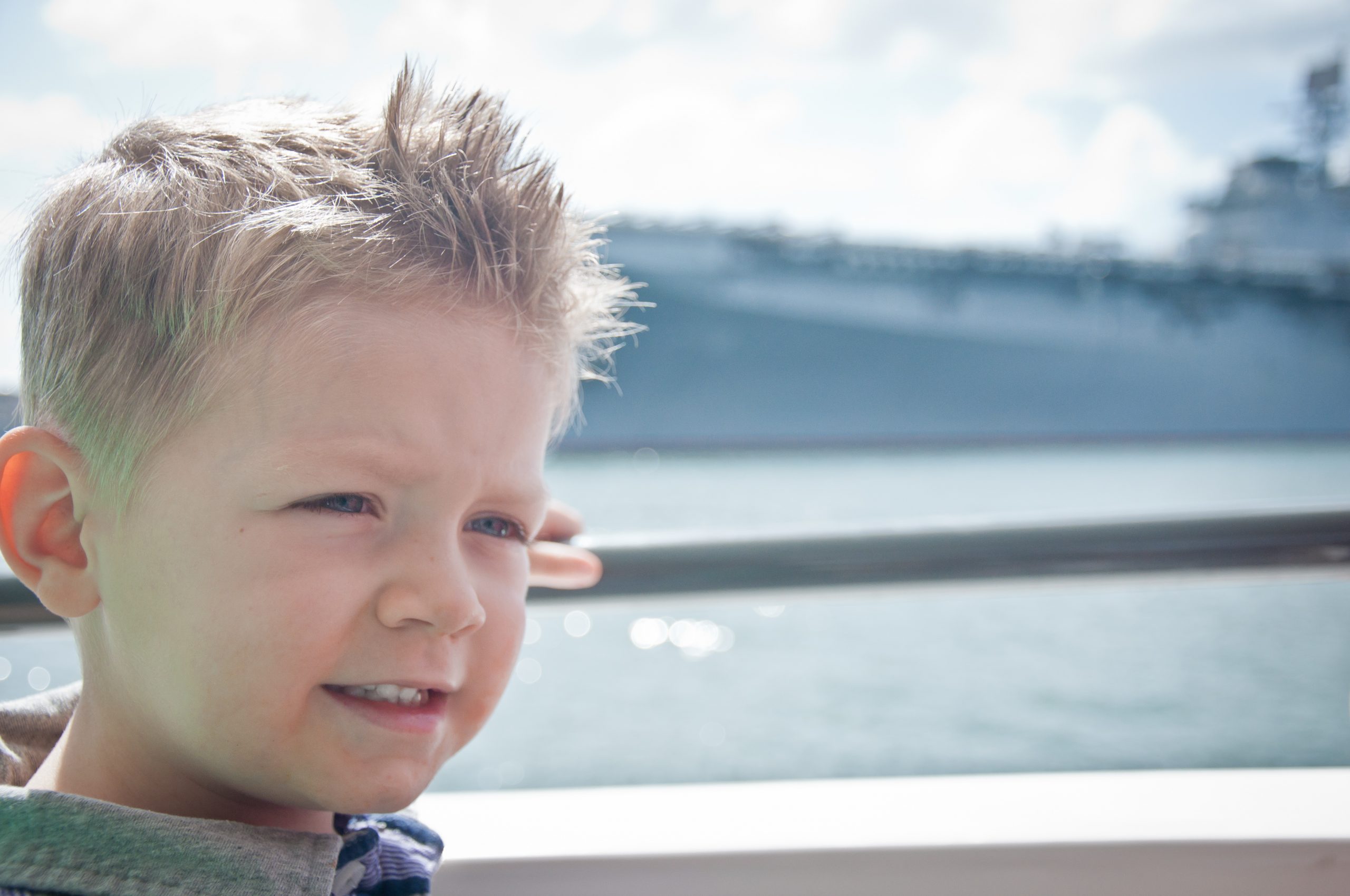 Within the memorial, there was a wall devoted to the names of the seamen that perished. The building was also constructed symbolically. It had 21 openings that represented a twenty-one gun salute. 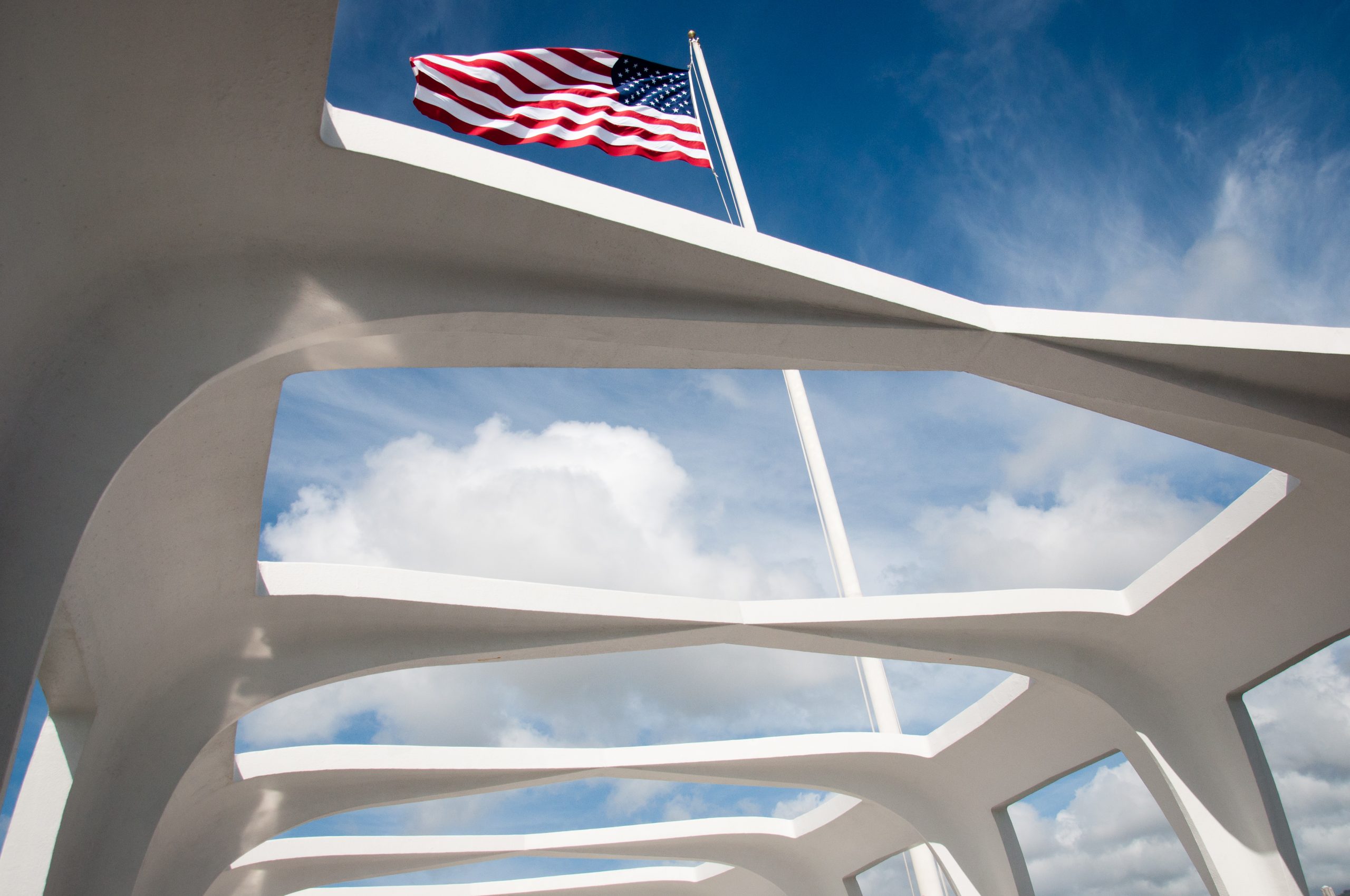 The one thing that surprised me the most about Hawaii was how green and mountainous it was. I never minded our drives to various places because on one side of the road we saw the endless ocean and on the other side we saw beautiful rolling mountains. It was really breathtaking. 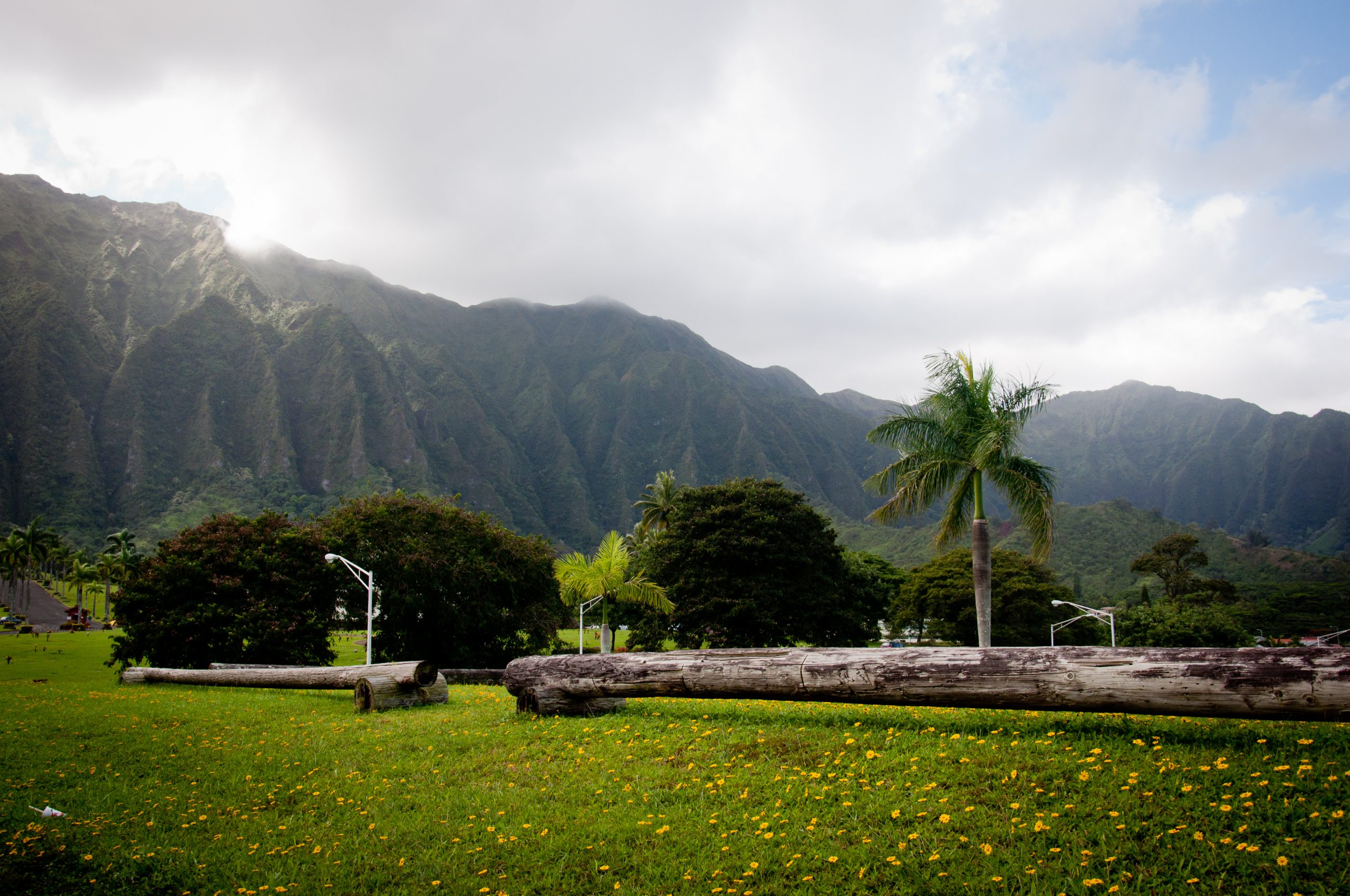 It was pretty surprising to see colorful peacocks roaming around as well. 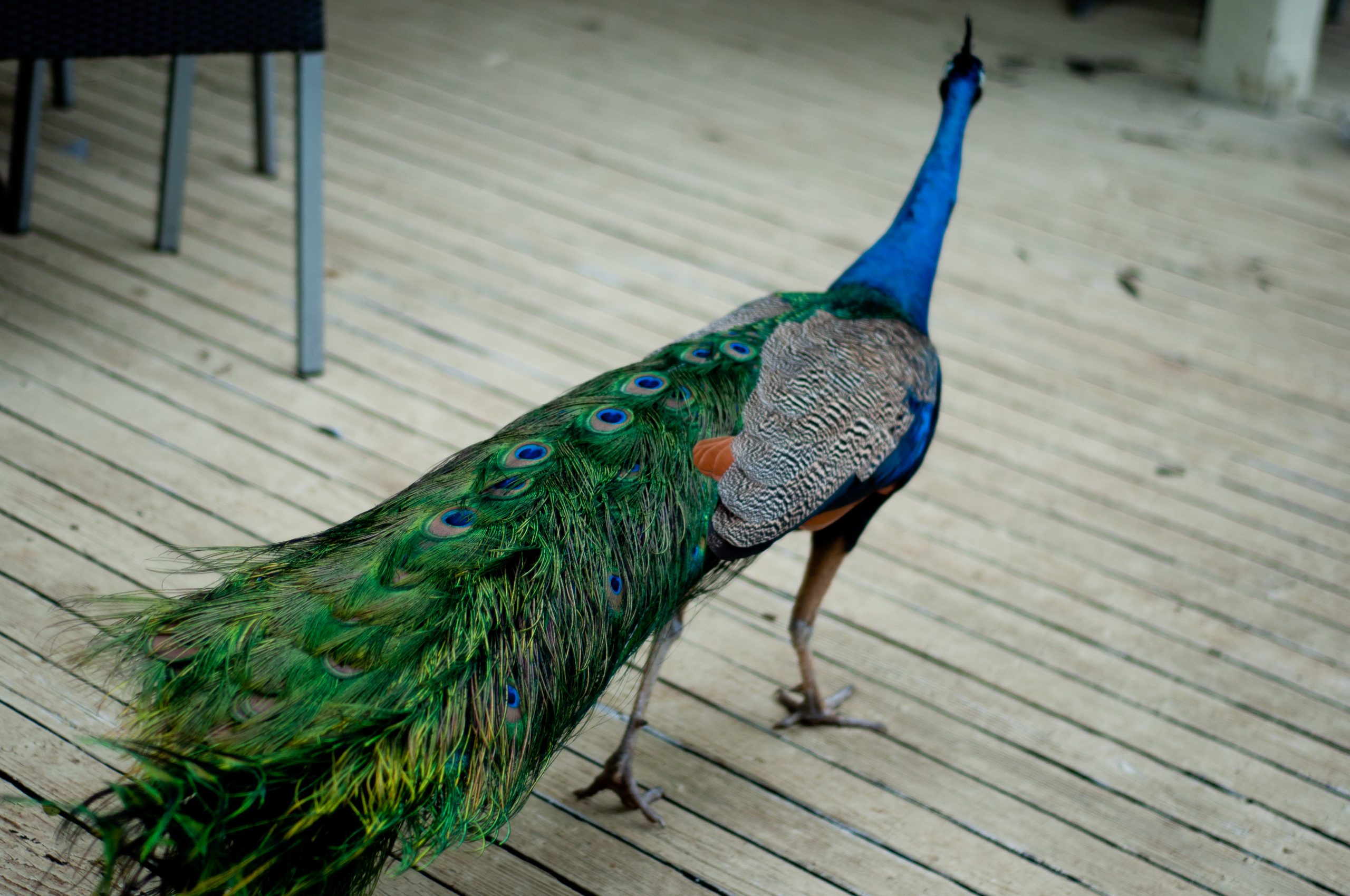 One of the coolest things we did was soak in a friend’s hot tub overlooking the ocean at sunset. 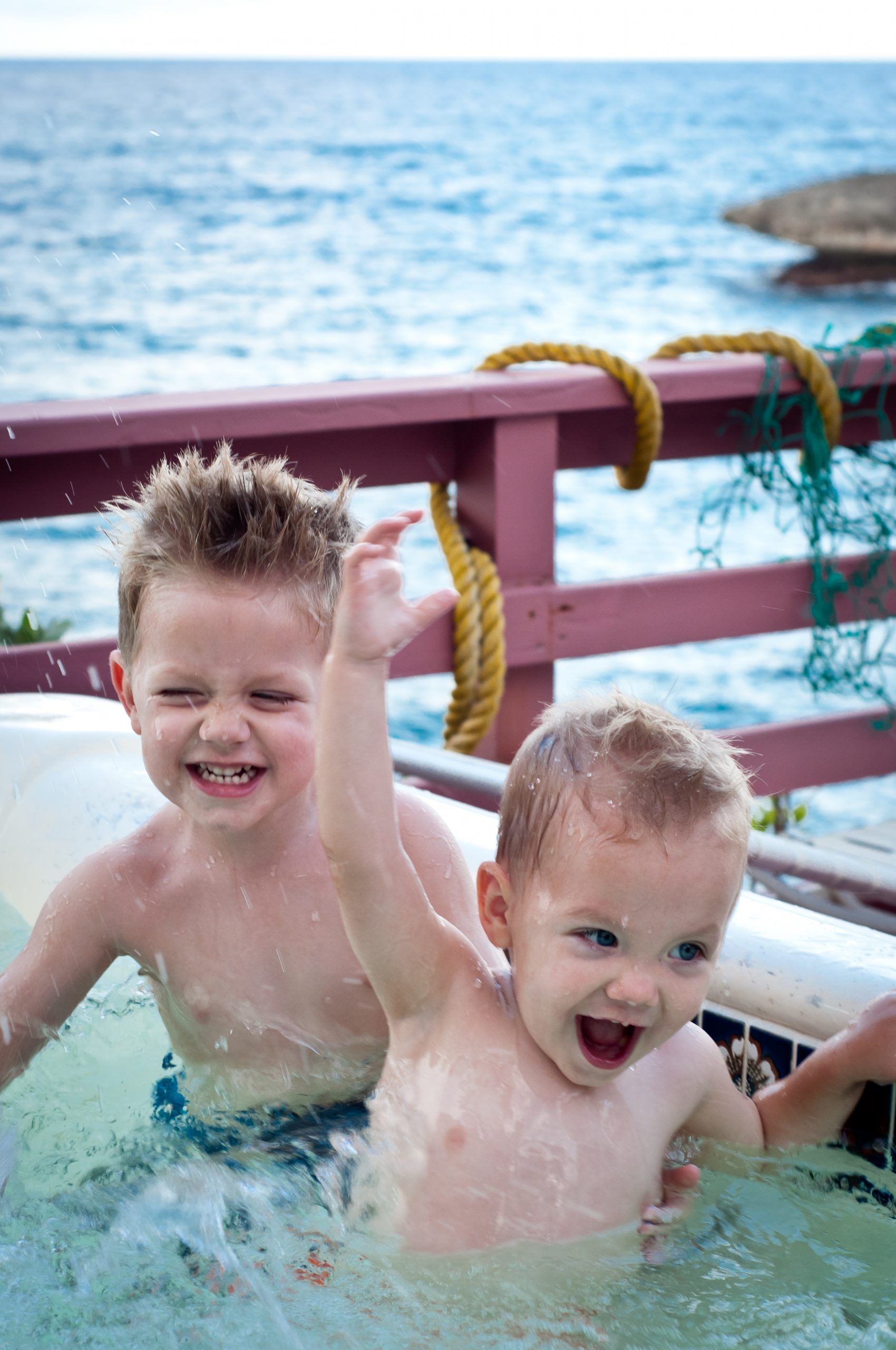 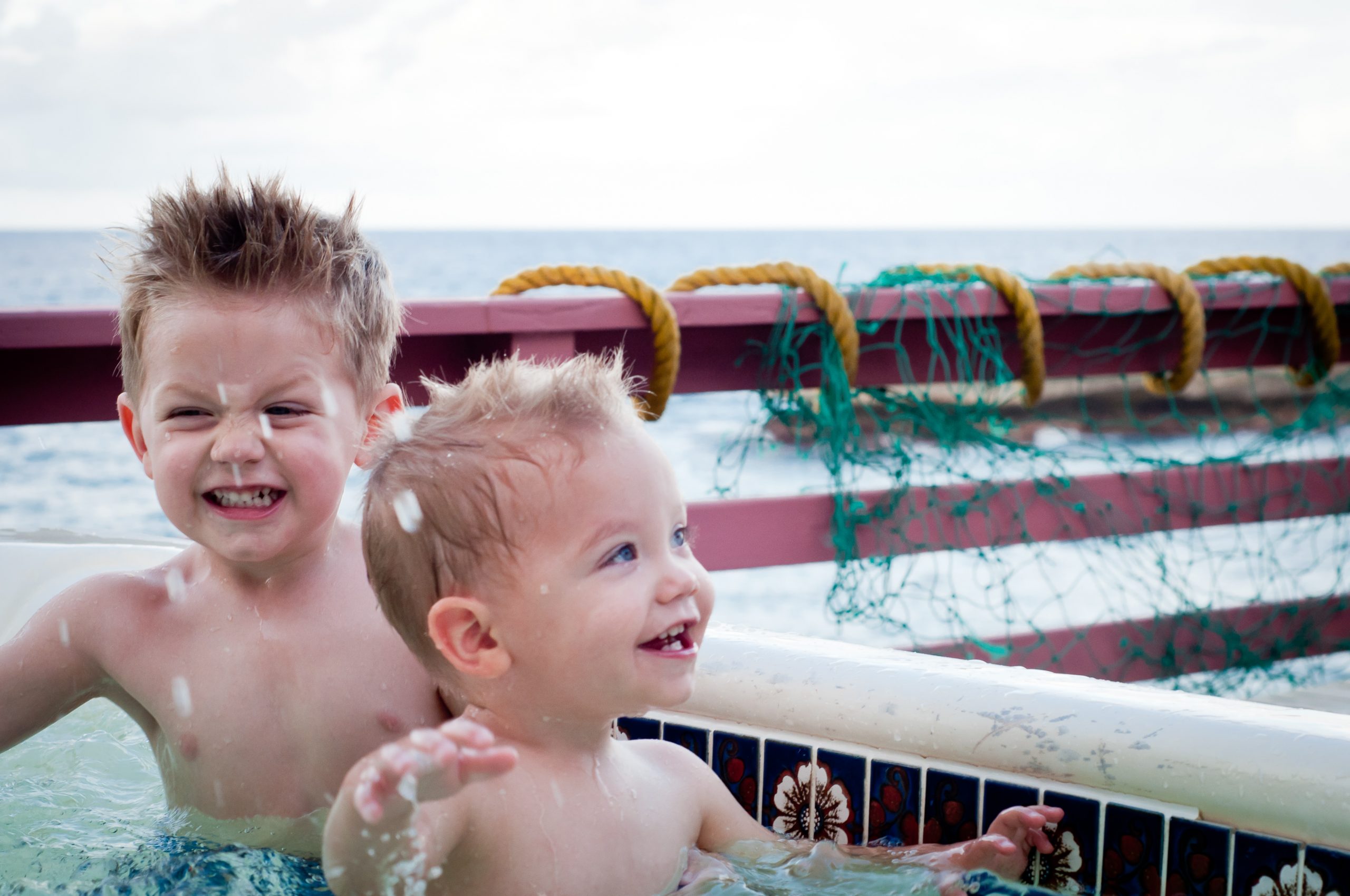 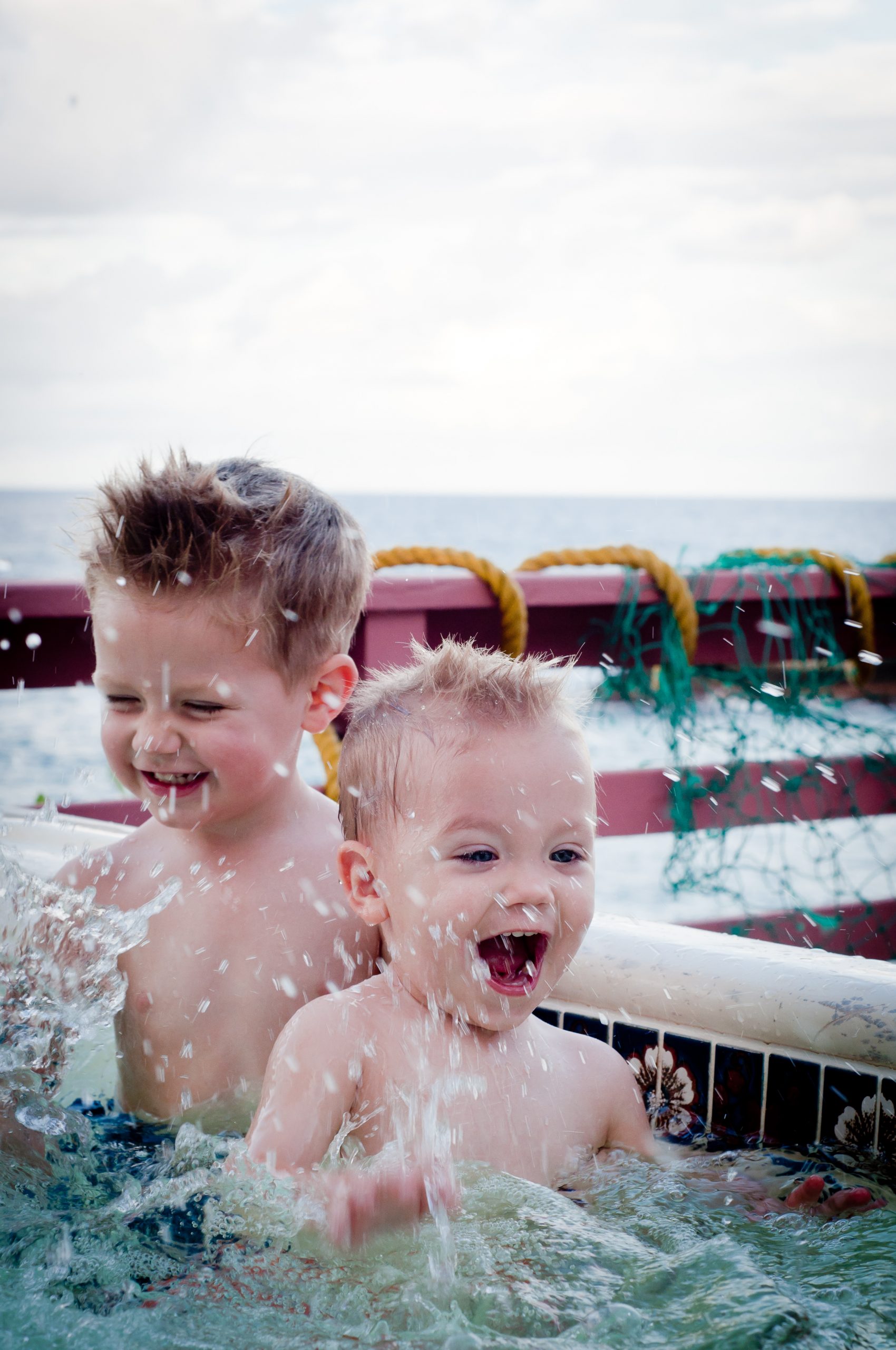 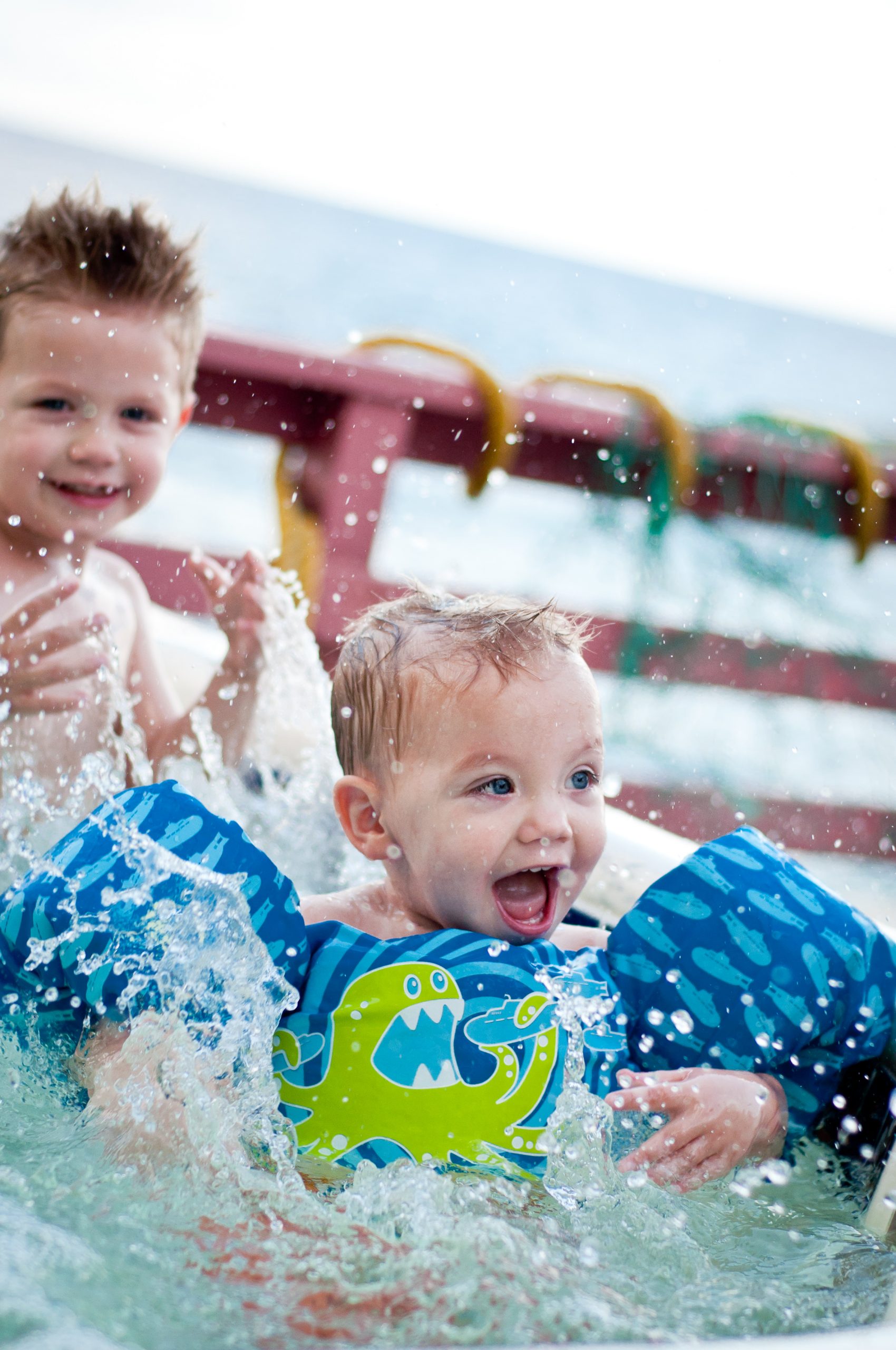 Uncle Todd was the favorite as usual. 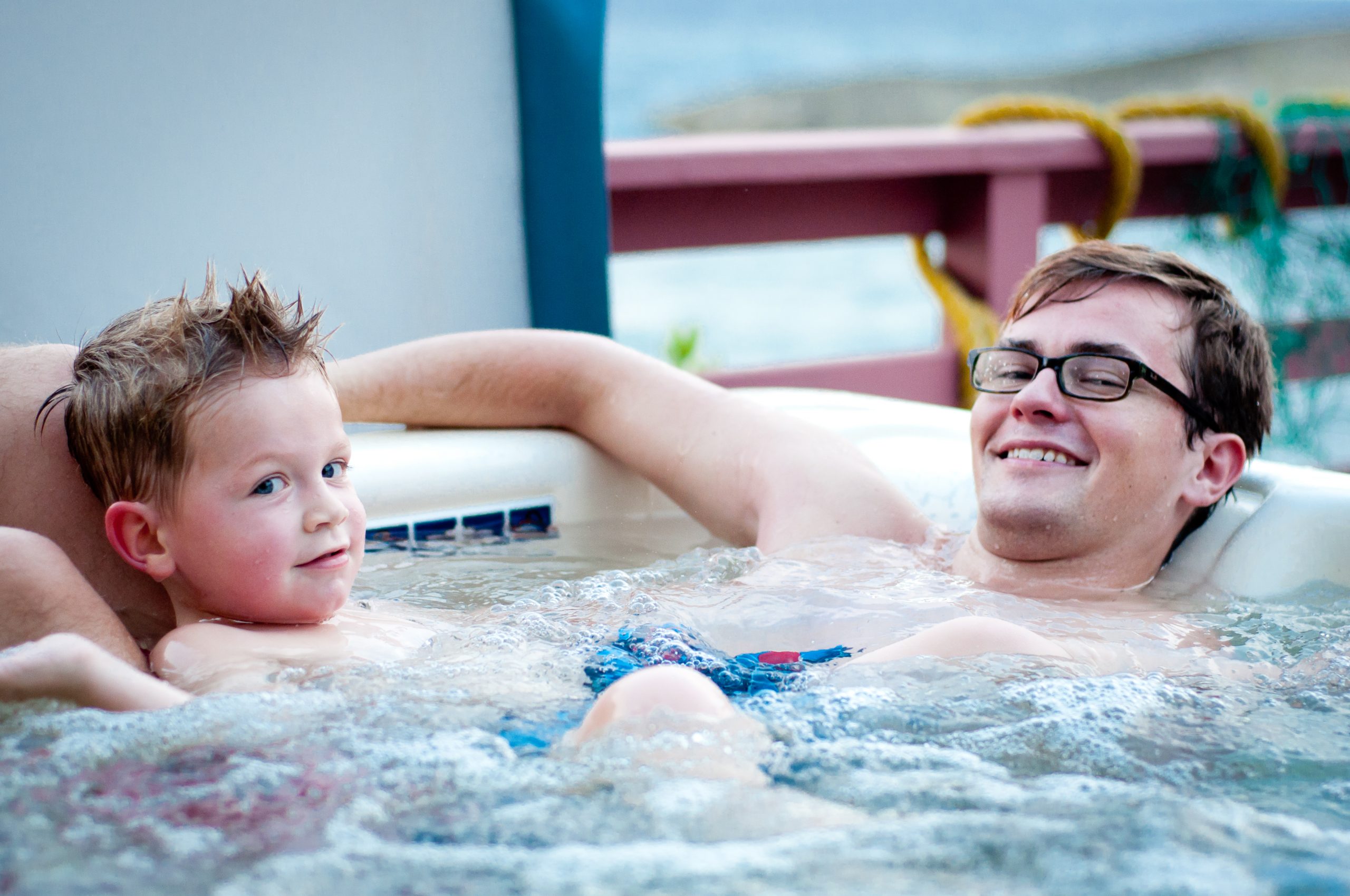 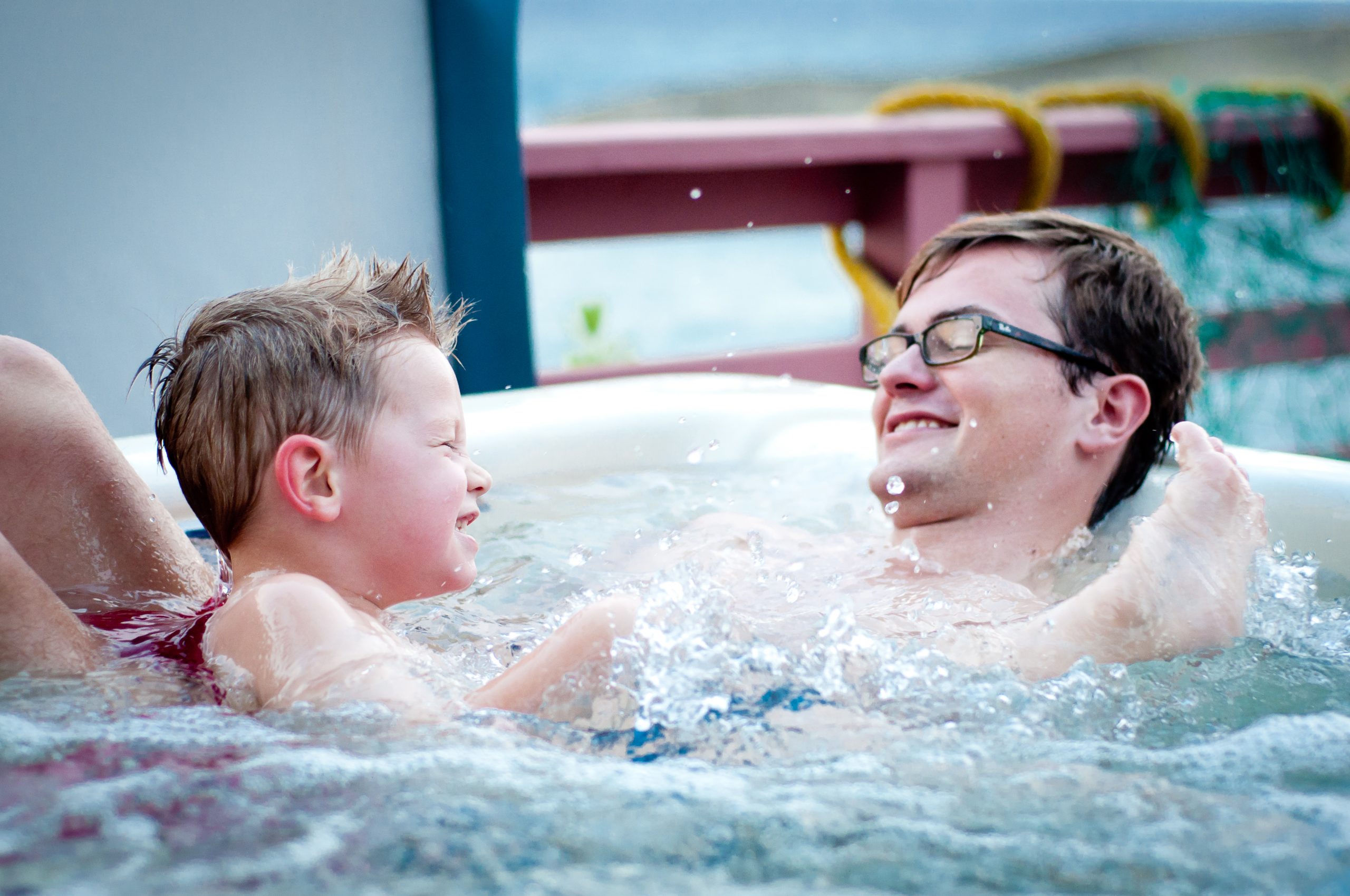 We were on the wrong side of the island to actually see the ball of sun sink into the ocean, but the lit up pink sky was just as dazzling. 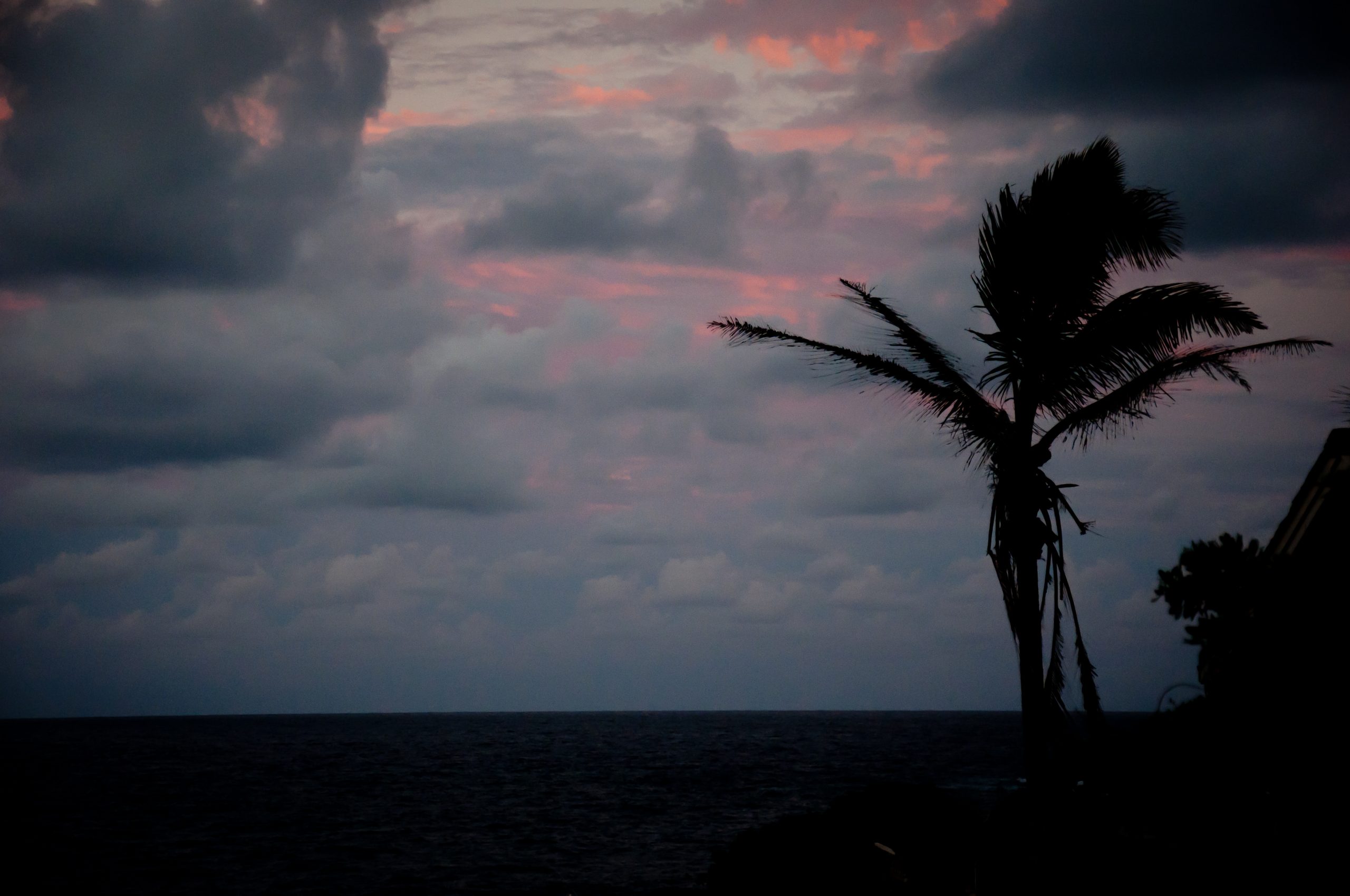 ‘Till next time, Aloha. 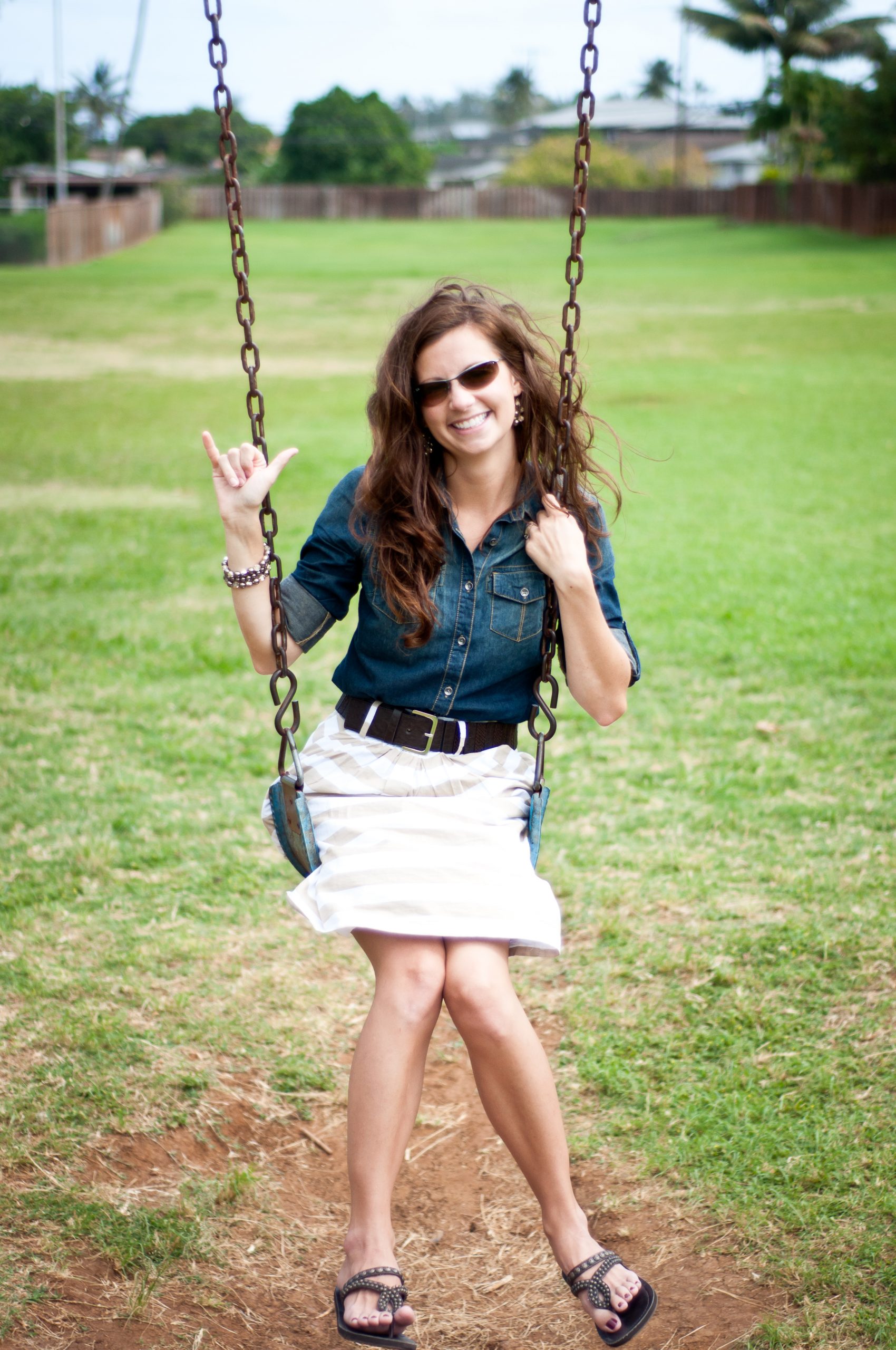