The boys are sick, again.

We only had two completely healthy weeks and now we are back to being homebound again. Usually I can count on at least a month in between coughs and colds but we can’t seem to catch a break this year. I am beginning to think that it’s not worth it to go to outings with friends during the winter if the boys are just going to get sick over and over. Whatever is going around just keeps coming back to us.

However, we all go really stir crazy when we have to cancel playdates and miss preschool and stay within the confines of our house. So, it’s just a viscous cycle of go out/get sick, go out/get sick, despite my religious hand-washing efforts.

The boys disassembled the entire couch on one of our many sick days. It was nearing bedtime and I was calling out countdown minutes to the dreaded event, when Blake announced, “Mom, take a picture of us on the cushion!”

Normally, it would not have been a “picturesque” moment. The lighting was bad, their hair wasn’t done, and I was so ready to put them to bed. But then Blake wrapped his arms tightly around Nash and showed me his widest smile.How could I resist actual cooperation for a picture? That happens almost never without me making a fool out of myself or dishing out heavy bribery.

I obliged to Blake’s request, and even though they were hacking their lungs out, it made me like our stay-at-home days a little better. 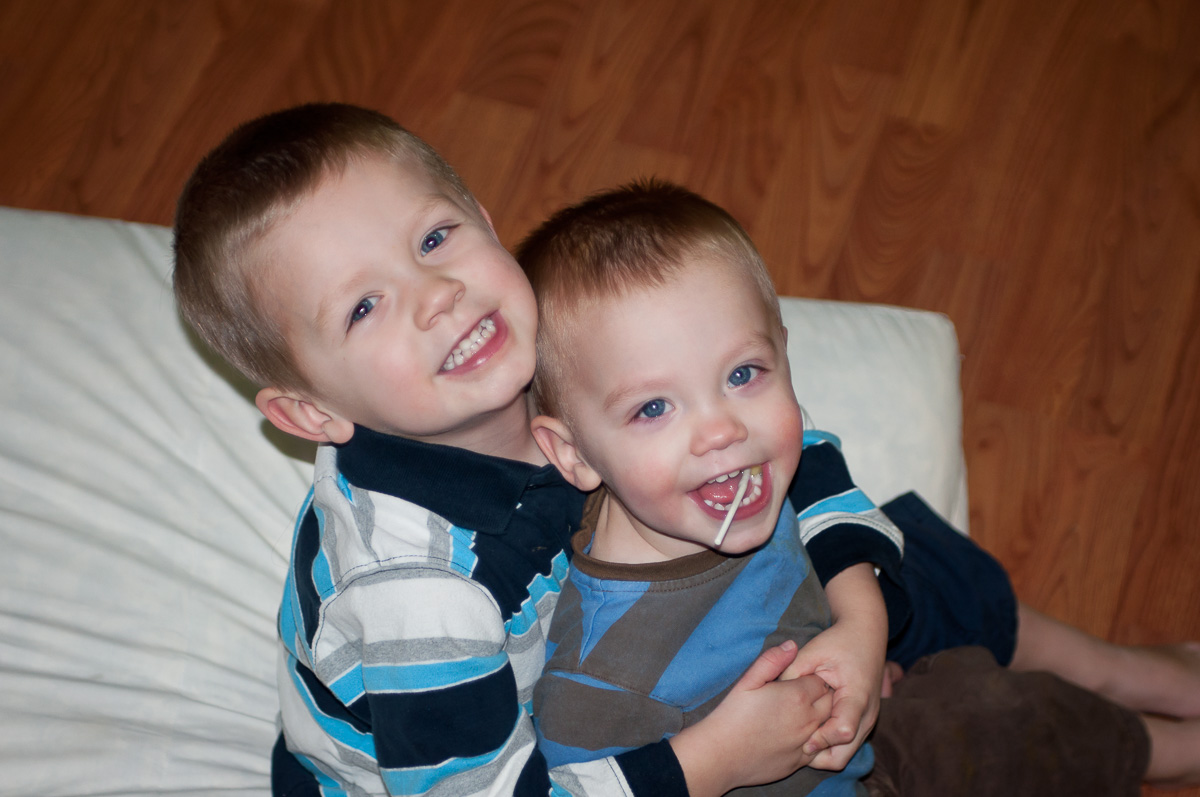 Because how often do I capture genuine smiles mixed with a cough drop sucker?