I was wrapping up my senior year in high school and every ounce of hard work and dedication that I invested in those four years culminated on that fateful day.

I was never one of those girls who daydreamed about getting married or becoming a mom or even going to college. I knew in the back of my mind that all of those things would come, but I just didn’t think much about my future back then.

That was because I was 100% absorbed in winning the state championship for competitive cheerleading. 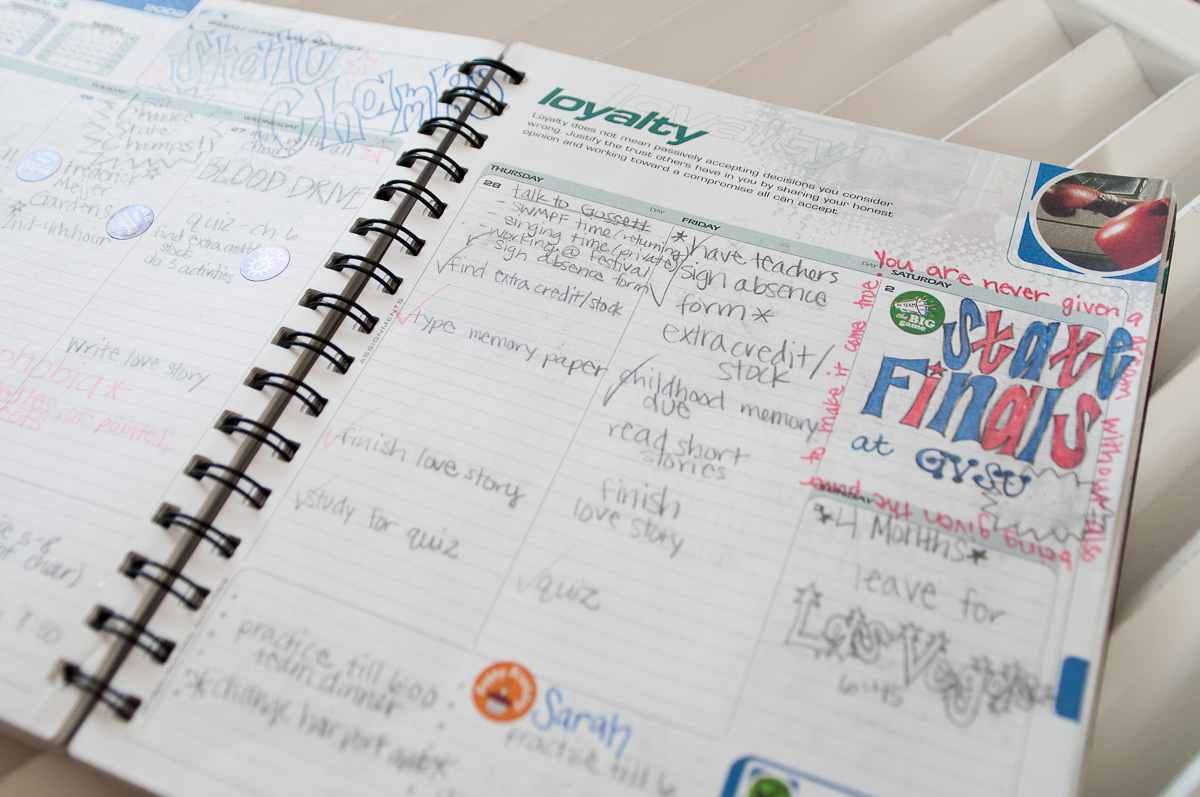 Our high school didn’t have “typical” cheerleaders. We never cheered for basketball games, we were all on the honor roll, and our season lasted from August to March. Football season was a time to prepare for competitive season. We practiced three hours every day, five to six days a week. We took weekly group and private gymnastics lessons. We bench pressed. We sprinted for agility. We ran miles to build up endurance. We coached younger girls in our spare time. We spent 10 hours every Saturday in locations all over the state for competitions. We literally lived, sweated, and dreamed competitive cheer.Our school had a legacy of winning competitions. We had several state championships under our belt, and an entire community of support rallying around us. In my senior year, we sailed through our conference and regional competitions, once again making us eligible for the state finals. 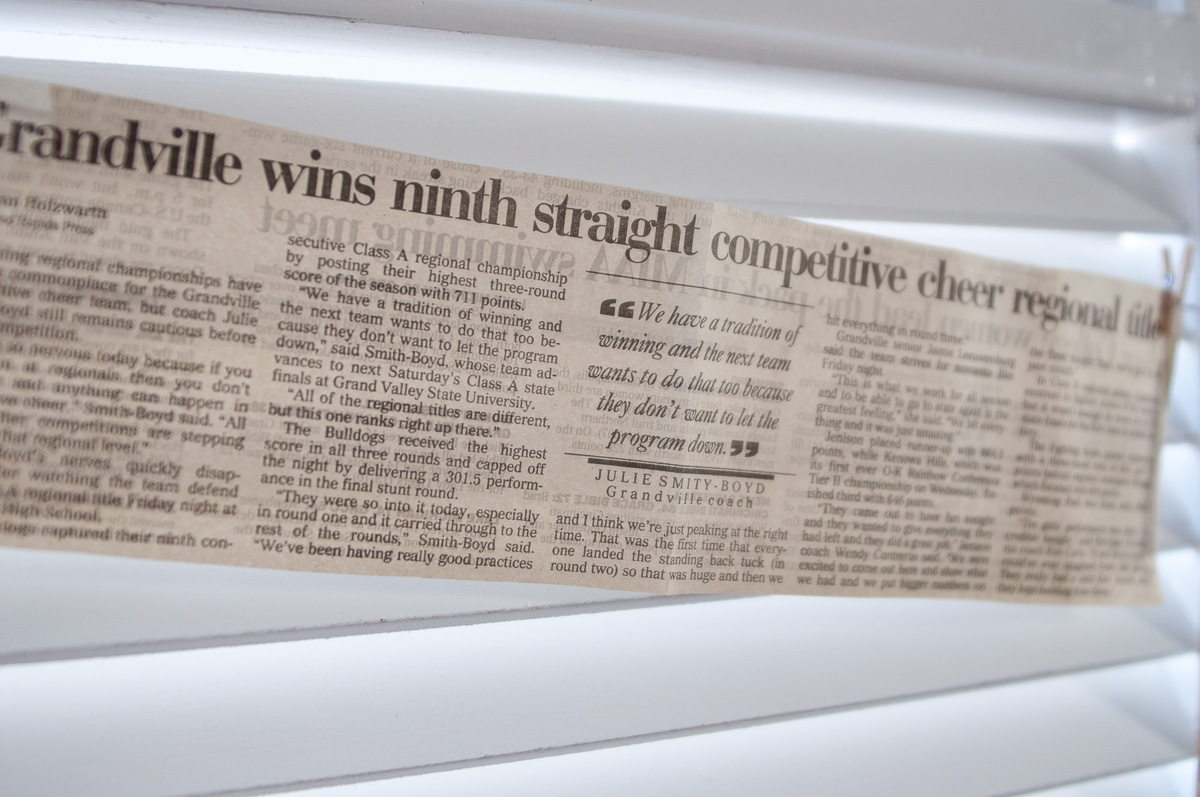 Our team was the first in school history to add a synchronized back tuck into our routine. We perfected the timing and landing of that difficult skill throughout the season, giving us a great shot at the state title. Our tight-knit group of twelve seniors was ready to fight to the end with the rest of our team in our last chance for the reigning title. 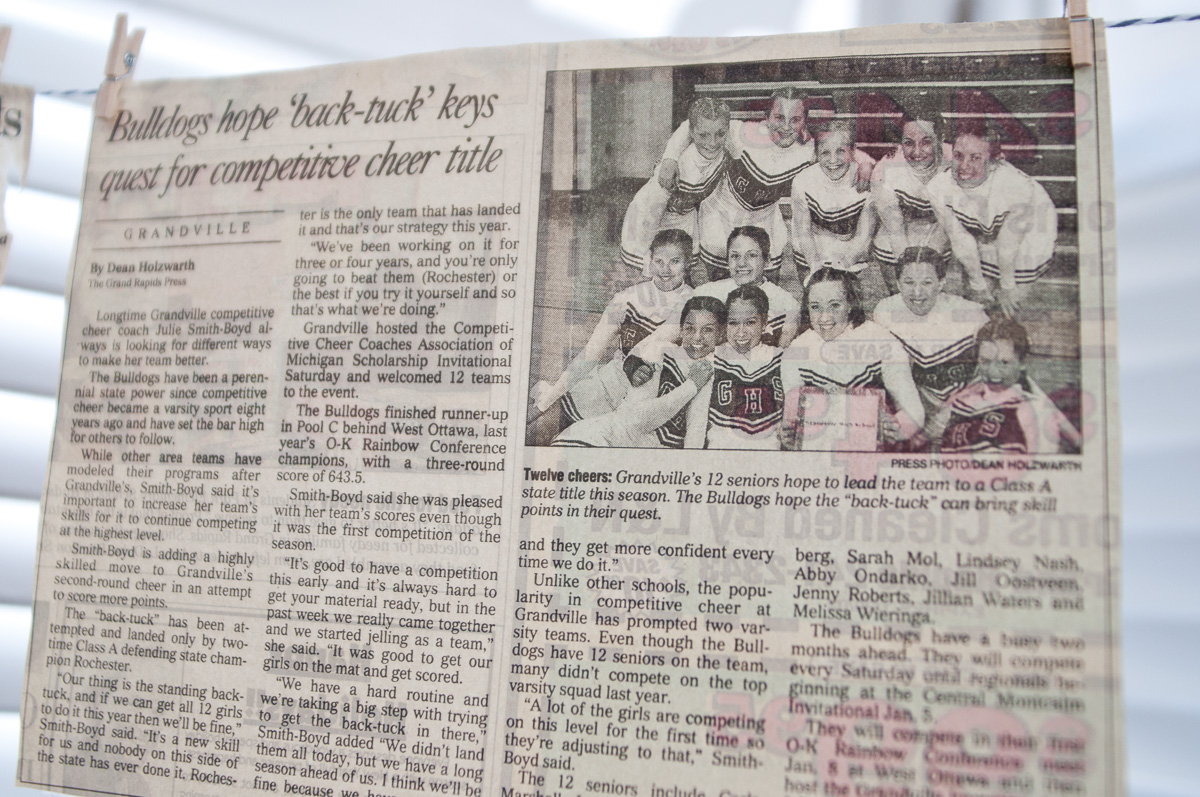 We were almost always flawless in execution. It was unlikely for any team to outscore us. With the exception of one.

Saying that name still makes a chill run up my spine.

The Rochester team came from the other side of the state, so it was rare to compete against them until the state finals. Just like us, they also had a legacy of state championships. The title went back and forth between our two teams since the program began.

March 2, 2002 marked the end of my four-year career. It was the last state finals that I competed in, and our team knew that the competition would be stiff. But we also knew that we had a great chance at winning if we executed all of our rounds with perfection.

Every stunt was hit, every back-tuck and back-handspring was perfectly in sync, and every motion was flawless.

Then, Rochester performed their third and final stunting round. The entire fan base collectively gasped when they dropped a stunt, which was unheard of for a team of their caliber.

In that moment, we knew that we were only minutes away from receiving the state championship. And Rochester did too. The girls on their team began congratulating us before the awards were given out.

But then the impossible happened.

A moment where time stood still and even when I think back now, the shocked emotions still come flooding back.

The Runner-Up title went to us.

Even though we performed to perfection, we placed second. No one could believe the outcome. We came up three points short to Rochester’s 715.5 point score due to subjective judging. 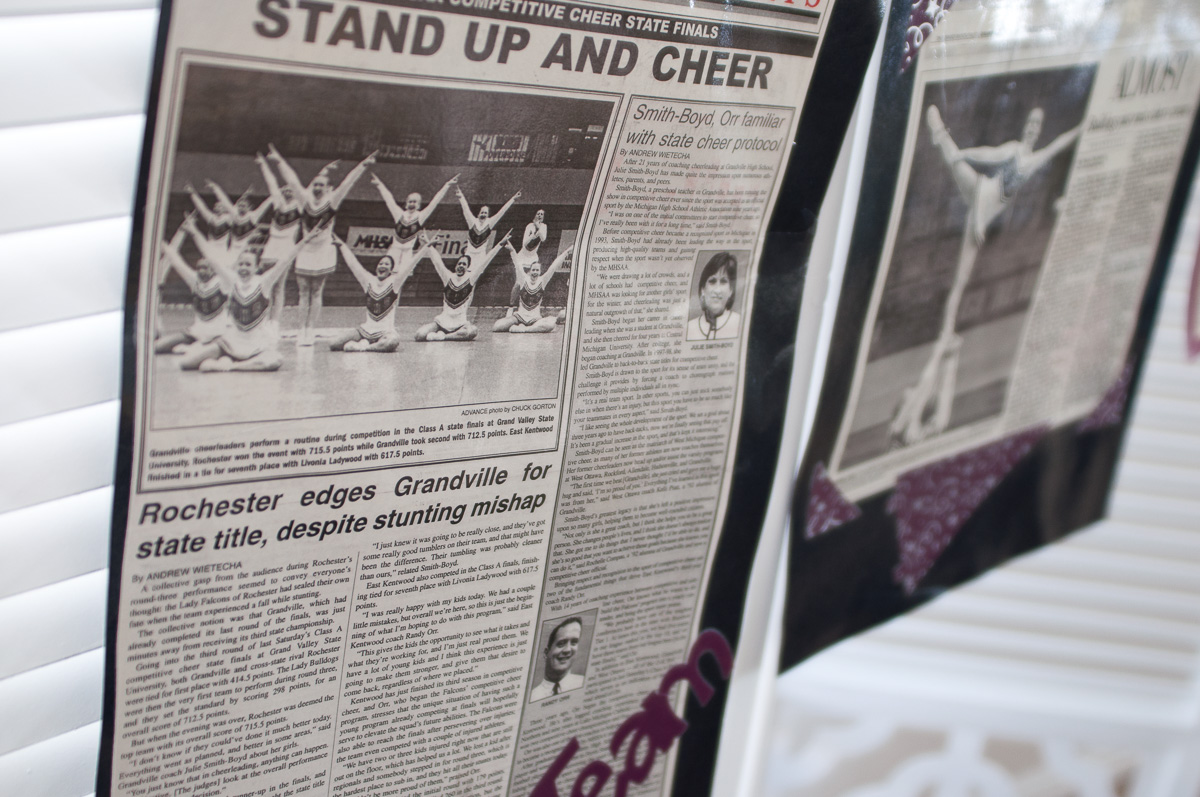 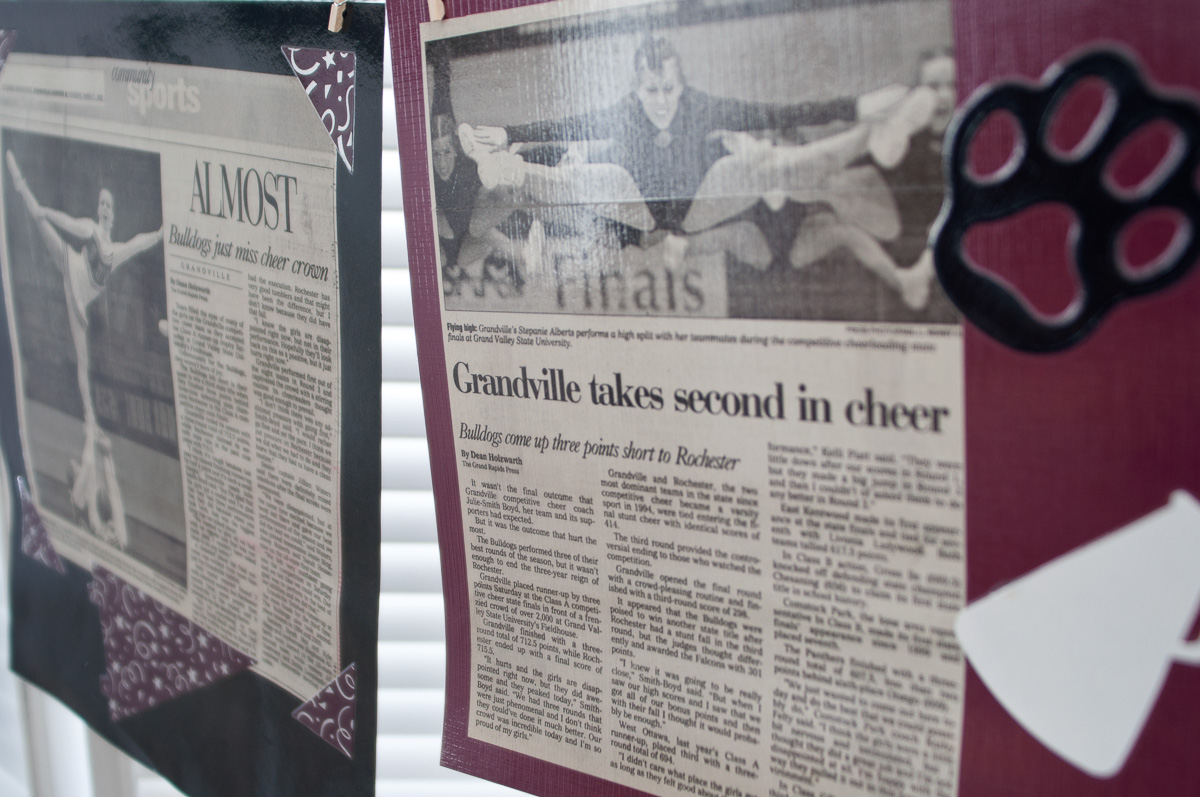 I still get chills every time I watch the video that was made for us that showcases the state finals. That day represented so much more to me than a first place title. It meant every sacrifice, every injury, and every lost night of sleep worrying about skills. It meant every fundraiser, every team sleepover, every dreadful summer camp, and 1700 hours of practice. It meant my entire team; girls I spent more time with than my own family.

The part that really touches me is the clip of our fan section, roaring with support. Parents, students, faculty, media, and the entire community were there to support us. I am always brought to tears in the moment where we knew that our fate was sealed as the champions. Before the official outcome was announced, we knew in our hearts that we couldn’t have performed more perfectly. And no crowning award will ever be able to take that moment away from us.

The six-minute video goes through our warm-ups and the three rounds we competed in, with a few uniform changes. It ends with the final outcome and lots of tears being held back.

I have occasionally thought back to that experience and the extreme disappointment that none of us understood at the time. Sometimes I still dream about the rush of competing. I don’t think I have ever felt a rush in quite the same way in any other aspect of my life. Sometimes I still try to make sense of what happened that day, and what we possibly could have gained from that defeat.Some of the lessons are obvious. Life isn’t fair. Hard work isn’t always measured by awards and trophies.

Other lessons are less apparent. Recently, I came across a card that my beloved coach wrote to me just a couple of months before the state finals.I was intimidated by her at the time, which is probably why she was such an excellent coach. But now, I have come to a whole new level appreciation for her devotion. The amount of dedication and sacrifice it requires to bring teams to the state finals year after year is exponential.

While our team was completely absorbed in adding one more championship to our repertoire, she subtly taught us that there was a bigger picture in life. She took the time to handwrite individual cards to our 30 team members and gave them to us at our Christmas party.

She wrote to me, “The thing you need to remember is that these are skills you’re trying to accomplish – they don’t determine who you are inside.” 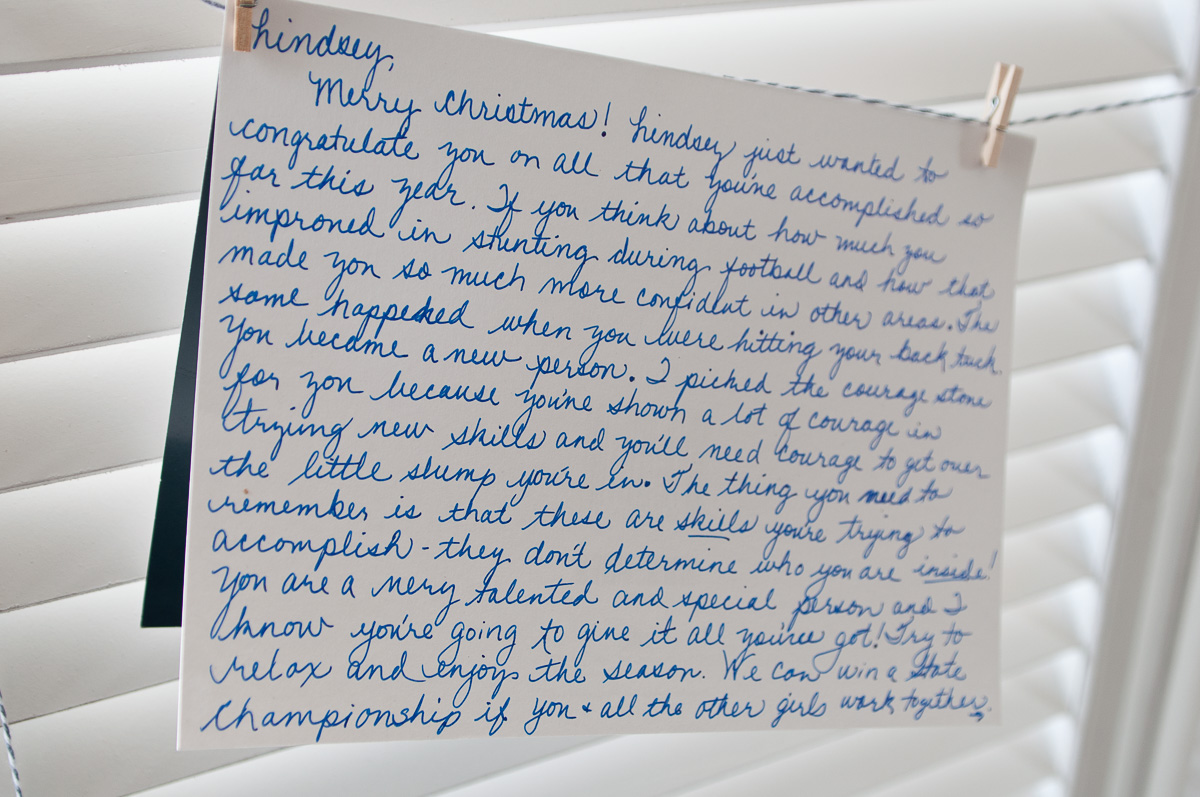 At the time, I did think that my skills determined who I was to a certain extent. And maybe it took placing second in the biggest competition of my life to realize that my identity went beyond “Grandville Cheerleader.” To be forced to move on to bigger and brighter things.

I have always wondered why my wonderful coach still comes back year after year and why she devotes her life to teams who may or may not win the state championship.

I see now that it has less to do with winning and more to do with shaping lives. Teaching young women about responsibility, hard work, dedication, team work, and pushing beyond natural limits.

Though our specific loss made the world came to a crashing halt, my teammates and I have moved on from that fateful day. We have college degrees and careers and marriages and children. We are happy and thriving individuals.

All of my keepsakes and newspaper clippings from that all-consuming chapter of my life are now condensed into one manila folder. 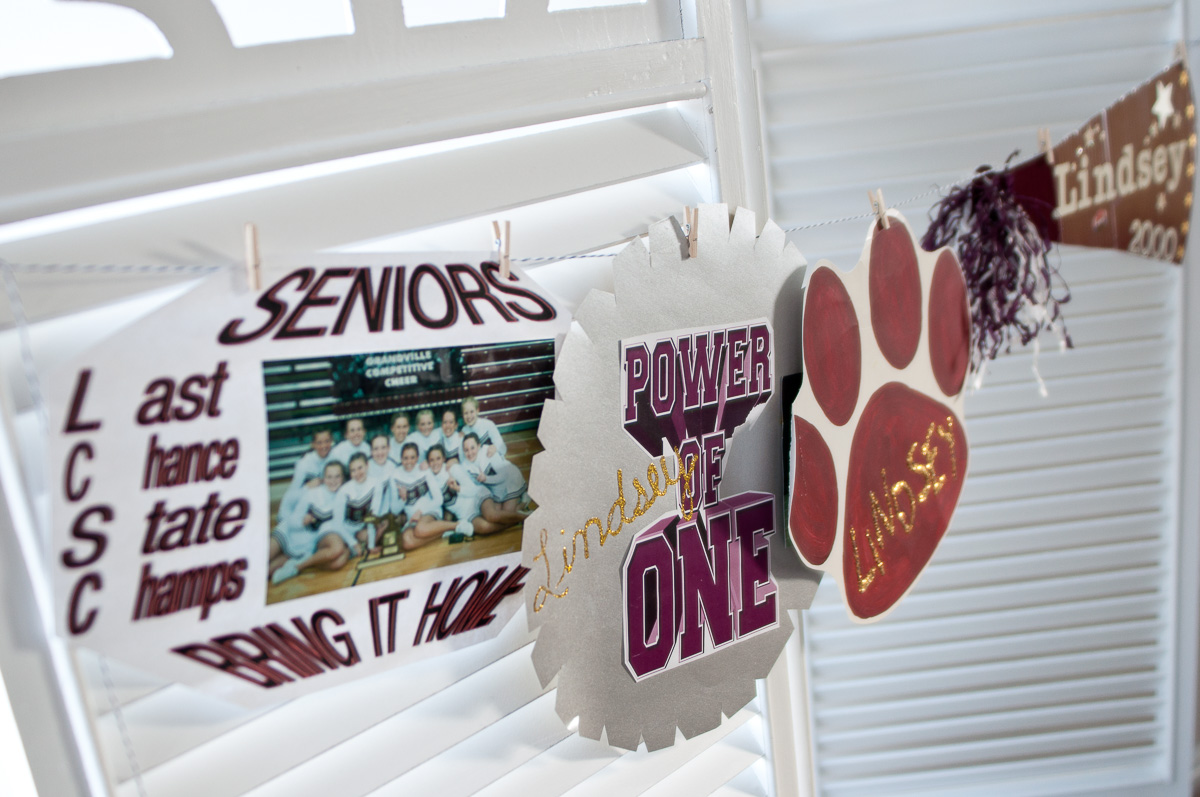 I scarcely think about that phase of my life unless I pull out the pictures to reminisce. 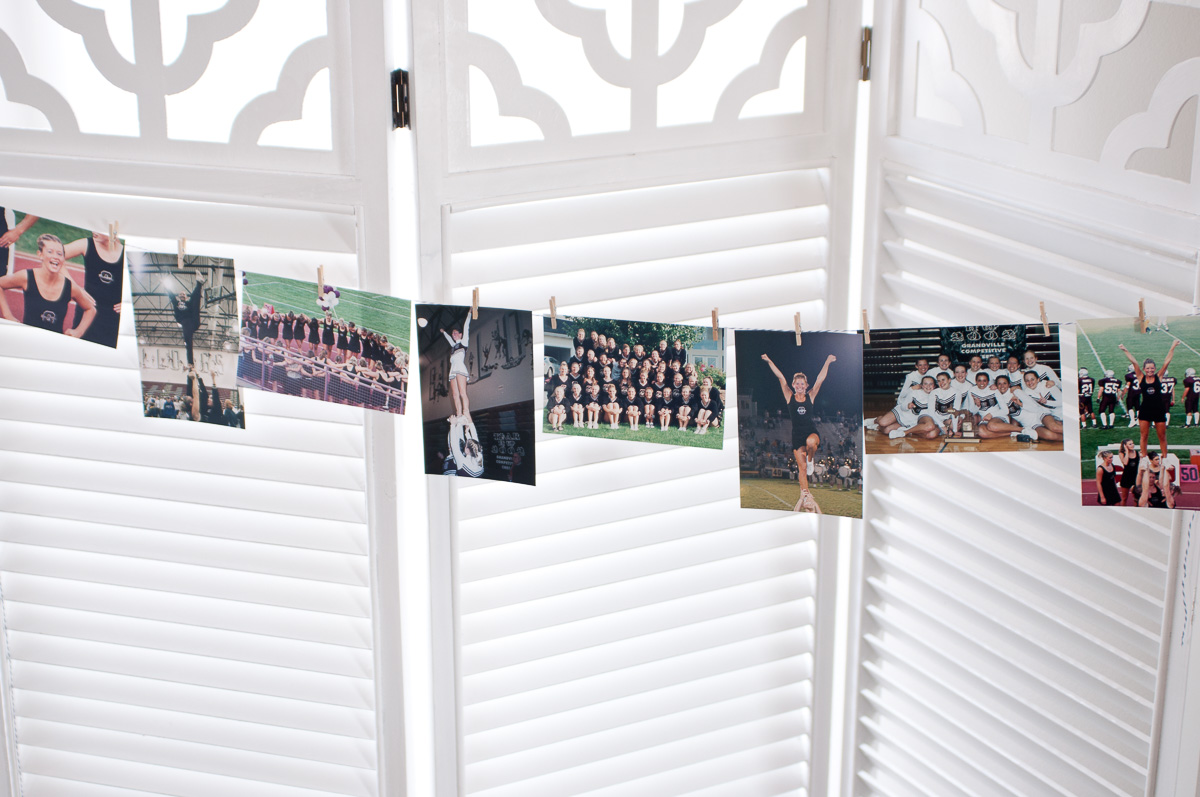 Tonight, exactly ten years after my final competition, another Grandville team went into the state finals hoping for a championship title.I watched the live footage streaming from across the country, and my heart sank for them when another team was declared the state champion.

Because I know exactly how they feel.

But I hope that even though they won’t ever be able to claim exactly what they set out to achieve, they will forever feel connected to the deep legacy that will continue on.

I hope those girls know what a blessing it is to be part of a such a rich tradition. I hope they continue to work hard and know that there are no limits to their potential. I hope that final “rush” thrilled them tonight as much as it thrilled me, because it will never be matched in the same way again.

And that life goes on.