I have to admit, I was completely underwhelmed when I drove to Disneyland with a group of friends when I was living in Arizona for a semester during college.

I am a roller-coaster maniac and Disneyland fell short of my thrilling ride expectations.

I felt pretty ho-hum about going to Disneyland again.

That was until we had children.

Now I’m hooked, line and sinker. There is a whole new level of magic and excitement with young children that I had no idea could be brought on with life-size characters and themed rides.

Blake has talked about the minute details of Disneyland ever since we went for the first time a year and a half ago. I really didn’t think it was a place we’d go back to again and again, but after all of Blake’s anticipation, I think we were even more excited to go this time around.

We were equally excited for Nash to enjoy Disneyland since he was just a baby the last time we went. His enthusiasm did not let us down. He could hardly be contained in the stroller once he spotted the Mickey Mouse ferris wheel. 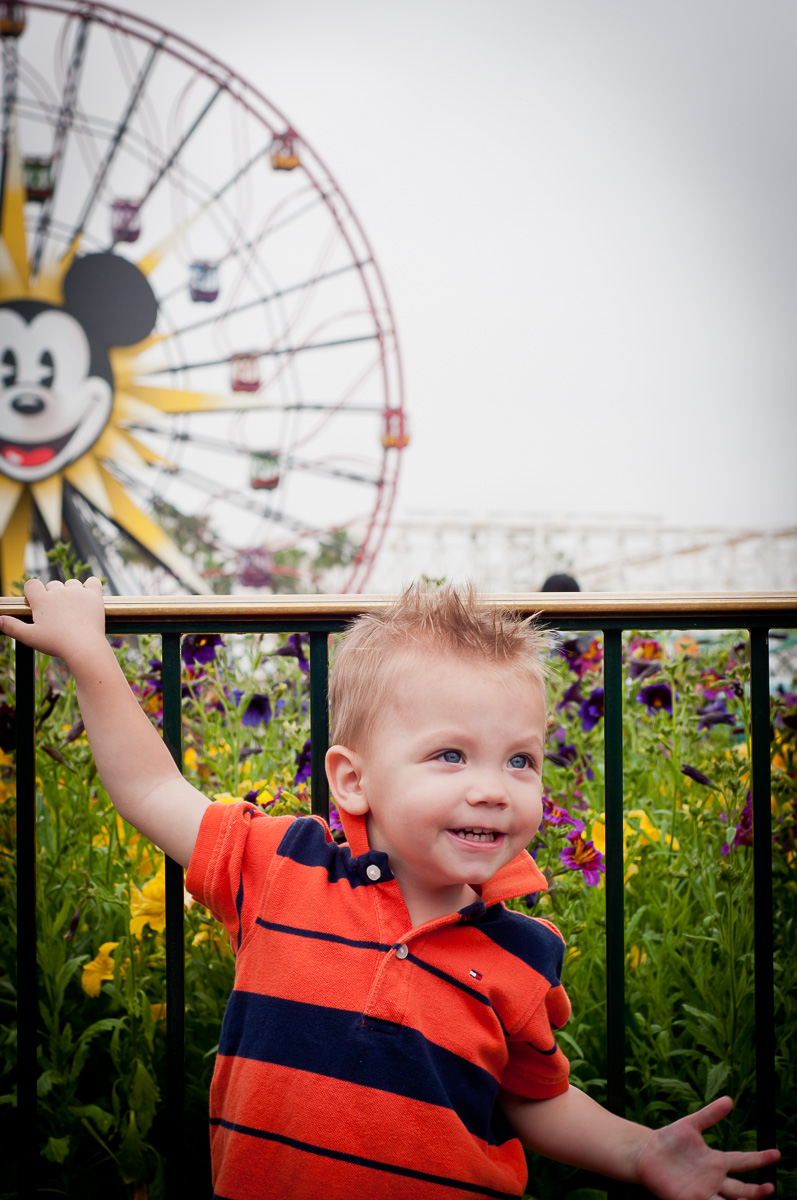 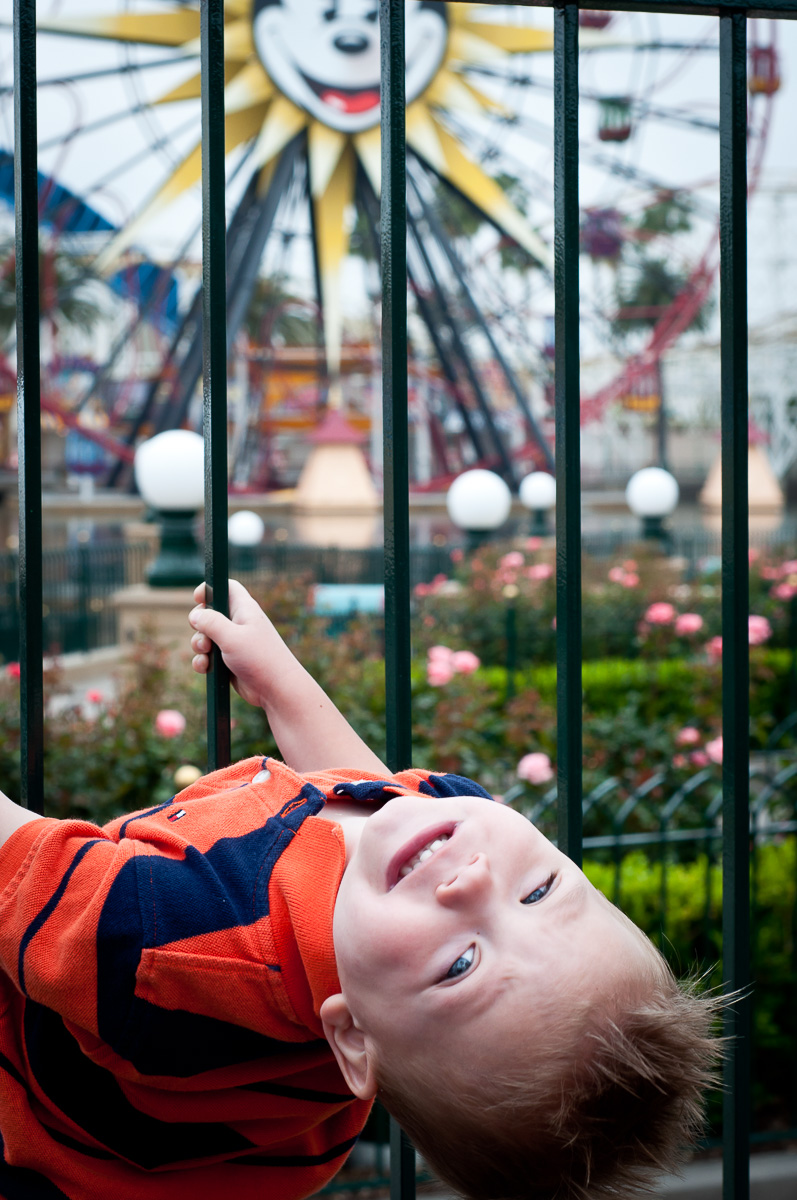 We spent most of our first day at Disney’s California Adventure. We waited at the Paradise Pier gate before the park opened so we could be among the first to go on Toy Story Mania. 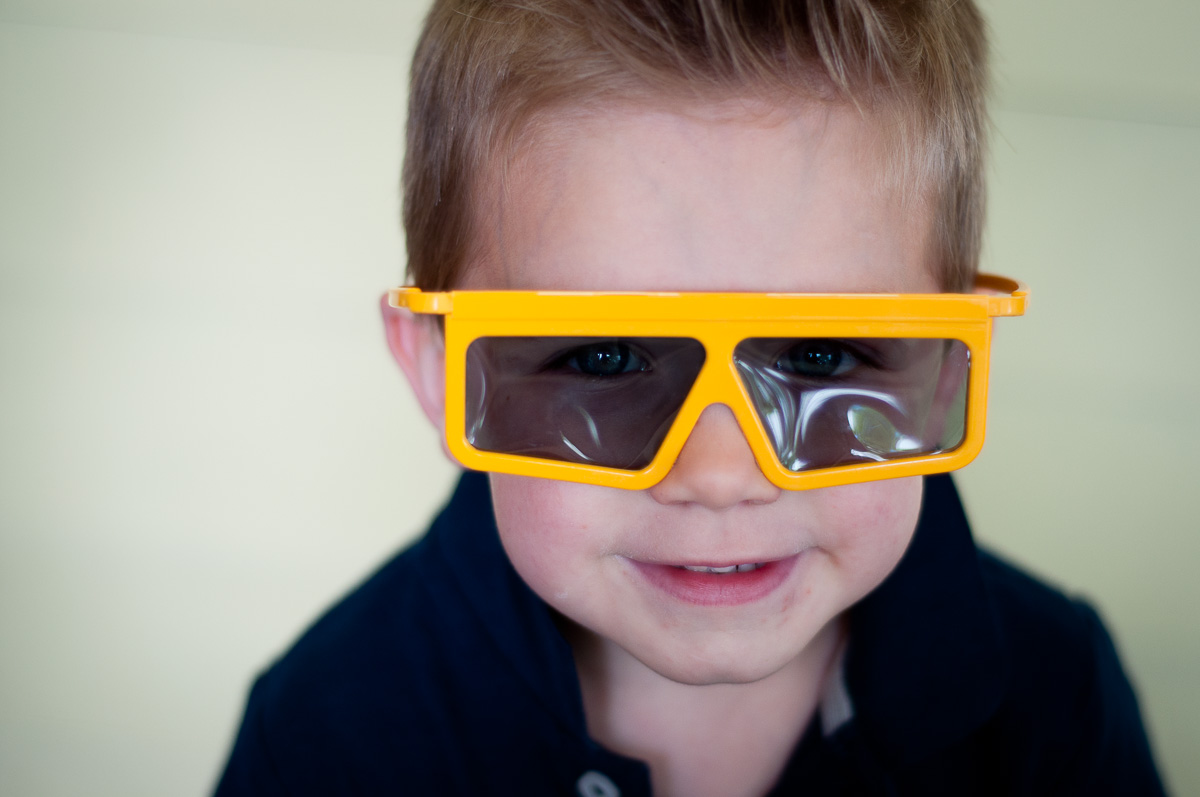 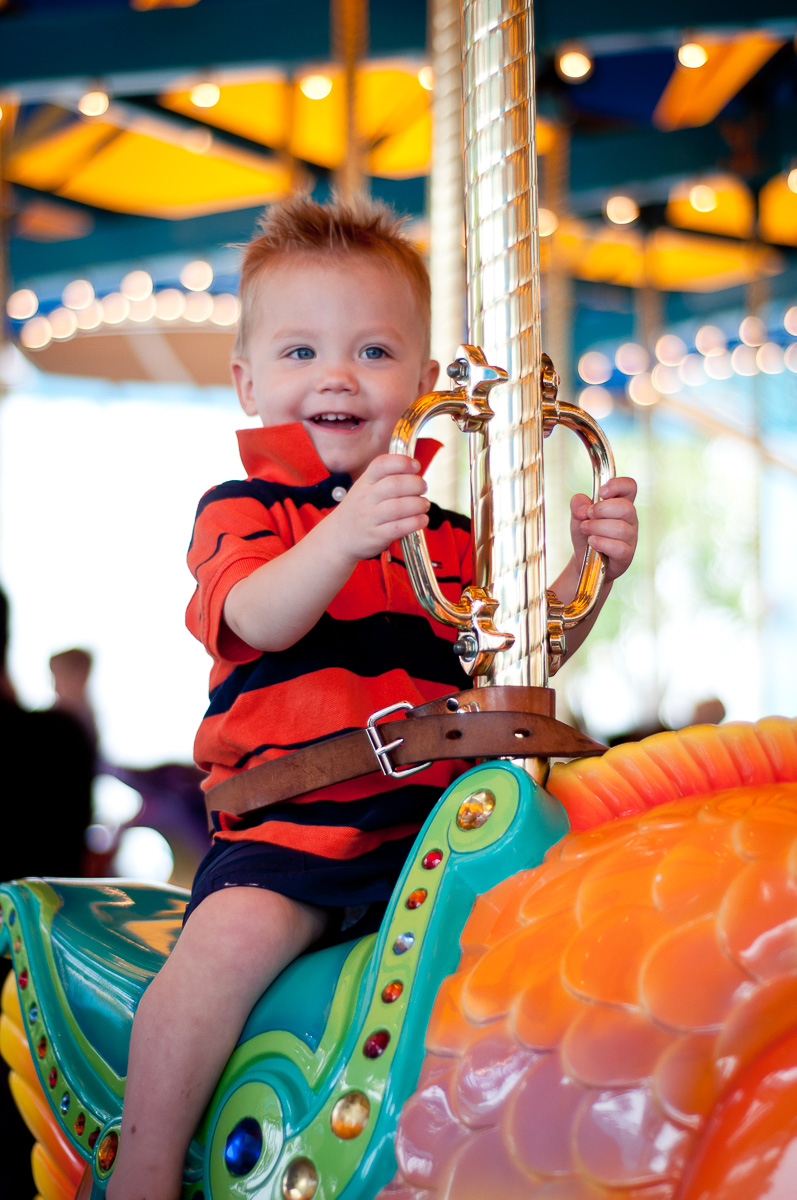 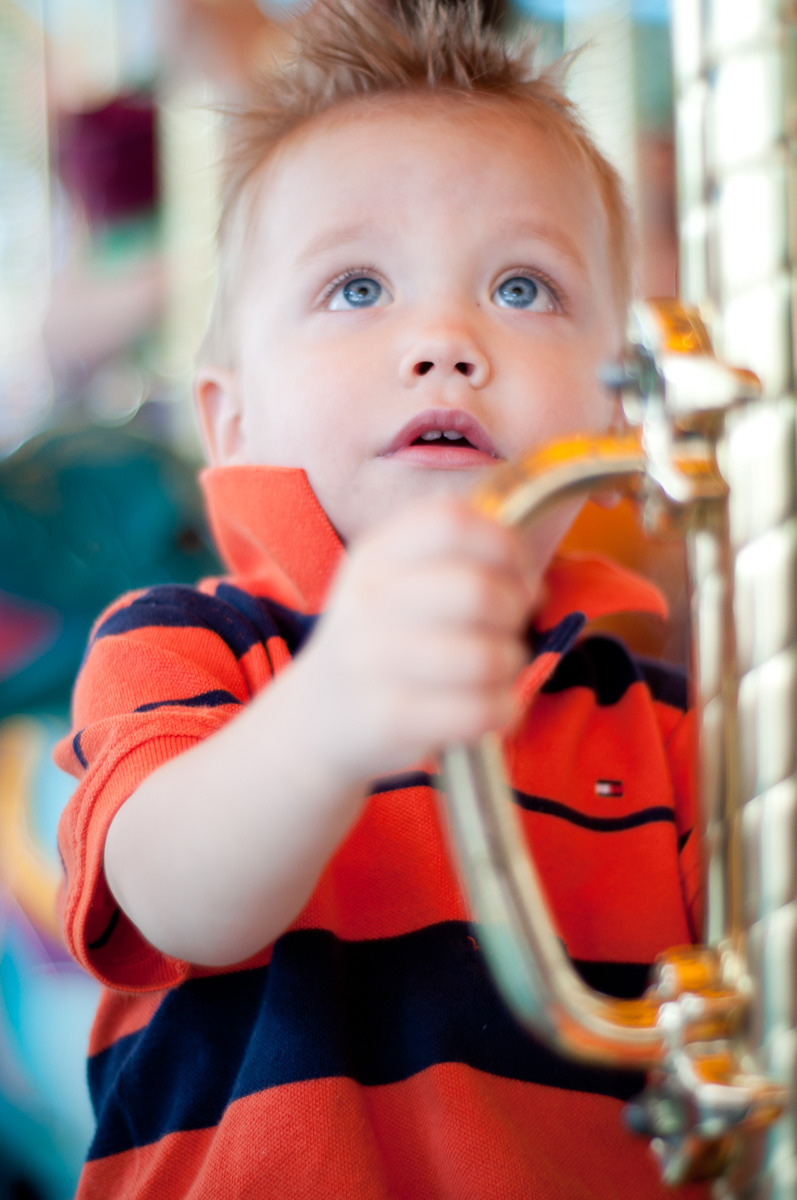 Both boys were elated to meet the live versions of some of their favorite characters. 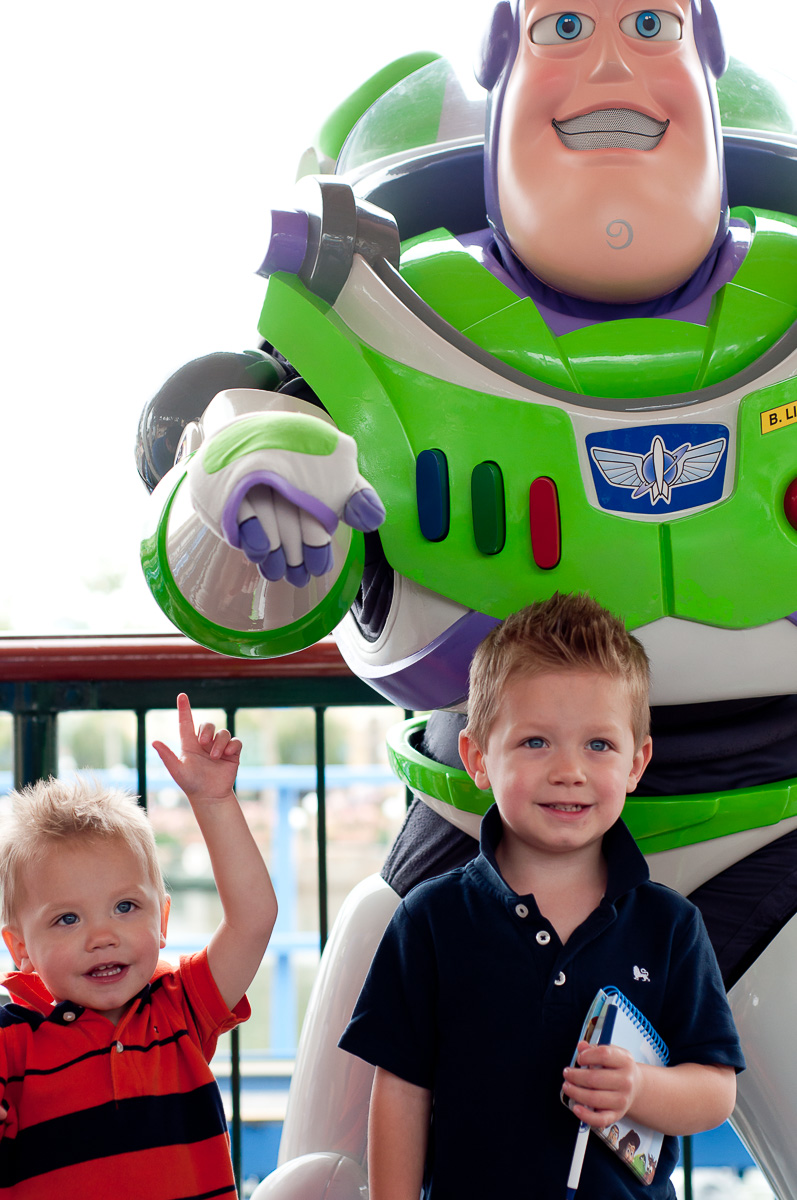 Blake especially liked getting all of their signatures. 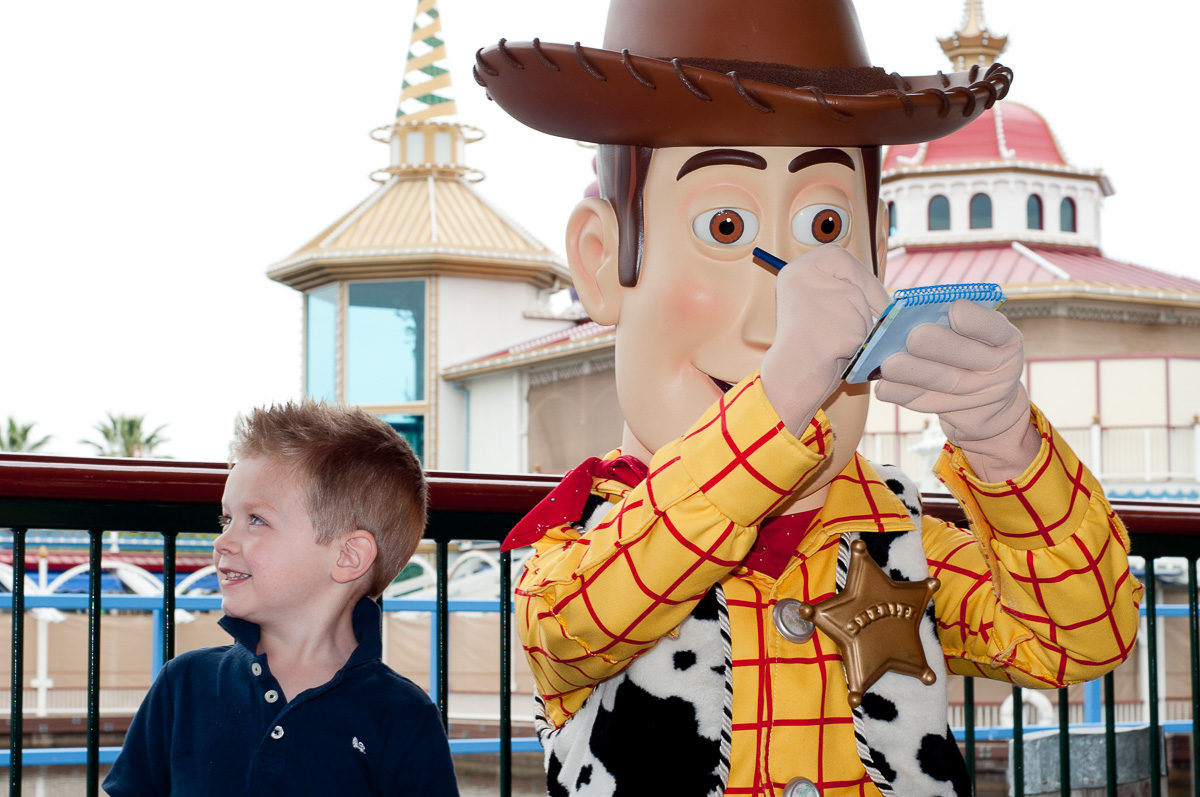 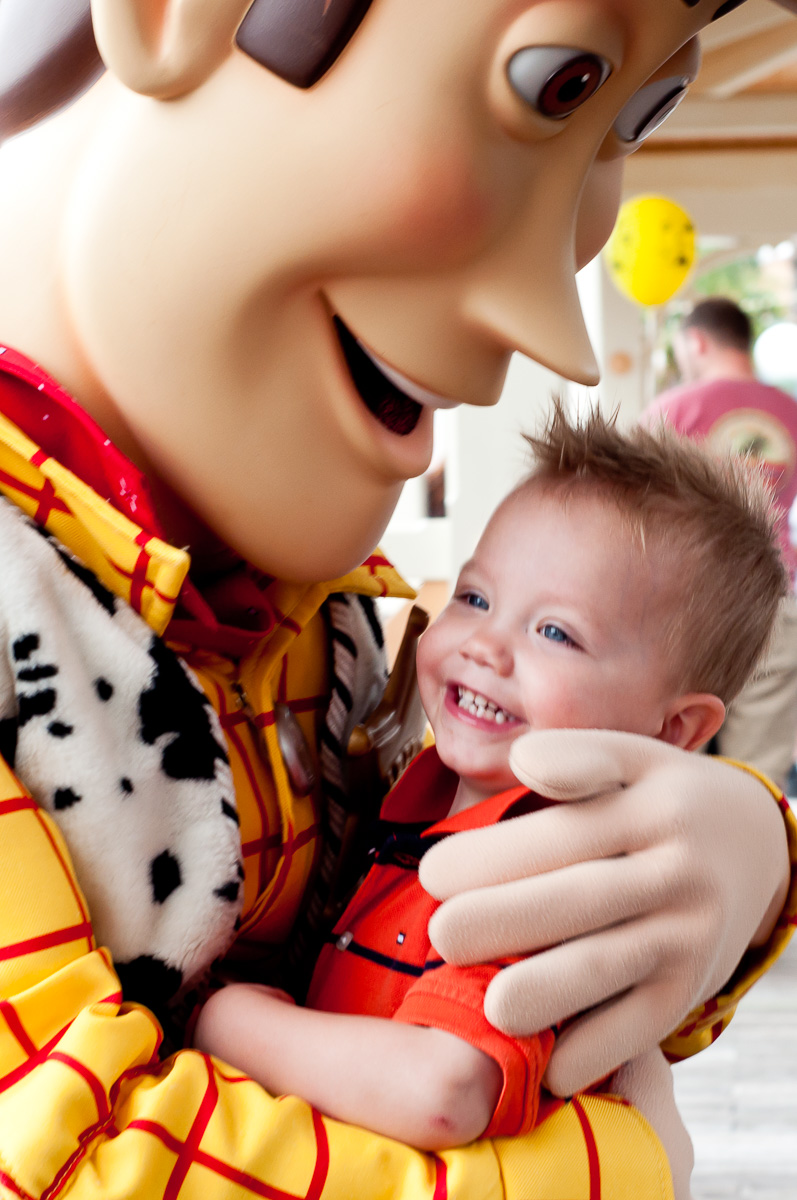 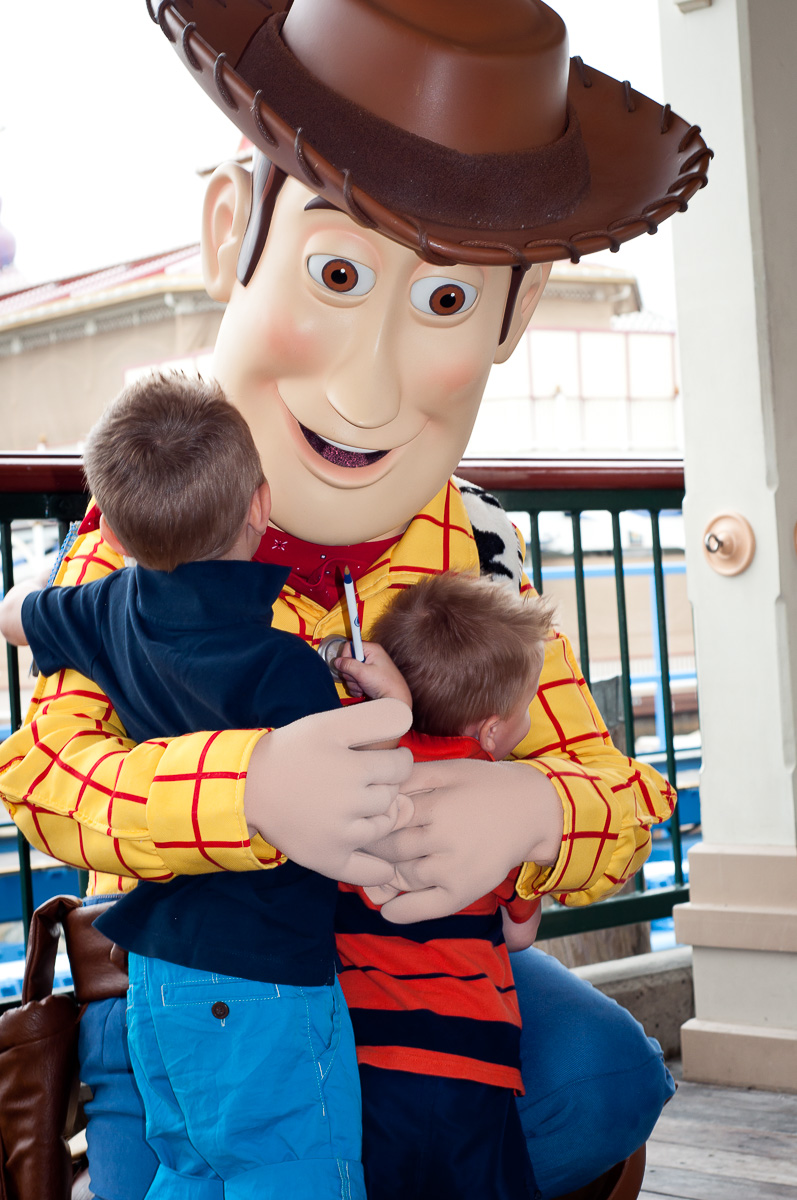 The Disney Junior show is always a hit. 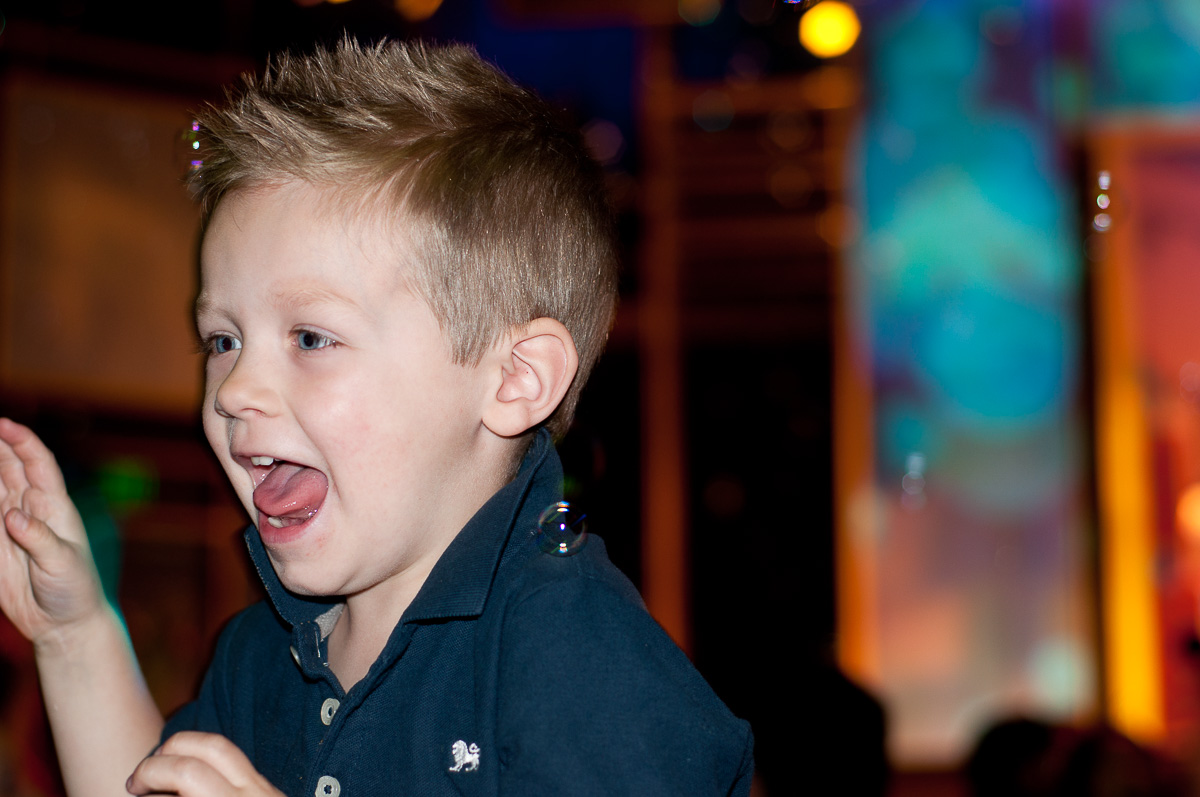 Especially now that they’ve added Jake (and the Neverland Pirates) to the mix. Blake saved his gold coins for Jake, and Jake not only seemed very pleased to receive such a treasure, but he also tucked the coins safely in his boot. 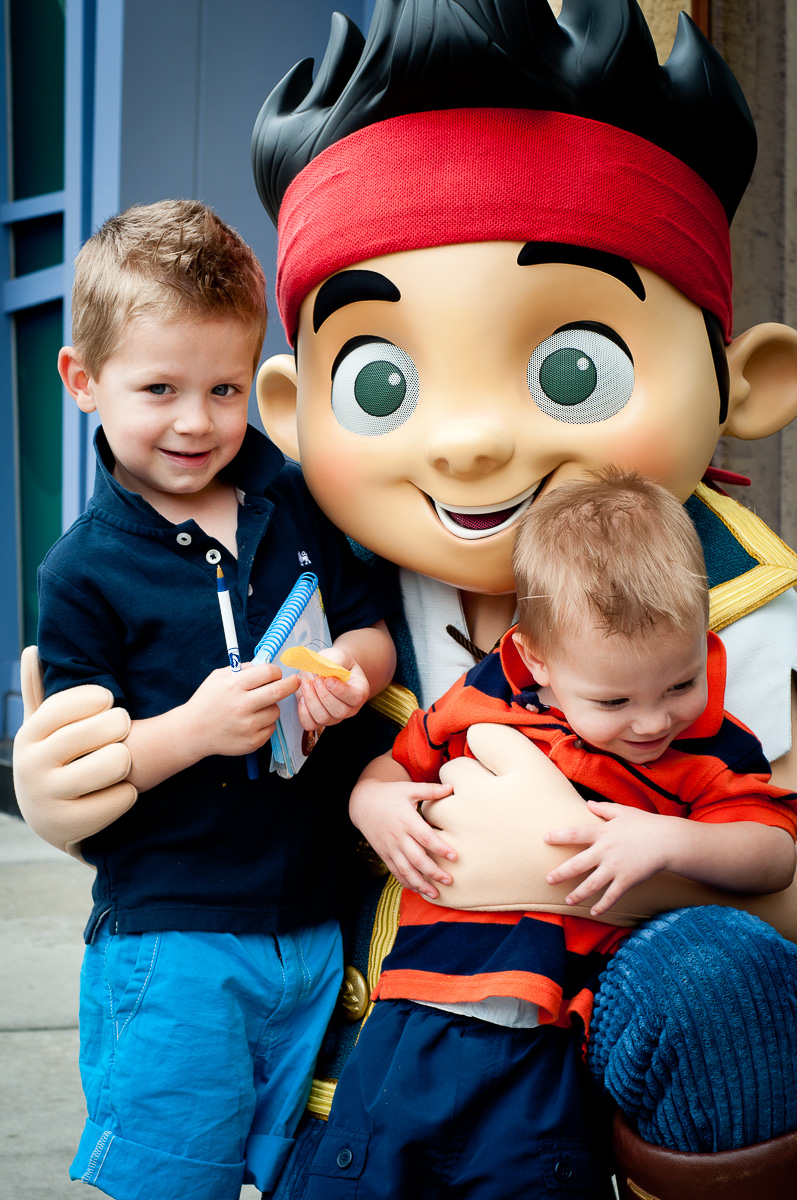 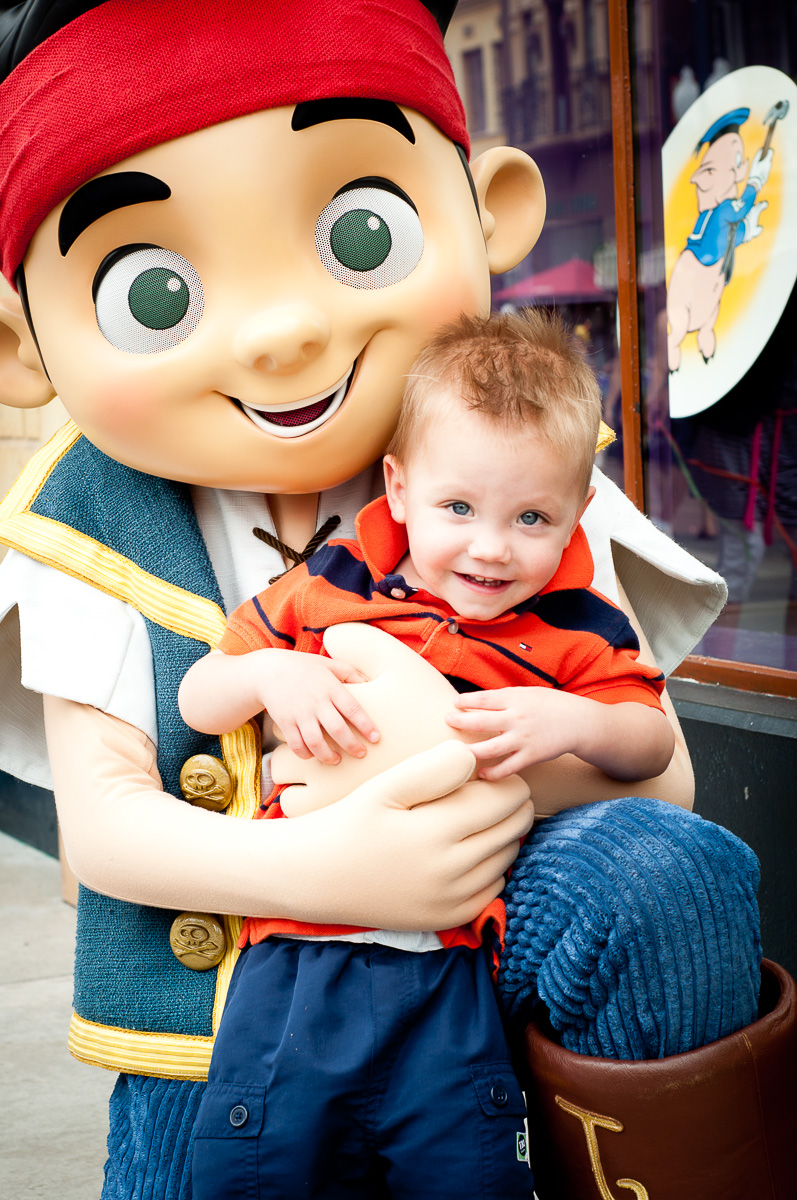 Troy’s official job was to be the master entertainer/distracter while we waited in lines. He was 100% successful. 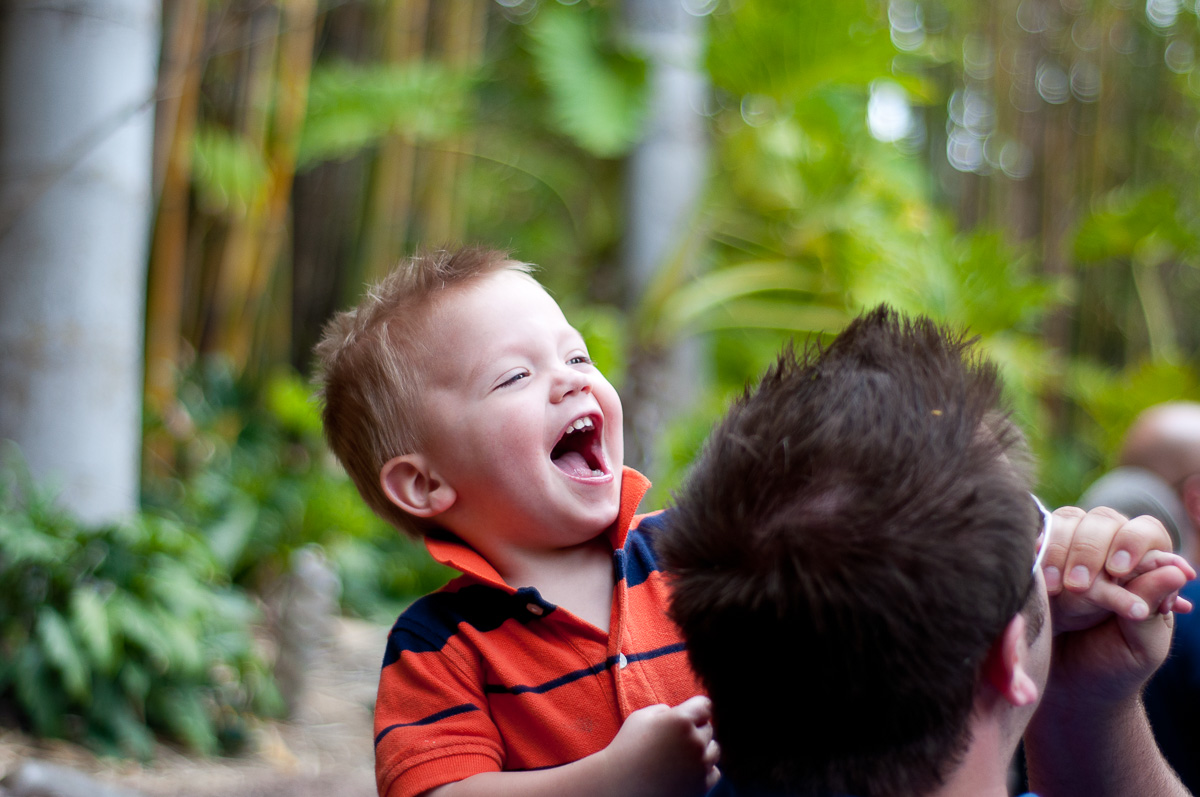 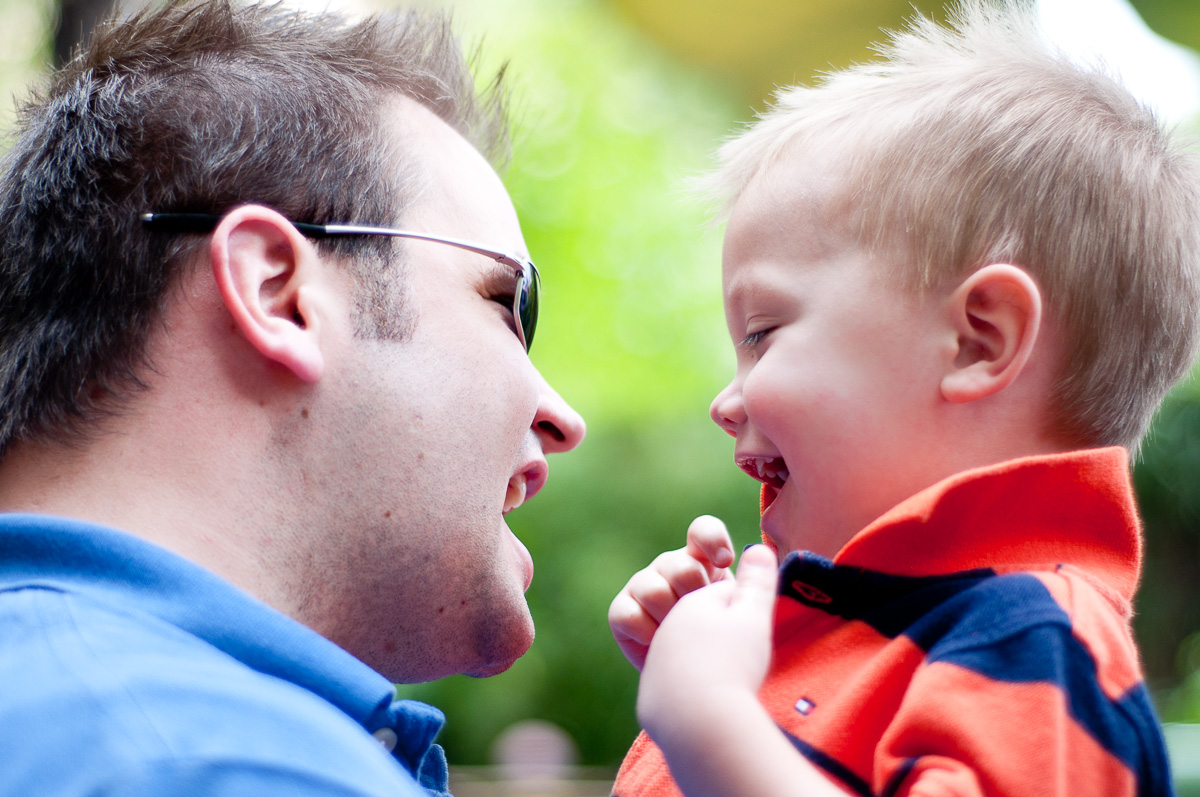 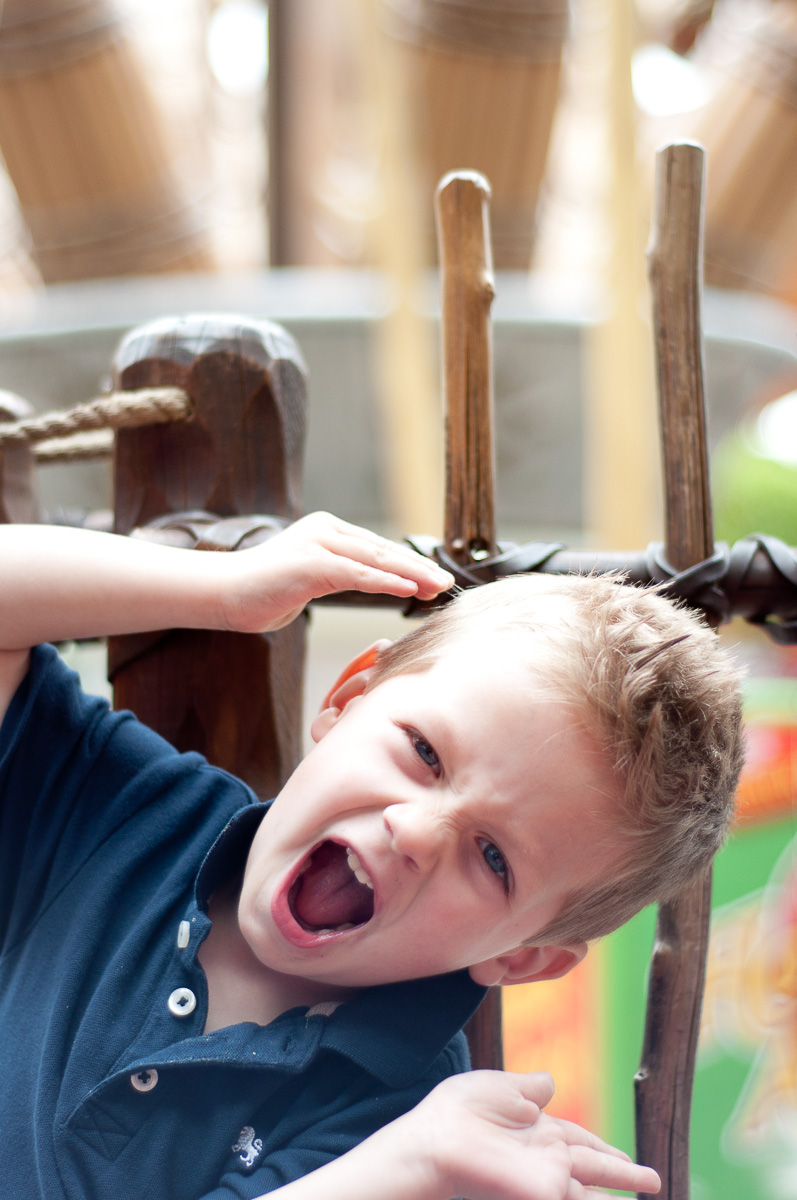 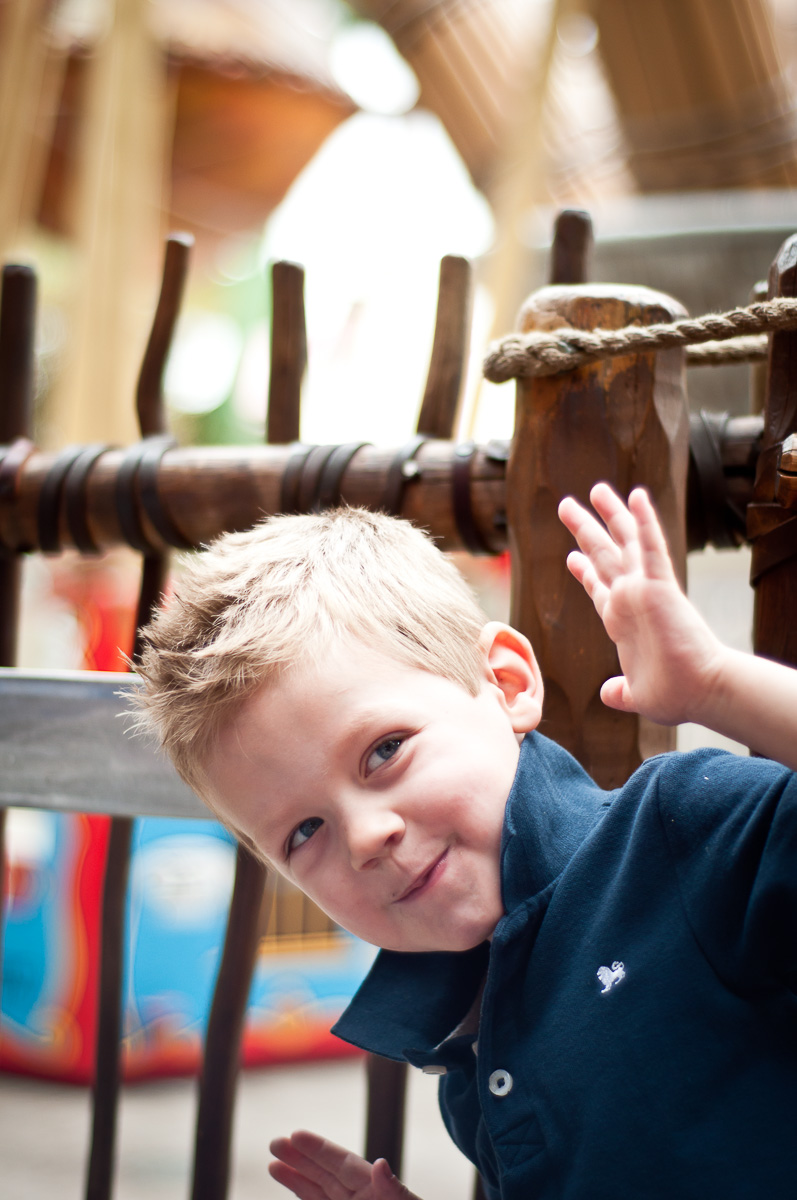 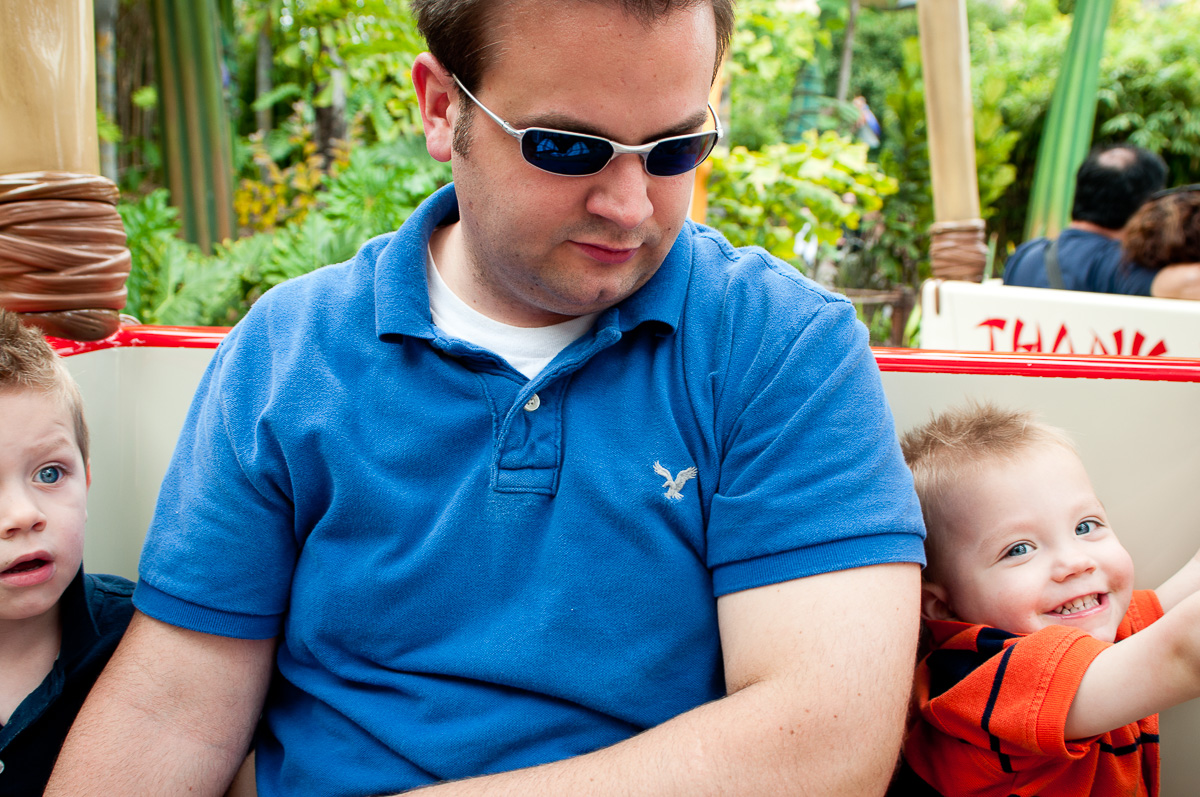 …while I got stuck going on the spinning rides. Blake got a kick out of my not-so-young-anymore stomach. 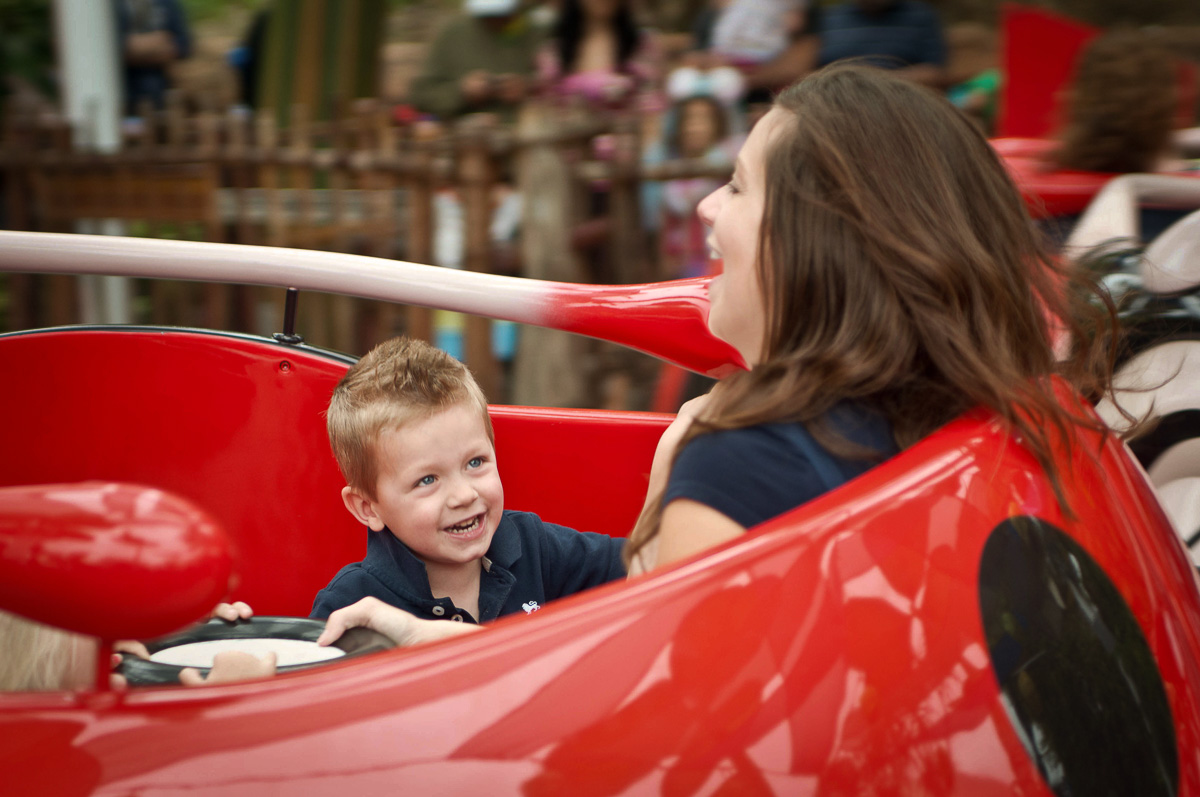 We topped off day one with World of Color. 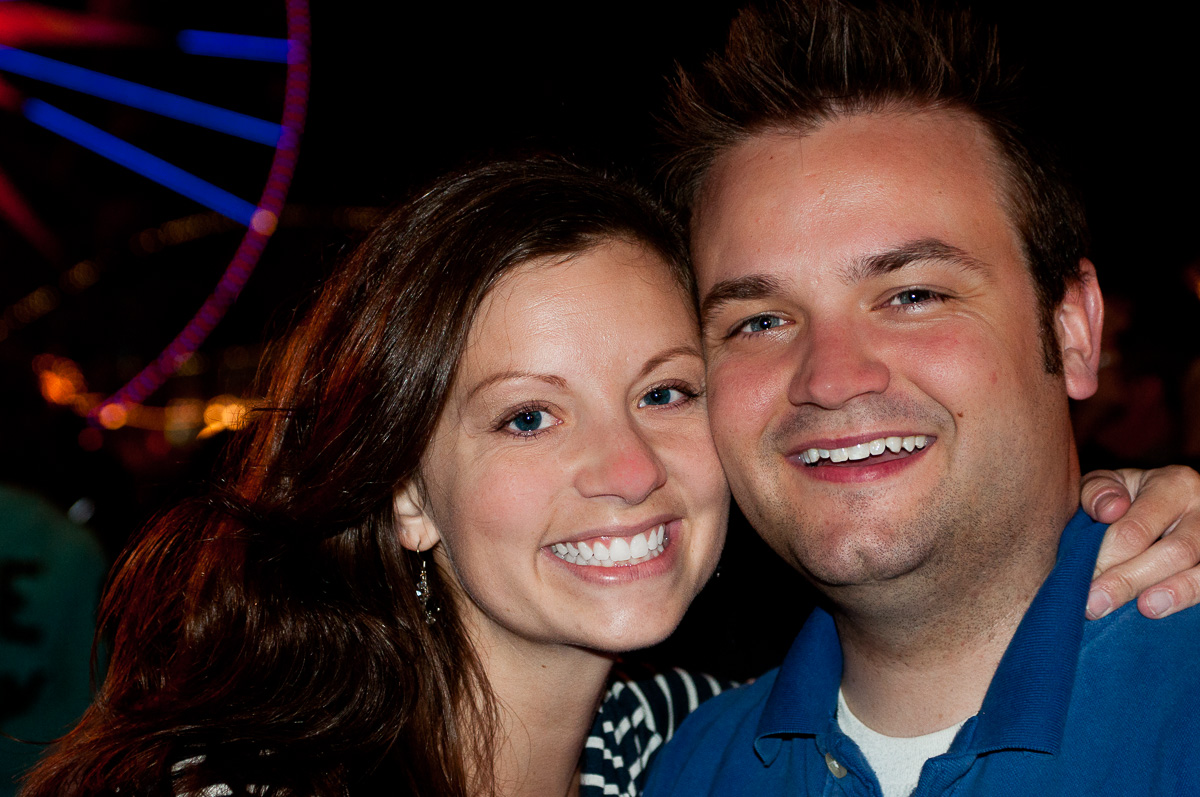 We missed out on the water show last time since it runs way past bedtime, but we decided to keep the boys up late and give it a go this time around. I stood on a ledge to snap a few shots, and was promptly asked to “get down.” It was hard to see from where we were standing in the crowd, but what we did see was spectacular. 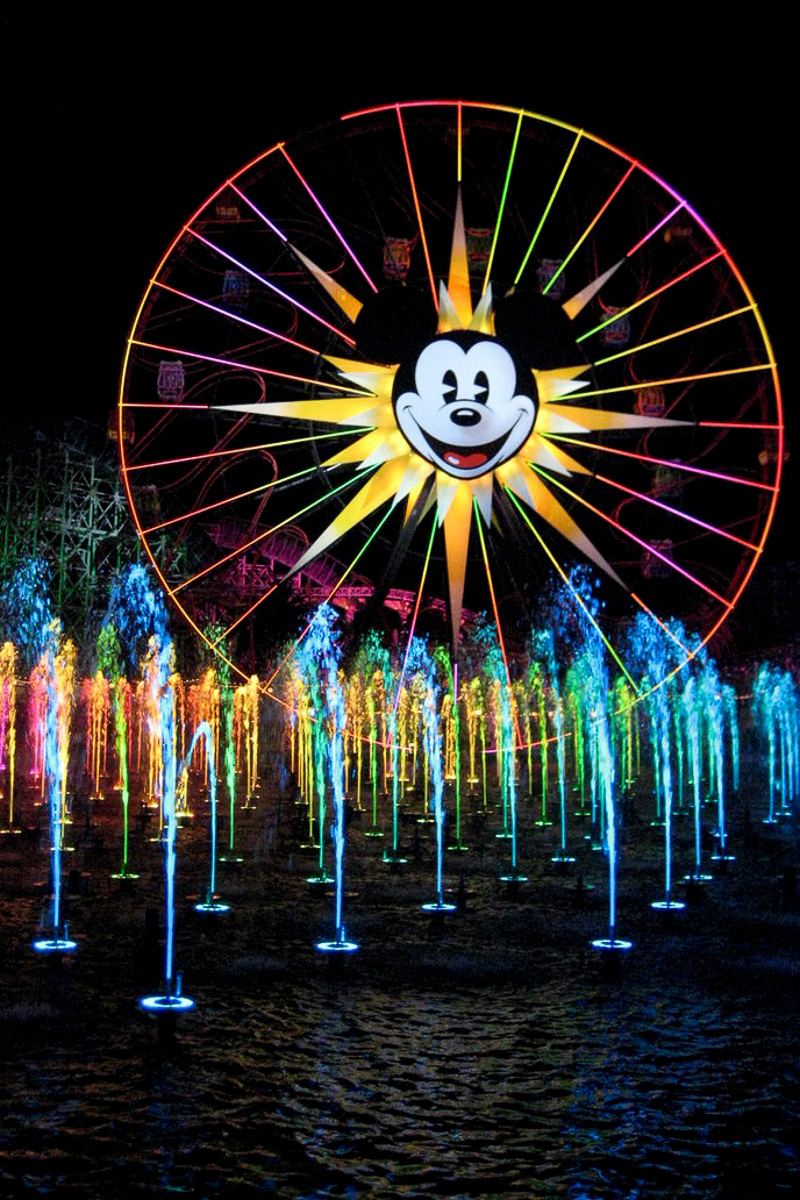 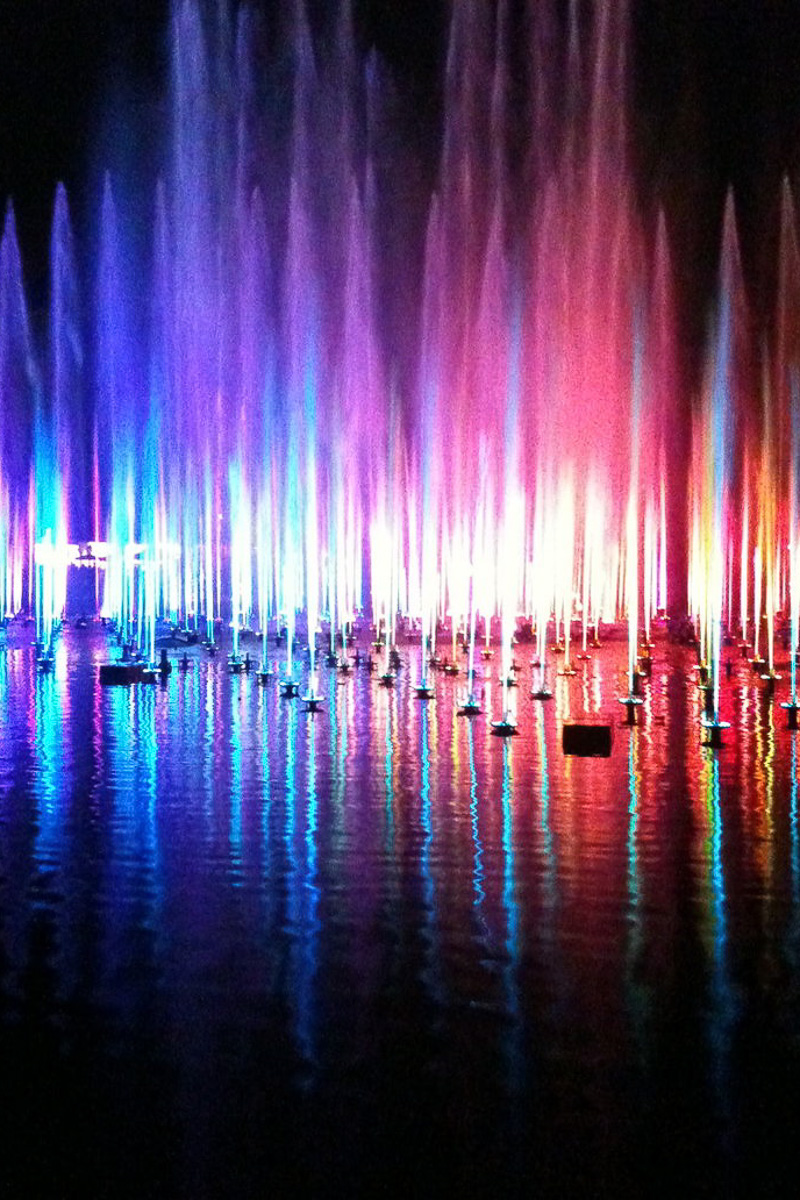 One thing about Disneyland is that at the end of the day, everyone is exhausted. Tired enough to fall asleep against a stroller bar on the walk back to the hotel. 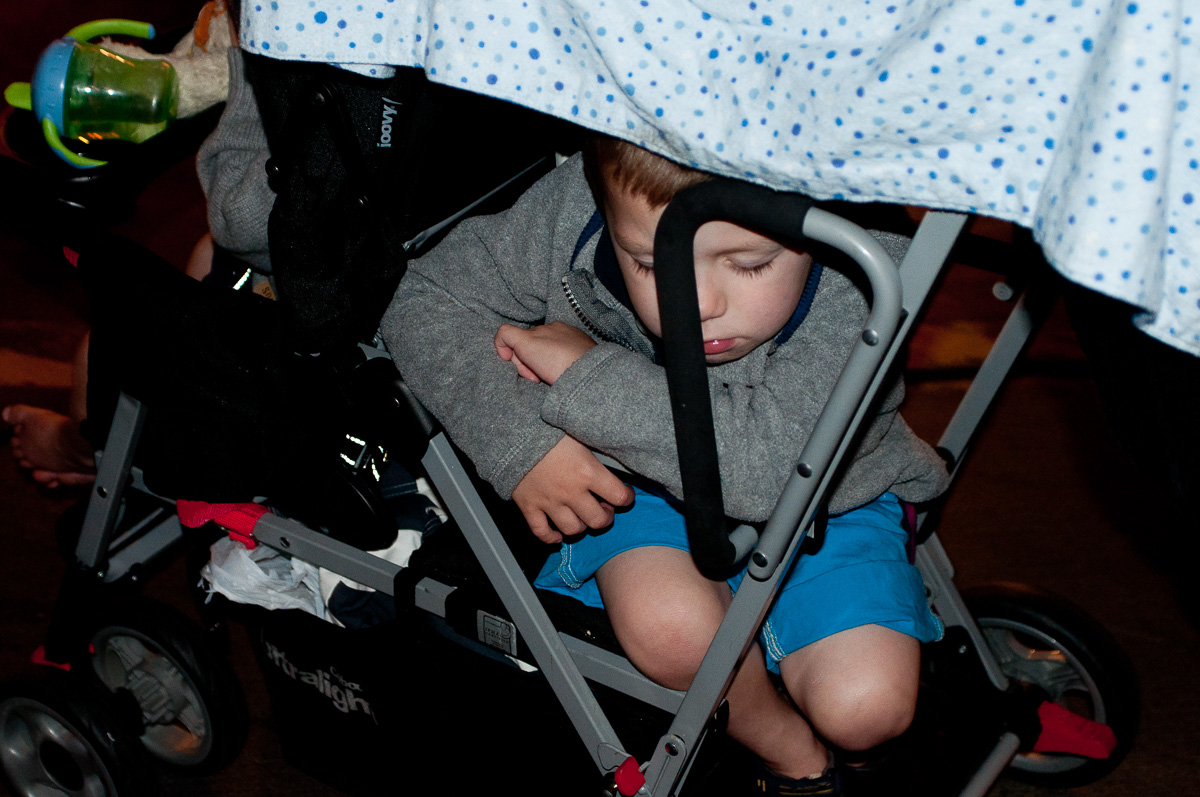 Having fun is hard work.