When we arrived in Istanbul, Turkey, I immediately noticed how modern it was. I was not expecting such an advanced and clean city. 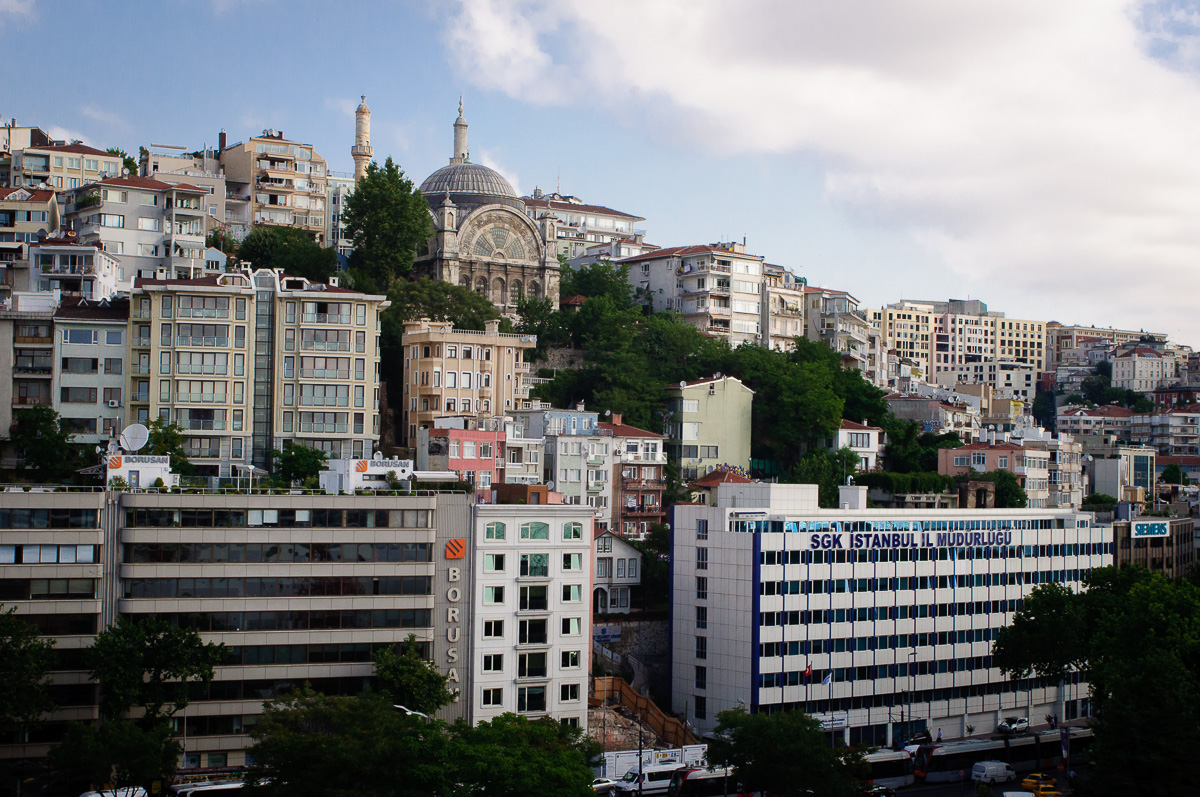 It was fascinating to see hundreds of minarets lining the sky. Since Turkey is a Muslim country, five times a day, assigned chanters recite prayers that blaze over loudspeakers from the minarets. 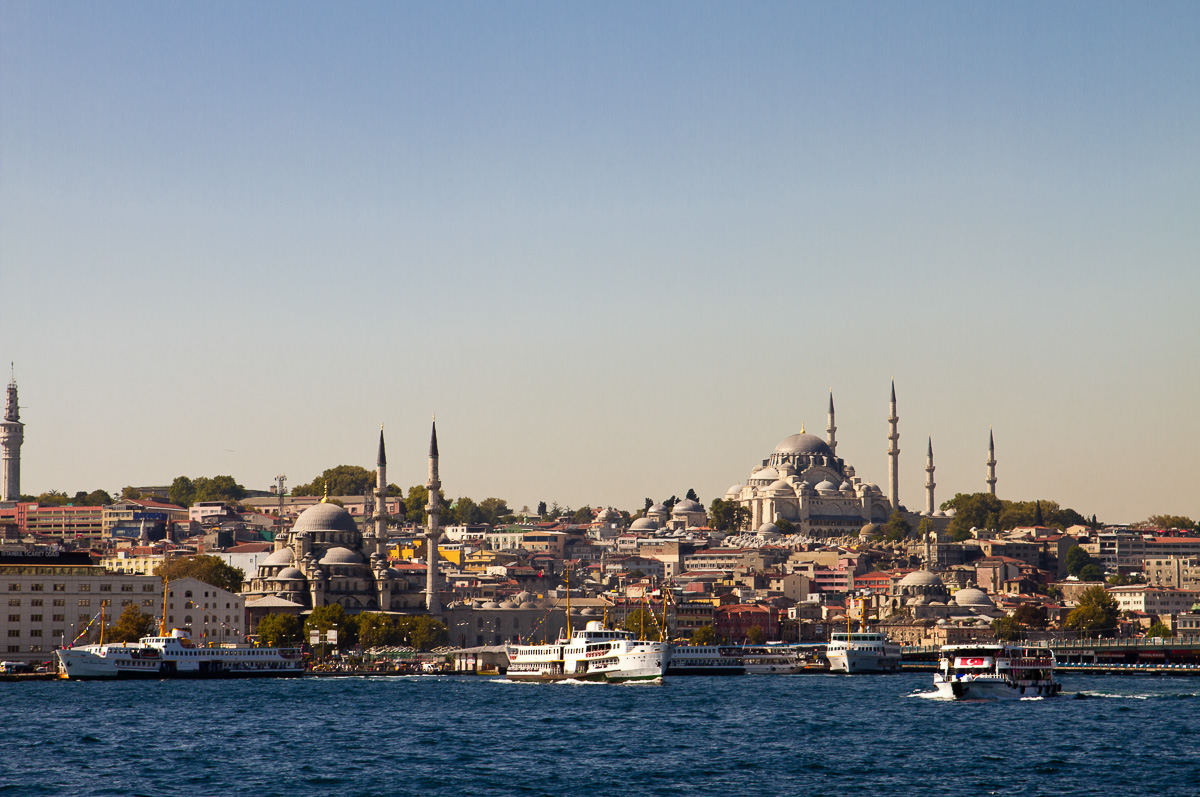 We ate a delicious Turkish lunch overlooking the Aegean Sea. 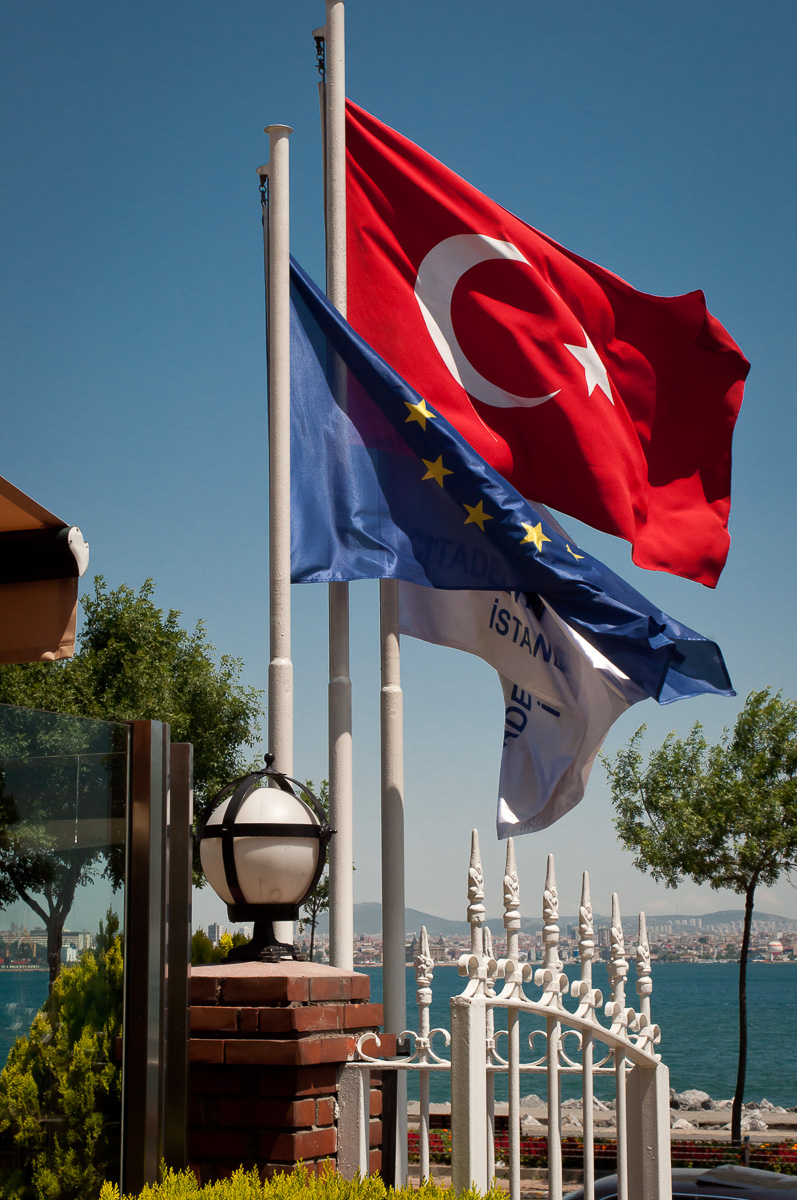 We visited two grandiose structures in Istanbul. Our first stop was the Blue Mosque. It was the first operating mosque that I have ever been inside. It is one of the few mosques that has six minarets. 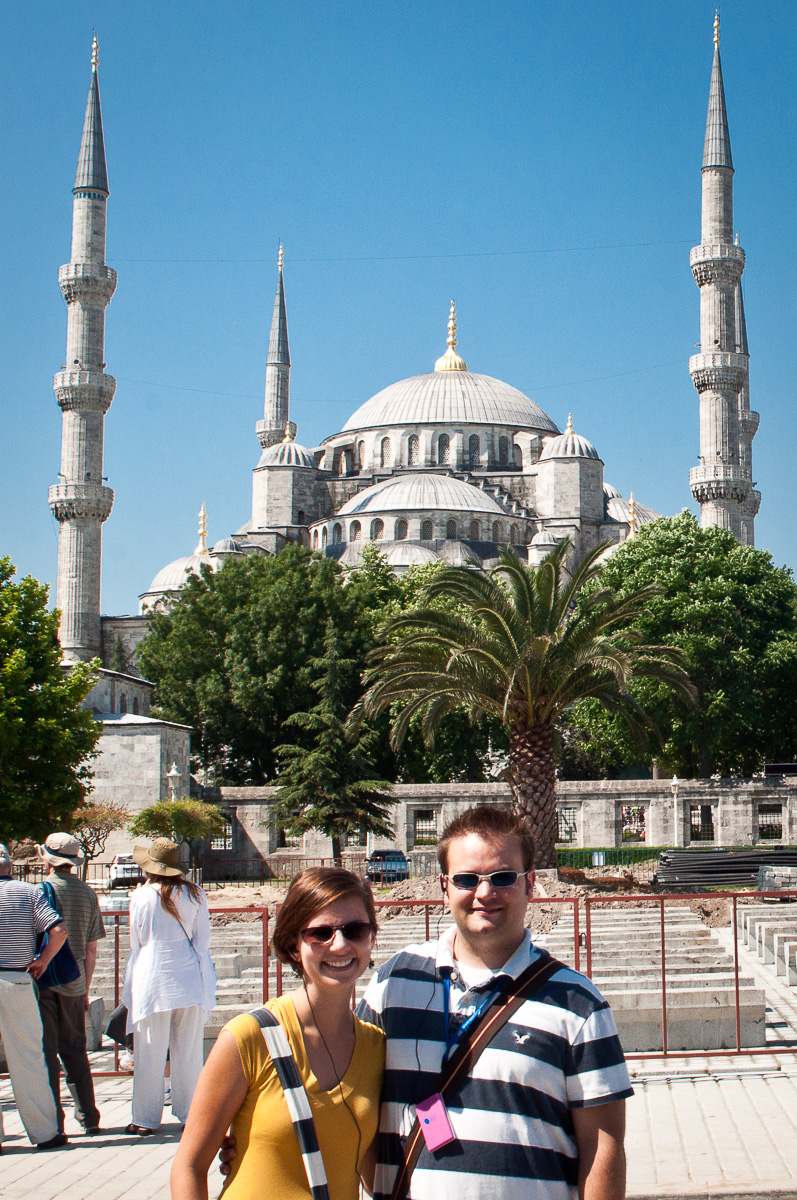 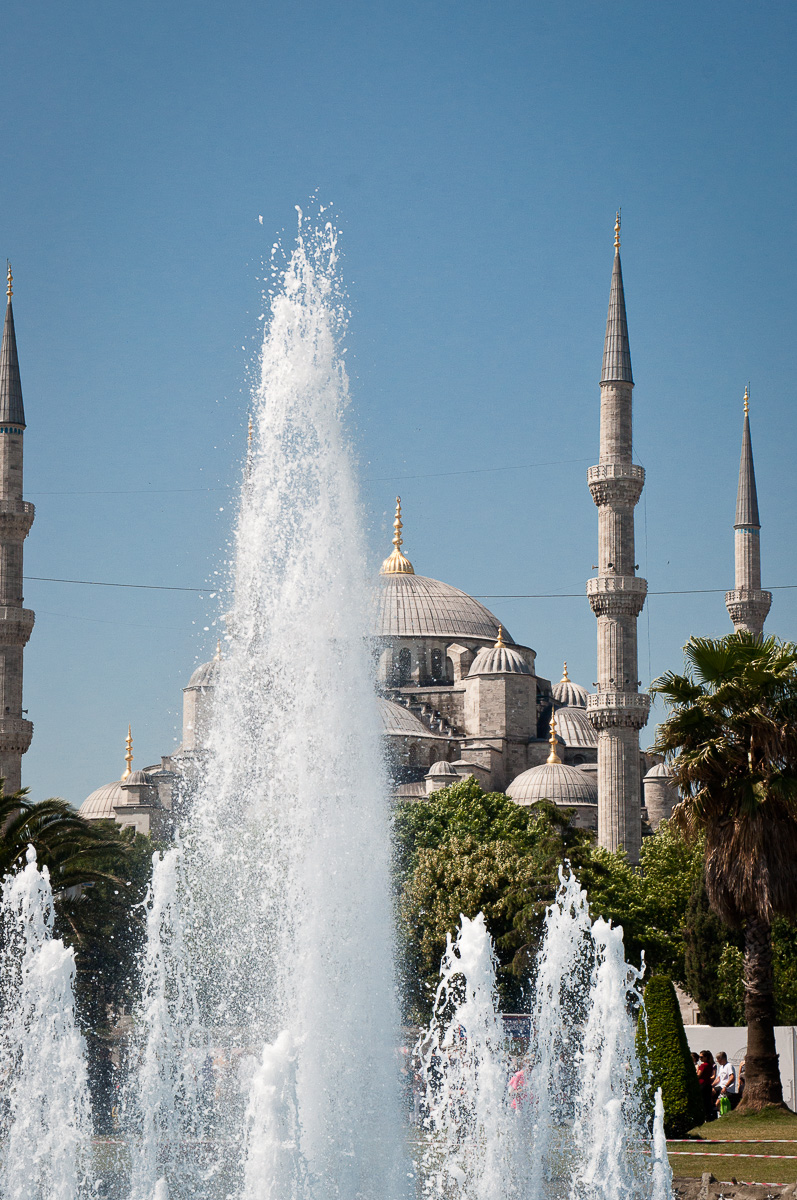 We were issued scarves to cover our arms and legs and took our shoes off before entering. 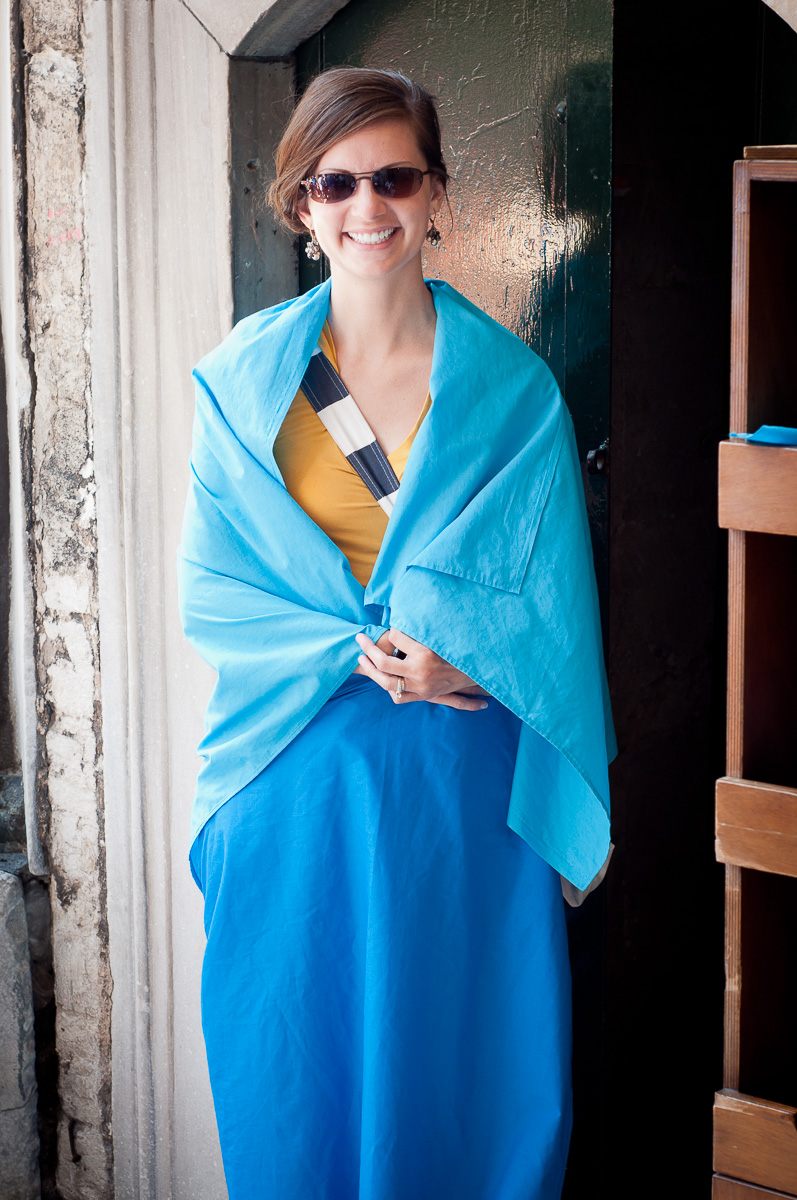 It is called the Blue Mosque because of the 20,000 blue tiles that line the inside walls and ceiling. I was fascinated by the the ginormous (yes, it’s huge) light fixture in the center of the mosque, but unfortunately, the thousands of cables used to suspend it were a distraction. 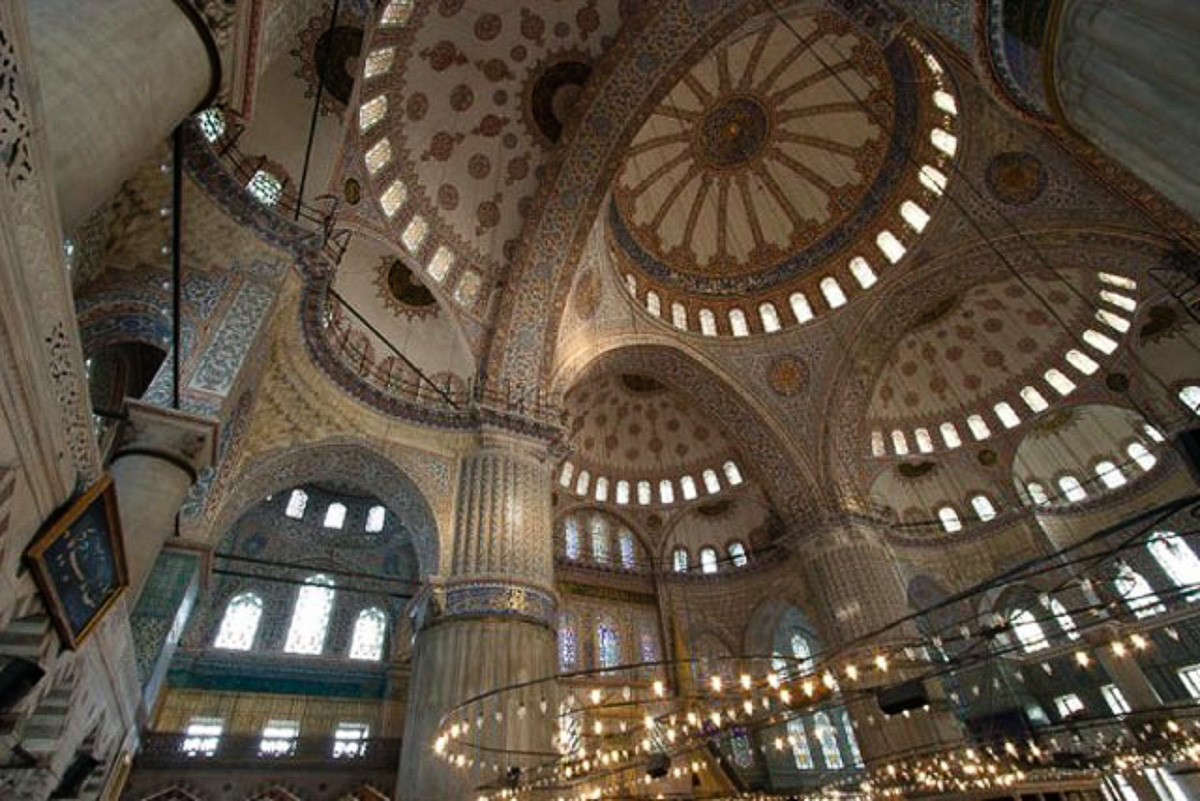 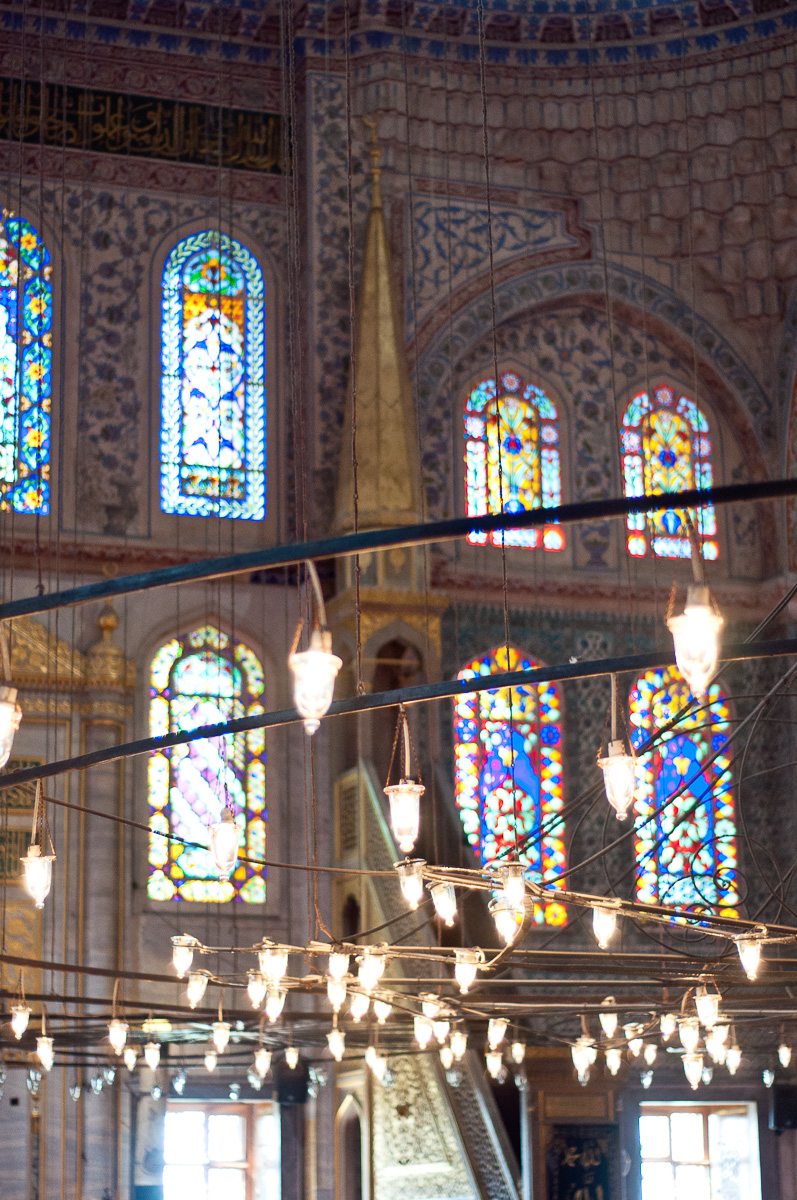 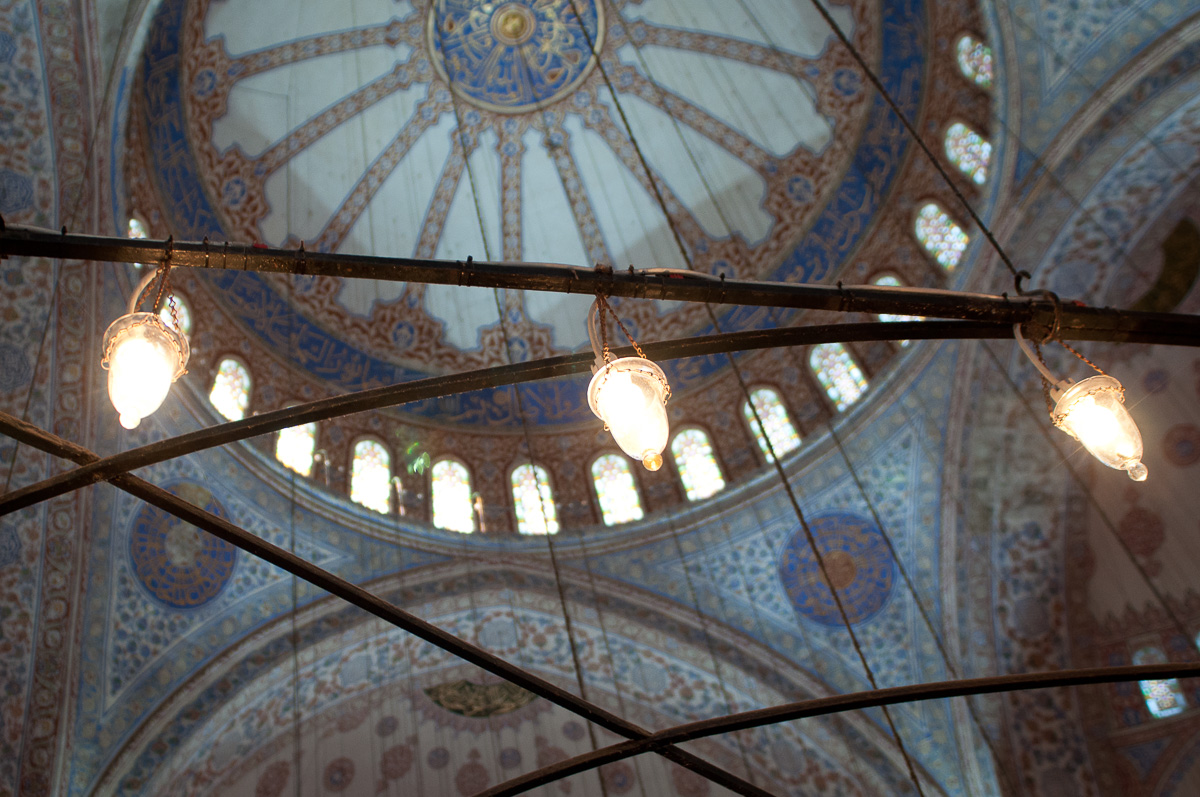 There were phrases from the Koran that lined the walls. This particular one is interpreted, “The man who works hard is a friend of God.” 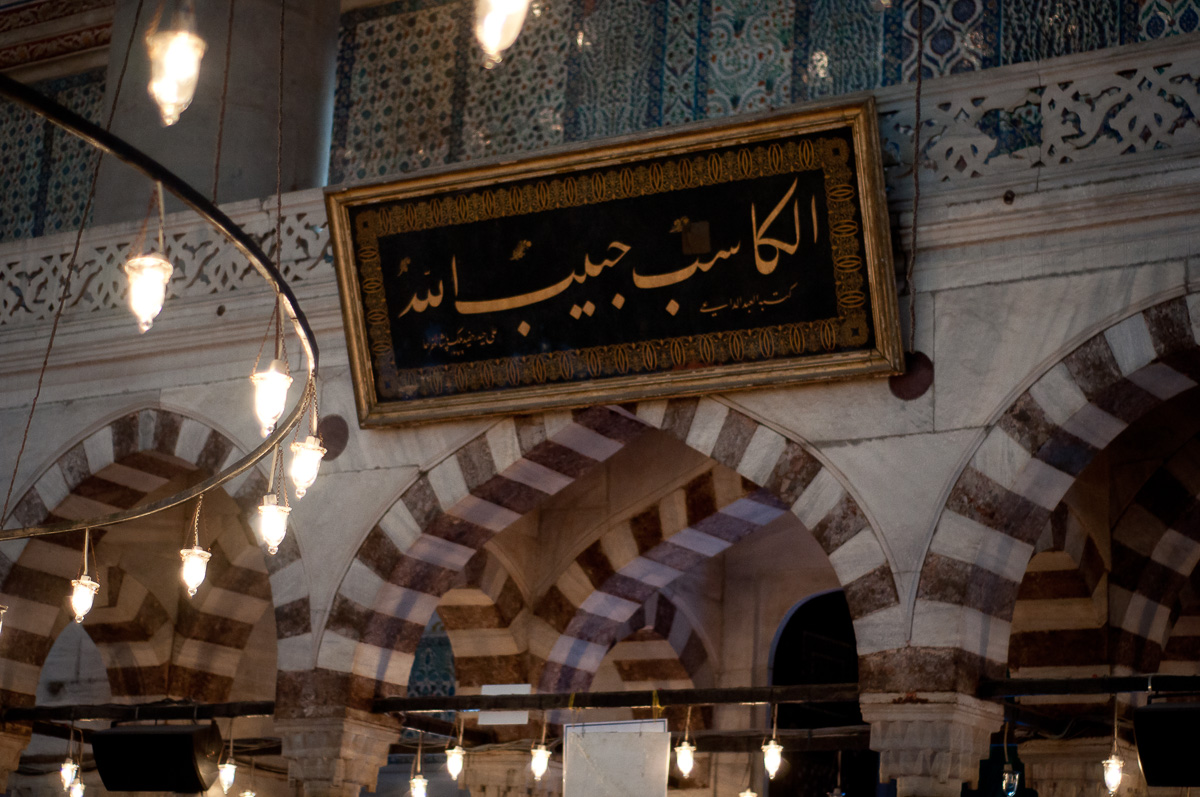 Next was the Hagia Sophia, which was the largest dome in the world until St. Peter’s Basilica in Rome was built. 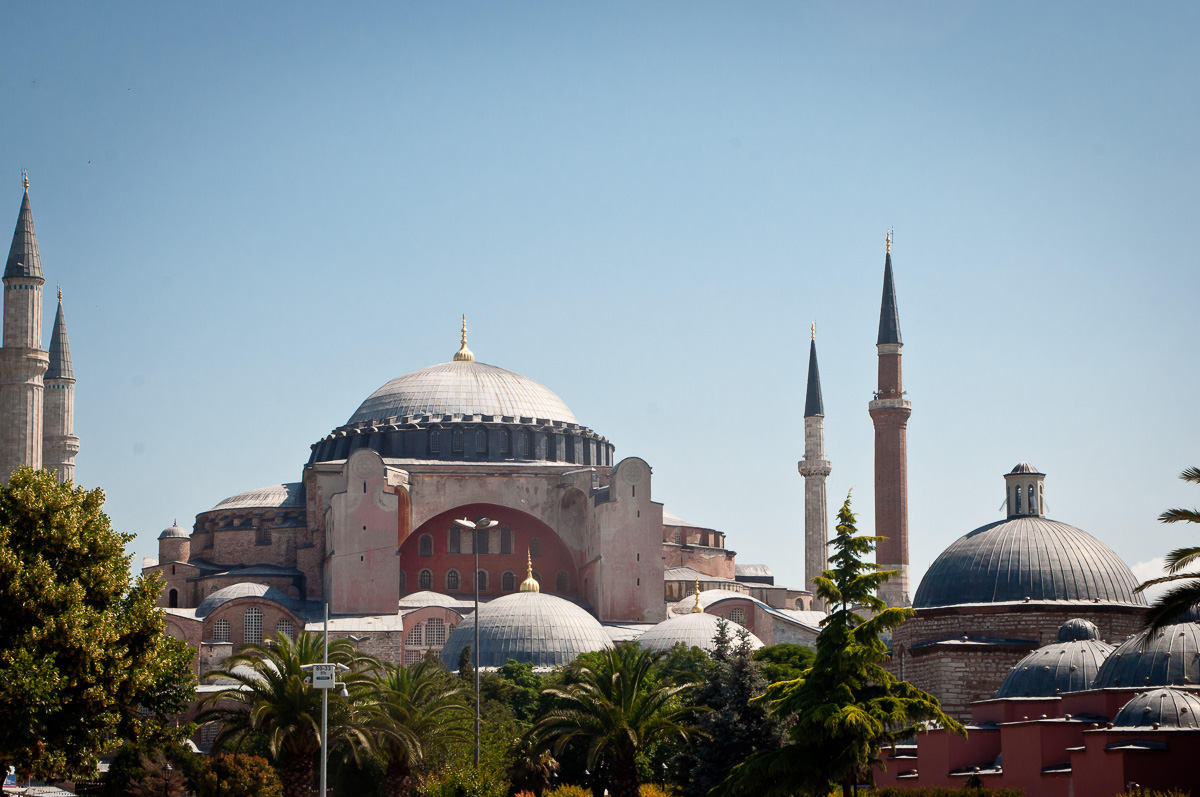 Turkey, which borders Iraq, Iran, and Syria, is an Islamic country. However, Turkey (and Istanbul) is much more westernized and liberal than many other Islamic countries. They have freedom of religion, although 99% percent of the population is Muslim. Our tour guide said that he was a non-practicing Muslim. Turkey has also been trying to become a part of the European Union. As a result, they recently uncovered some of the mosaics and now the Hagia Sophia has a Christian and Muslim influence. From the inside, the Hagia Sophia is breathtaking and is at the center of western/eastern ideals. 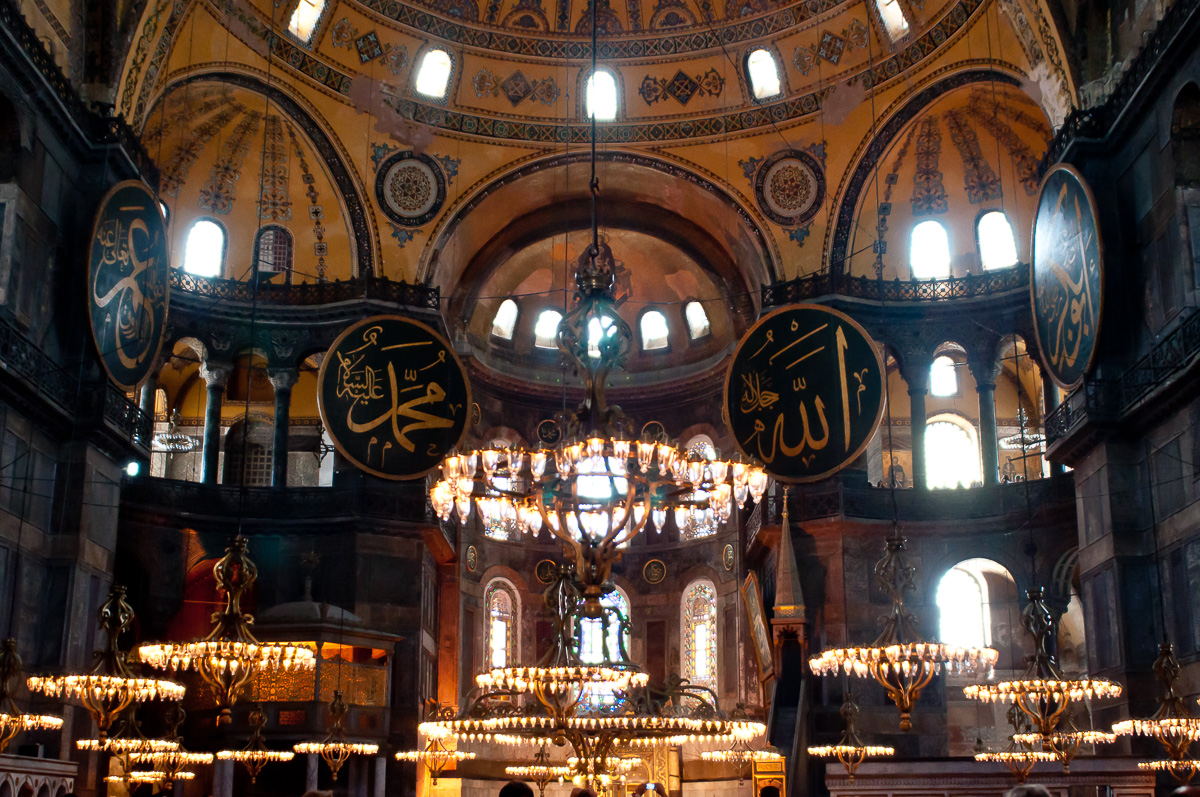 We ended our day at the Grand Bazaar, which is said to be the world’s oldest shopping mall. There are close to 4,400 shops on the walkway. Most of them sold useless things, but it was fun to walk through. 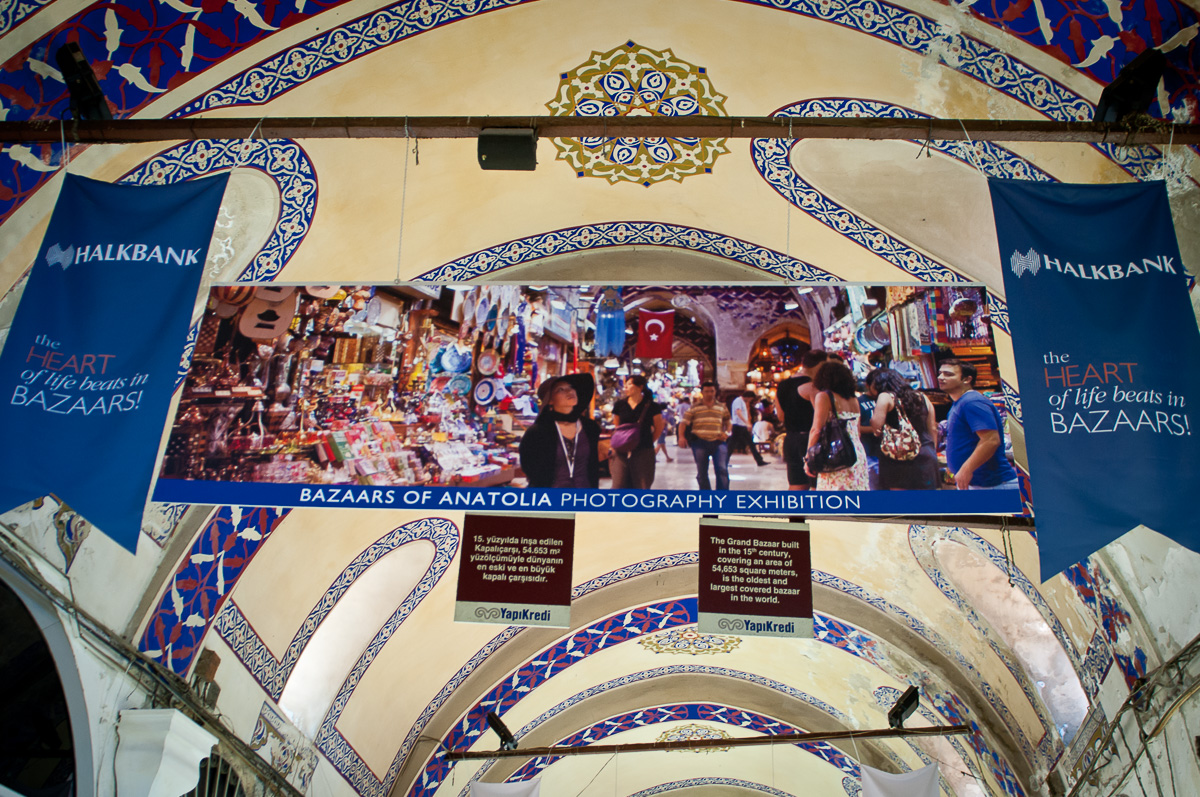 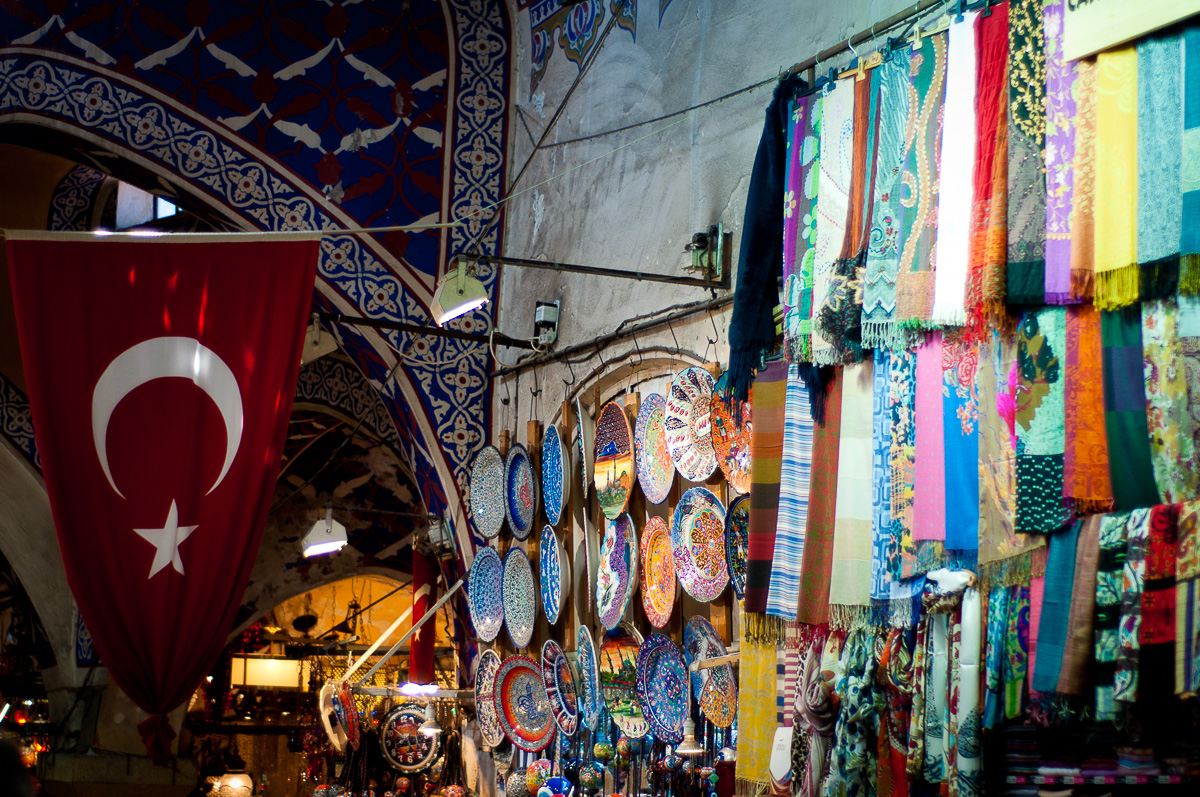 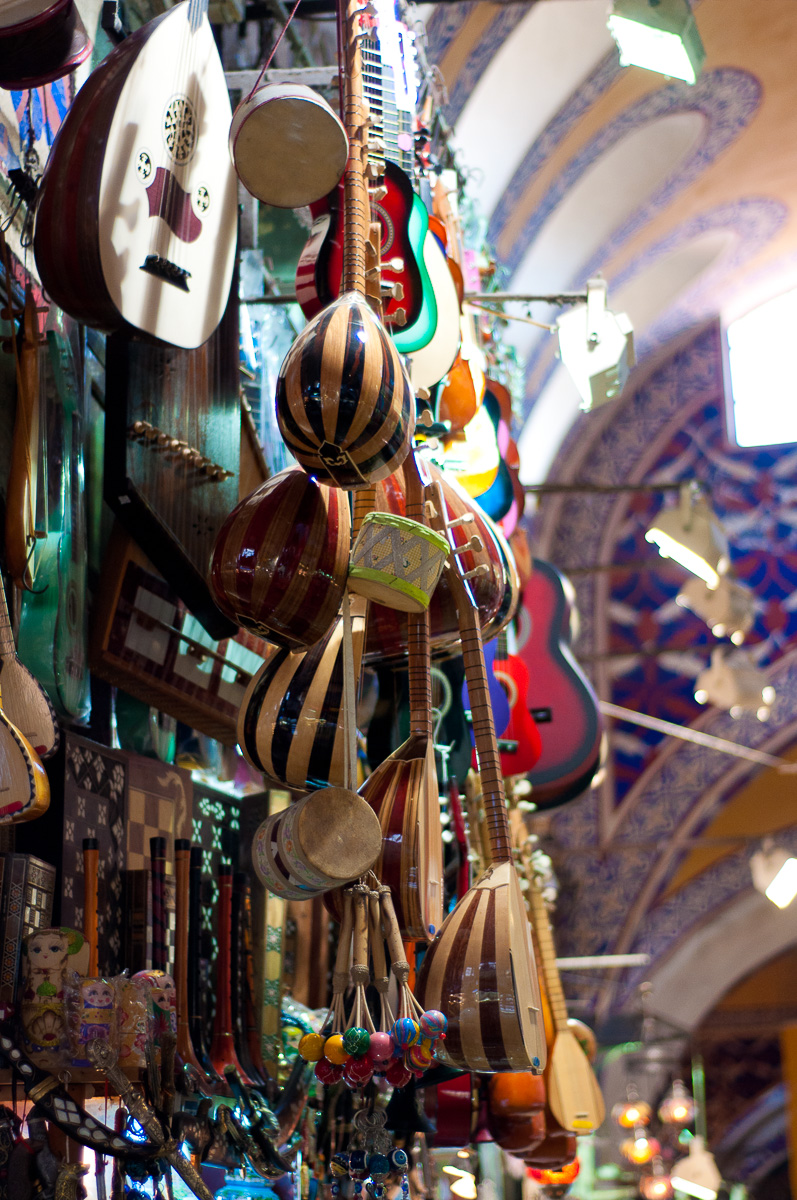 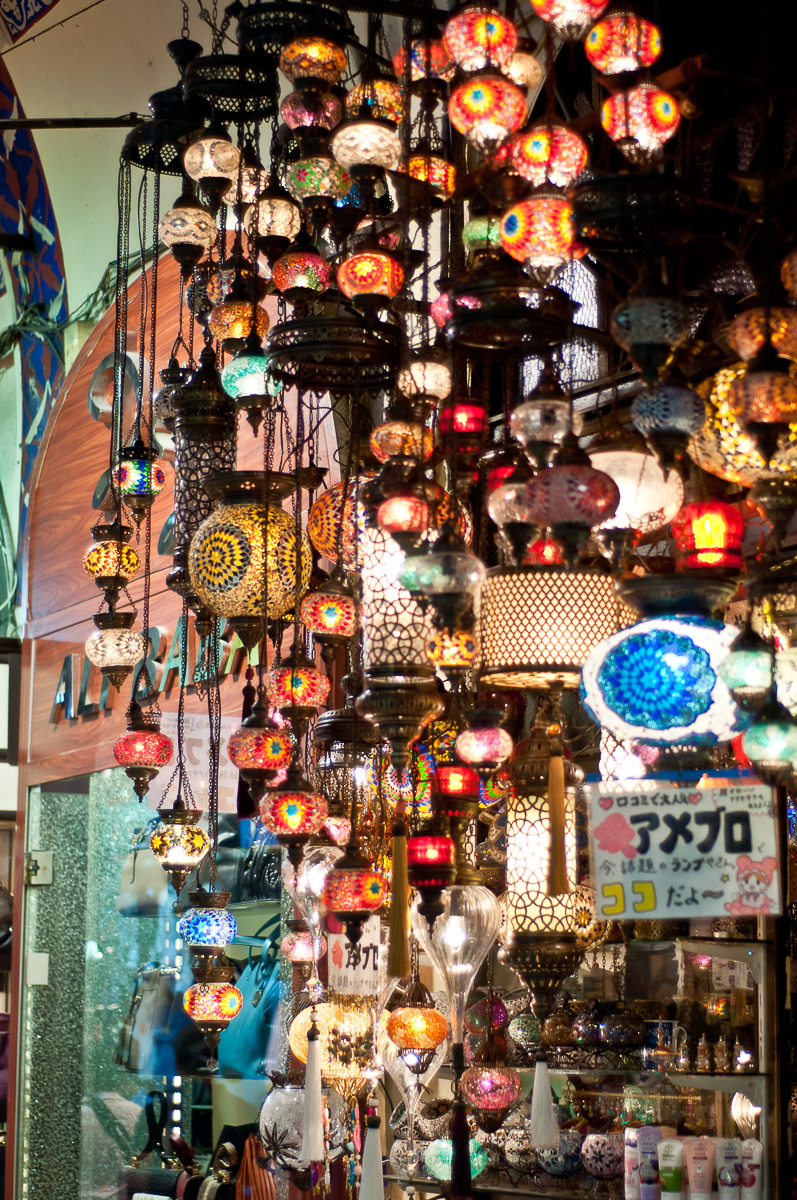 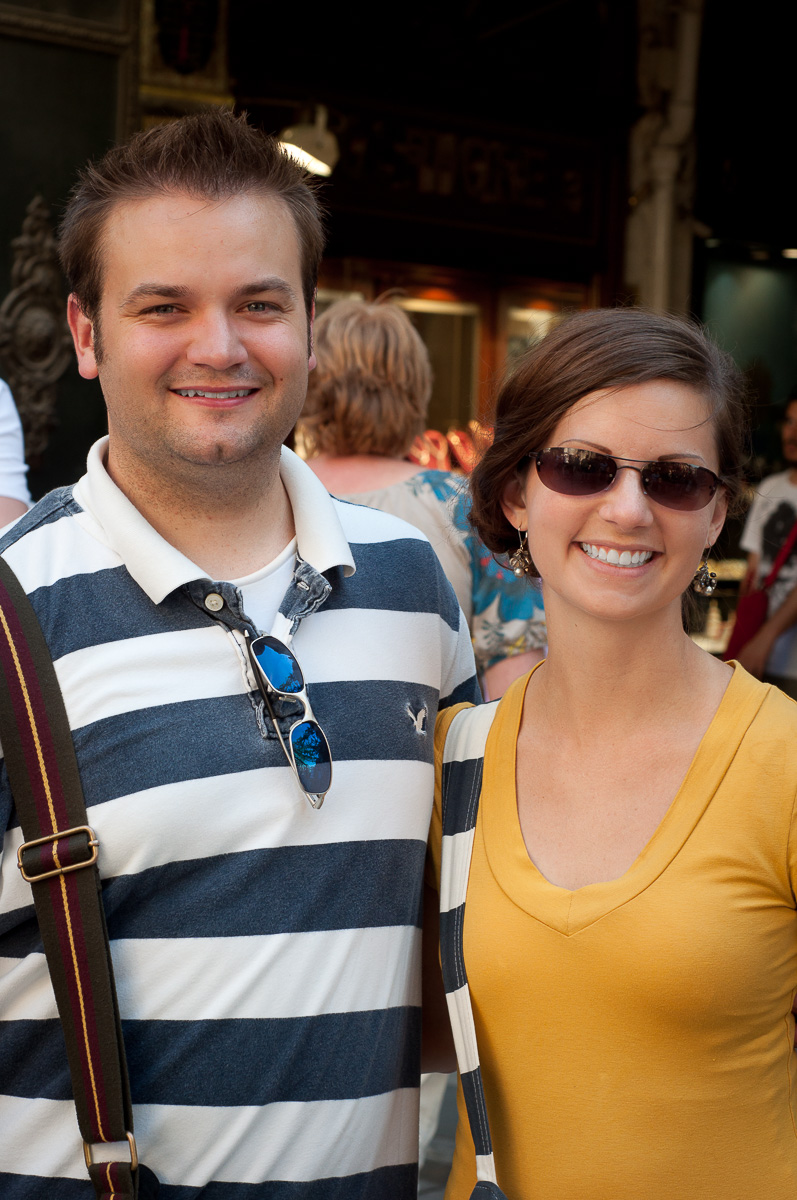 Brothers sharing headphones on the bus. How cute. 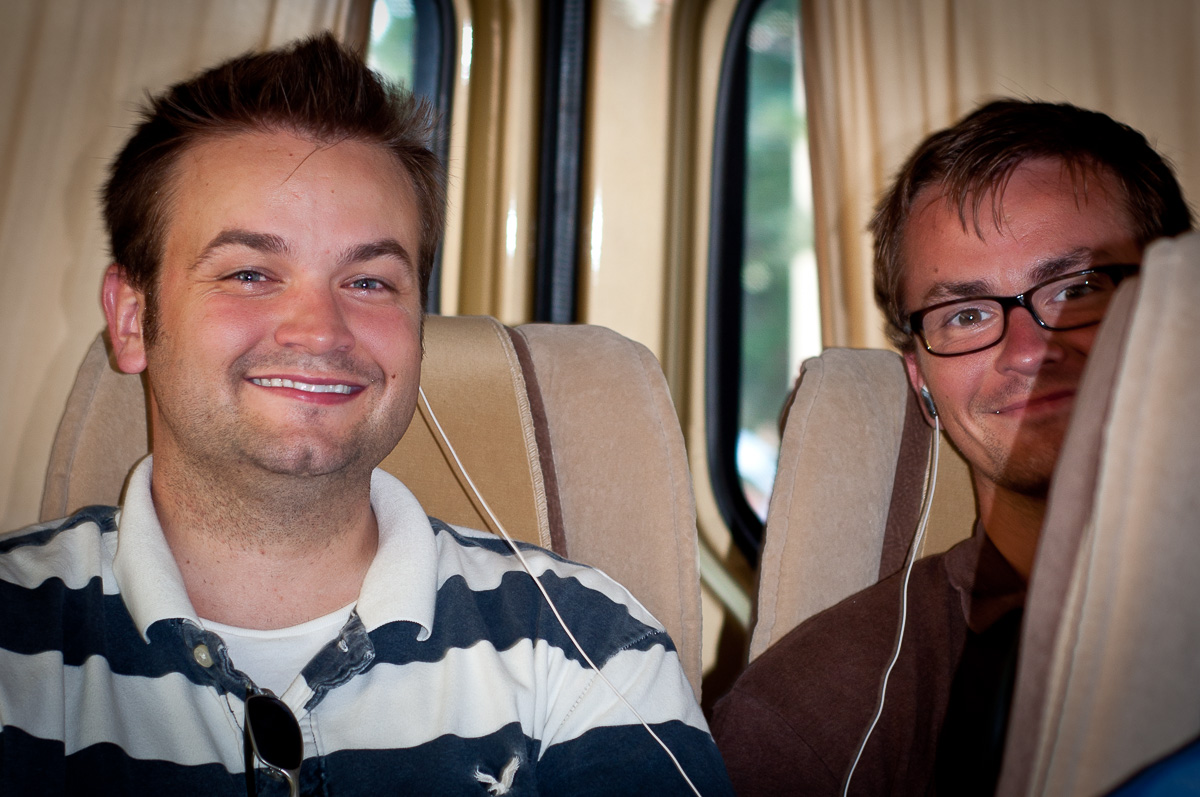 Also in Istanbul is the first continent-to-continent bridge. Istanbul is the only city in the world that spans across two continents, Europe and Asia. We passed under the Bosphorus Bridge as we were leaving. 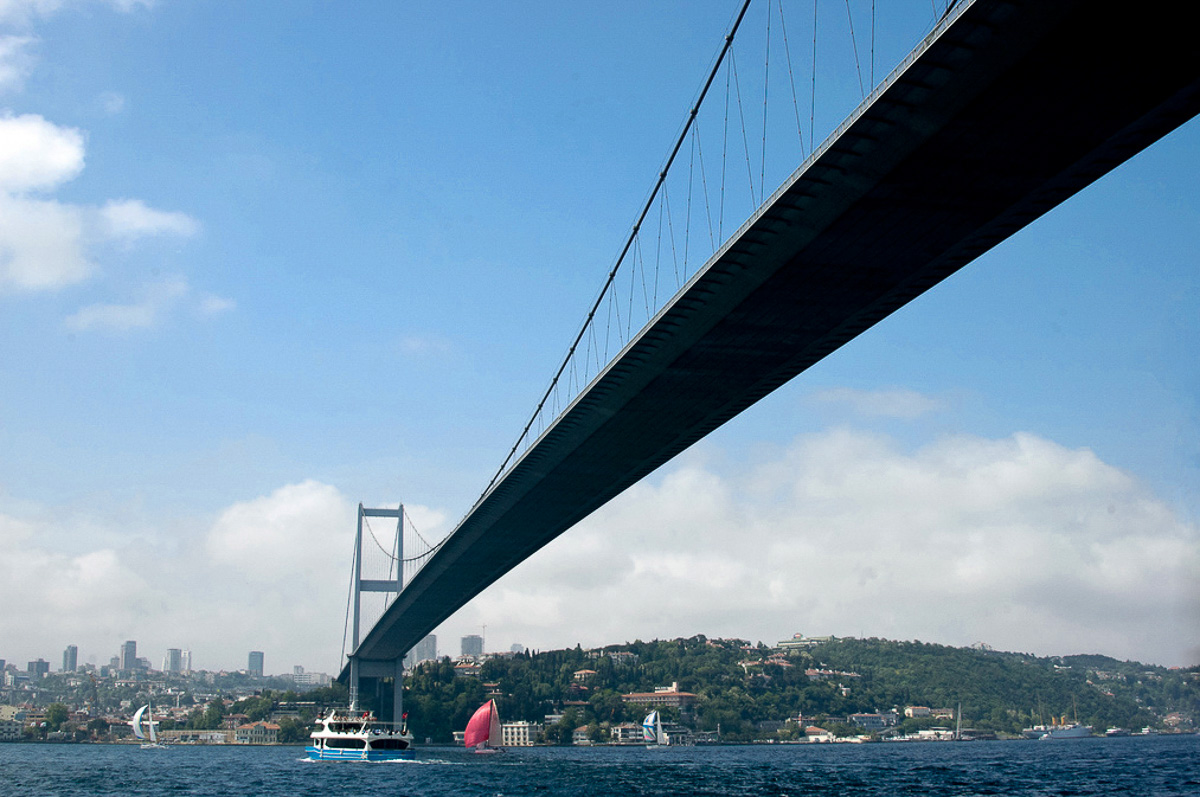 Napoleon once said, “If the earth were a single state, Istanbul would be its capital.” It is the city on which civilizations and empires have been built.

I would have to agree. Istanbul is one of the most fascinating cities I have ever been to.

And now I know you are all singing “Istanbul not Constantinople…” I was surprised to find out that there are more actually words to that song.