We woke up bright and early on day two in Rome. We had a lot of ground to cover and only one day to hit it all. 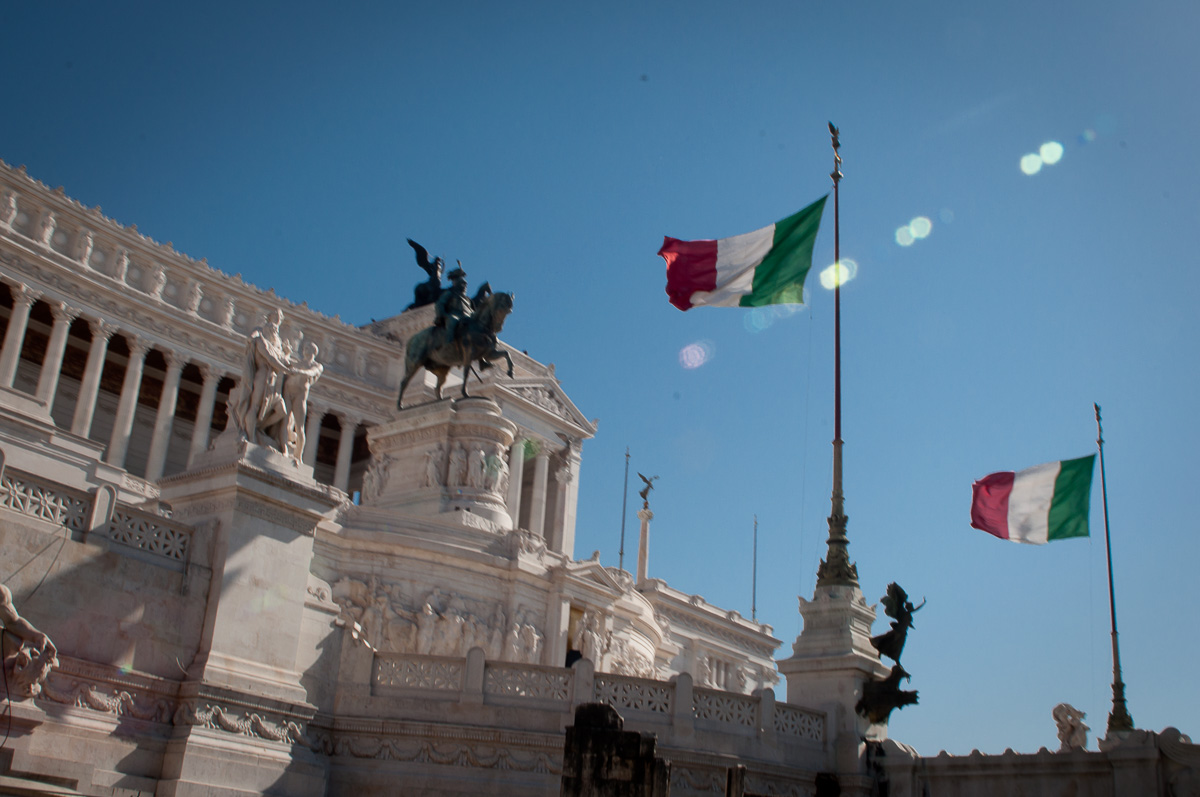 We had an early reservation at the Borghese Gallery, and we weren’t sure how long the transportation would take. We ended up being the first ones there, so Troy spent a good forty five minutes trying to remove a tiny piece of paper that was wedged in his headphone jack. He was not successful. 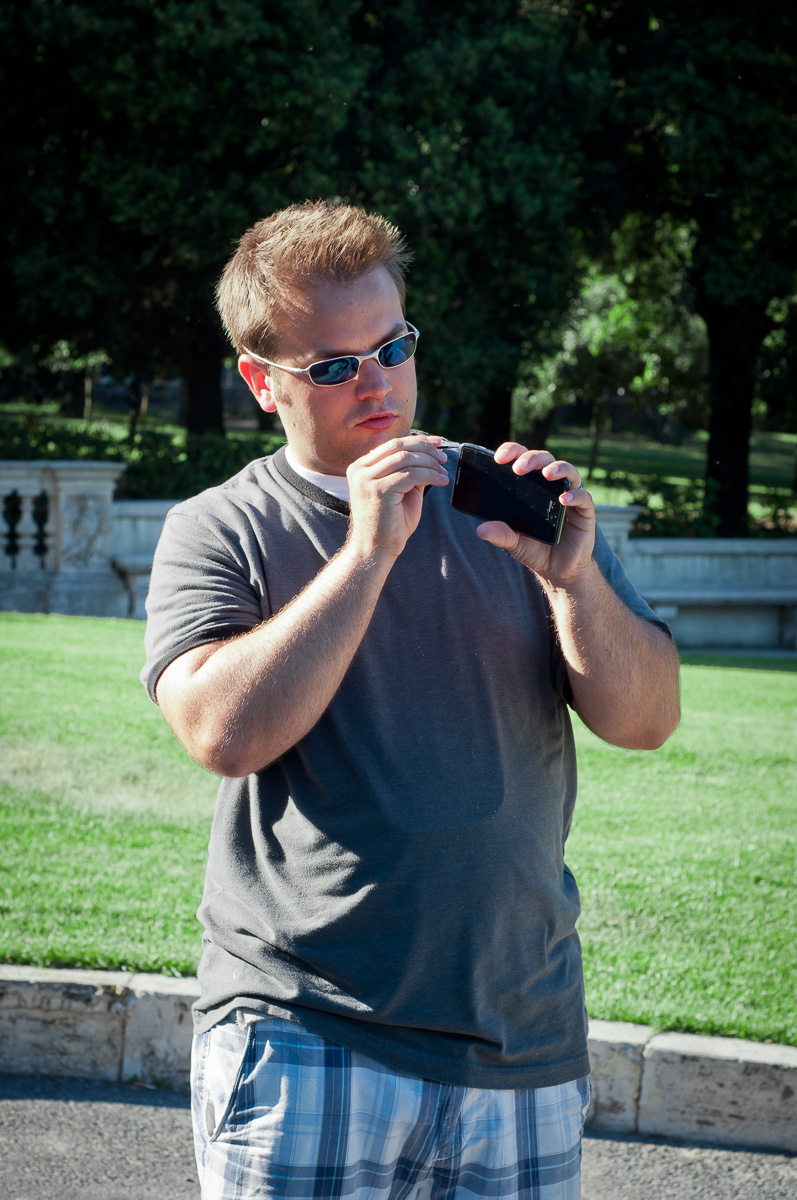 We walked around the beautiful gardens while waiting to go in the gallery. We weren’t allowed to take pictures inside the galleria, but I think it was my favorite display of paintings and statues. We saw incredible Bernini statues. The whole statue making process still baffles me. 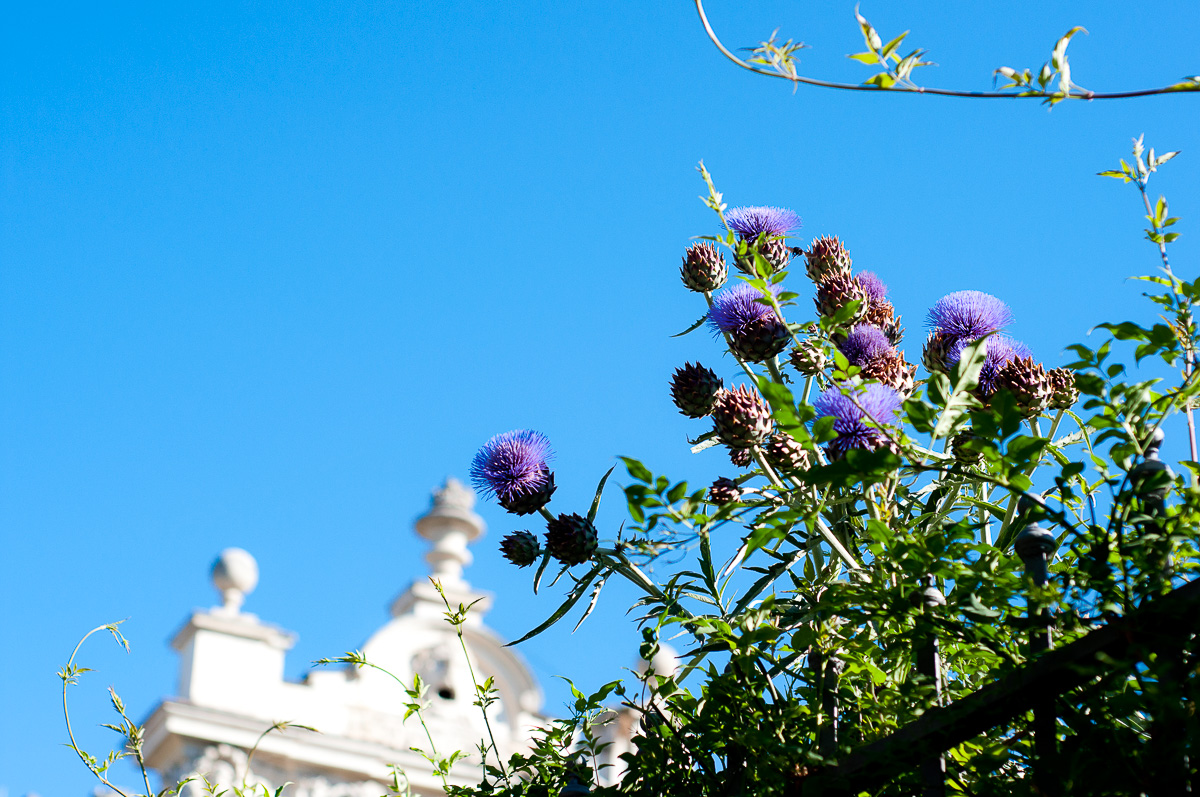 After the Borghese, we walked to the Spanish steps. 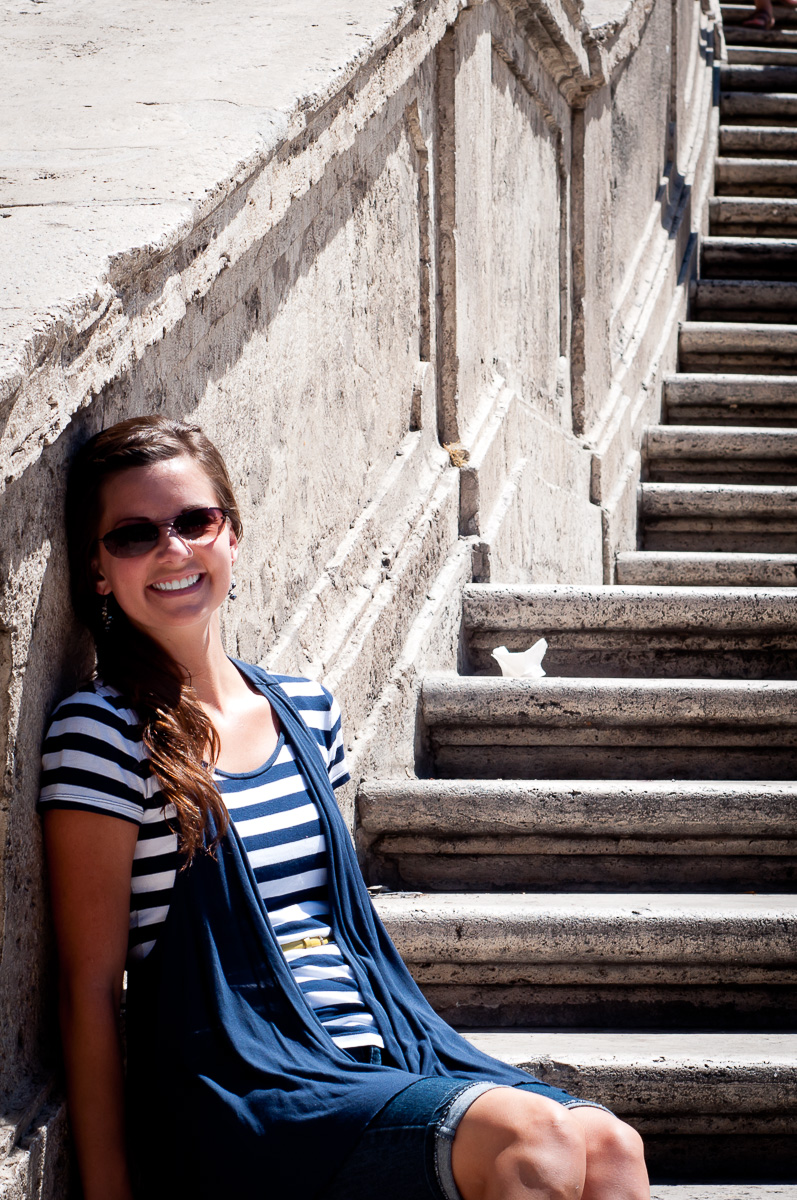 We people watched for a few minutes, but the real purpose of the excursion was to locate a restaurant that Troy’s family ate at nine years ago near the Spanish Steps. After peeking into several Ristorantes, the guys recognized the right one from the napkins. 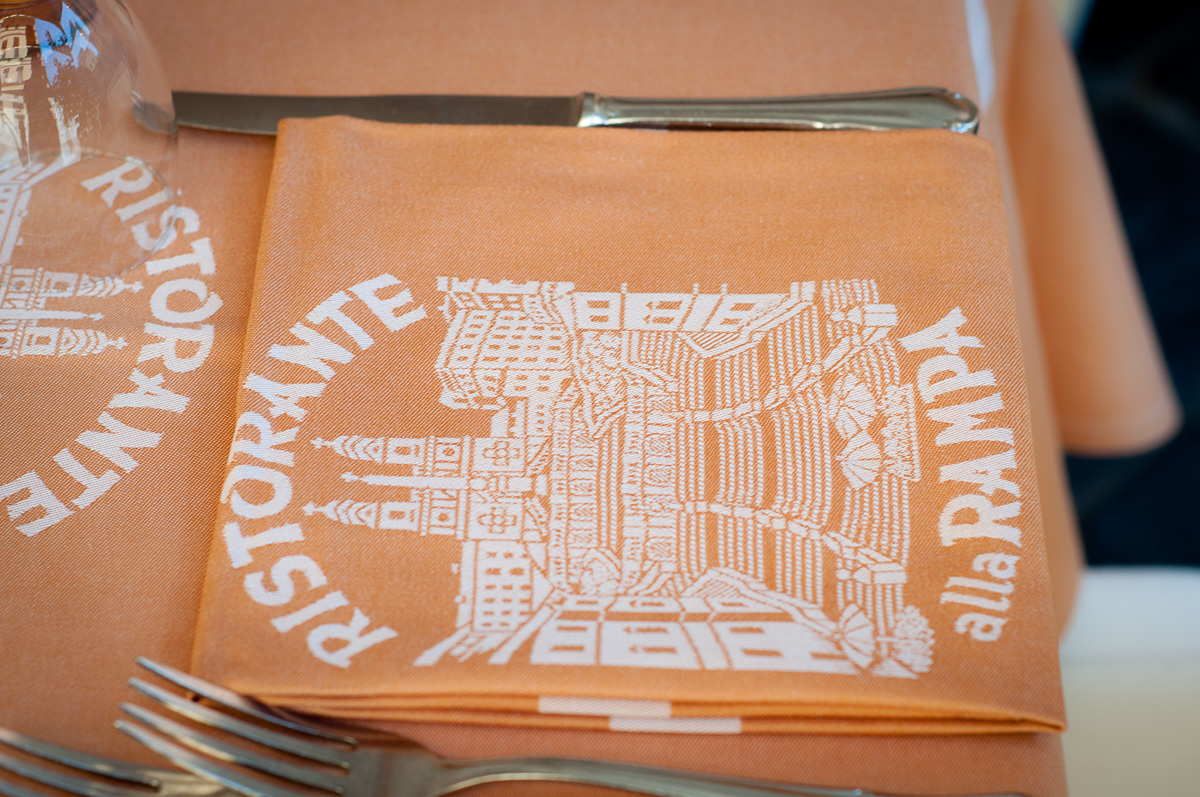 And their stomachs remembered the menu. 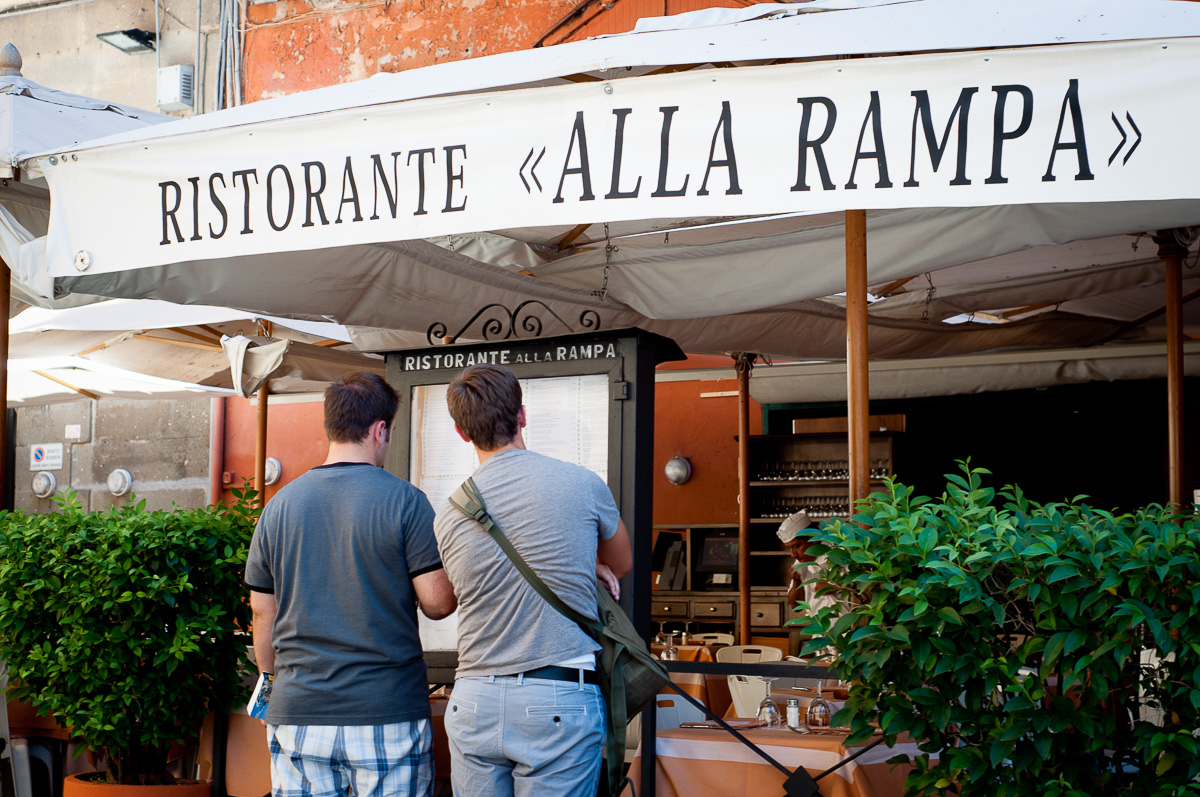 The wait staff was incredible. They took extra time to explain the origin of each food to us and they even let us sneak a couple napkins in our bags to bring back home. 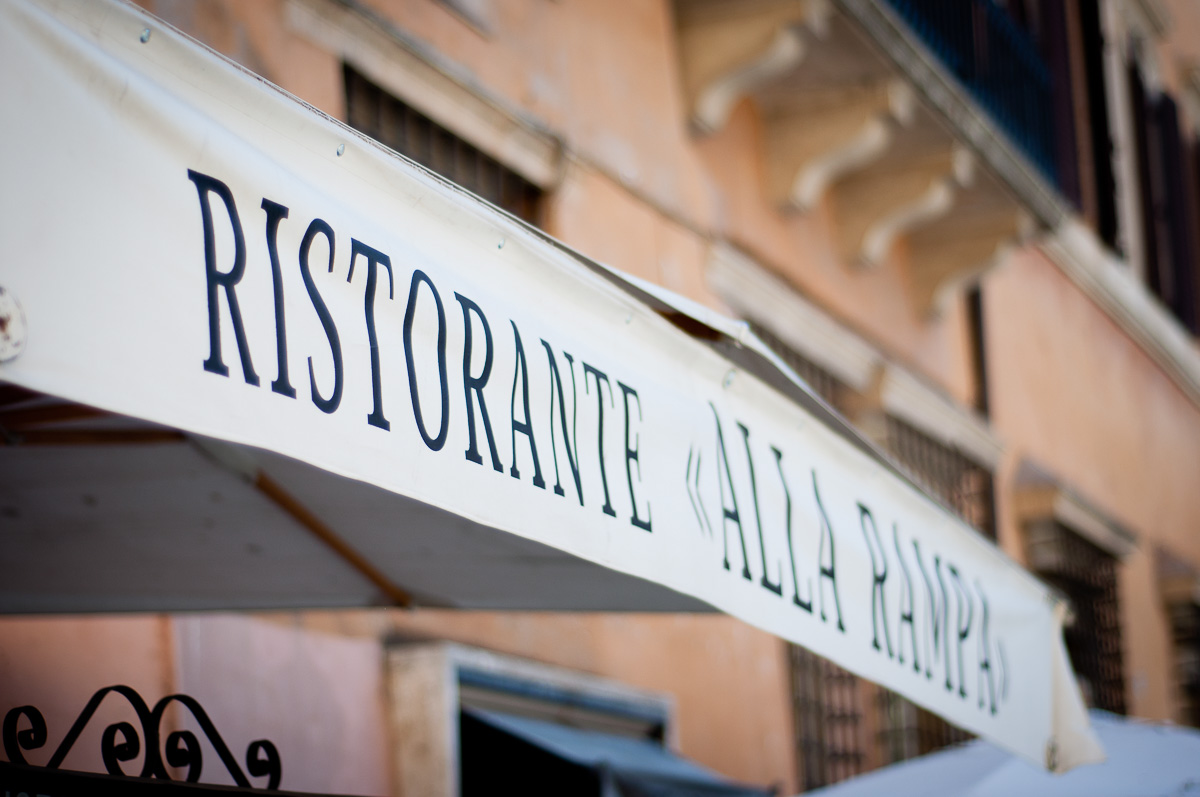 I have to admit, the food was exceptional. The very best we had in Rome. All of the pasta was handmade and the tomatoes were of the sweet variety from Sicily. I had the best tortelloni of my life. 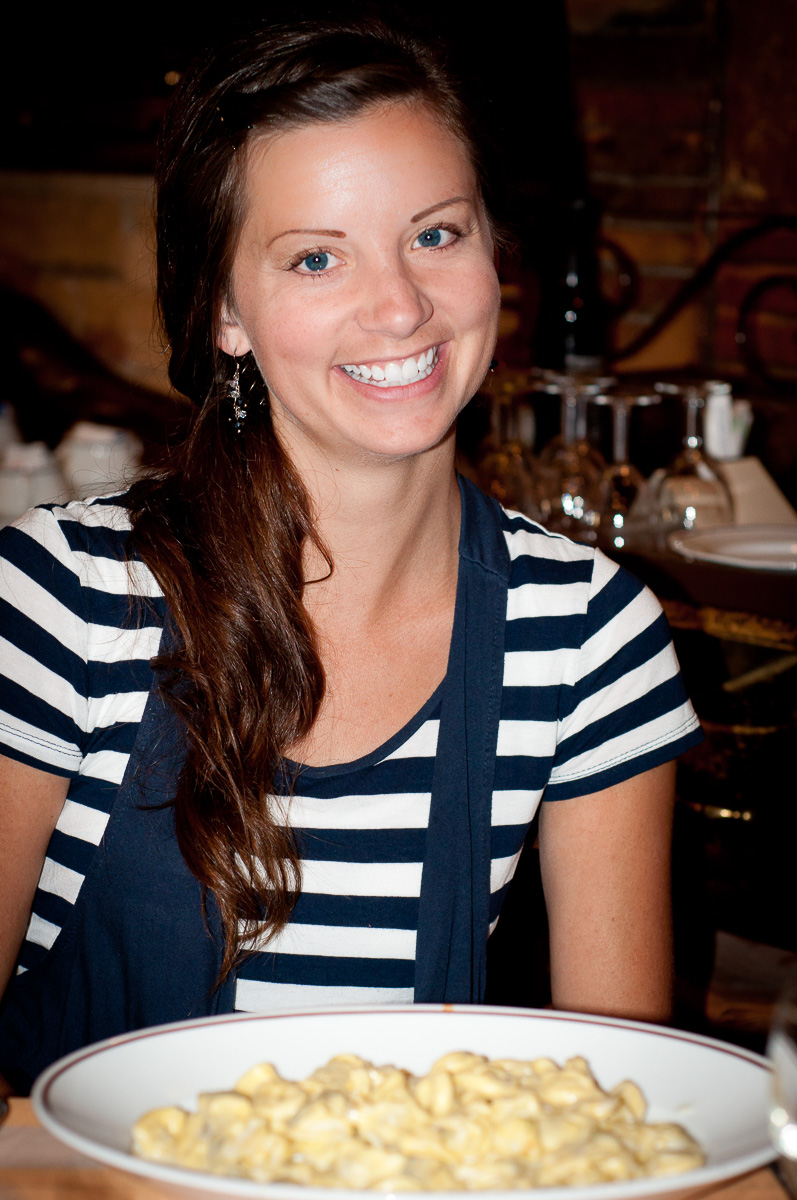 We continued our day with the Heart of Rome walking tour. 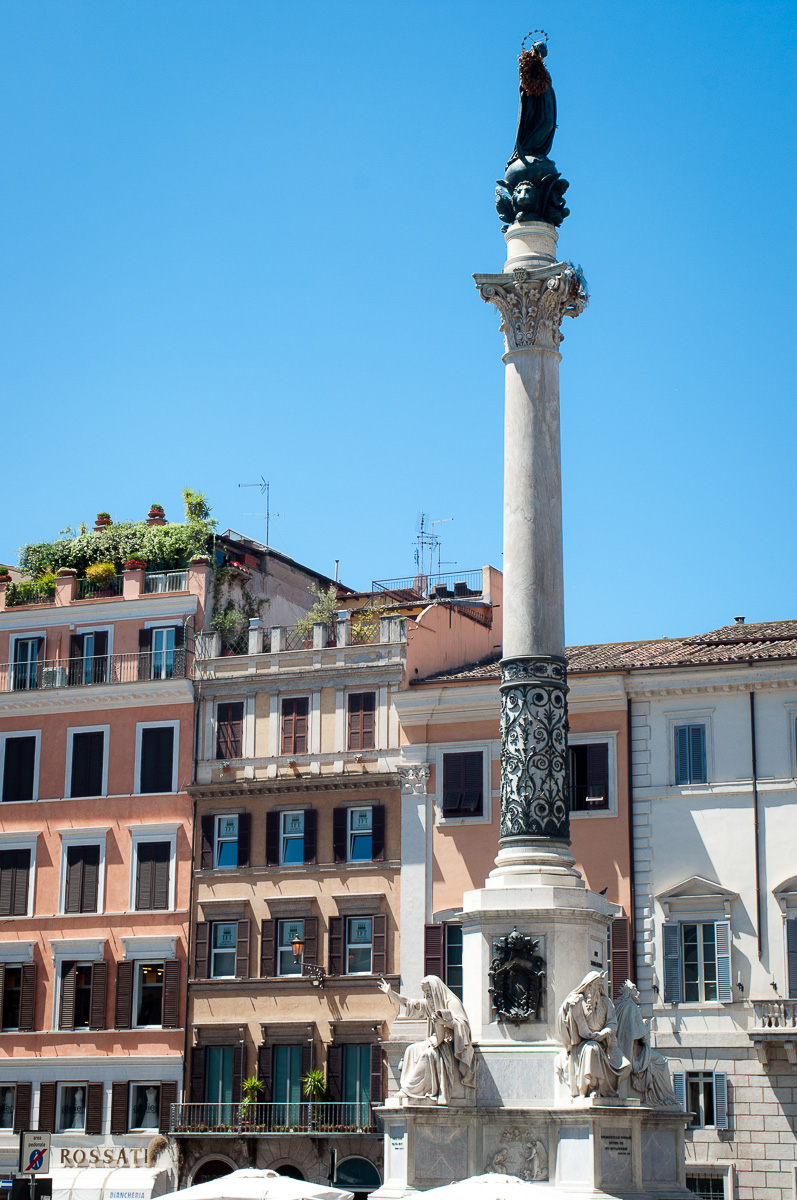 And made a quick detour to check out the most lavish McDonald’s in the world. It was two floors and had a separate coffee/pastry shop. 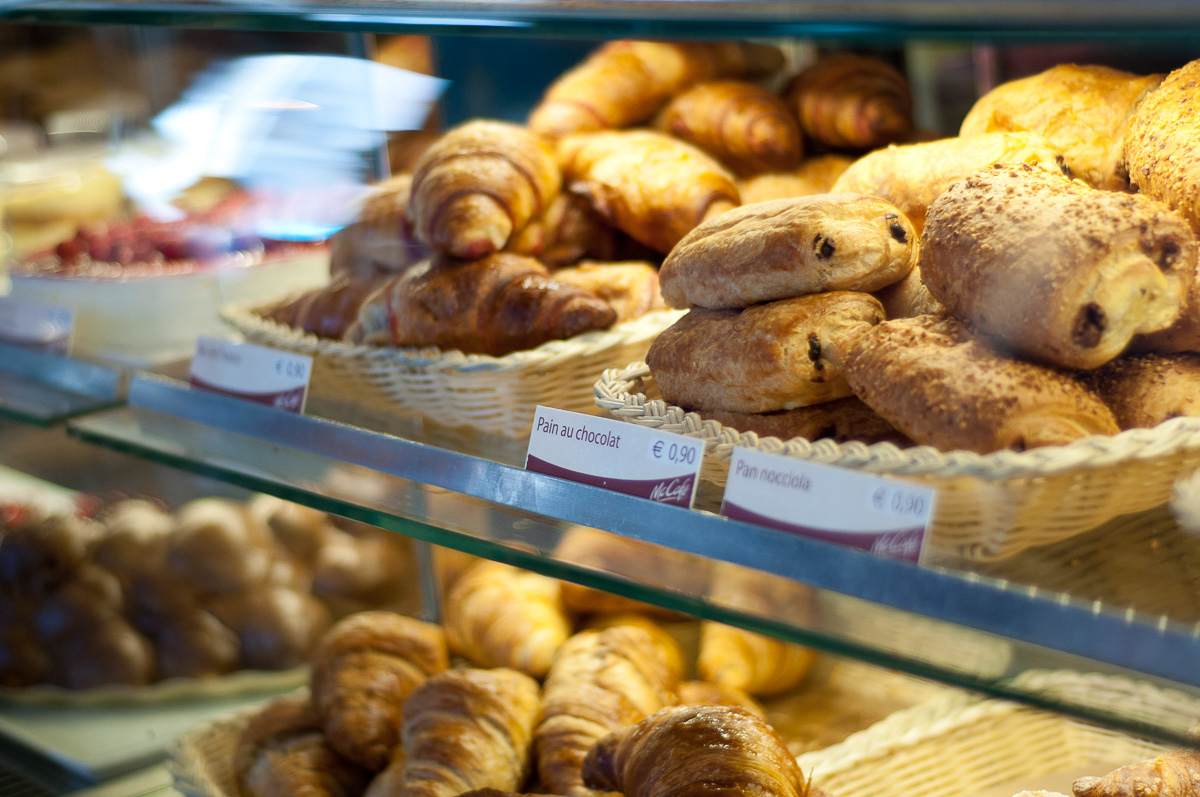 Troy gave me a really hard time about taking these pictures. I might as well write it up since I’m going to hear about it for the rest of my life.

The day before, at the Vatican, I bypassed taking a picture of the Peita, one of the most famous Michelangelo statues in the world.

My reasons for not snapping a shot were fourfold:
1. Sometimes if I don’t particularly see the artistry (in my own opinion), or the light isn’t great, even if the item is historical and ancient, I don’t take a picture.
2. I could Google a million similar images.
3. It was hot and crowded and I was tired and ready to wrap up the day.
4. The statue was behind bulletproof glass.

Troy gave me grief for not taking a picture of such an important piece of art, and only my fourth reason for bypassing stuck out in his mind.

So, naturally, when I captured the art of the pastries at McDonald’s, since they were “behind glass,” Troy teased me relentlessly. 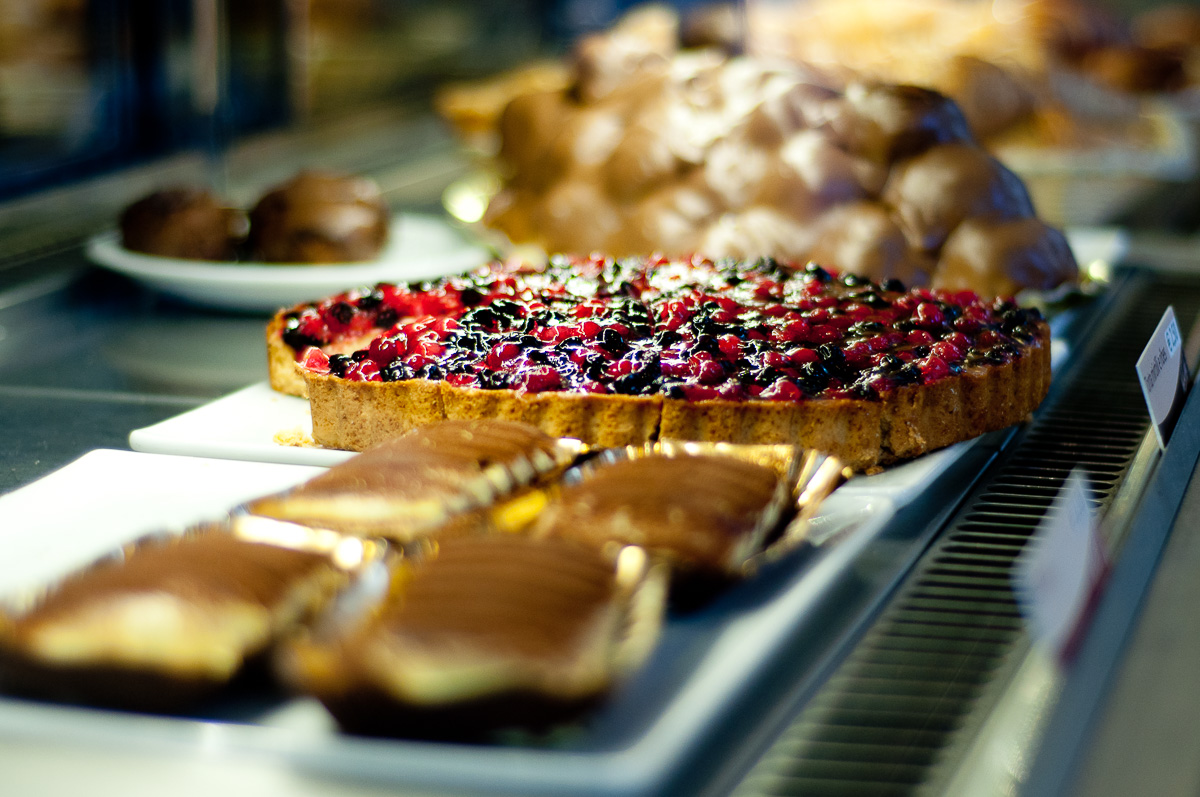 The Heart of Rome walk eventually led us to the Pantheon. 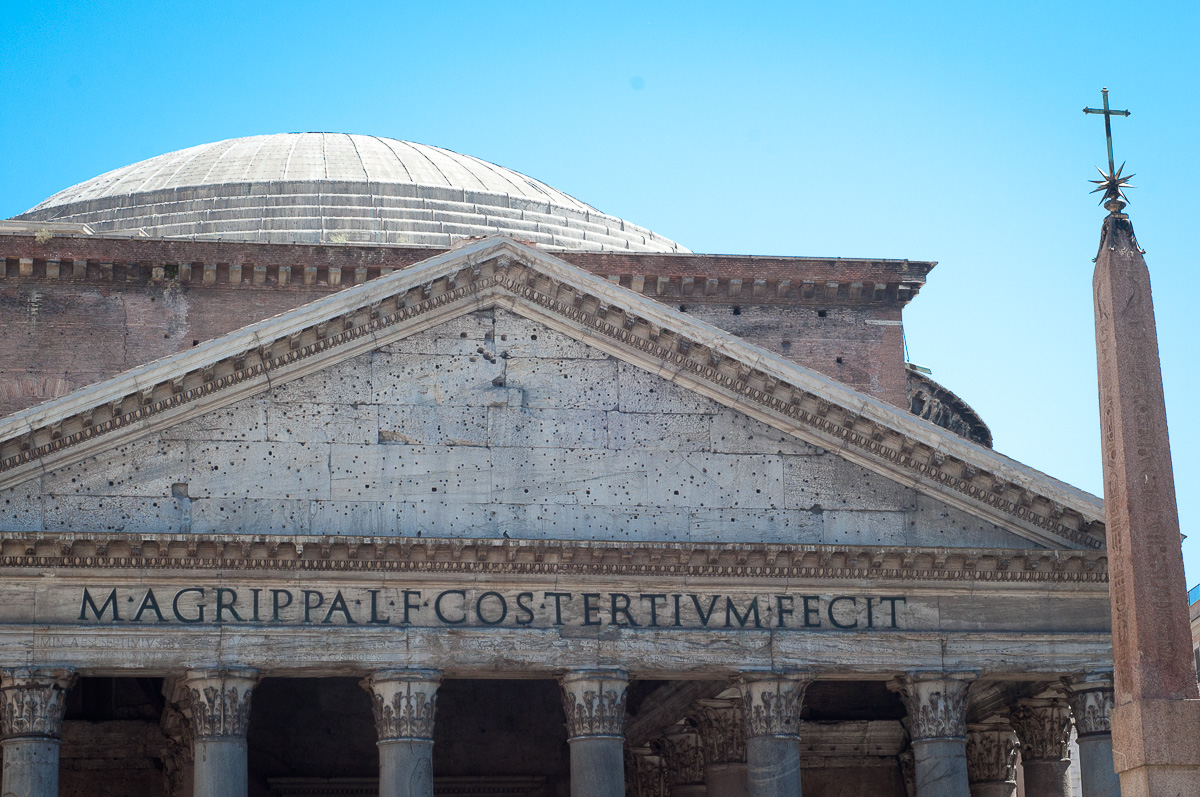 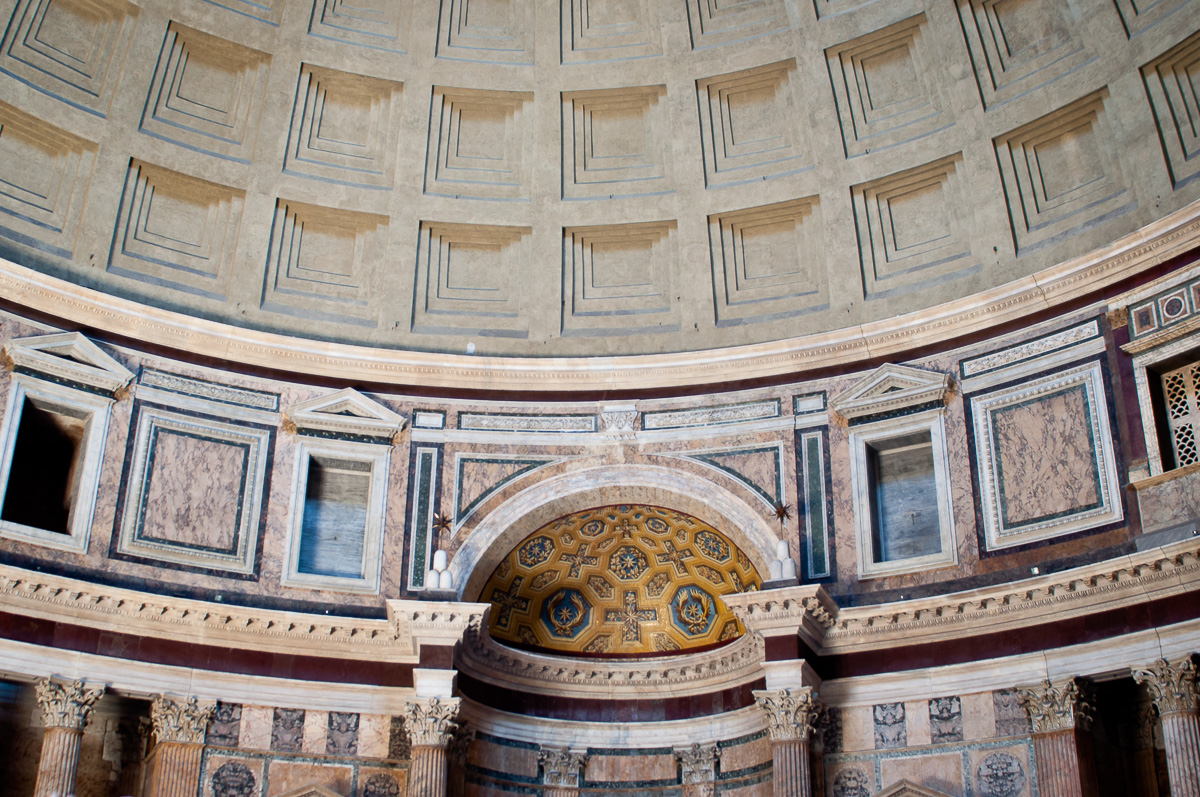 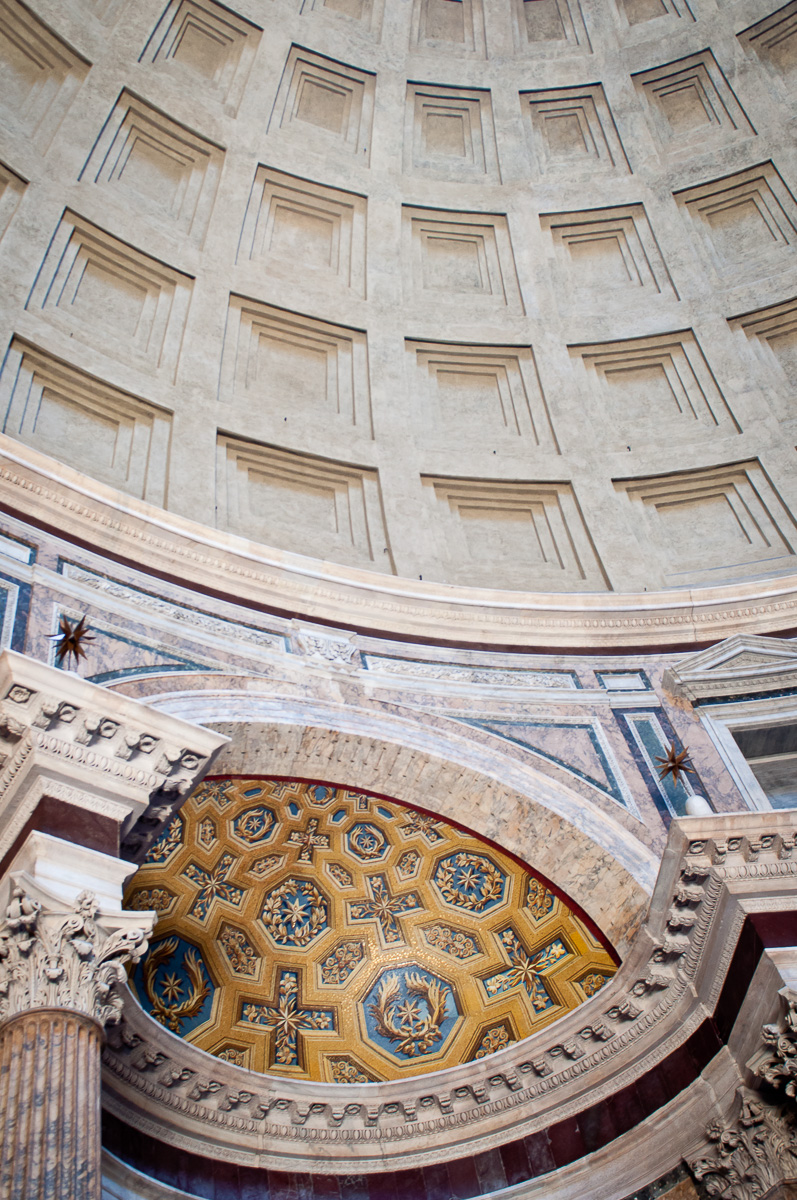 Next on the agenda was the Colosseum. Seeing this was really surreal. It is right in the center of the city, which surprised me. I think I always imagined the Colosseum being secluded in the country, but a major road leads right up to it. 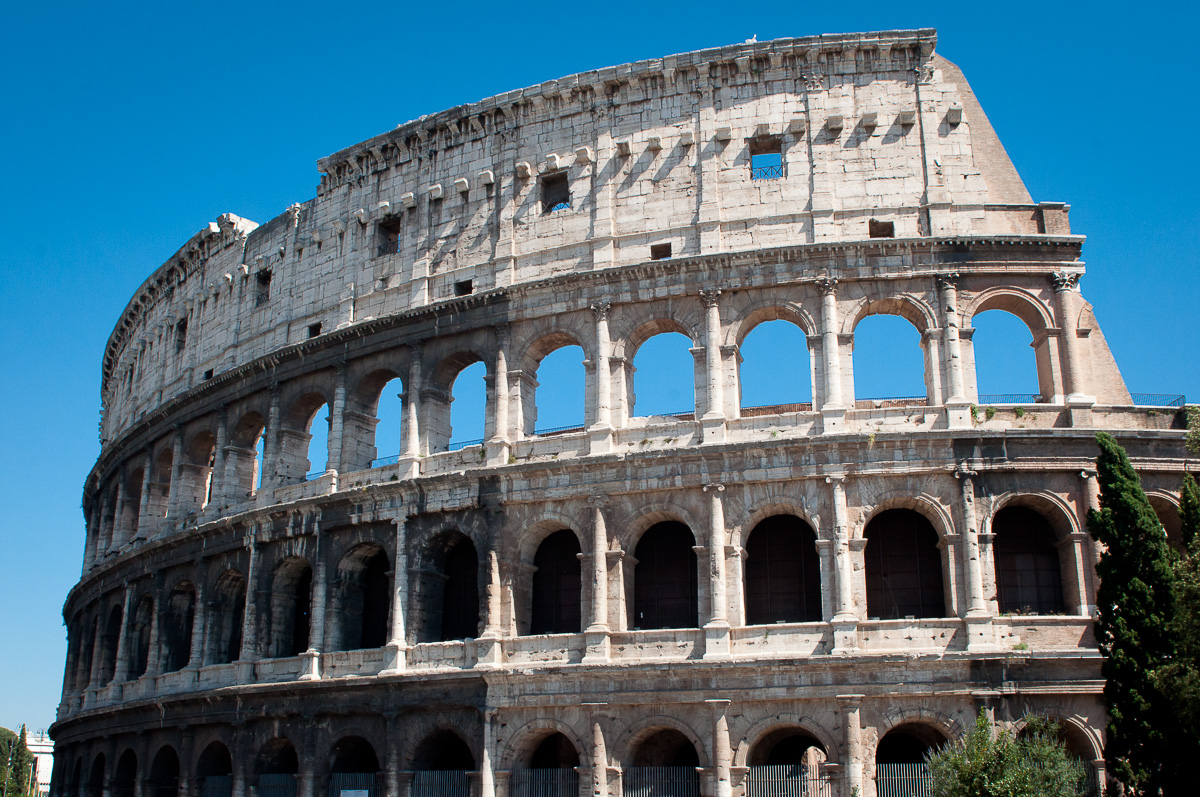 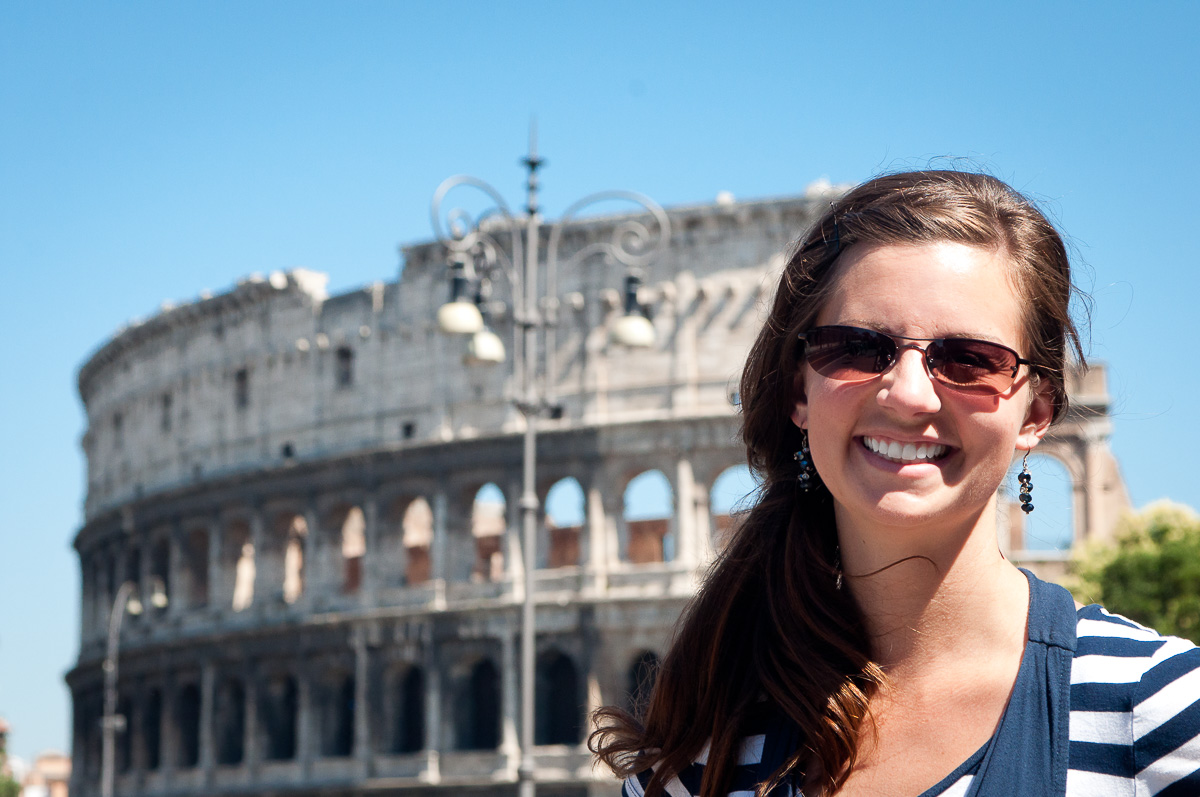 It was both fascinating and sad to learn about the Gladiators fighting to death in this arena. 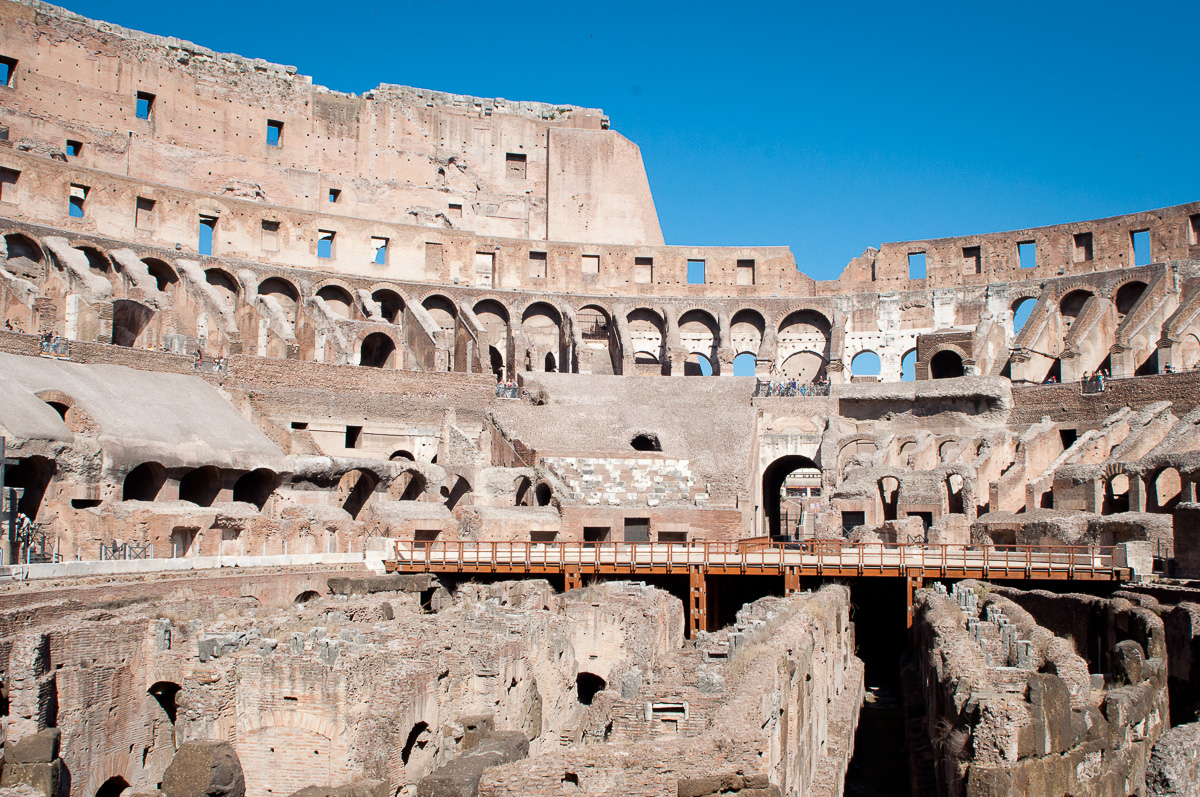 Last on the agenda was the Roman forum. I kind of checked out at this point and didn’t take any pictures. Did I mention how hot it was? Even in the late afternoon, the sun beating down on us after a long day of walking around Rome was too much to take. And because of the headphone jack issues with Troy’s phone, it meant that three of us had to share headphones from one phone. Walking really close to two other hot and sweaty people while listening to Rick Steves guide us through the forum did not sound appealing to me in the least bit.

I took advantage, instead, of the fountains that were located all over the forum. They were actually all over Rome, and the water was really cold and drinkable. 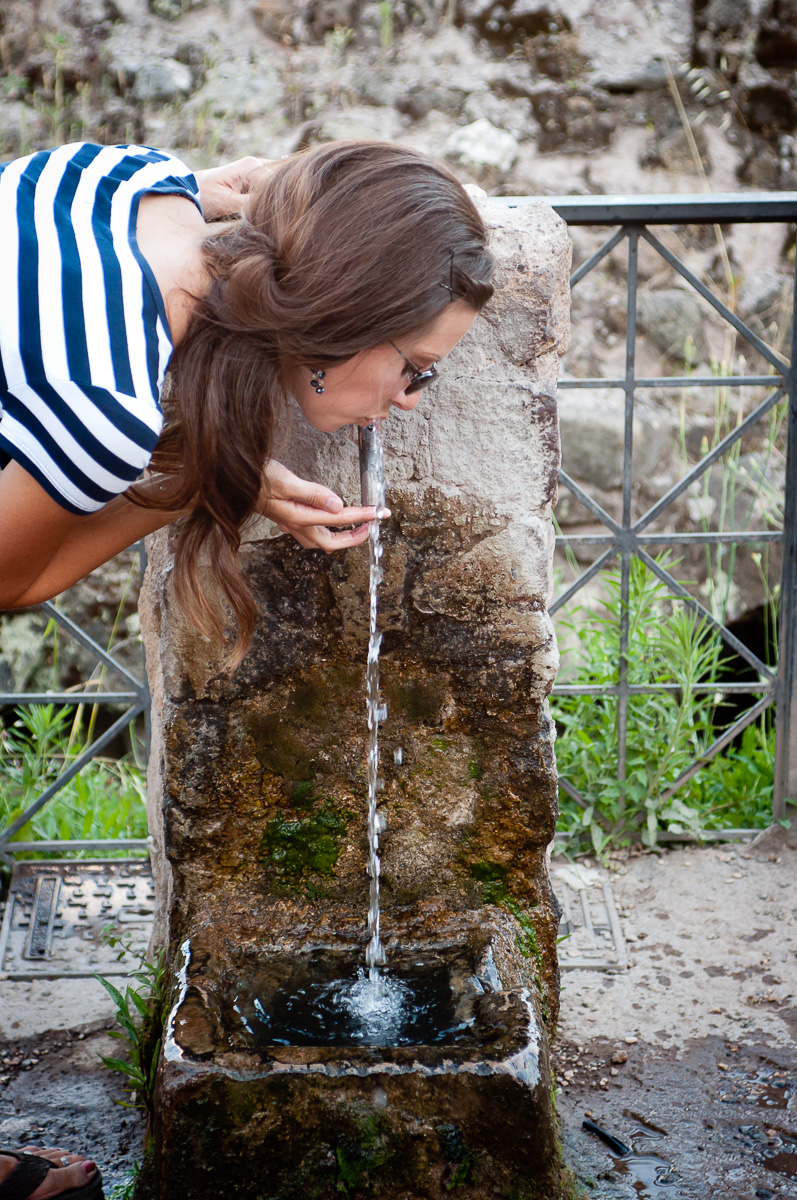 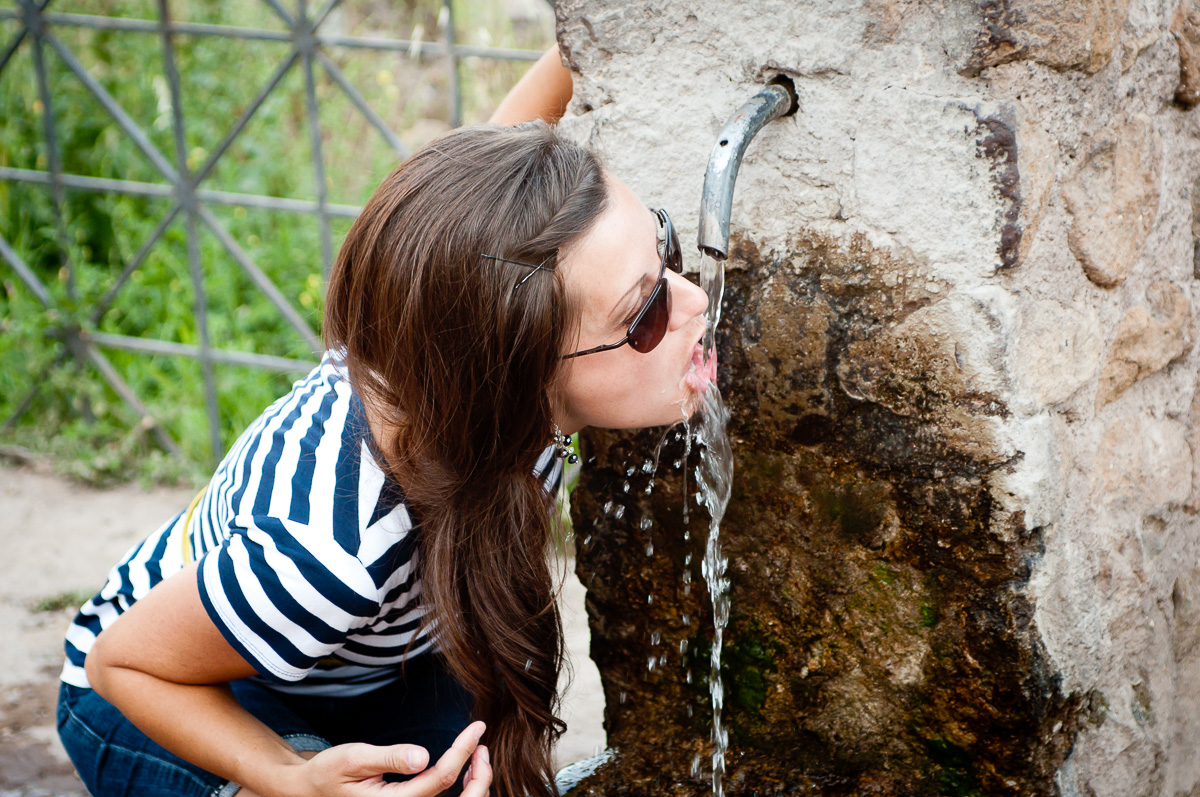 We made several stops throughout the day to sample gelato. My favorite gelateria was called Della Palma. They literally had over 100 flavors to choose from. 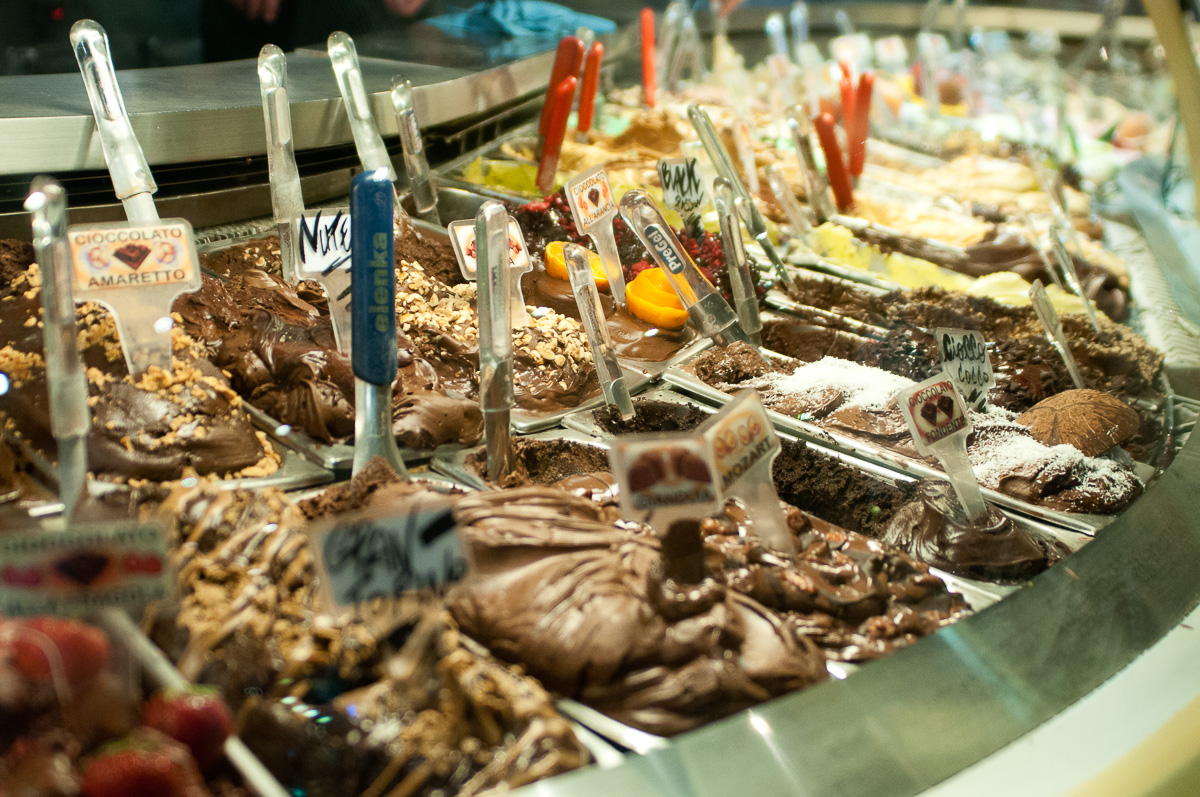 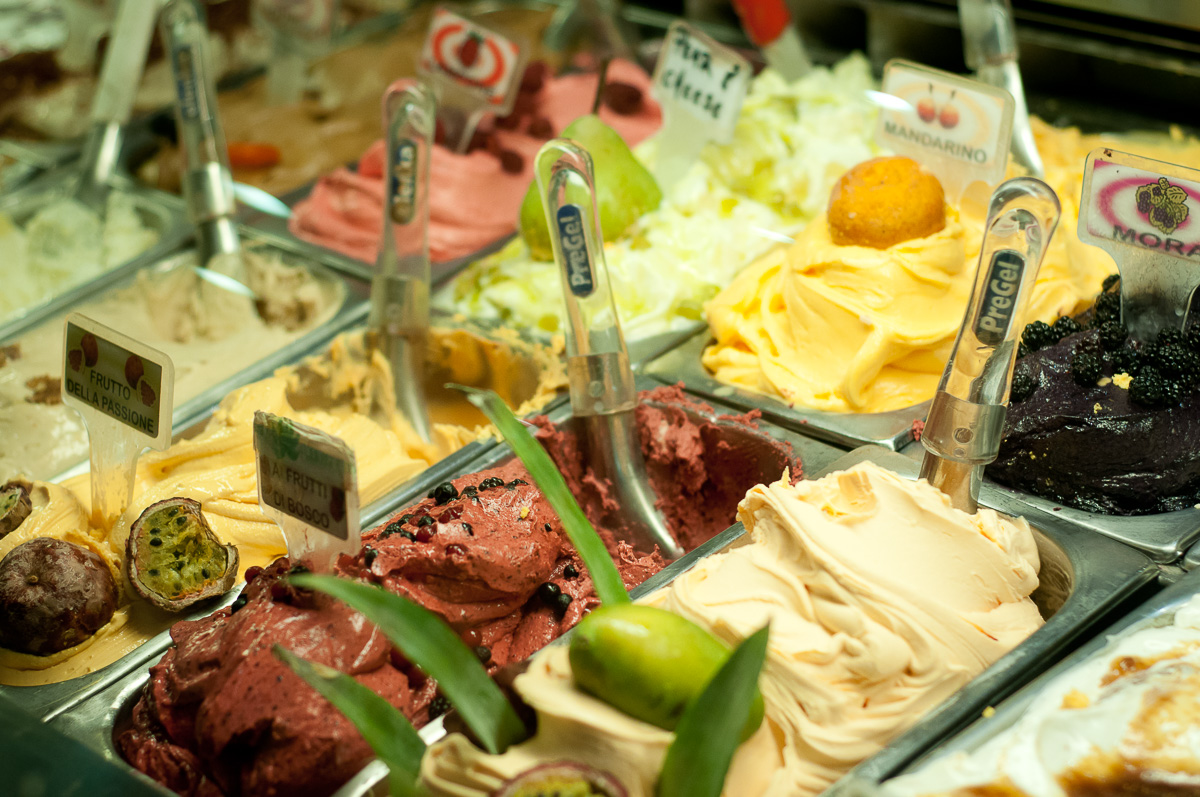 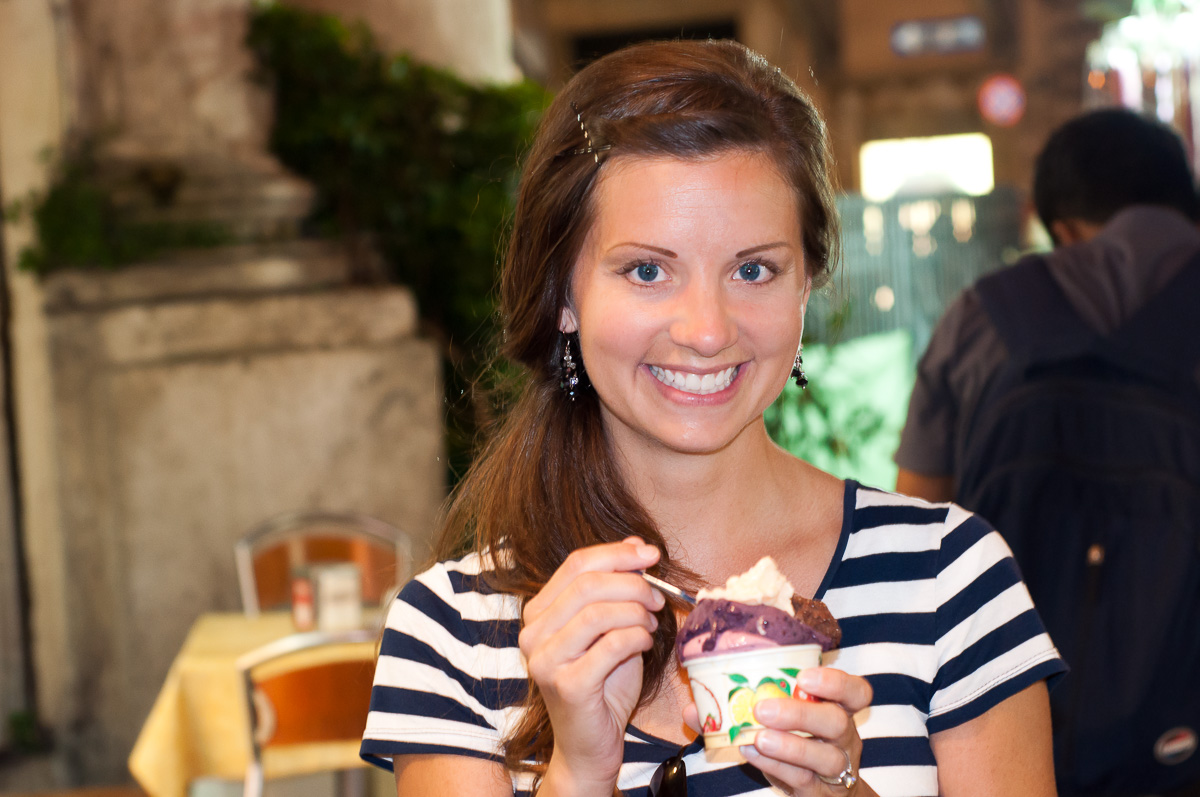 We topped off the night at the Trevi fountain, which was insanely crowded with crazies trying to sell us roses and souvenirs. We bought the boys glowing helicopters that have since broken. The fountain did, however, live up to the standard that we had already seen in Rome. It was gigantic and beautiful. 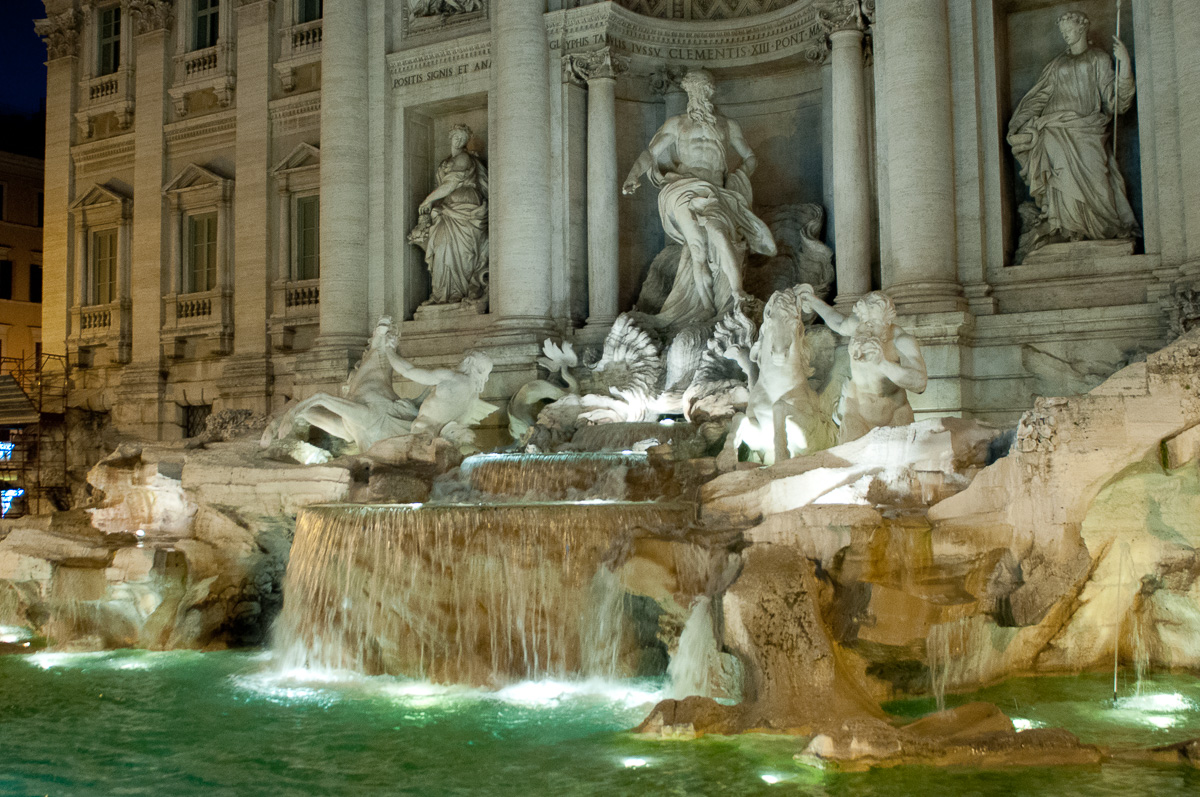 And that {finally} wraps up our trip!

Troy and I left early the next morning to reunite with our boys that we missed like crazy. We were welcomed home with several emails informing us of the credit card fraud that occurred while we overseas. The one and only place I used my credit card was at the airport in Rome. It seemed pretty civilized and safe, but apparently I was wrong.

After a few jam packed weeks at home, we’re flying off to Michigan in a few hours for the next round of adventures. We feel incredibly blessed to be traveling all over the planet this summer, but man alive, we’re trying hard to catch our breath!