Let’s just say that we’re not sure Blake has an aggressive bone in his body. 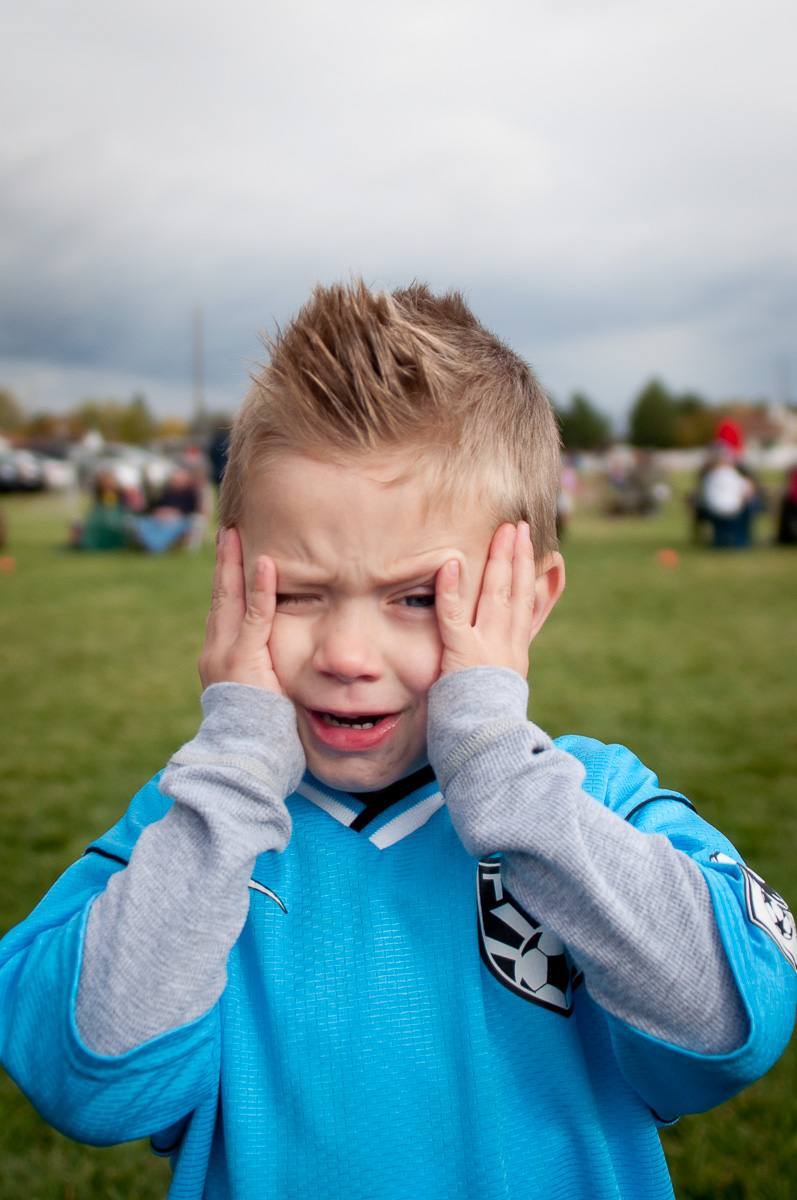 The odds were not in his favor to begin with. He had a cold and didn’t sleep well the night before. He was told when he arrived that he couldn’t wear his sunglasses in case the ball got kicked in his face (what every four year old wants to hear). And he is super sensitive to light, so he basically complained and cried the entire game about the sun being in his eyes. Add in the runny nose factor, going through so many tissues that we ran out, and being expected to go out on a field and try to kick a ball that five other kids were suddenly going after, and we didn’t have the best recipe for success.

When we actually coerced him to go out on the field, he stood there and sobbed. Or just ran right back to the sidelines mid-play. We left feeling embarrassed and frustrated and really didn’t know how much to push vs. how much to let it go.

We decided to give it another go the following week. Thankfully, each game since then has become a little less overwhelming. We’ve talked about being committed to a team and participating even when it is hard. He now knows what to expect and joins in without tears streaming down his face.

That doesn’t mean he goes after the ball unless it is his turn to kick it in, but he seems to be having fun running around and following the crowd. Or at least wandering to la-la land in his own mind while the other kids kick the ball. 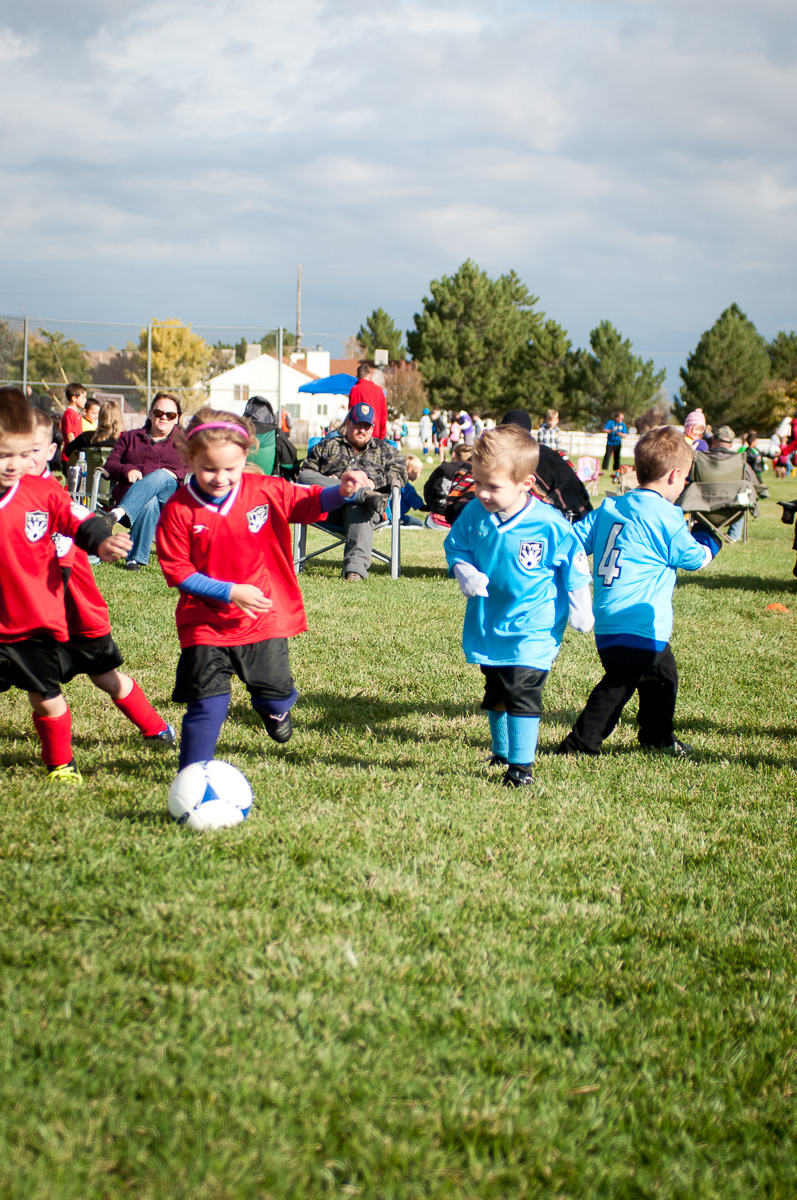 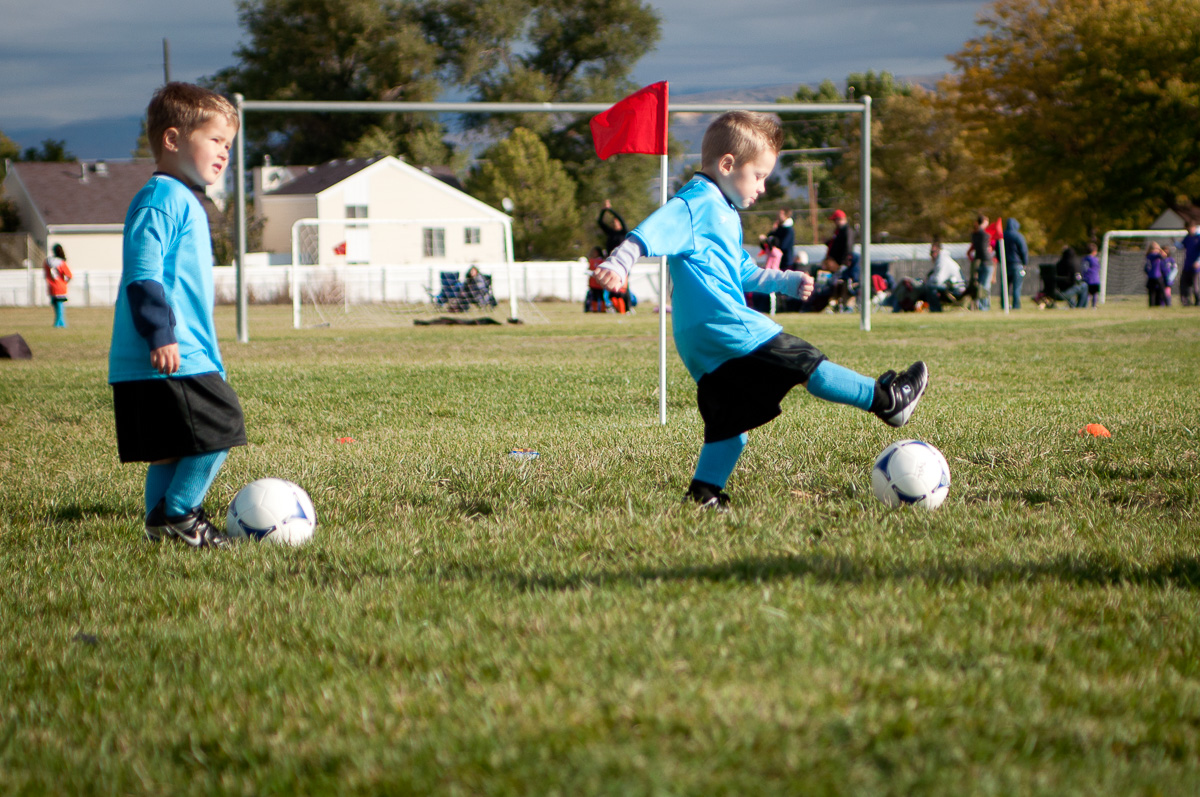 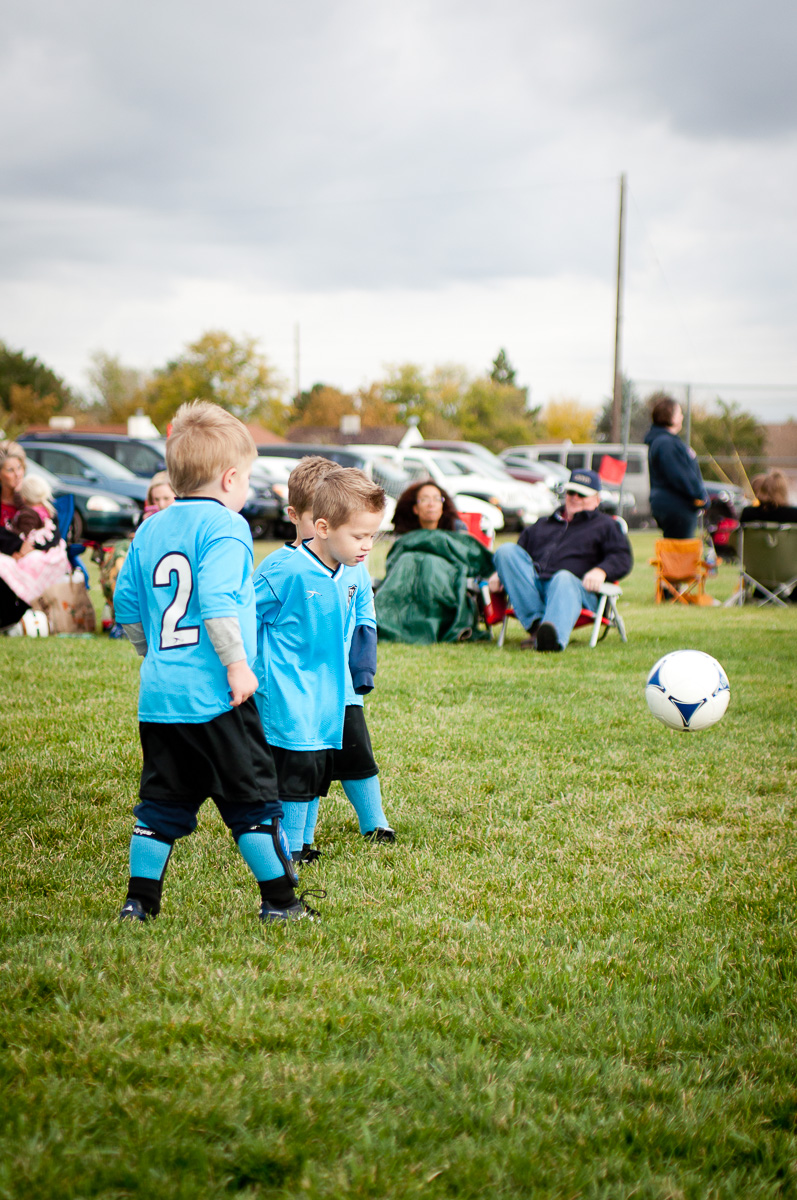 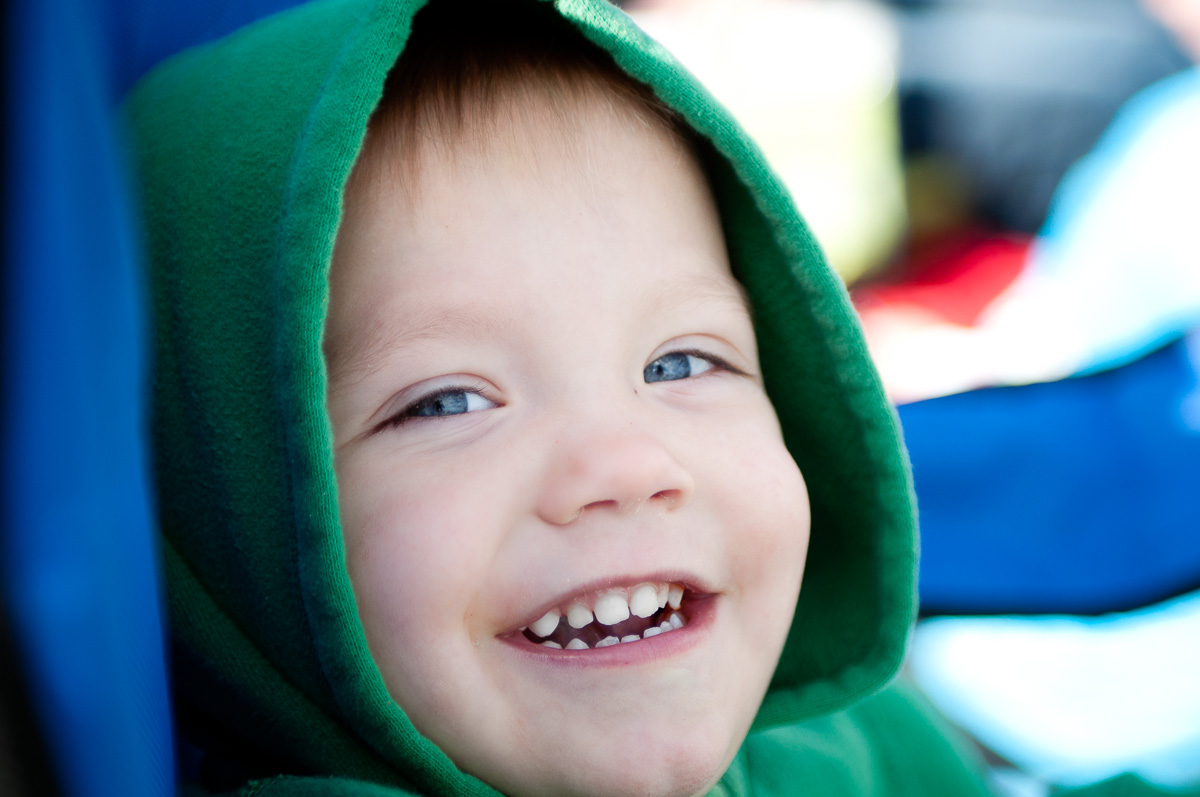 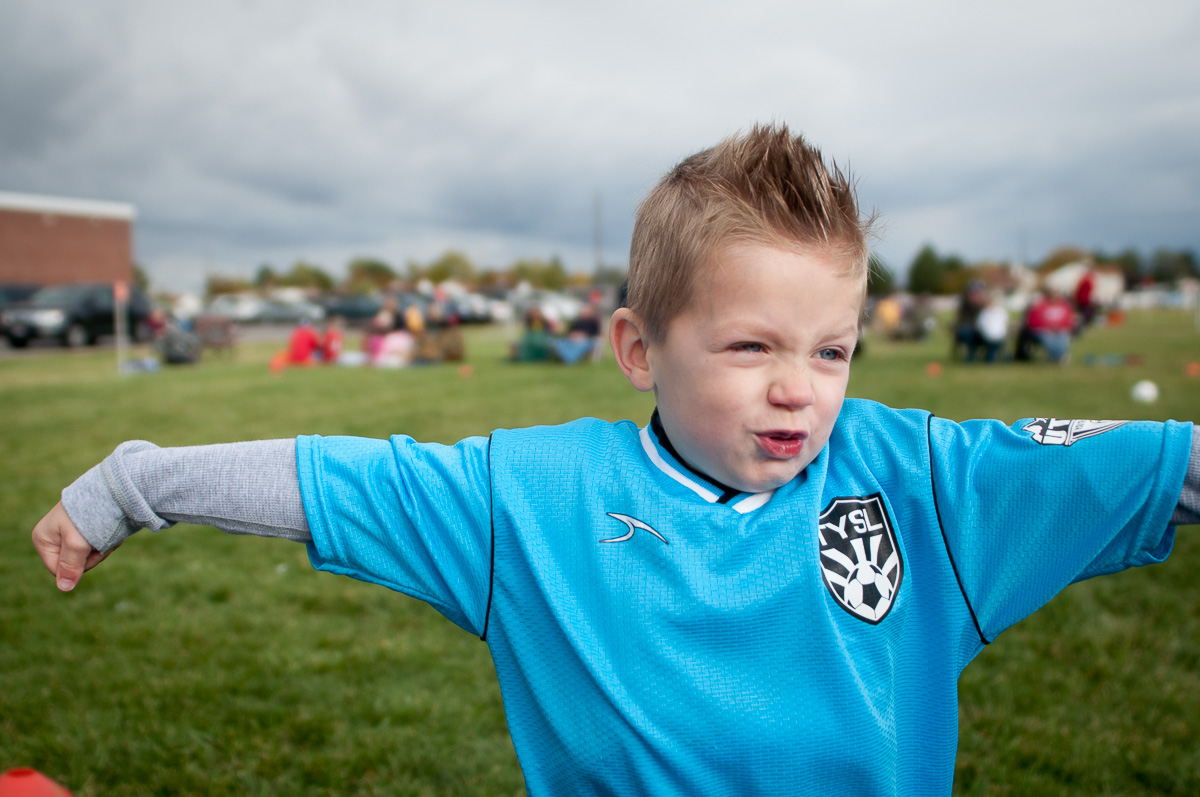 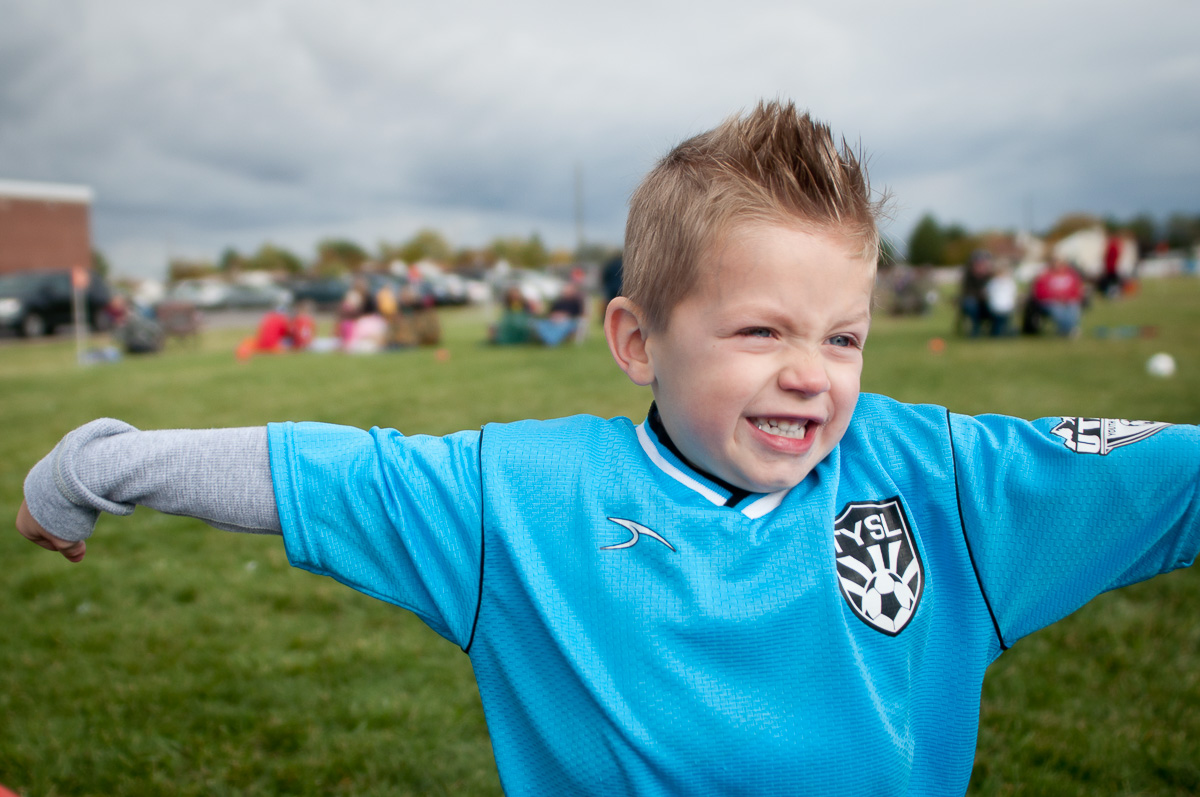 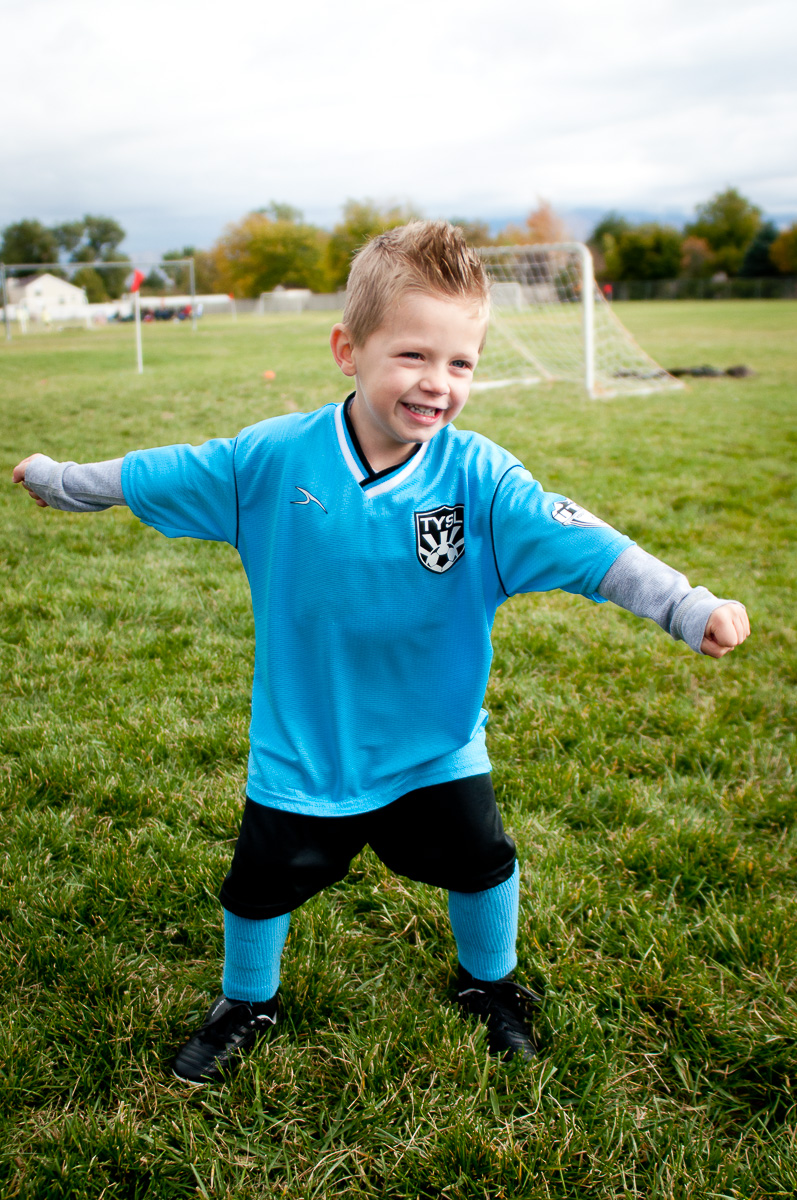 If Blake ever happens to tap the ball, he immediately turns to me to give me the thumbs up symbol (while the ball is stolen from the other team).

This whole experience has caused me to think about pushing our kids to do hard things, teaching them to commit to what they start, helping them discover their natural talents and abilities, and the expectations we place on them. In the end, I think it has been good for Blake to be challenged, to adapt, and to accomplish something hard, even if he never becomes an all-star soccer player.

We’ve been showering him with praise for the improvements he’s made since that first game. And when we say, “We’re proud of you, Blake,” he responds, “I’m proud of me, too.”